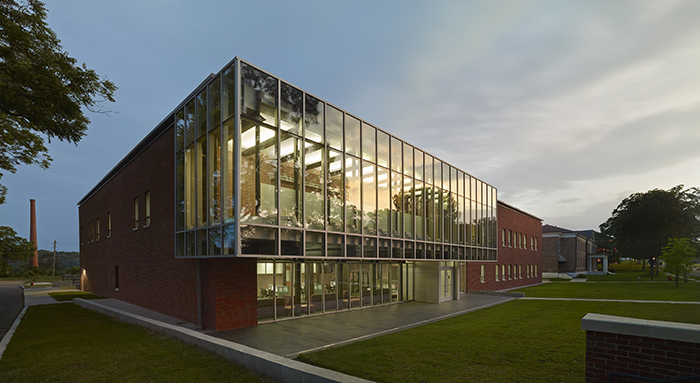 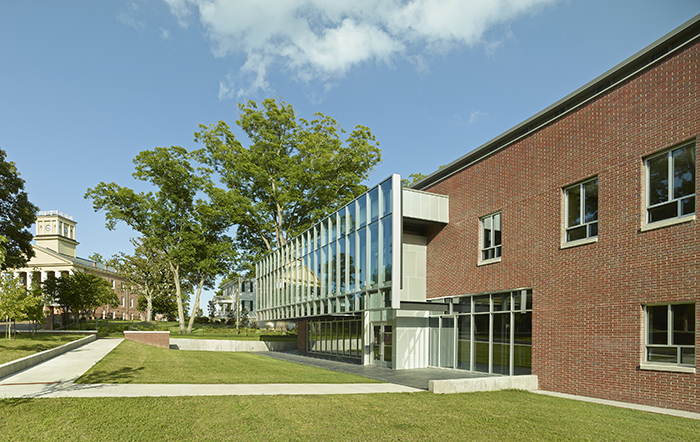 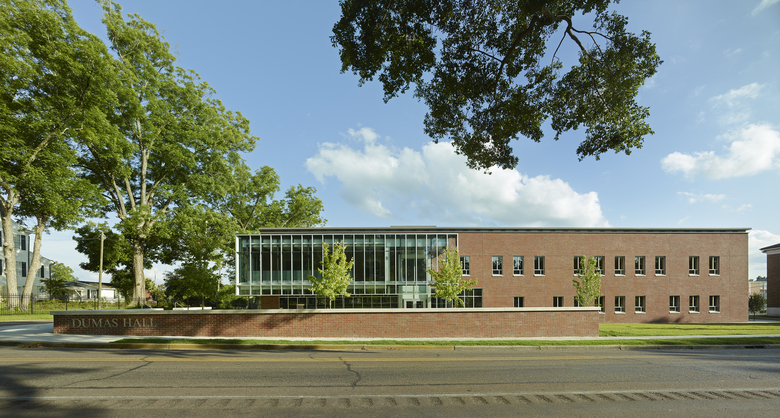 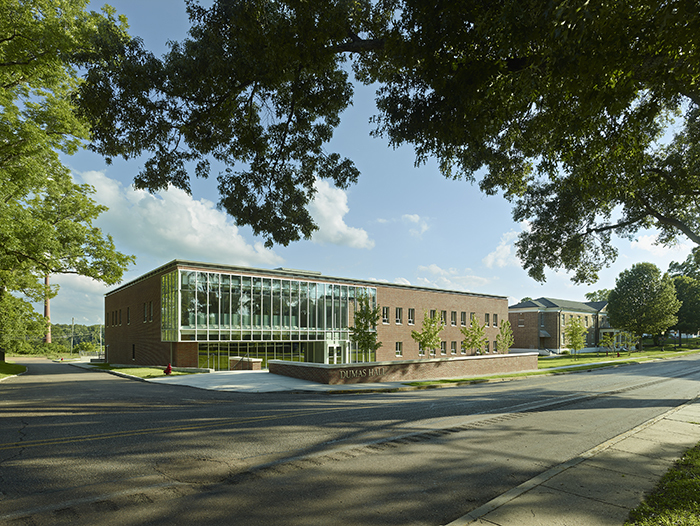 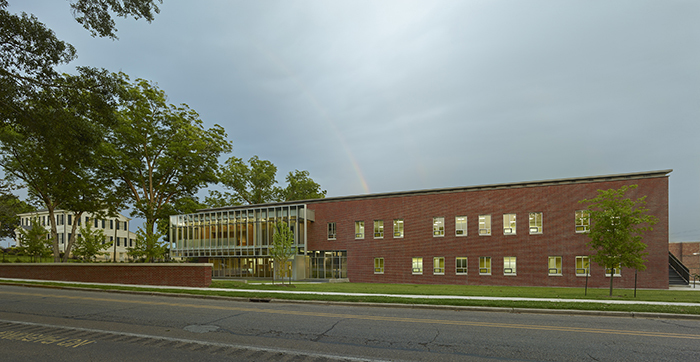 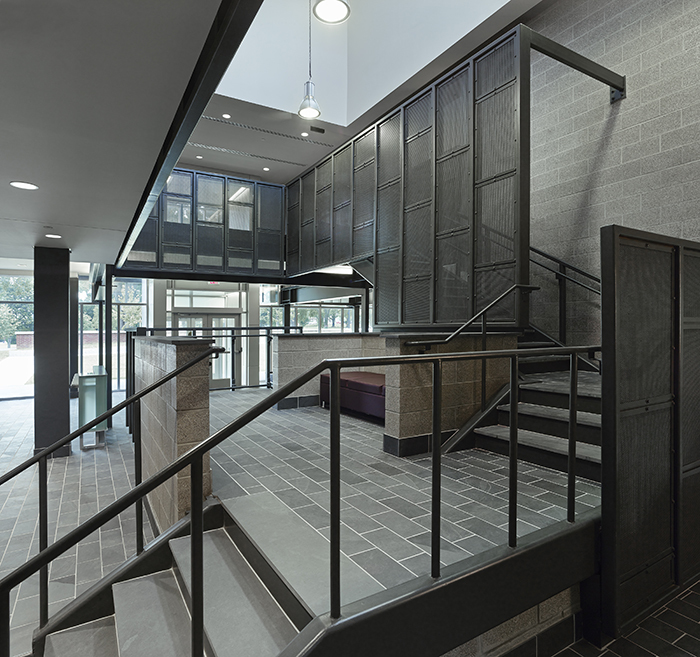 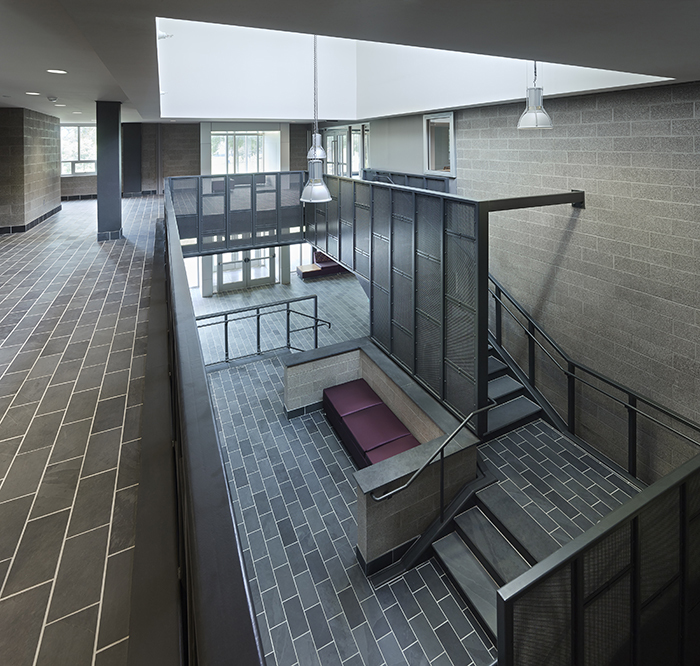 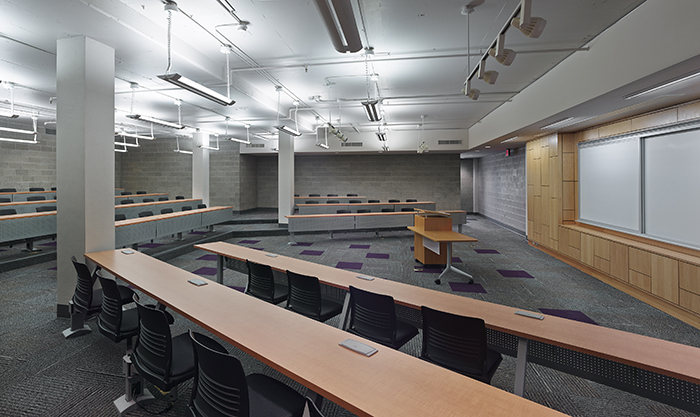 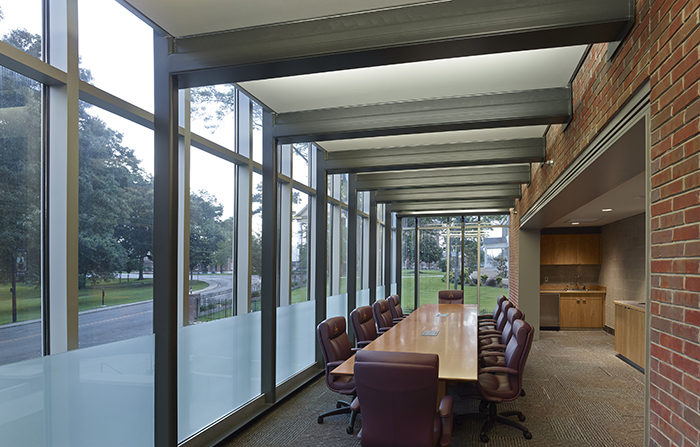 Dumas Hall has served as the university library, science building, and as a general classroom building. It is located along the eastern side of the center campus green, between the historic president’s house and chapel, and a porch-fronted row of two-story brick residence halls to the west.


The program called for the demolition of Dumas Hall and a replacement building on the same site to serve as the home for the Business School. However, after a careful program-plan effort and forensic evaluation of the existing building, it was determined that, while most of the buildings systems and enclosure had failed, the concrete frame structure was stable and valuable. By saving the structure and rebuilding on and around it, the project saved a significant amount of funds as well as four months of construction duration. This single decision allowed for the design of a durable, energy efficient new classroom building within the funds available. The envelope and attic provides a vented architectural umbrella to reduce external heat gain and a fully baffled pressure-equalized brick veneer rainscreen exterior wall system.


The new building now serves both the undergraduate business program and other academic classes and meetings. The new cantilevered-porch conference room has become the most desired meeting space on campus.T