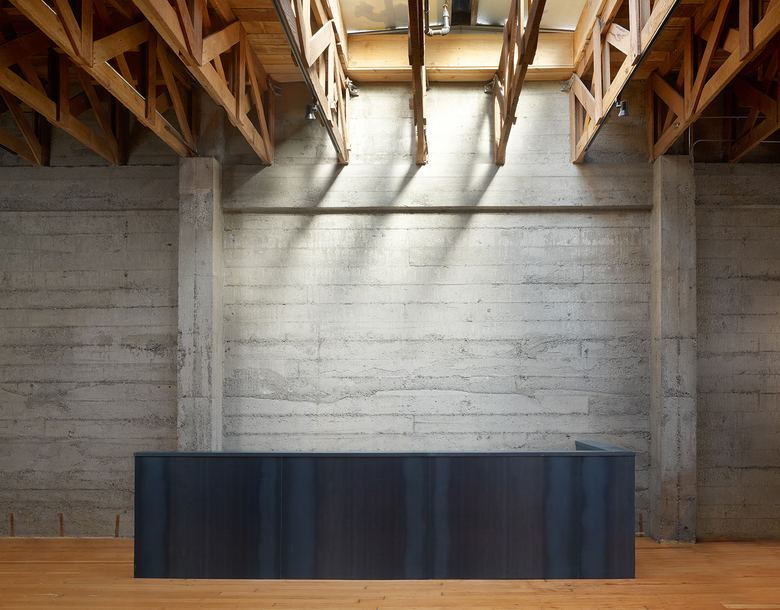 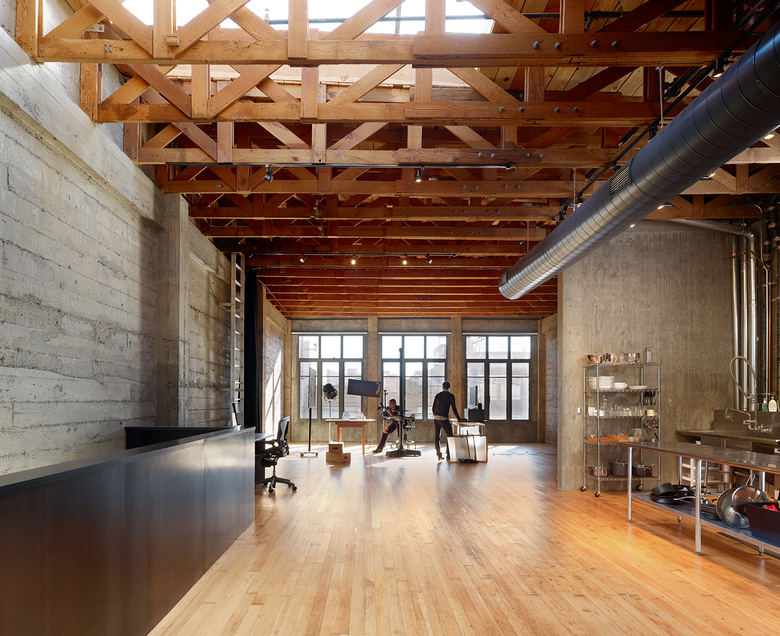 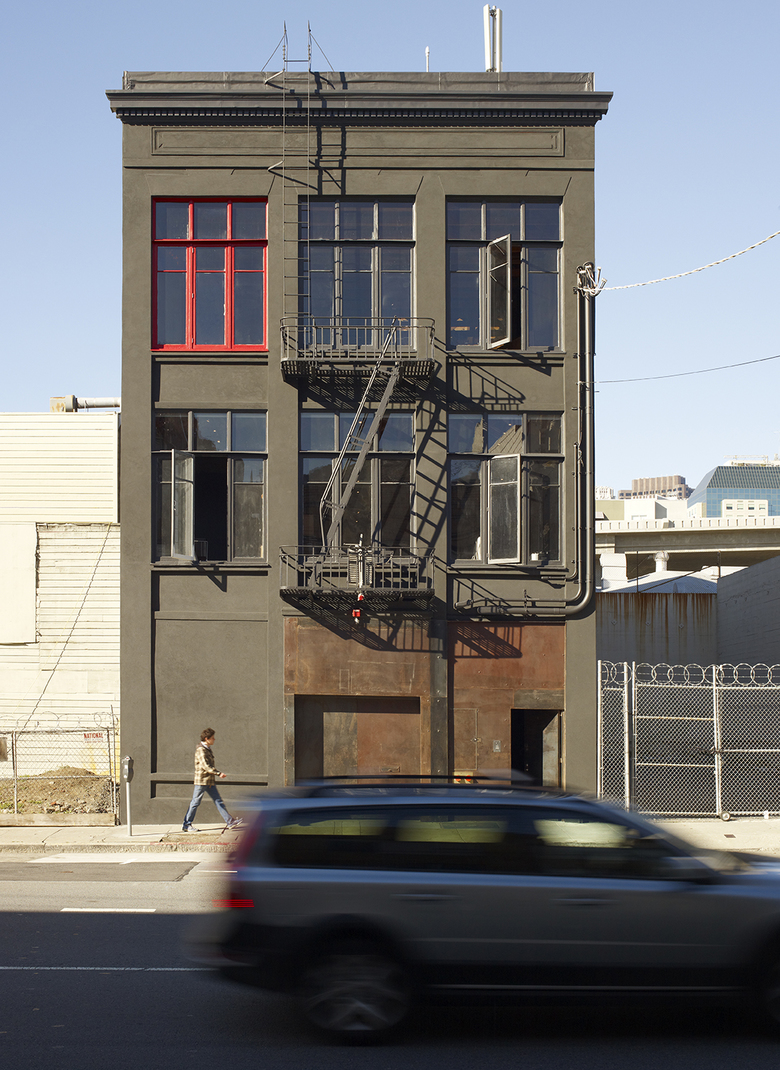 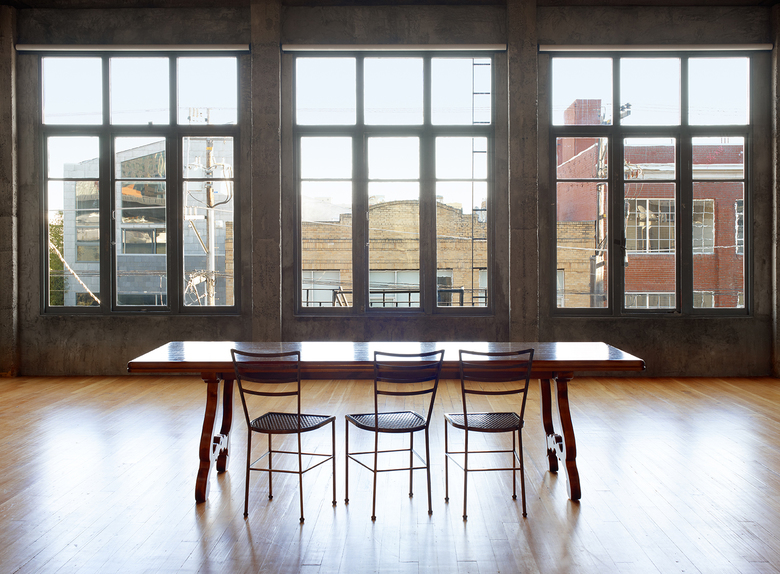 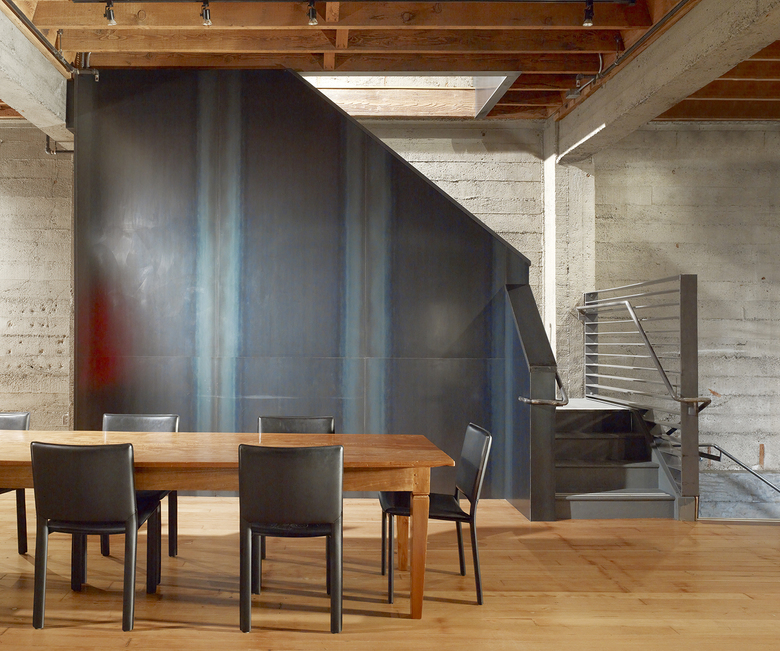 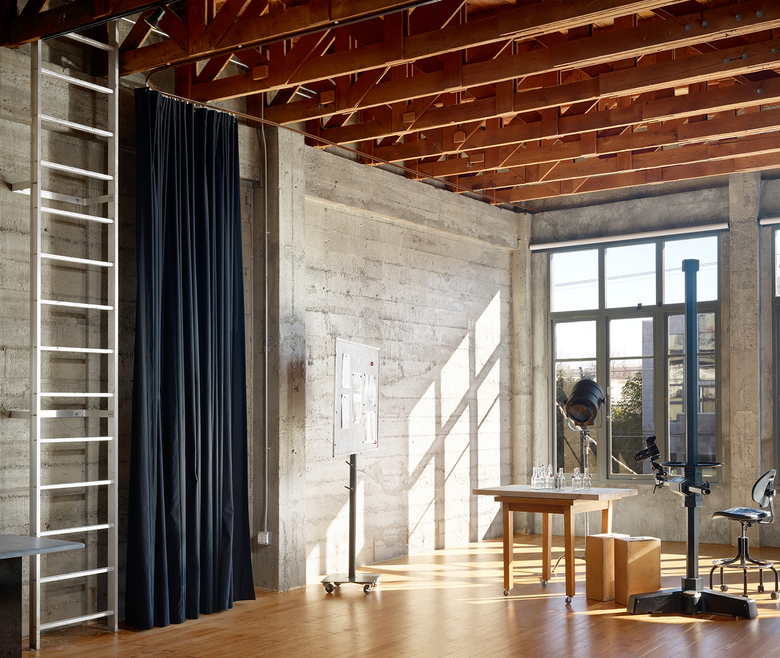 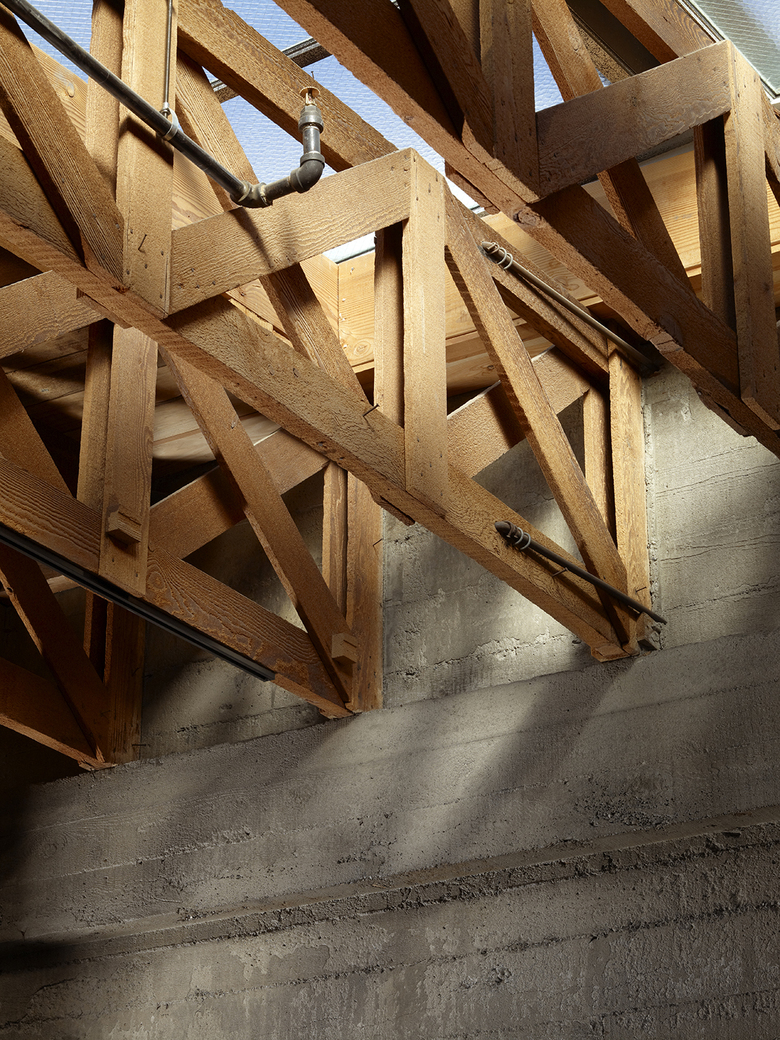 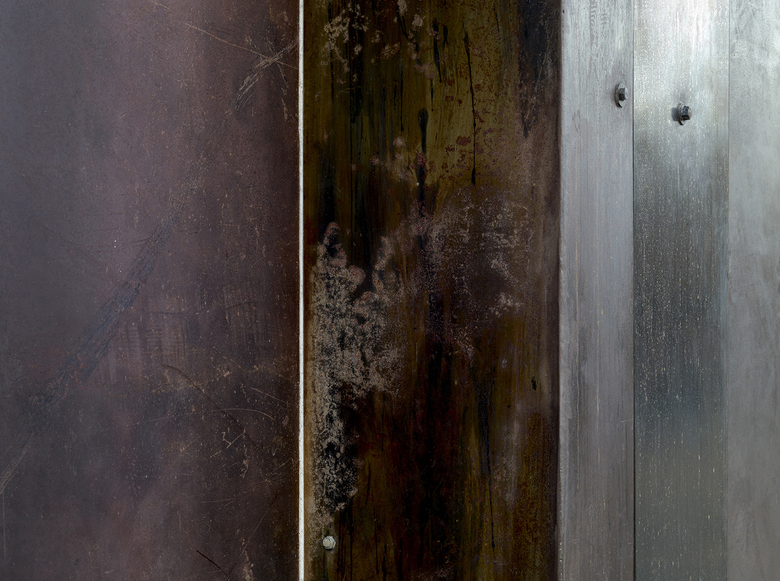 A vintage 1930s concrete warehouse building in the heart of SOMA provides the new quarters for a thriving commercial photography studio. The sandblasted concrete and wood framed structure reveals a raw minimalist interior which elevates the haptic material qualities of the space. New programmatic elements are sheathed in hot rolled steel plate rendering a somber monastic aesthetic in which natural light completes the composition. Floor-to-ceiling black velour curtains separate dynamic space, their soft diffuse volume are in stark contrast to the tectonic mass of the stainless steel which forms the programmatic core of the project. The existing industrial glazing is re-scripted to form a layered space of interior partitions that reflect the buildings original industrial simplicity.

Each element of the original structure was examined pragmatically to reveal its potential to enhance the functional performance of the future studio. The original windows were largely intact glazed with the original wired “bubble” glass, which produced a perfect diffuse light. These were individually inventoried, removed, and replaced in the original refurbished frames. Broken glass was replaced with salvaged materials from similar buildings. The functional program called for only natural lit studios and photo card grey backgrounds making the original windows and coarse concrete property walls an asset to the project. The building interiors were kept raw allowing the large studios to be stripped of the palimpsest tangle of wires and pipes that were the accretion of decades of electrical, plumbing, and assorted systems, leaving them bare of artificial light.

To clearly distinguish from the salvaged original structure, all the new infrastructural elements were designed to contrast in compliment to the “highlighted” elegance of the no-nonsense bones of the warehouse. The new concrete shear walls were slip poured in smooth forms to offer a clear and distinct departure from the rough board formwork of the property line bearing walls, while maintaining the somber matte interior finish of the character defining massive mineral elements of the space. Into this seismic intrusion, which was by necessity perpendicular to the original massive walls, was placed the new kitchen programs and code compliant vertical circulation.