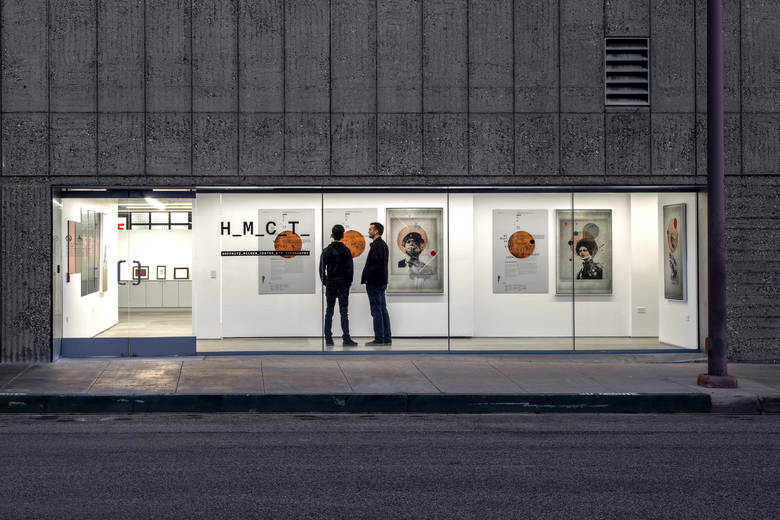 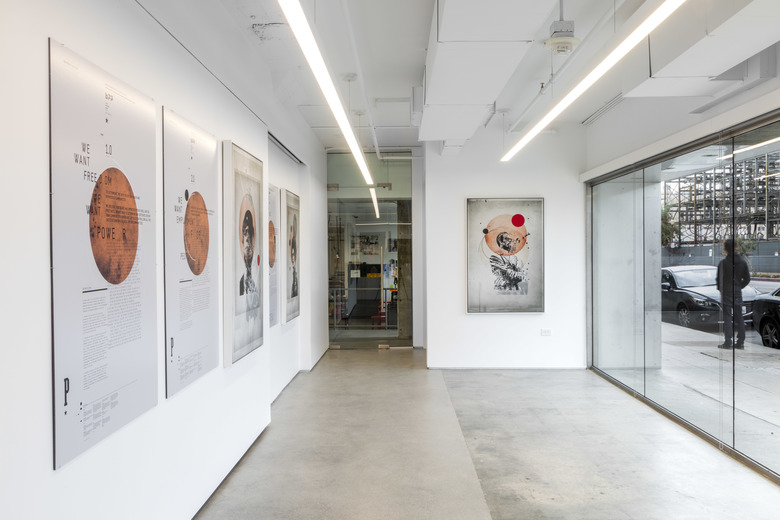 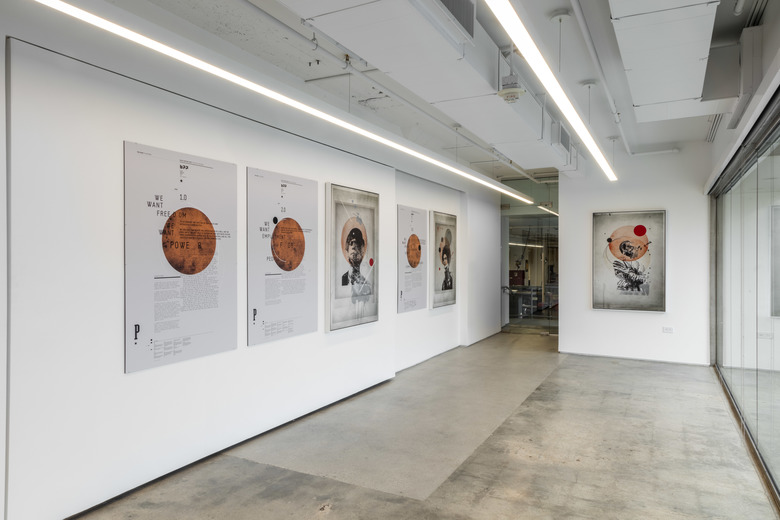 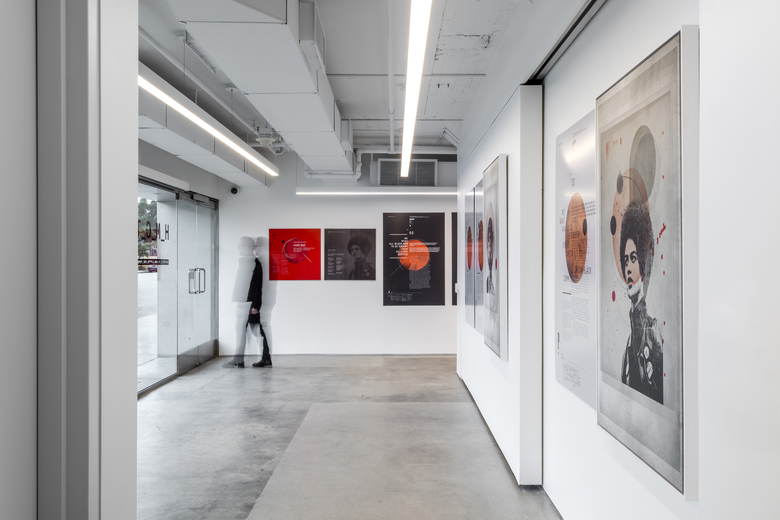 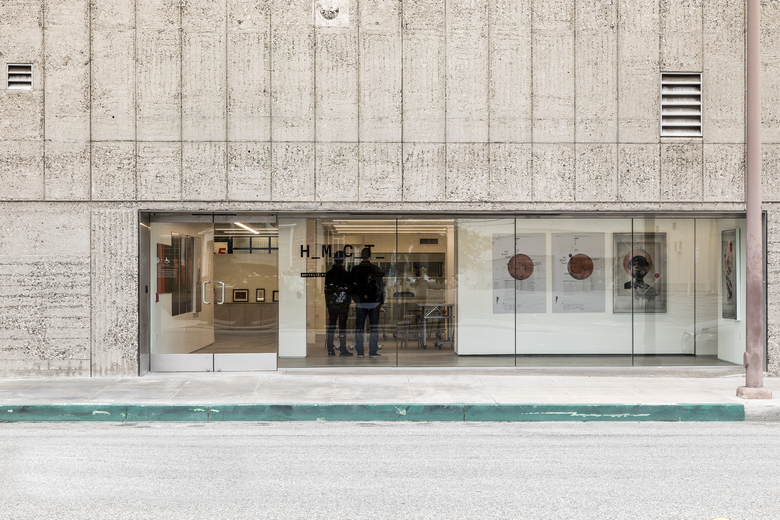 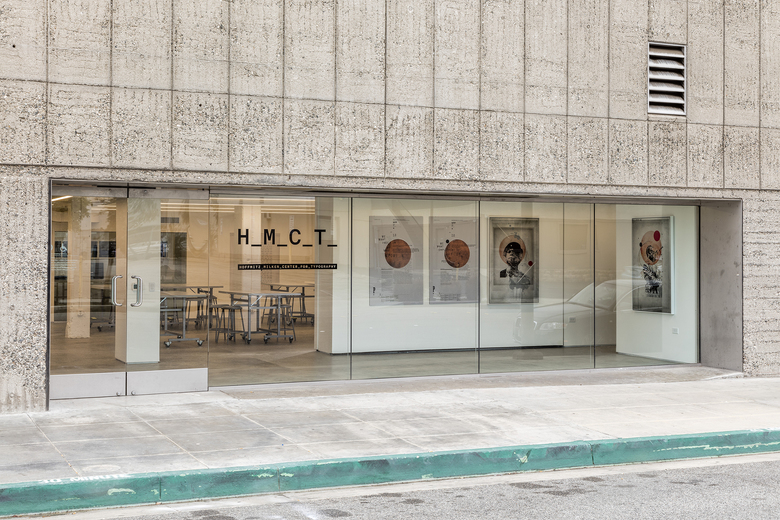 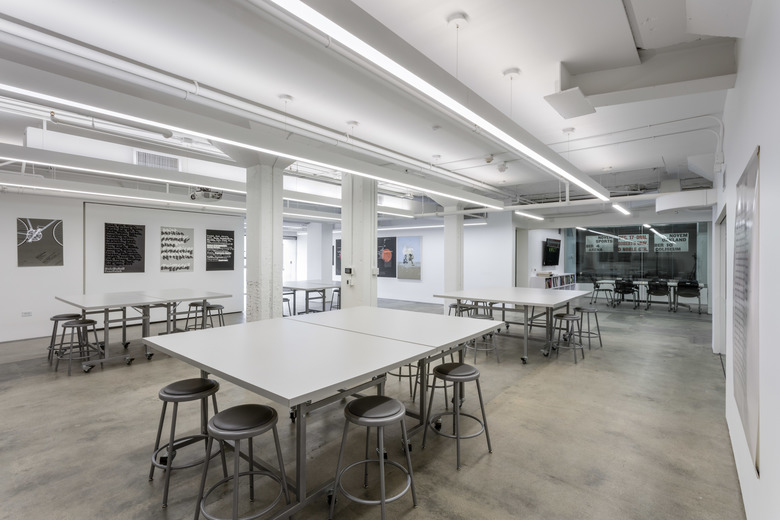 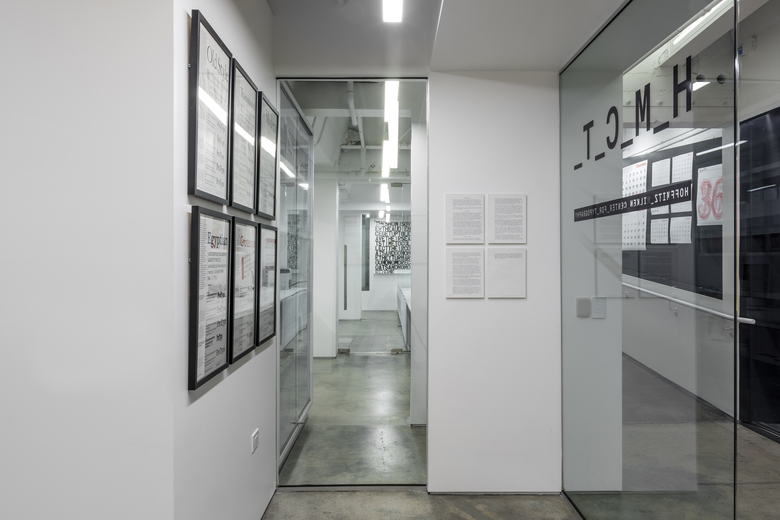 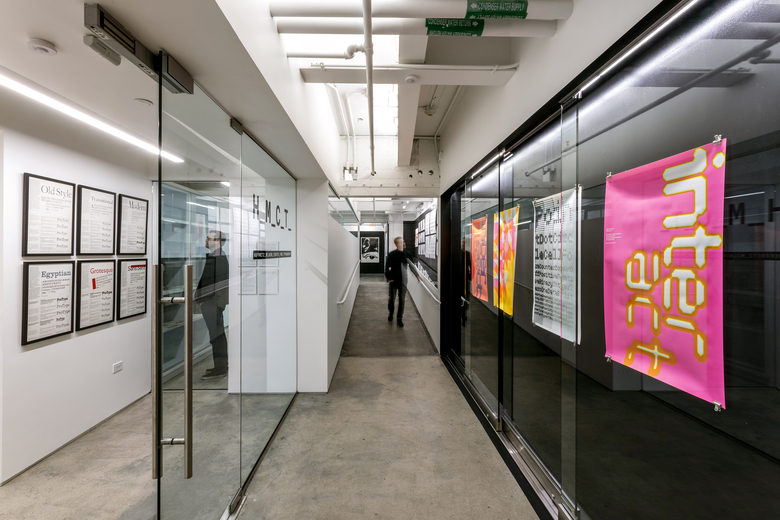 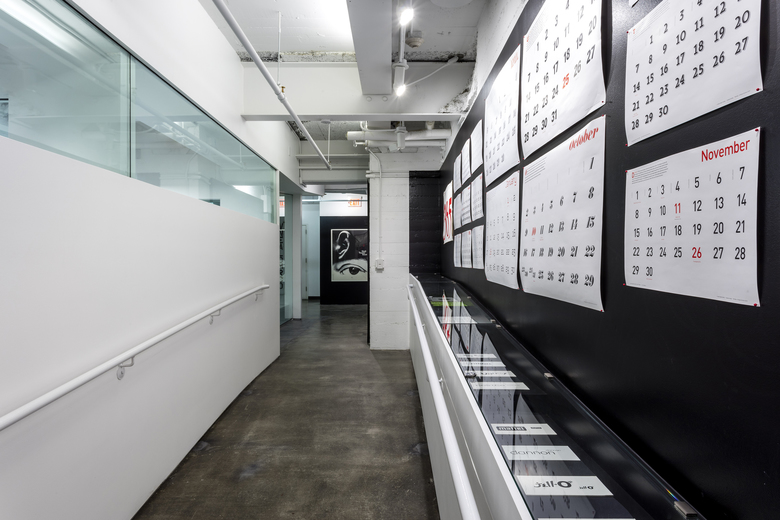 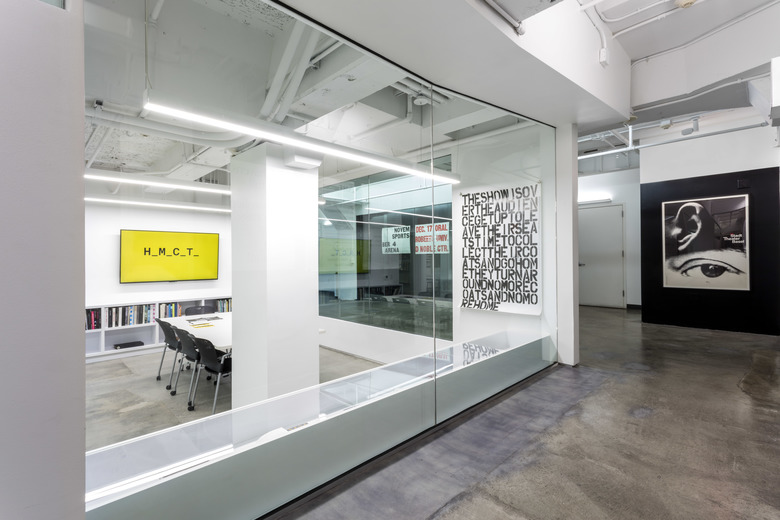 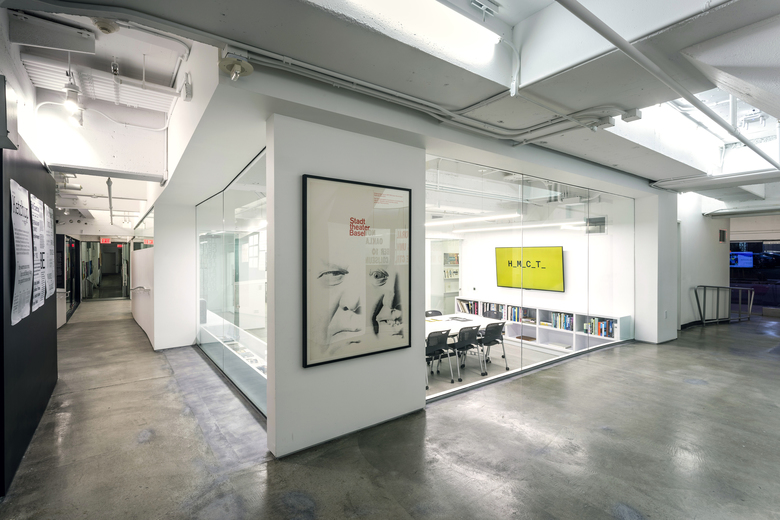 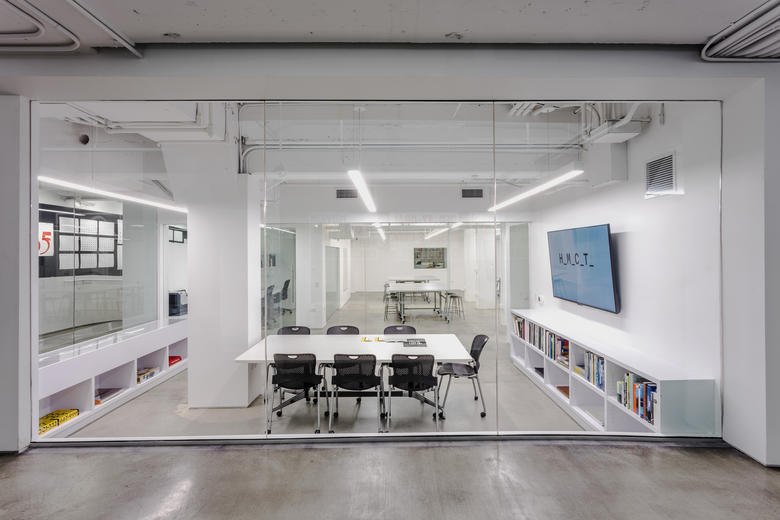 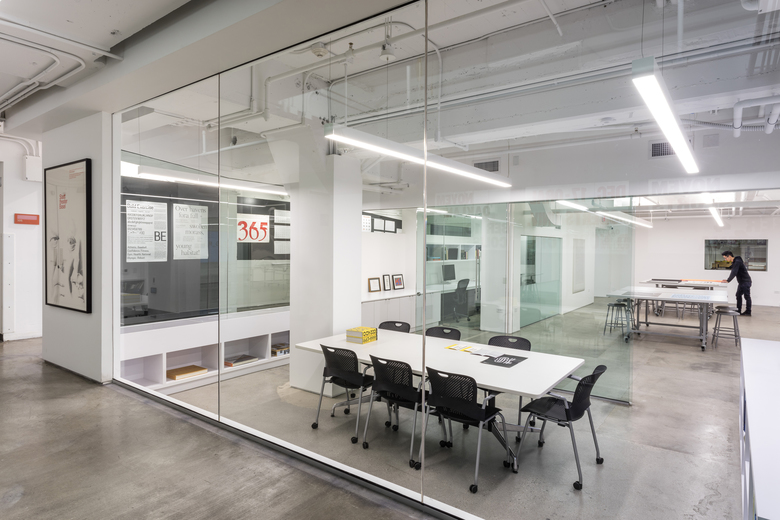 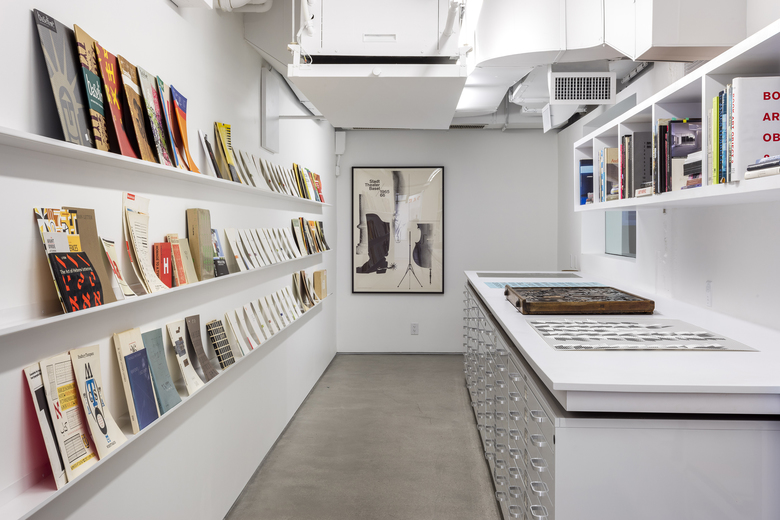 "As the Digital Age continues to increase our interaction with screens, typography, which has always been a core element of graphic design, has become increasingly vital to our visual culture. Consequently, Art Center developed a plan to become a central and influential force in this burgeoning field by providing a dedicated space to advance the research, teaching and understanding of letterform design and typography. To that end, in 2015, the College founded the Hoffmitz Milken Center for Typography (HMCT) in memory of Professor Leah Hoffmitz Milken, a well-known typographer, letterform designer and esteemed Art Center faculty member. HMCT was designed to become home to and a catalyst for the enhanced study of typography and letterform design."
Art Center College of Design

The program consists of gallery, workshops, archives, conference area, offices and support spaces. The project located in the modest footprint of the former print making studio in the ‘wind tunnel’ building at 950 South Raymond Street, needed to function as forum, lab, research center and think-tank. The production and display of letterform across scales and mediums became the primary driver for the design organization along with formal operations deployed to create new visual connections and display opportunities.