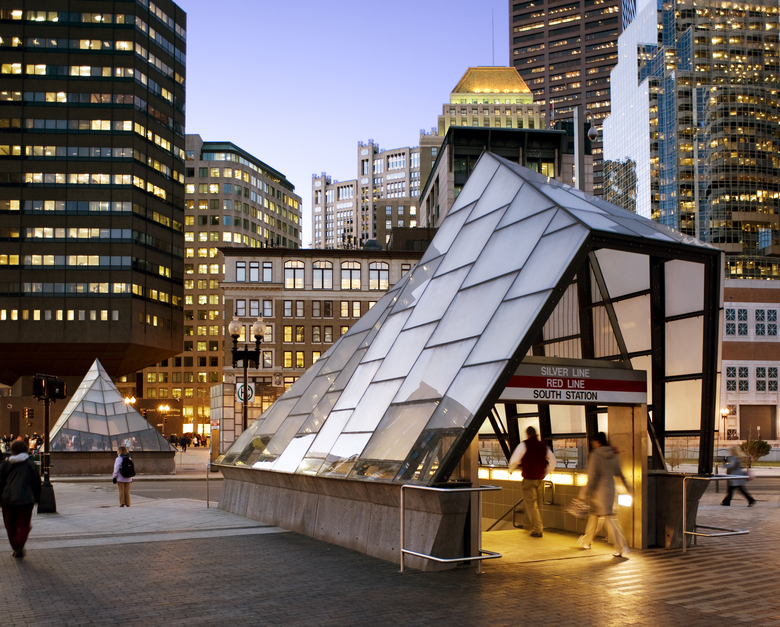 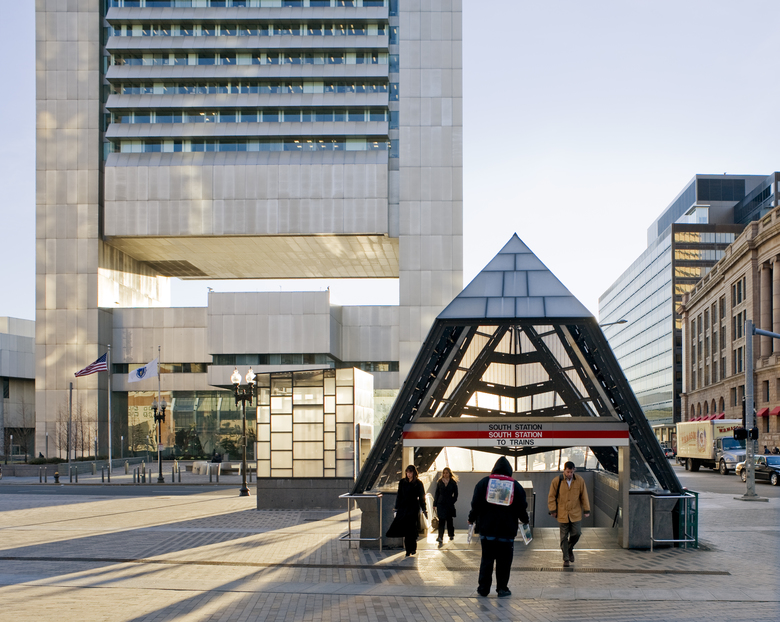 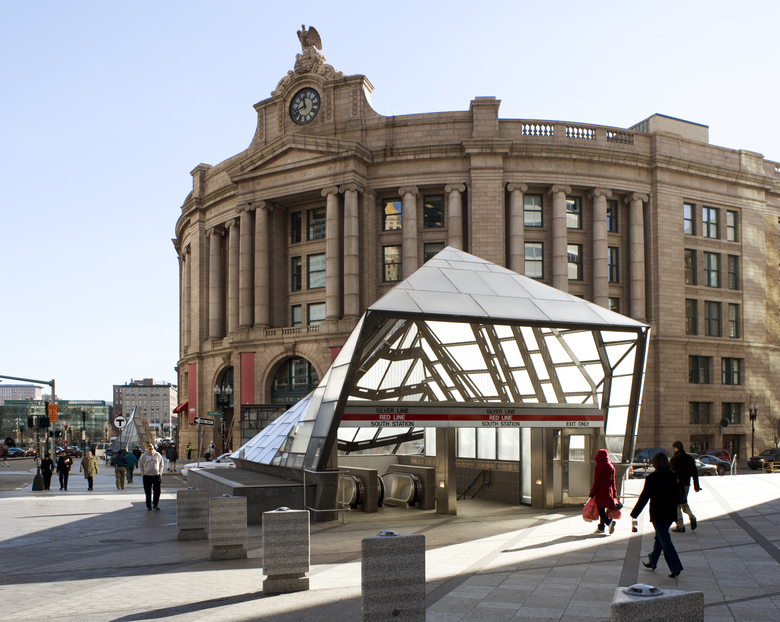 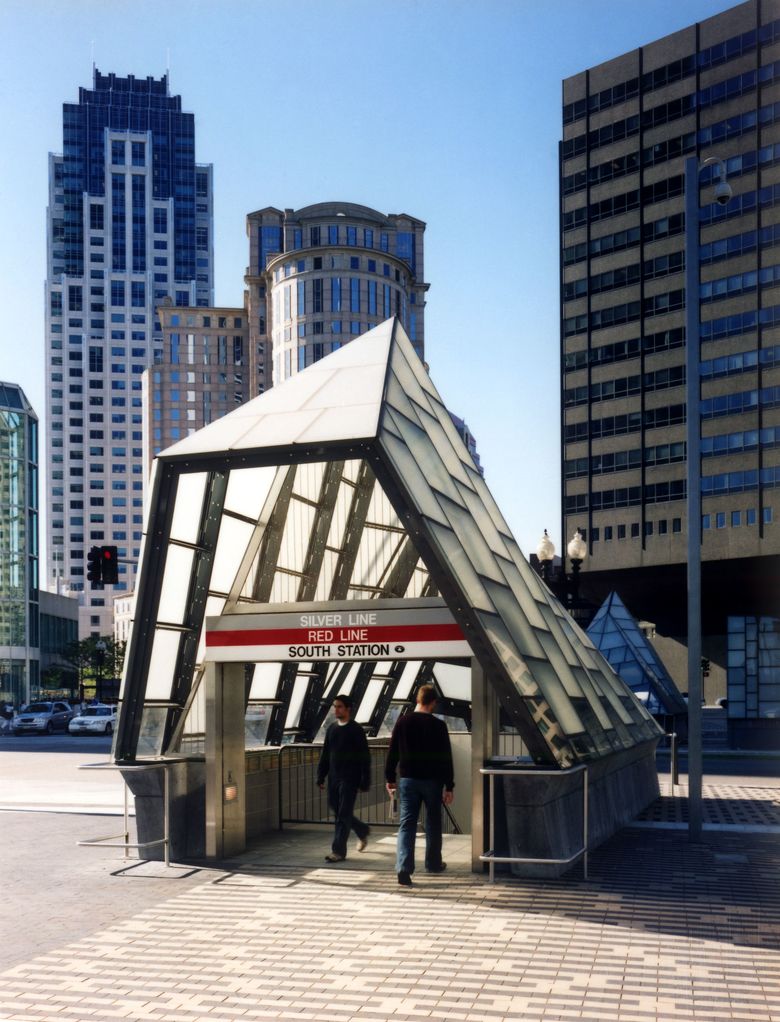 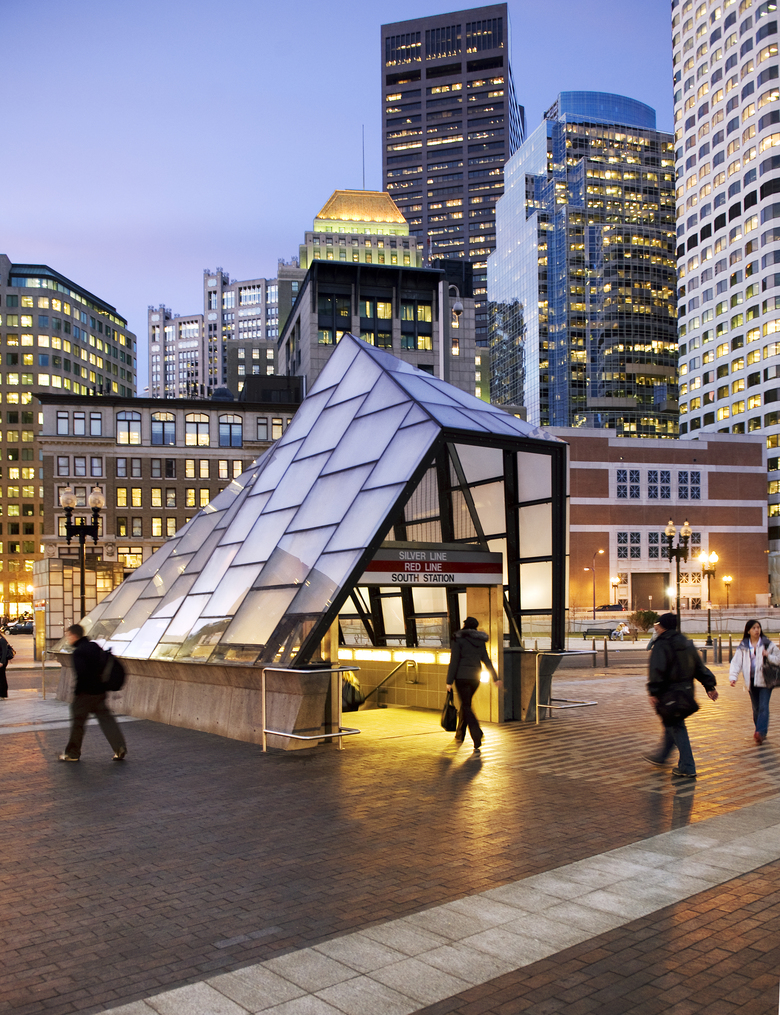 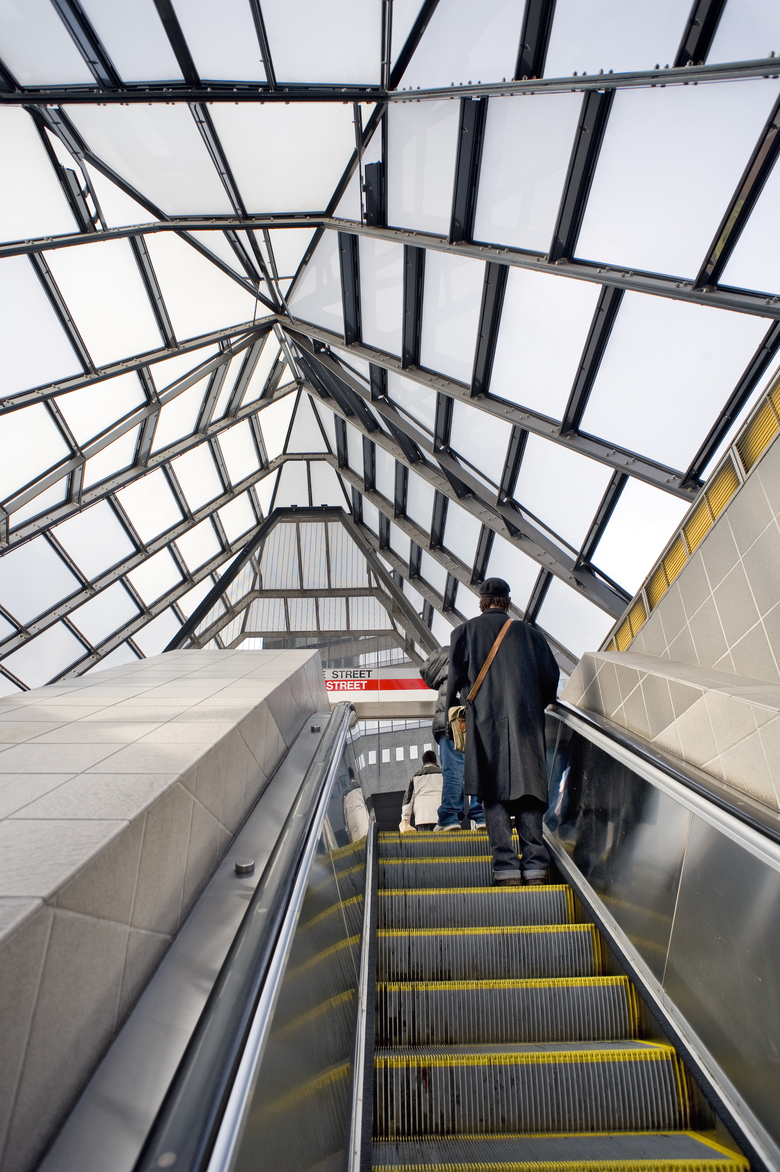 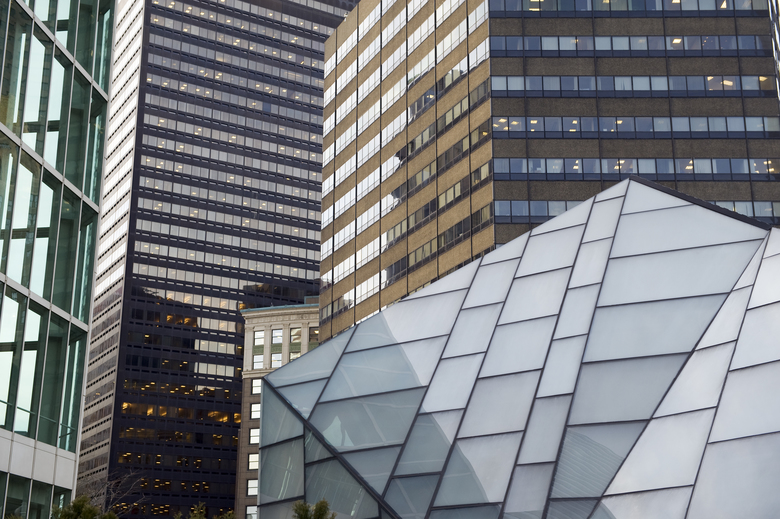 A master plan and urban design for the Dewey Square precinct in Boston’s Financial District, the project comprises a privately funded redesign of the surface restoration above the Central Artery/Tunnel Project. The design expands the scope of the previous plan to include the sizeable privately owned plazas that abut the square, and re-conceives the entire area as one urban space with a single contemporary character unique within the city.

In attempting to maintain the space as a distinctive, inclusive, and progressive public plaza, the proposed guidelines promote a condition of orchestrated variety through several components. The square’s overall pavement serves as a continuous carpet of stone and concrete onto which a series of disparate objects are placed. The pavement’s patterns reflect the large scale of the plaza, with a giant order of stripes that adjust in width to accommodate the different objects. Each object is carefully orchestrated in order to establish visual relationships with the main pedestrian thresholds into the square.

Designed and implemented by the office, glass-louvered head houses leading to the underground subway give the precinct a distinctive identity and serve as glowing beacons at night. The glass lobbies of the surrounding office buildings inspired the concept behind these structures, with the completed head houses acting as a public version of these private spaces, in order to support urban activities in the newly revitalized Dewey Square.