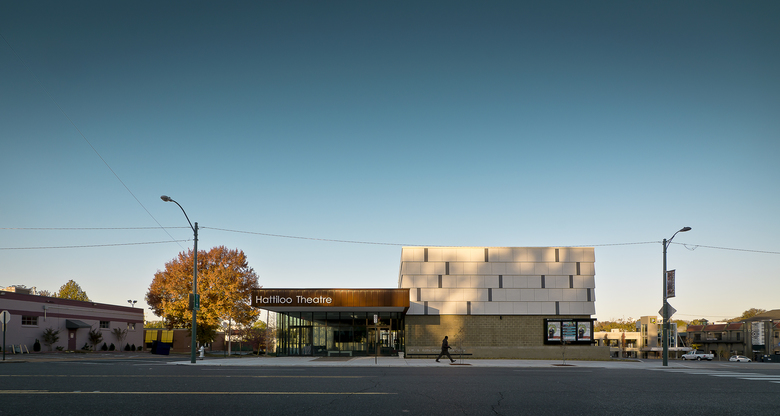 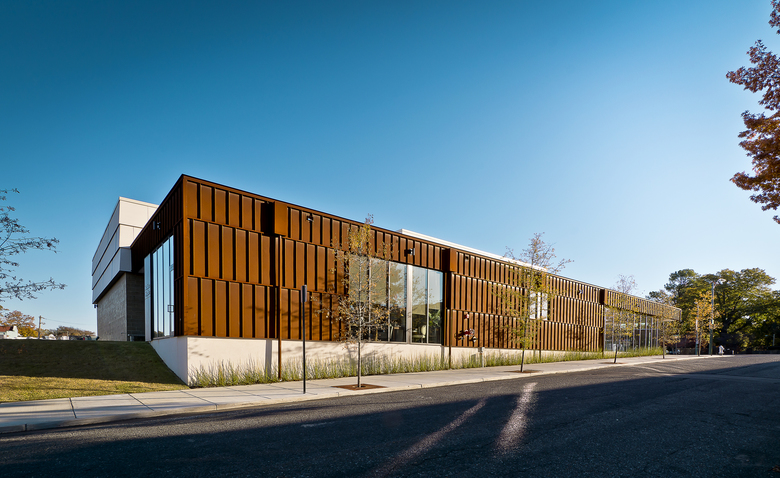 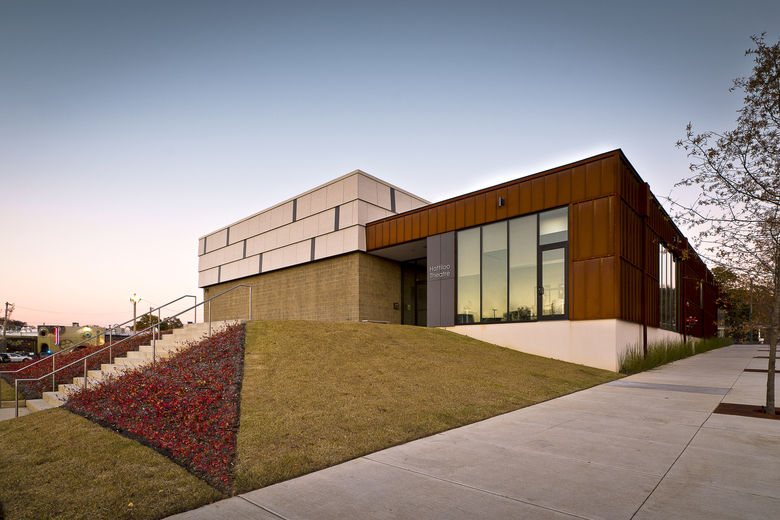 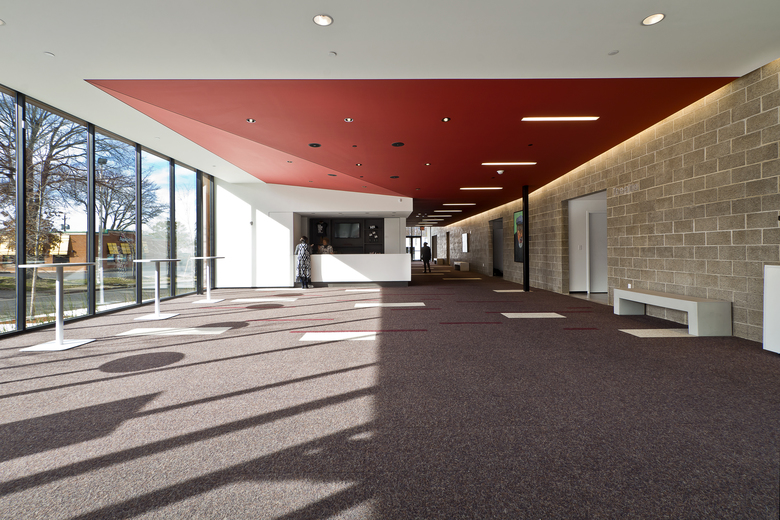 The first black repertory theatre in Memphis relocated from their start-up space to an existing parking lot in an urban entertainment district currently undergoing a resurgence. The new building allows the region’s only black repertory theatre to have its own identity and establish a presence on the corner of a main artery into the district.

The new theatre had a modest budget for a modern day theatre based on other precedents and case studies. Knowing there was a tight budget, we formulated an early strategy with two goals: 1. Define components that were permanent and components that could be added over time based on continued fundraising and profit (this would allow the theatre to add lighting, etc., but not sacrifice building quality), and 2. Keep it simple.

The building is divided into two main programmatic volumes; the performance volume, which features two black box theatres and supporting spaces, and an administration volume. Conceived as windowless boxes, the two theatres occupy the northern edge of the site, abutting a neighboring parking lot. The irregular massing is reflective of the required internal volume, yet both boxes are clad in a shingled siding that lends continuity and texture to an otherwise blank façade. The lower volume houses the entry lobby, ticketing and administrative spaces and presents a welcoming pedestrian scale along the southern edge of the secondary street (Monroe Avenue).

Cor-Ten cladding was used for its ability to weather and oxidize over time and add to the unique character of the entertainment district while adding a distinct permanence to the building.

West Tennessee School for the Deaf