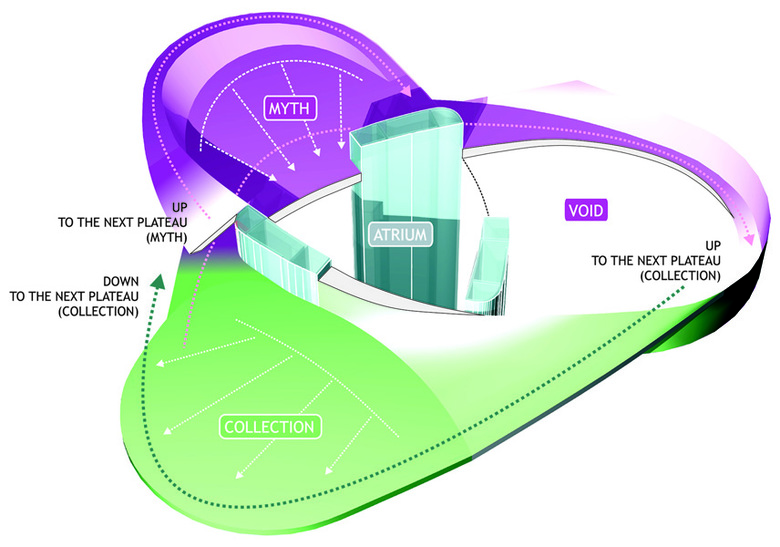 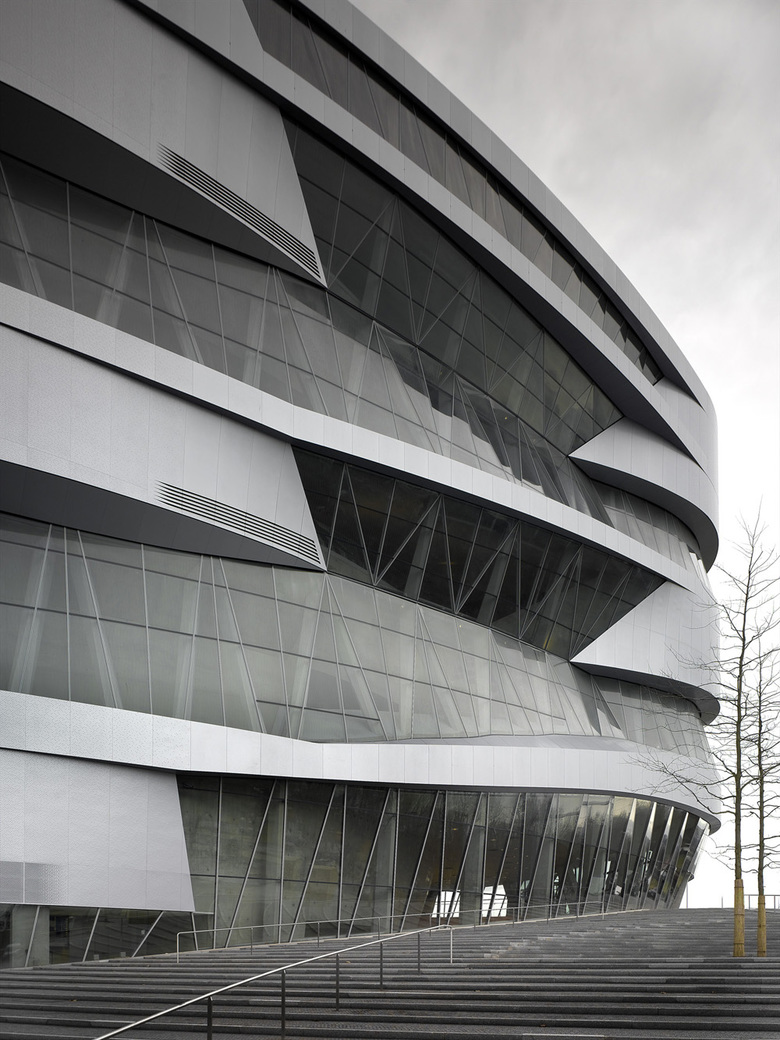 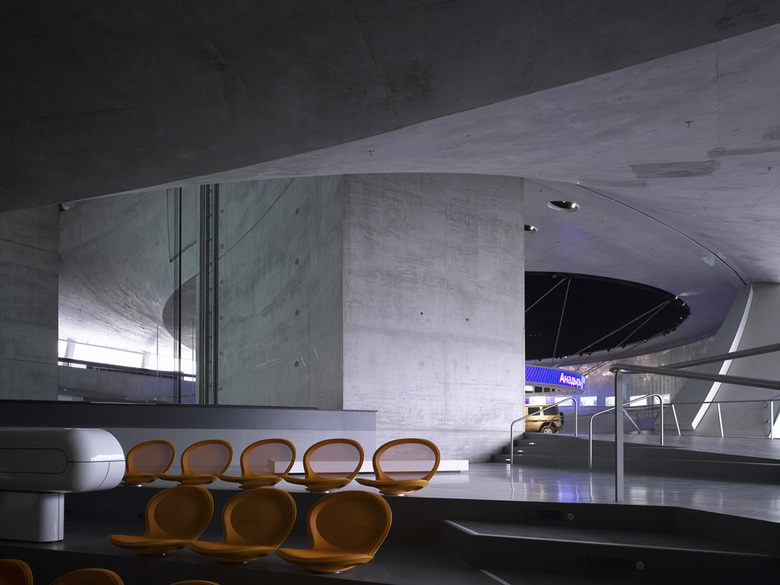 The Museum’s sophisticated geometry synthesizes structural and programmatic organizations resulting in a new landmark building celebrating a legendary car. The geometric model employed is based on the trefoil organization. The building’s program is distributed over the surfaces which ascend incrementally from ground level, spiraling around a central atrium. The Museum experience begins with visitors traveling up through the atrium to the top floor from where they follow the two main paths that unfold chronologically as they descend through the building. The two main trajectories, one being the car and truck collection and the other consisting of historical displays called the Legend rooms, spiral downwards on the perimeter of the display platforms, intersecting with each other at several points allowing the visitor to change routes.