As founder, chairman and director of design of Auerbach Glasow and Auerbach Pollock Friedlander, Len Auerbach brings over 45 years of professional experience and international expertise in theatre consulting to his practice.  With hundreds of projects to his credit, his experienced leadership and personal involvement assures the highest level of design and quality of work.

His approach to theatre, architectural lighting, audio-video and multi-media consulting combines a background in architecture with his scenic and theatrical lighting design experience gained in New York and at leading regional theatres.

In 1968, he left his position as resident lighting designer at the Tyrone Guthrie Theatre in Minneapolis and joined the consulting firm of Bolt, Beranek, and Newman in New York, ultimately becoming director of their theatre consulting services in San Francisco.  In 1972, he formed, Piacentini/Auerbach which became S. Leonard Auerbach & Associates, Inc. in 1973.  In 2002 the growth of the firm culminated in its reorganization into Auerbach Pollock Friedlander and Auerbach Glasow.

• The Academy of Music, Philadelphia, Pennsylvania

• Master of Fine Arts., Carnegie Institute of Technology, Theatre Architecture with a Heinz Fellowship for the Fine Arts

• International Society for the Performing Arts, Board of Directors

• Architecture Department of the University of California at Berkeley, Instructor 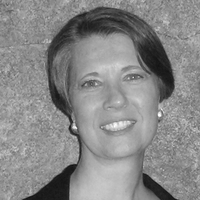 Patricia Glasow has designed and managed hundreds of lighting projects. Her strength and success lies in the blending of design and technical expertise. She is collaborative and proactive. Her work is unique to each project and her signature is the quality and care she brings to each design. Her project work includes designs for interior and exterior environments in North America, Asia and Europe

She joined the firm of S. Leonard Auerbach & Associates in 1984.  In 1994, the lighting division of the firm became Auerbach Glasow.

Ms. Glasow has received numerous lighting design awards from industry organizations, including the International Association of Lighting Designers, the Illuminating Engineering Society and the General Electric Edison Awards.  In 2013 she was awarded the Sol Cohn Award by the San Francisco Section of the Illuminating Engineering Society presented for service to the lighting field.

• Professional Member of the International Association of Lighting Designers