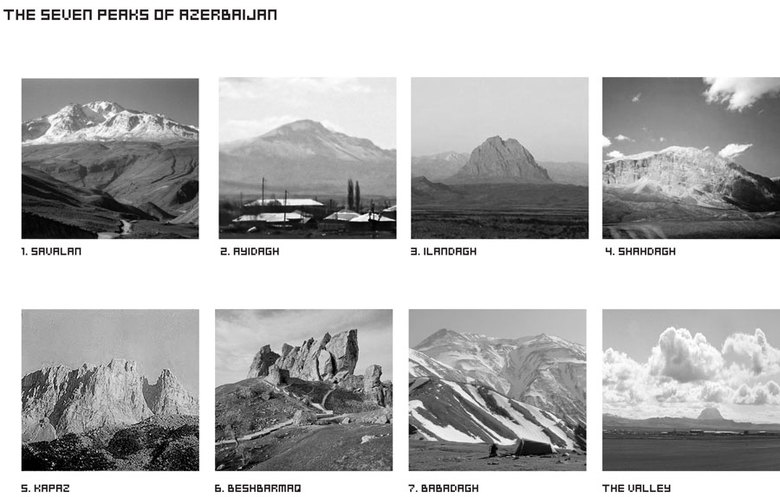 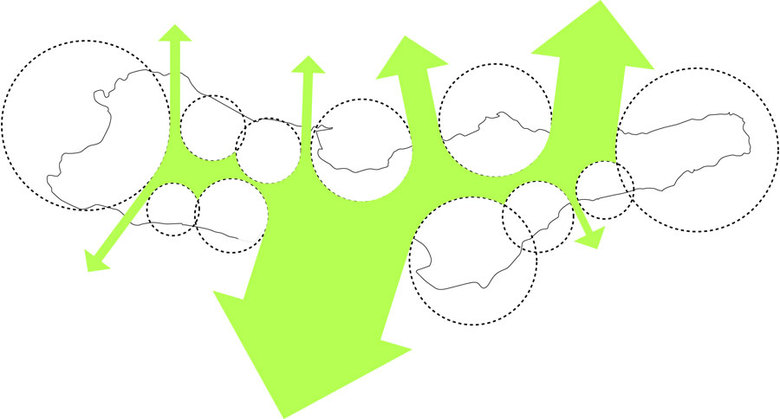 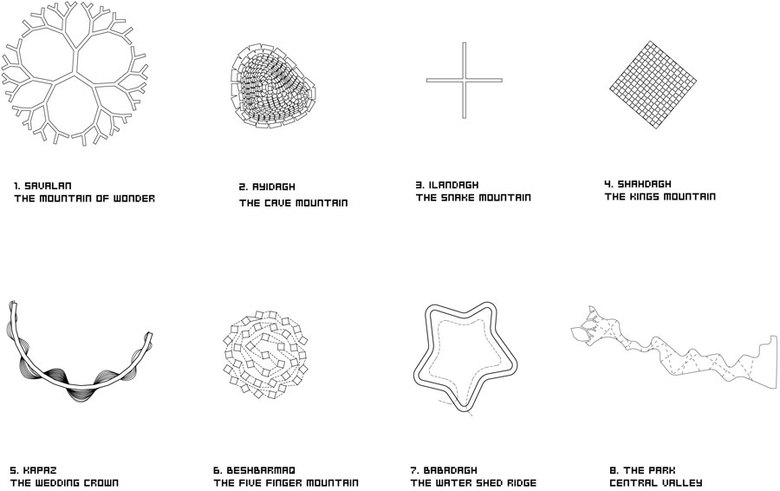 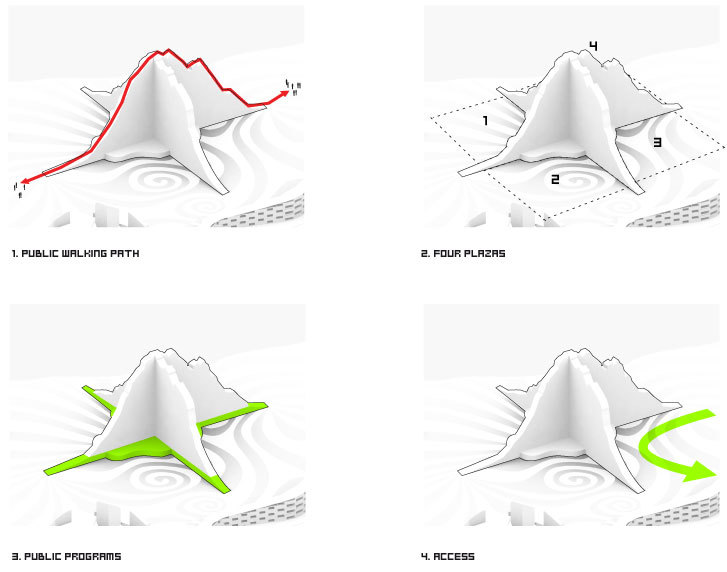 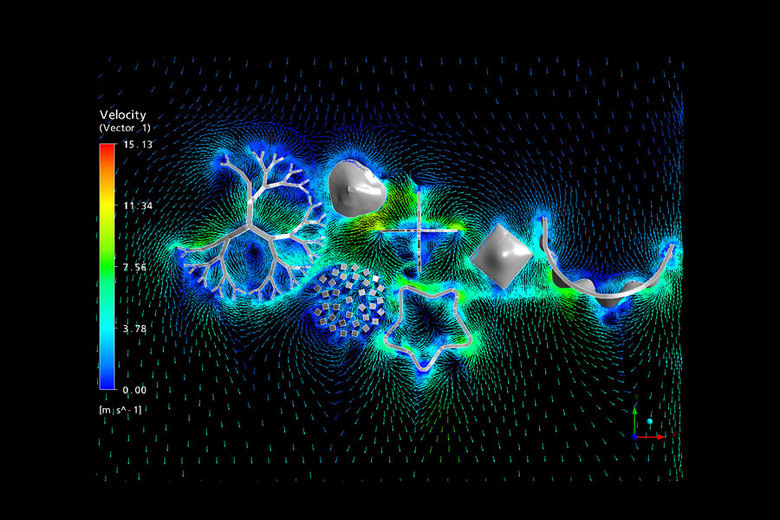 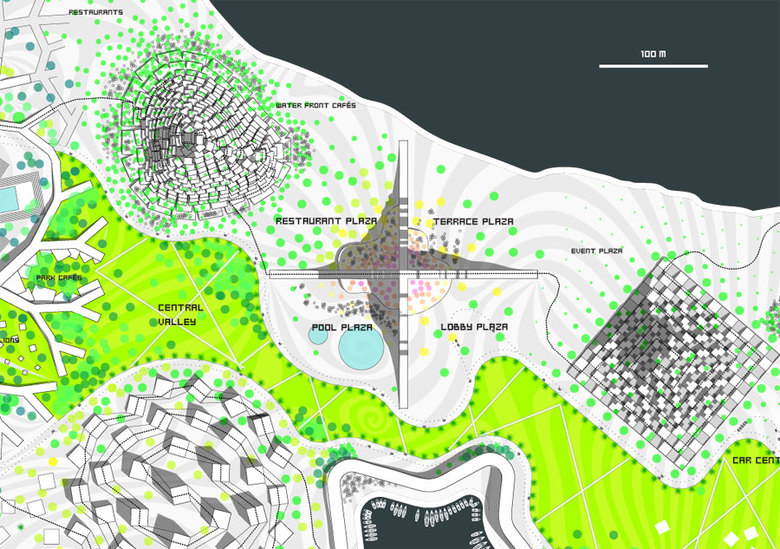 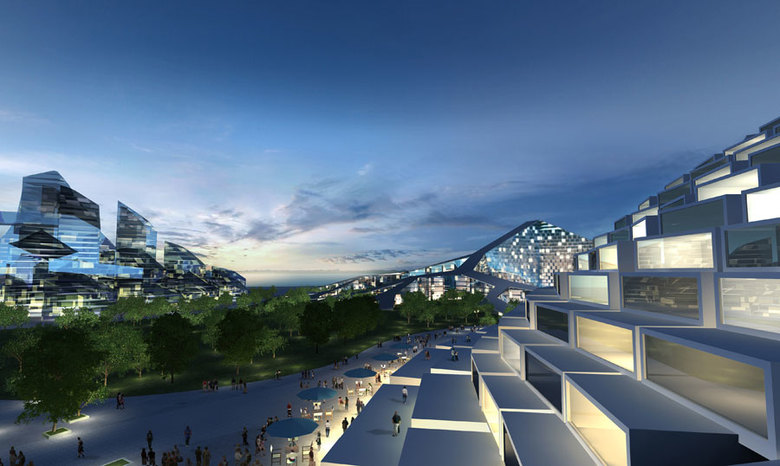 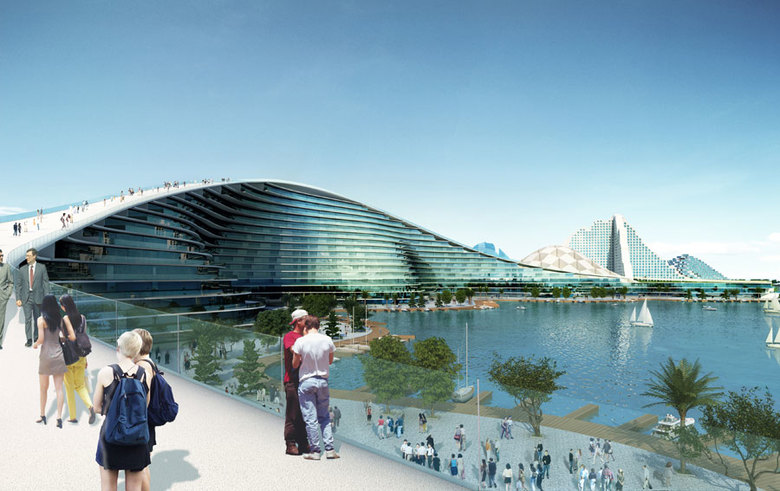 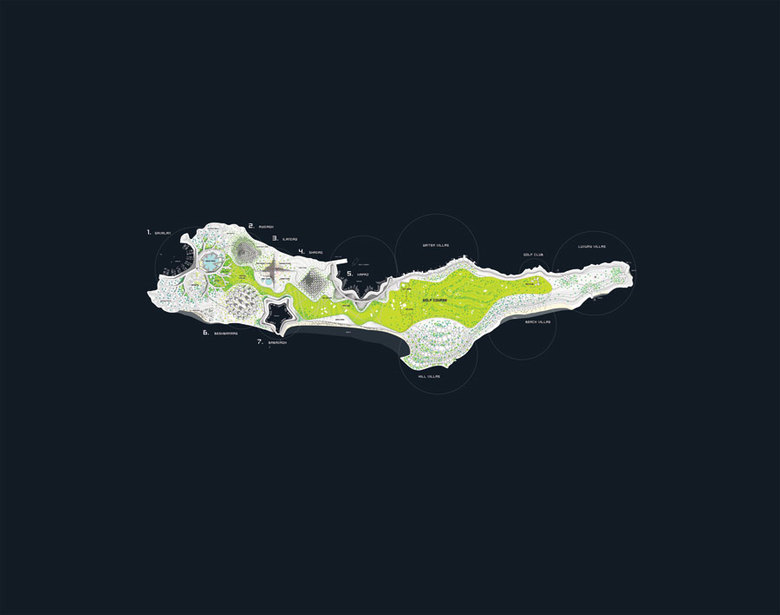 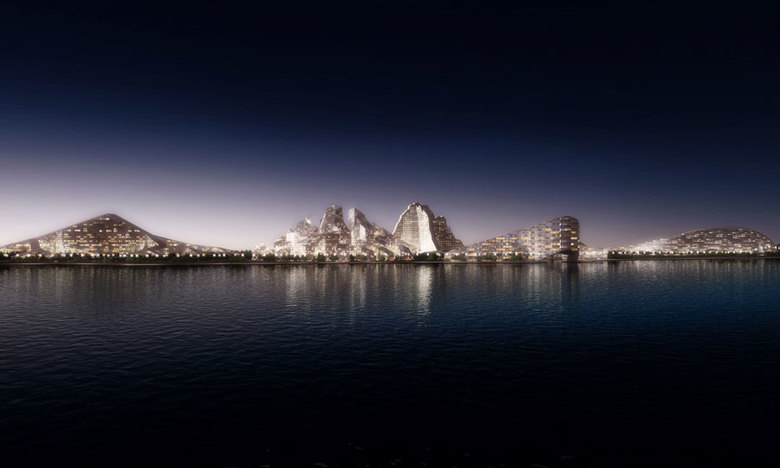 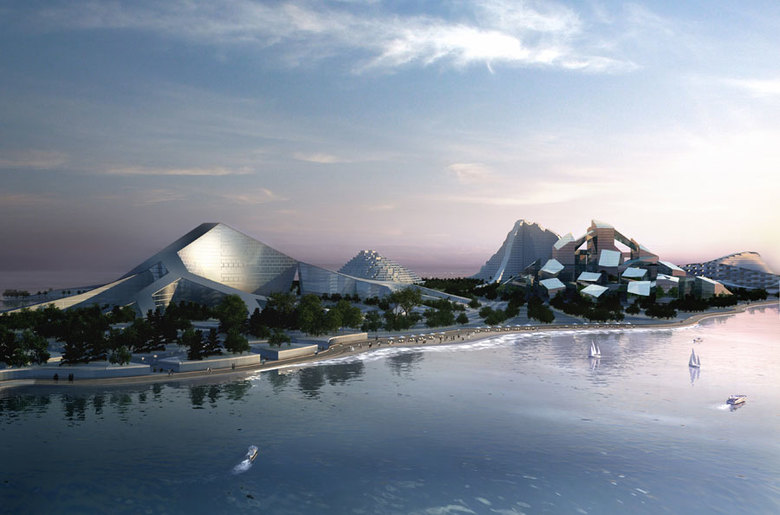 The Seven Peaks of Azerbaijan is a master plan for a Zero Energy resort and entertainment city on Zira Island situated within the Caspian Sea. Located within the crescent shaped bay of Azerbaijan’s capital Baku, Zira Island is designed to be a sustainable model for urban development, and an iconographic skyline recognizable from the city’s coastline.

Each of the Seven Peaks house a resort development derived from the geometry of a famous mountain in Azerbaijan. Individually each mountain becomes a principle for mixing private and public functions. Together the mountains form an organic skyline merging with the natural topography of the island. A dense vibrant urban community connected to a series of private resort villages by a central public valley with golf courses and beaches. A continuous public trekking path connects the mountains and invites visitors to scale the top of all seven peaks.

The vision of Zira Island is to create an island that is entirely independent of external resources. A self contained island. By combining the best of the traditional Azerbaijani building tradition with the newest technology, Zira Island will provide excellent living spaces for people, with a minimum usage of resources. A showcase to the world combining high-end living with low end resource usage.

The buildings of the island are entirely heated and cooled by heat pumps connecting to the surrounding Caspian Sea. Solar heat panels integrated in the architecture create a steady supply of hot water, while photovoltaics on strategically located facades and roof tops power daytime functions as swimming pools and aqua parks.

Zira Island benefits from the fact that Baku is "The city of wind". By harvesting the wind energy through an offshore wind farm, Zira Island will have its own CO2-neutral power supply.  16 wind turbines will power the entire island, transforming the platforms and foundations of the existing offshore oil industry and replacing the forest off oil towers in the horizon of the Caspian Sea.

The landscaping of the island is derived from wind simulations of the microclimates created by the mountains.  Swirly patterns created by the wind moving its way through the Seven Peaks inform the planting of trees and the placement of public spaces and plazas.  Where the winds and turbulence are strongest the trees becomes denser, creating lower wind speeds and thus a comfortable outdoor leisure climate.