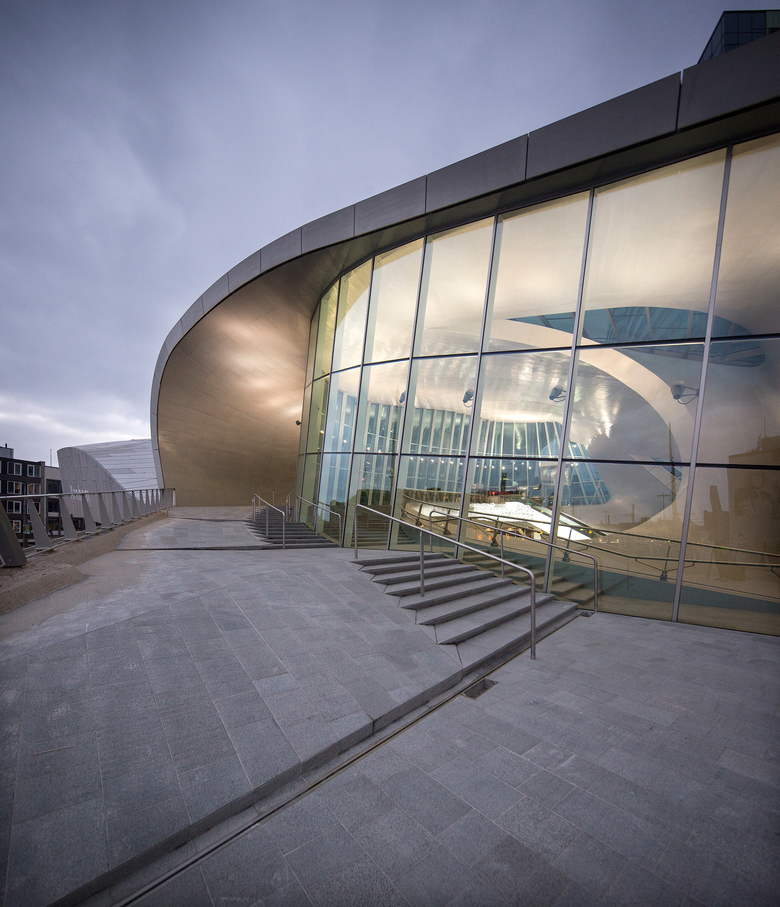 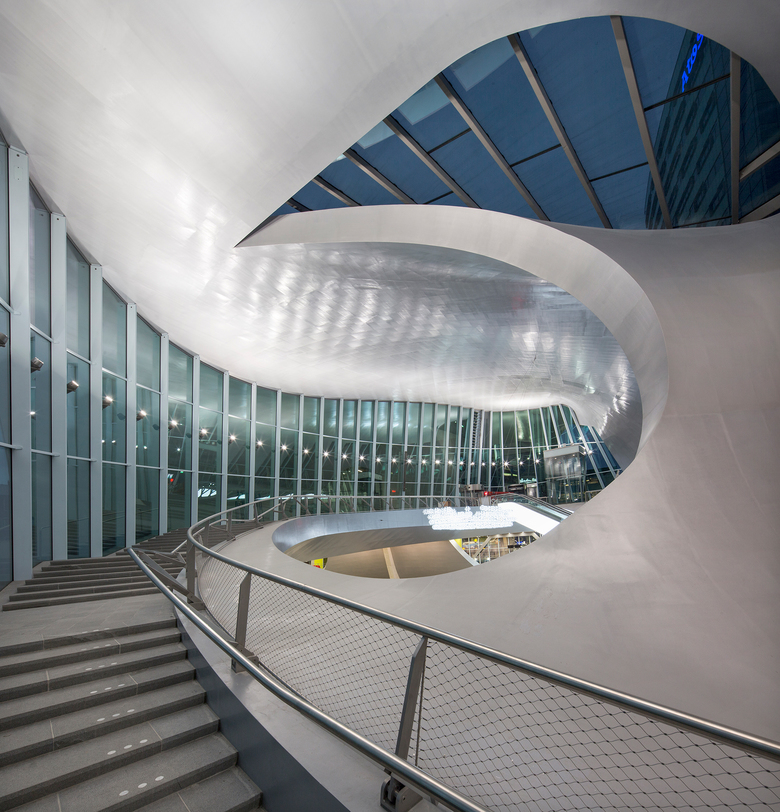 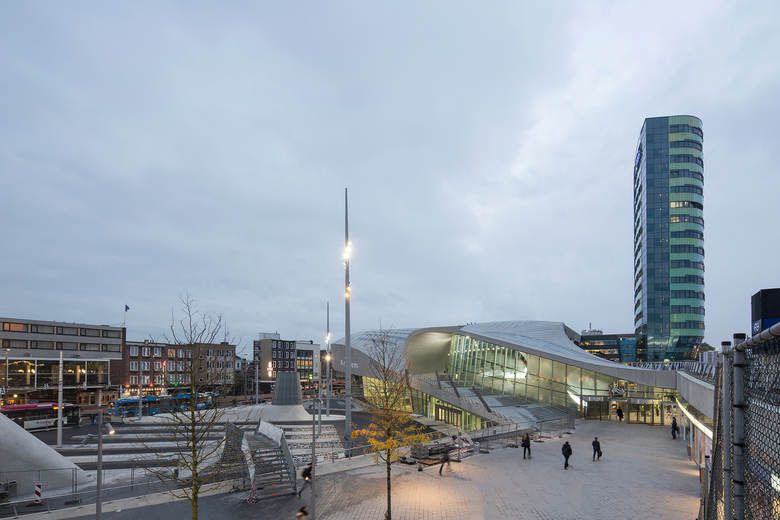 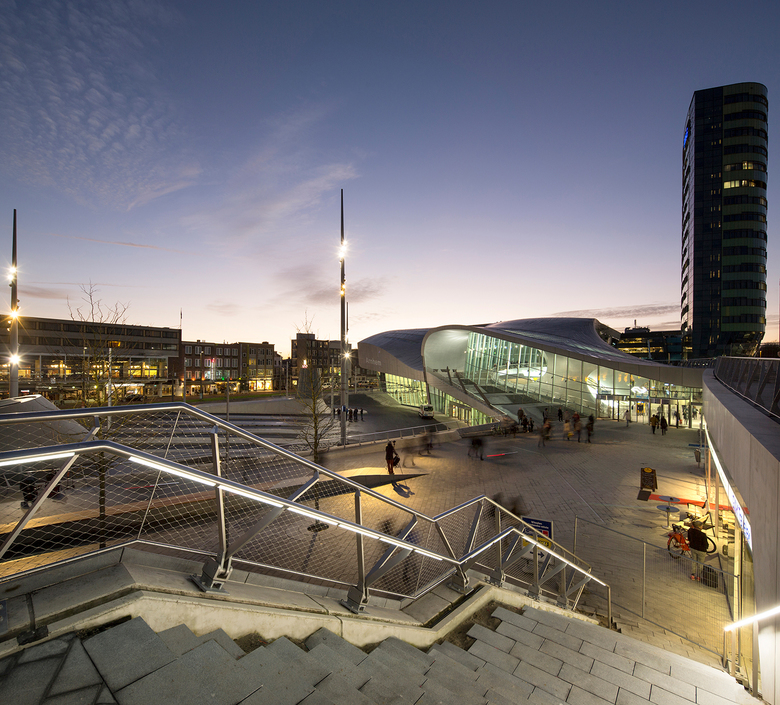 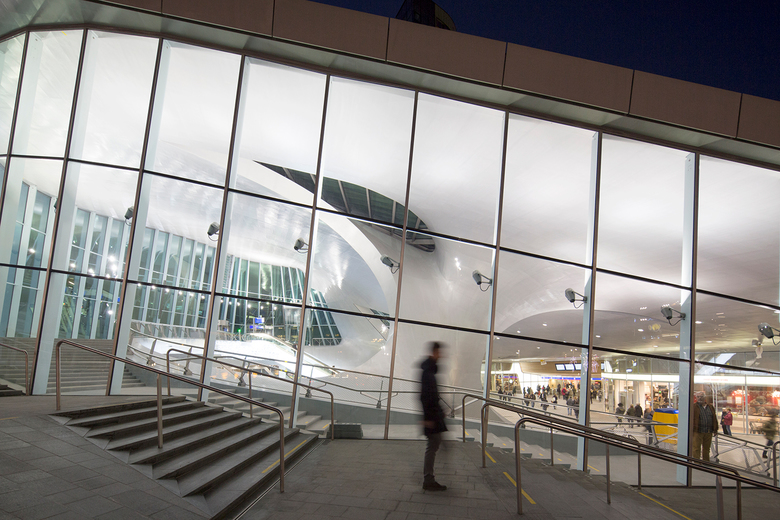 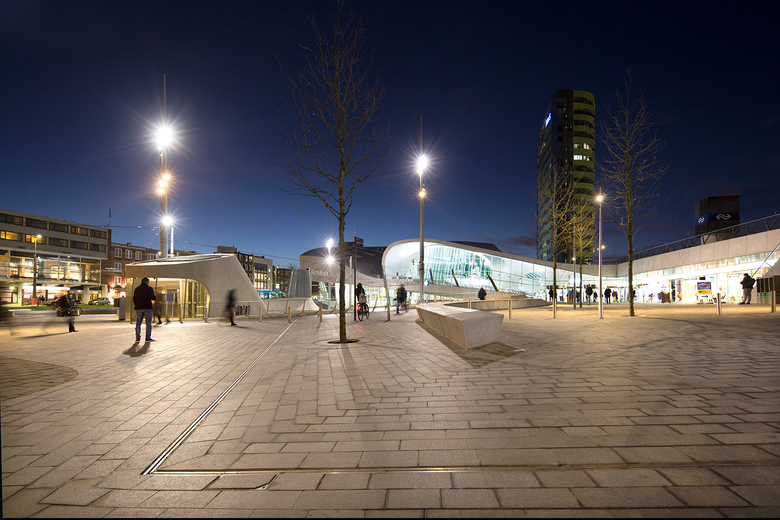 20 years ago, Ben van Berkel with UN Studio, Amsterdam, won the competition for the redesign of Arnhem's main railway station. Inspired by the hilly landscape around the Dutch metropolis the architects developed a building following the principle of the Klein bottle, in which the inside and outside merge imperceptibly. The facades resulting from the design are building solutions of the kind that can only be realised with steel profiles.

The dynamic structure of the design allows a direct connection in every direction and without any stairs at all. Softly flowing shapes characterise the glazed platform canopies, which dock onto a crossing bridge, which, in turn, runs over the platforms. The crossing bridge leads passengers into the station building, which, with its curved shapes, adapts to the flow of the around 55,000 daily passengers. Gently rising ramps and curved walkways bundle together the streams of visitors and allow them to unravel again in the quickest way possible.

In cooperation with the renowned engineering firm Arup it was possible to construct the station building in such a way that only a single pillar supports the roof, and that is in spite of the enormous span of up to 35 metres. The pillar – which is constructed around a cavity – is reminiscent of a tree that branches off upwards and opens up towards the glass roof with its limbs. Around this pillar a gently rising ramp leads from the ground level upwards. V-shaped support walls made from concrete, also a supporting element of the design, pervade the building from the lowest level to the highest floor. They partially serve as a core; but at the same time they allow the incursion of daylight and make it possible to see into the lower levels.

Light, expanse and visual connections define the railway station building. After exposed concrete, glass is the most used material. With curved glass facades of enormous scale the station building opens up as a new gate to the city. At heights of up to six and lengths of up to 25 metres these facades could only be realised as a self-supporting steel construction.

UN Studio wanted a delicate, barely perceptible construction. The curved facades were cultivated with the Jansen VISS Basic steel profile system. The top system, which can be mounted on any support, gives the architect a high level of creative freedom with simultaneously high planning and process security, as Jansen VISS Basic is based on the renowned VISS system. With Jansen VISS Basic thermally separated facades can be mounted onto freely selectable substructures. The building-specific facade of the Arnhem railway station could only be realised with narrow profile face widths of just 50 millimetres. The bodies resulting from the facade development were precisely cut to size during assembly on site.

Other Projects by Jansen AG