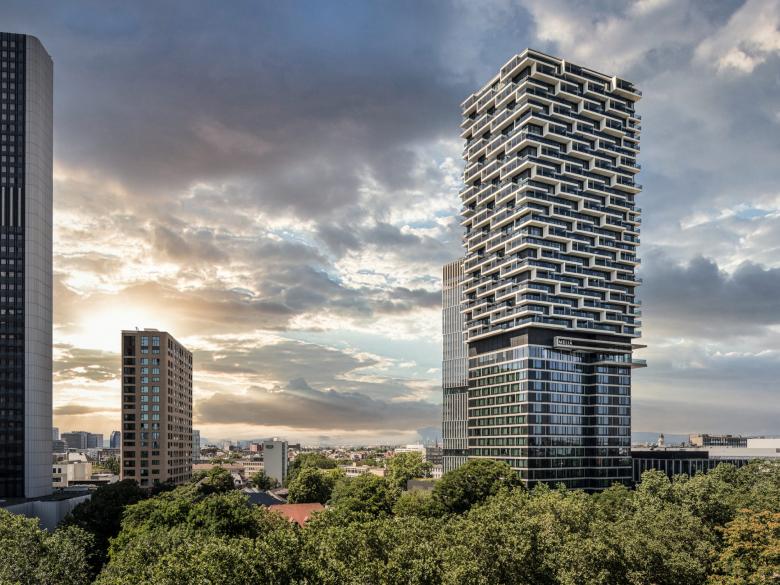 The facade of ONE FORTY WEST, like the building itself, is divided into different areas: a generic facade and a parametric facade.
© Photo Walter Luttenberger 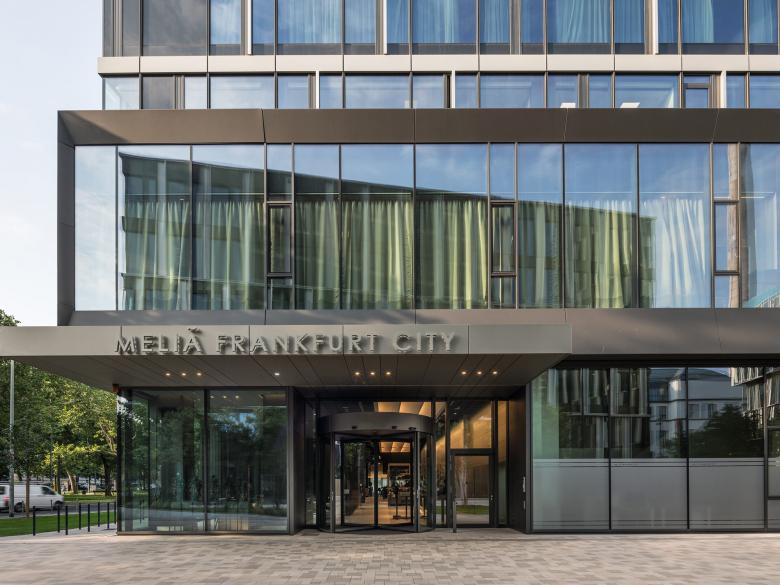 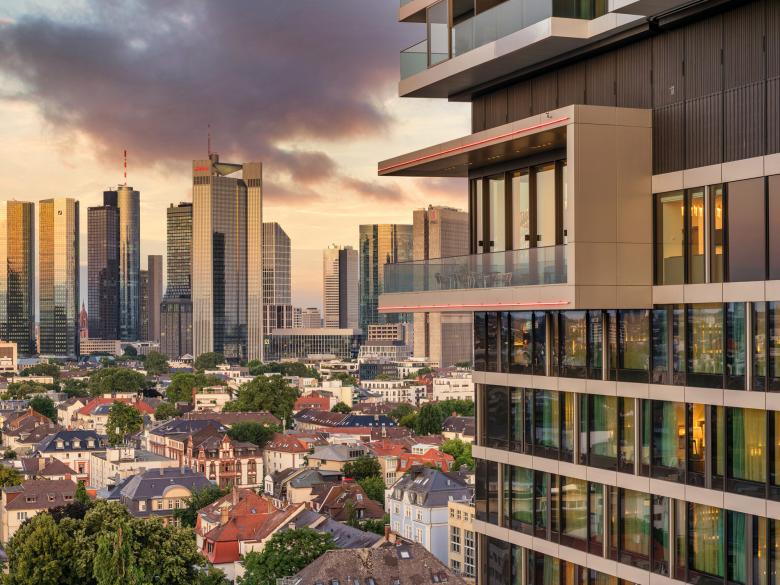 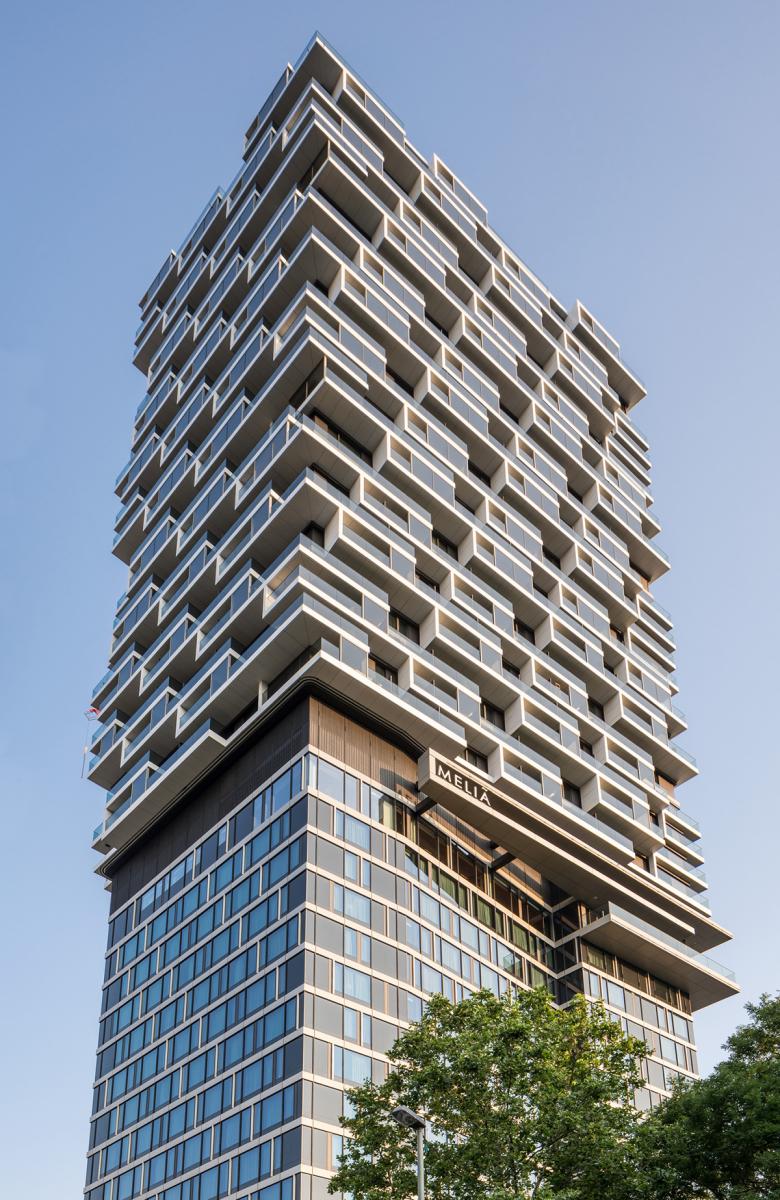 With a total length of three kilometers, the balconies wrap around the hybrid skyscraper in steps.
© Photo Walter Luttenberger

Customized Facades for the ONE FORTY WEST

According to the plans of Moser Assoziierte Architekten (former cma cyrus moser architekten), a new highlight was created in the middle of Frankfurt on the site of the former AfE Tower in the Senckenberg Quarter: ONE FORTY WEST is a hybrid high-rise combining 187 state-of-the-art condominiums, a 4-star-plus hotel and top-class gastronomy.

With a height of 145 metres, ONE FORTY WEST offers luxurious living above the rooftops of Frankfurt am Main: Equipped with floor-to-ceiling panoramic windows, glass balcony parapets and 165 "sky lounges", the condominiums, located from the 24th floor of the building, offer a spectacular view of the skyline of the stock exchange city and the Taunus hills.

Lindner Fassaden was involved in the new building with project-specific facade systems including balcony brackets: These were prefabricated in the factory in order to be able to realise savings on the shell. Today, the balconies, with a total length of three kilometres, are arranged in steps around the hybrid high-rise: the visual axes resulting from the staggered arrangement represent the design concept of the "vertical city" by MA architects. The lower part of the building, used as a lobby and hotel, was also wrapped in a high-quality aluminium element facade. For the base building, a steel mullion and transom facade was chosen, combined with a rear-ventilated glass fibre concrete cladding, sheet metal cladding and punched windows.

In addition to the development, production and delivery of the customised facade elements, Lindner also carried out the logical preparation, planning and handling of the professional installation. However, as the balconies merge from floor to floor, first the façade elements and then the balconies in the upper part had to be installed individually for each floor. In order to be able to guarantee the tolerance with the 10 mm joint pattern for the glass railings, the sheet metal cladding in the soffit and the end walls of the balconies in this context, the assembly was carried out using a frame made of tubular steel railings with a safety net. Therefore, the balcony segments were not glazed in advance in order to minimise the risk of glass breakage. As a result, additional work steps and assembly teams were necessary, which enabled the project to be completed on time thanks to tireless efforts.