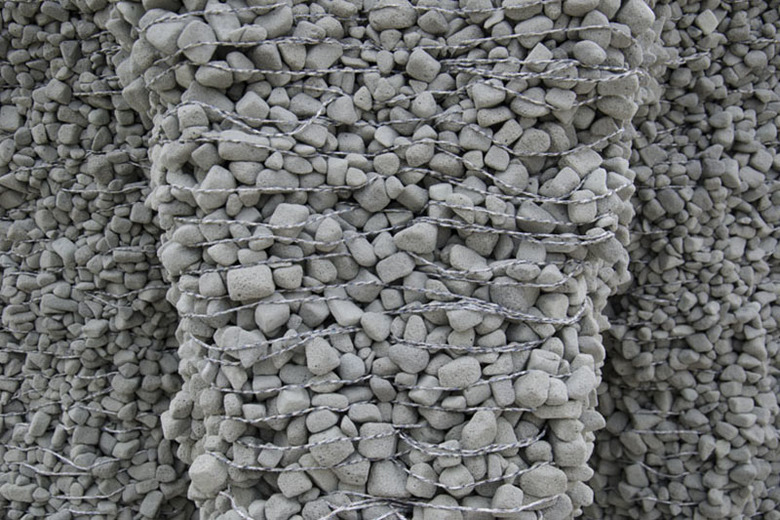 The contribution of Gramazio Kohler Research, ETH Zurich, and the Self-Assembly Lab, MIT, to the Chicago Architectural Biennial is an installation they call "the first architectural construction built by robotic machines using only rocks and thread, without any adhesive and mortar." John Hill 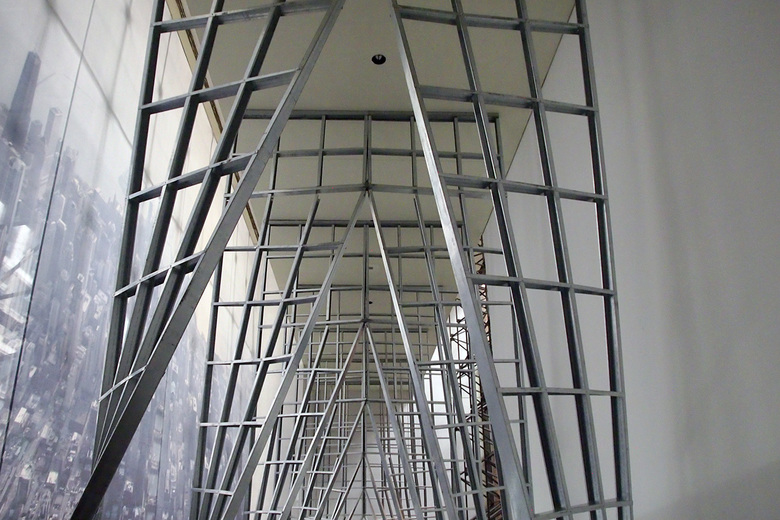 New York's SO-IL – the duo of Florian Idenburg and Jing Liu – has inserted a series of portals made from steel studs over the ramps in the Chicago Cultural Center as part of the Chicago Architecture Biennial. John Hill 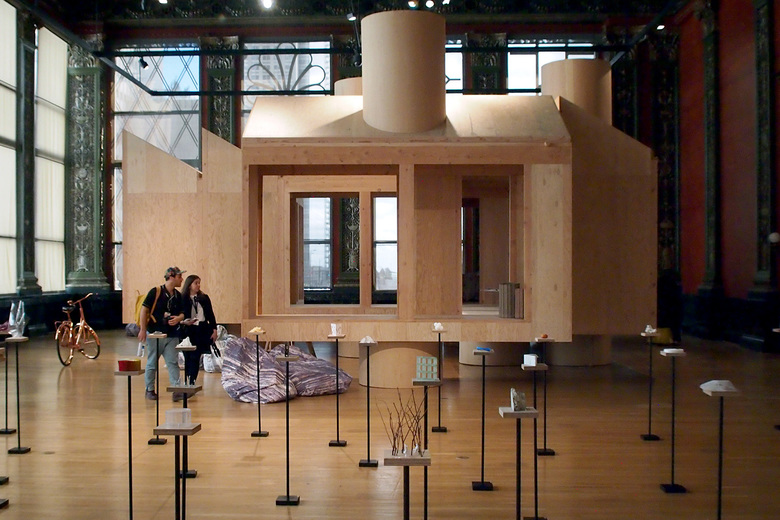 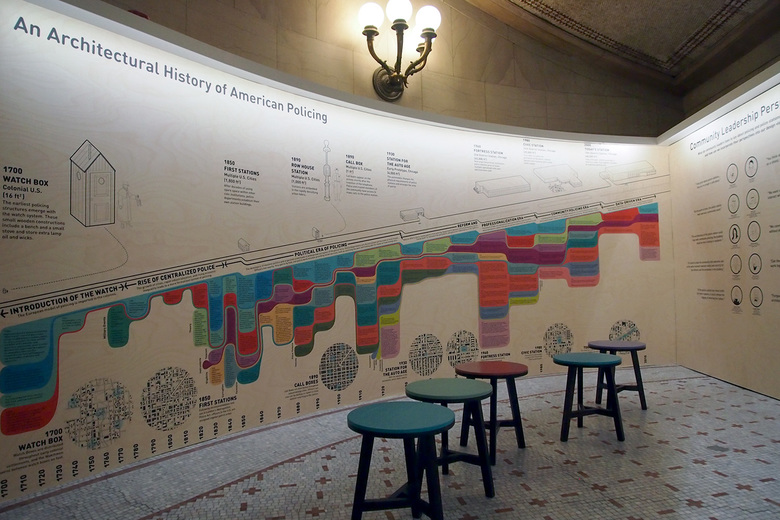 Flanking the grand stairs near the main entrance to the Chicago Cultural Center is Studio Gang Architects' contribution to the Chicago Architecture Biennial: Polis Station, which proposes new ways of integrating police stations into their communities. John Hill

3 Places for Sitting (and 1 for Leaning) 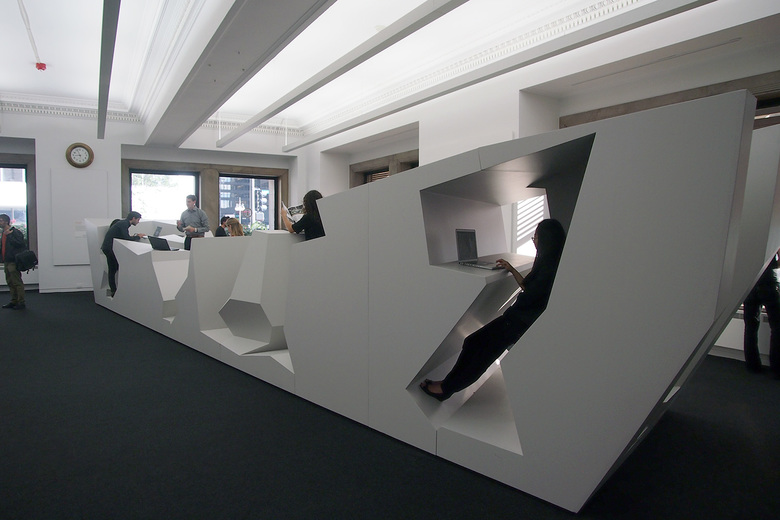 Most of the 100+ contributions to the Chicago Architecture Biennial take the form of displays that can only be looked at, but a few installations at the entrance to the Chicago Cultural Center, and one outside, invite people to sit for a while. John Hill 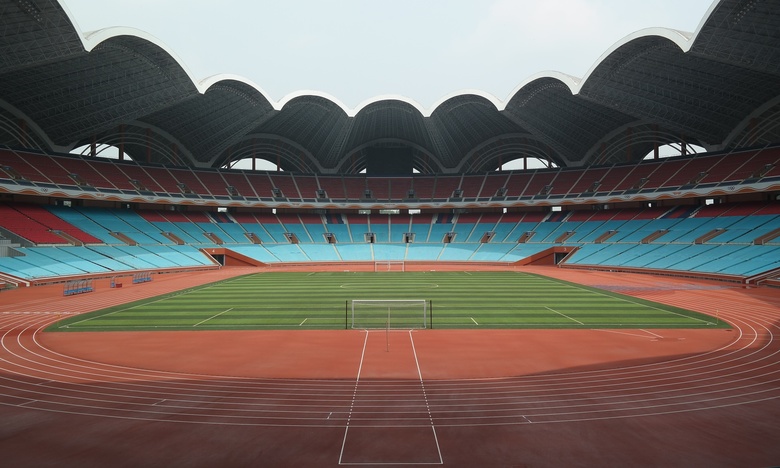 The Guardian architecture critic Oliver Wainright goes on a rare tour of Pyongyang, revealing the architecture of the North Korean capital as well as his own sharp eye for capturing the city and its buildings through words and photos. John Hill 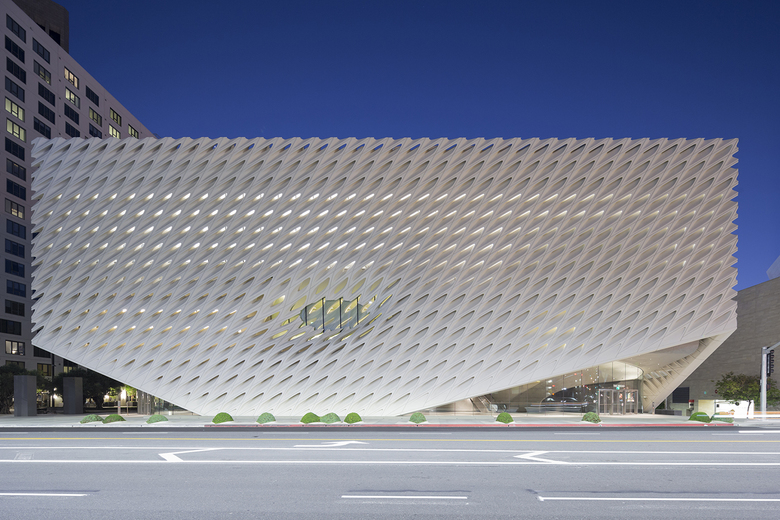 The much-anticipated opening of The Broad, the museum designed by Diller Scofidio + Renfro for Eli and Edythe Broad in downtown Los Angeles, takes place on September 20th. John Hill 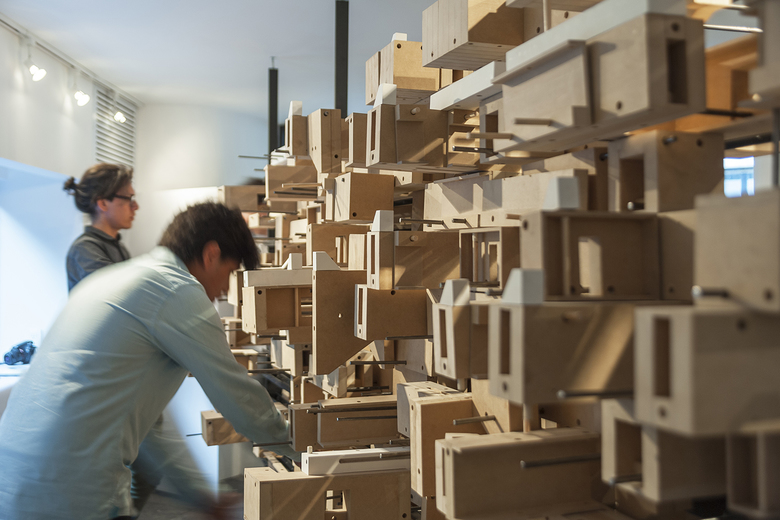 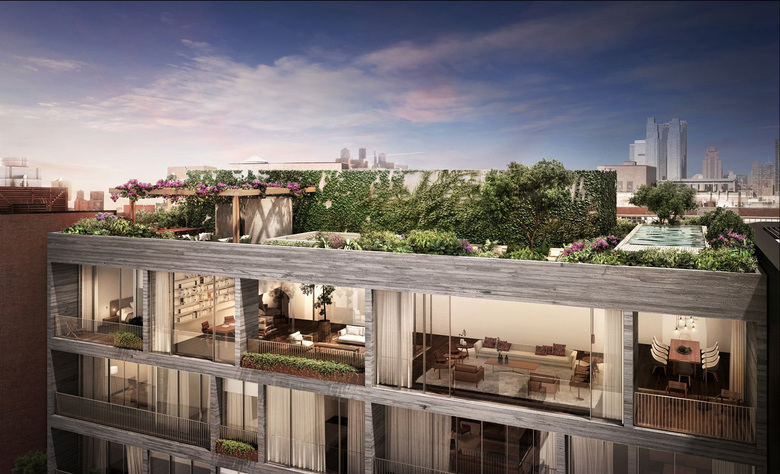 News came in September 2014 that architect Isay Weinfeld would take his Brazilian modernism to a site next to the High Line in New York for luxury residences. Renderings have finally been released for the project. John Hill

A 'Cloud Gate' to China? 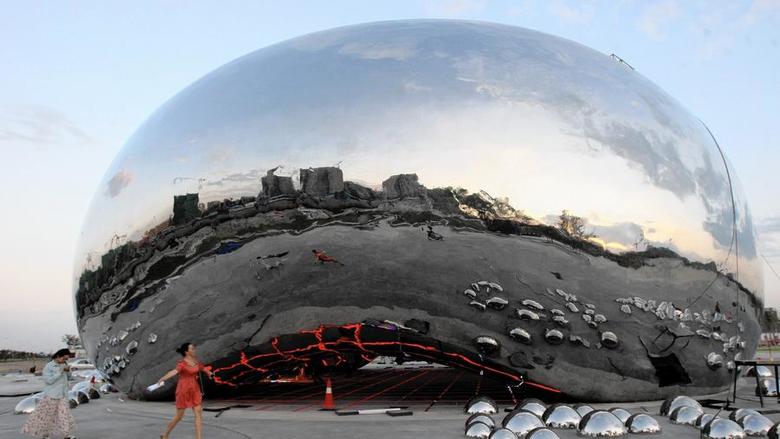 A new installation by Berlin's Barkow Leibinger "offers a space for public encounter and experience" inside a thicket of bundled stainless steel rods. John Hill 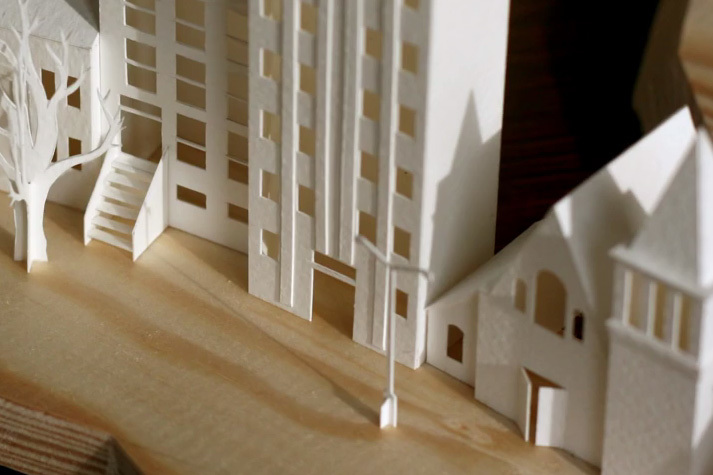 It's hard not to be charmed by the once-a-day paper buildings that Charles Young of Edinburgh has been creating since August 2014. John Hill 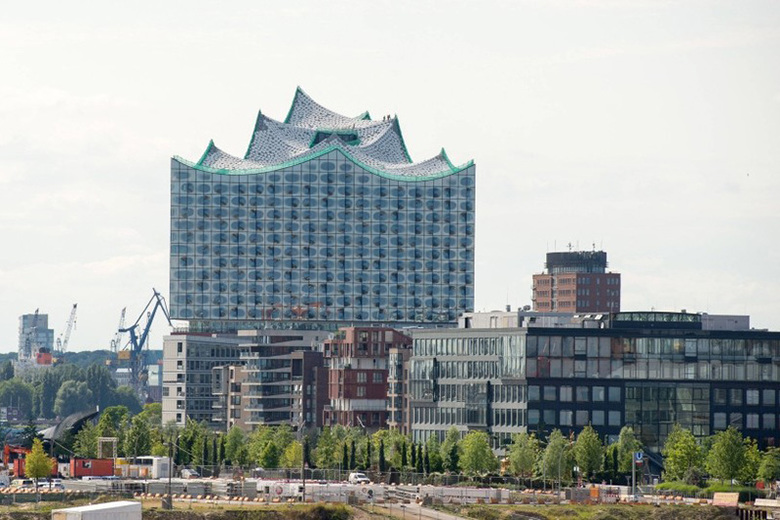 Frankfurter Allgemeine has posted some photographs of the completed facade of Herzog & de Meuron's Elbphilharmonie in Hamburg, Germany. John Hill

House for a Superhero

Inspired by the residence of Bruce Wayne (aka Batman), Melbourne, Australia's Molecule concealed a garage below an existing tennis court in the renovation of a large house. John Hill 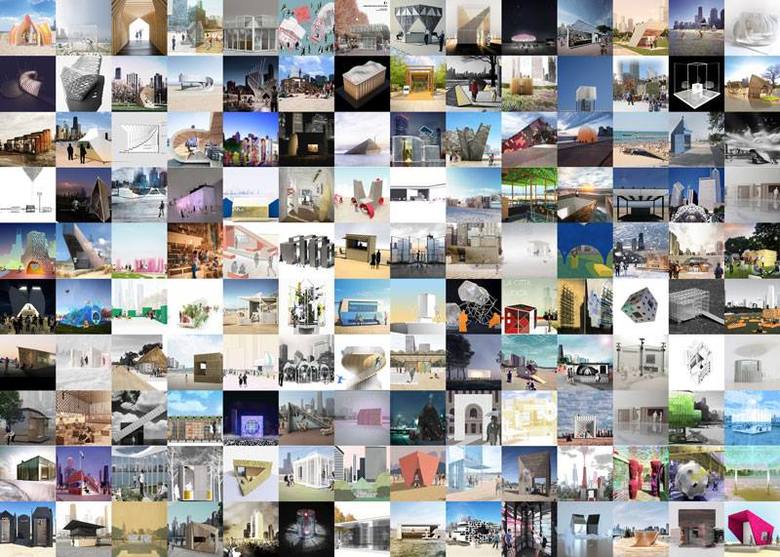 The Chicago Architecture Biennial has posted the more than 100 entries for the BP America Lakefront Kiosk Competition on Pinterest, with the winner to be announced soon. John Hill 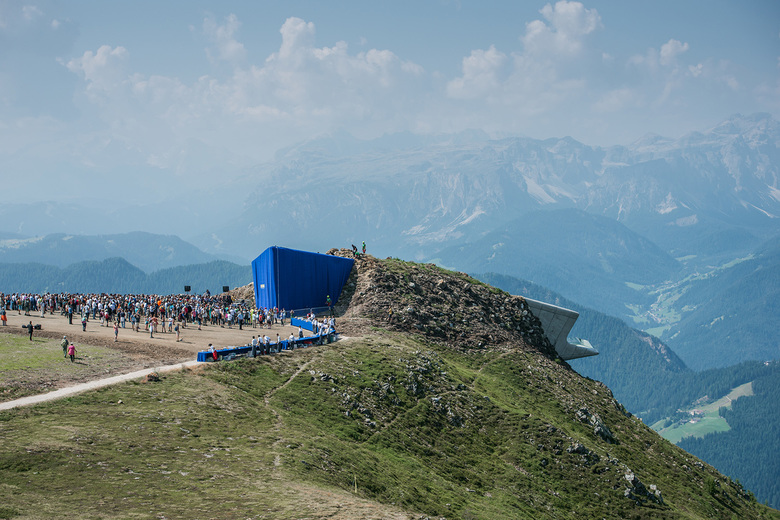 Reinhold Messner's sixth and last MMM-Museum opens to the public on 24 July 2015. Designed by Zaha Hadid Architects, the museum is fused with the 8,000-meter peak of the Kronplatz-Plan de Corones Ski Mountain in South Tyrol, Italy. John Hill

On the occasion of its 25th anniversary, Rotterdam's Shift has transformed the Tschumi pavilion in Groningen from a clear glass box to a kaleidoscope of color. John Hill 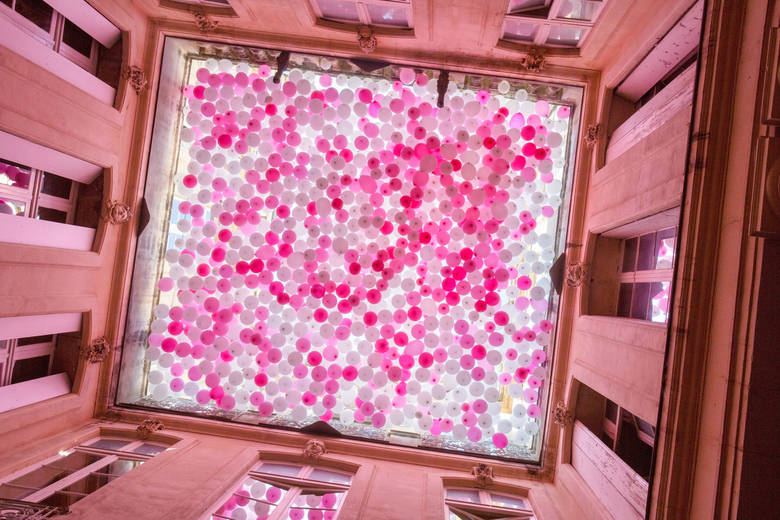 The 10th edition of the Lively Architecture Festival (Festival des Architectures Vives) wrapped up last month, having attracted 15,000 visitors. Five of the FAV installations in Montpellier and La Grande Motte were given awards. John Hill 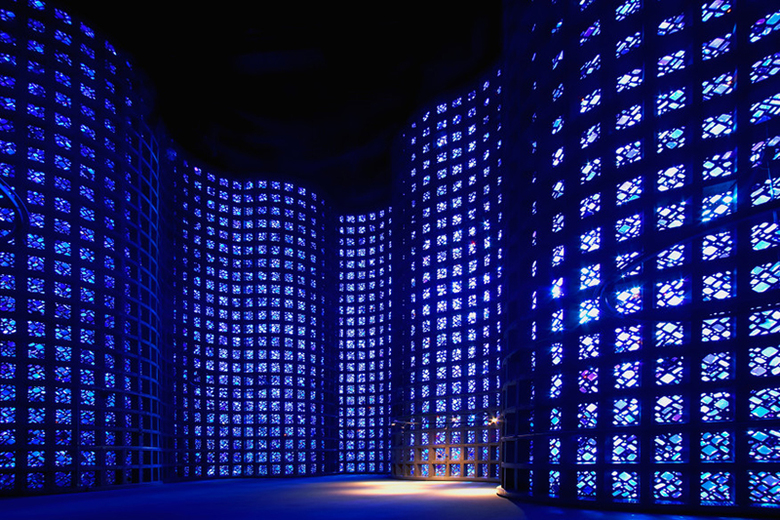 Going to the Beach in Downtown DC 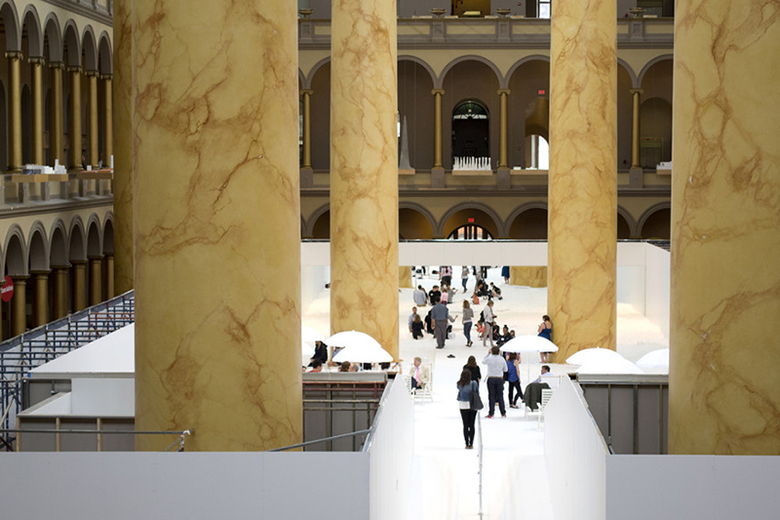 With beaches a few hours away from Washington, DC, the National Building Museum is bringing one to the city in the form of an "ocean" of nearly one million translucent balls courtesy of Snarkitecture. John Hill 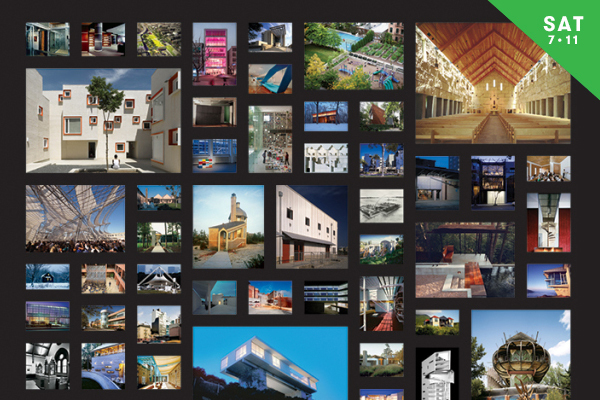 On Saturday, July 11, Open House New York and the Architectural League of New York are opening up more than forty New York architecture studios in Manhattan, Brooklyn and Queens, all previous winners of the League's Emerging Voices awards. John Hill 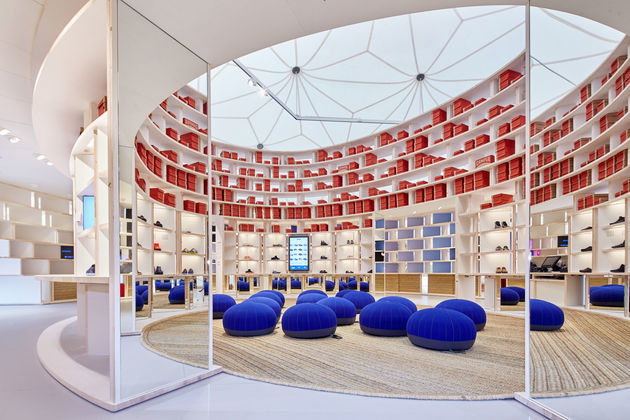 On the occasion of the Making Africa exhibition at the Vitra Design Museum, architect Diébédo Francis Kéré has designed and installed a pop-up store for Camper within the Buckminster Fuller Dome on the Vitra Campus in Weil am Rhein, Germany. John Hill 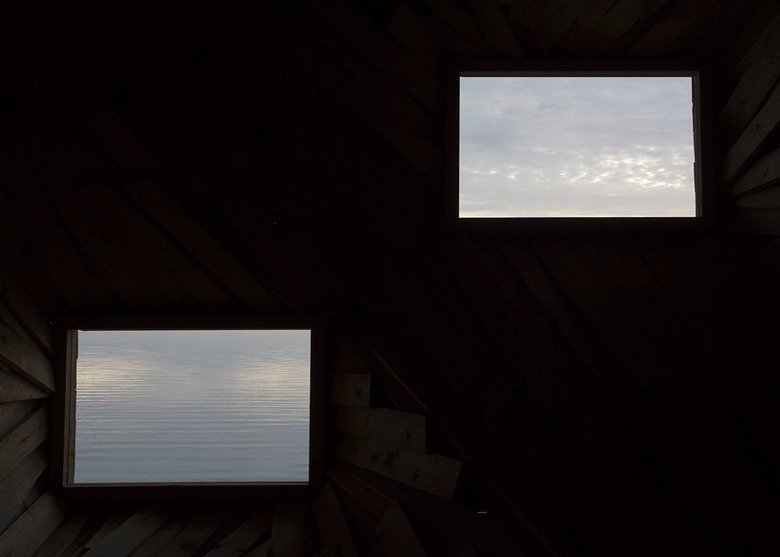 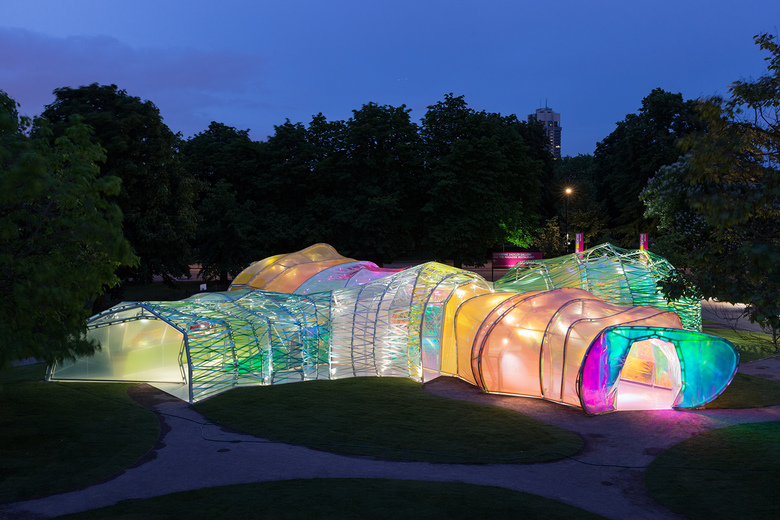 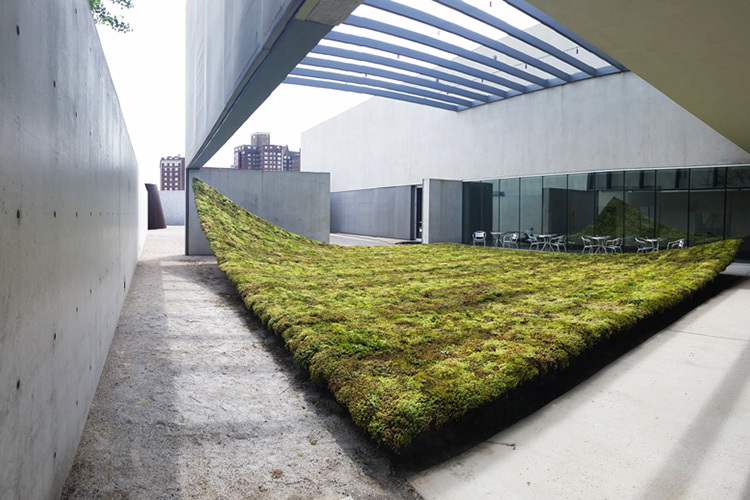 Doing Business in a Treehouse 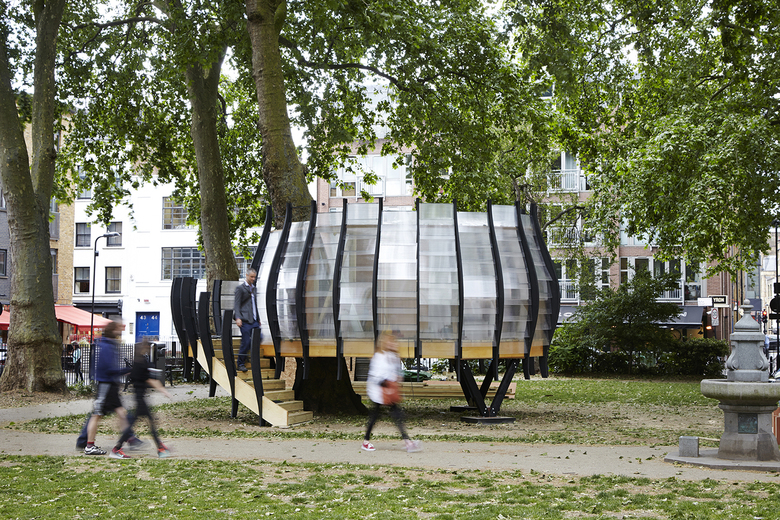 The TREExOFFICE co-working space launched today in Hoxton Square, the first initiative to be realized by the Park Hack project, which was set up to test innovative models that sustain and enhance public open spaces. John Hill 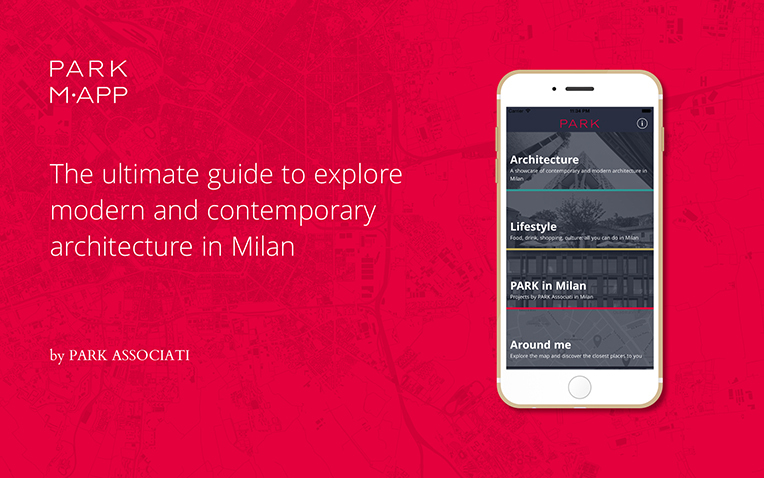 Italian architects Filippo Pagliani and Michele Rossi of PARK have released PARK Mapp, a guide to modern and contemporary architecture in Milan, the city of Expo 2015. John Hill 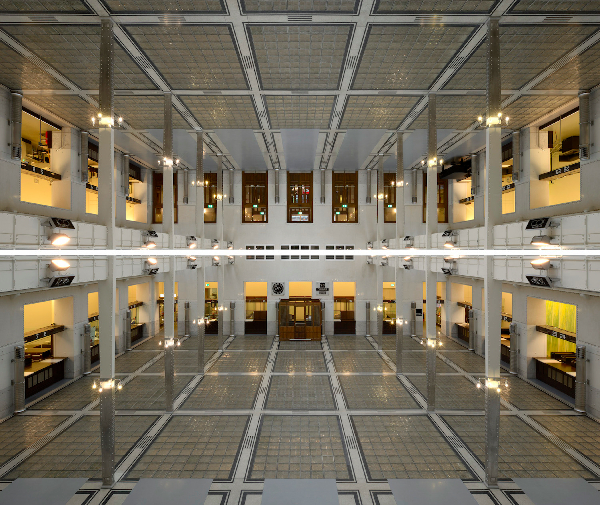 In commemoration of the Vienna Ringstrasse's 150th anniversary, Parabol Art Magazine has published a special edition with photos of Otto Wagner's Postal Savings Bank taken by Hagen Stier and a companion exhibition in the building. John Hill

The Wall Street Journal reports on the headquarters of online game developer NetDragon Websoft in Changle, China, which is "shaped like Star Trek's Enterprise." John Hill

Steve Messam, a British artist, has created a self-supporting, walkable bridge from 20,000 sheets of brigh red paper in the green countryside of the Lake District, about midway between Glasgow and Manchester. John Hill, Katinka Corts

Photographer Iñigo Bujedo Aguirre has sent us some stunning photographs of a handful of the pavilions at the Expo Milano 2015. 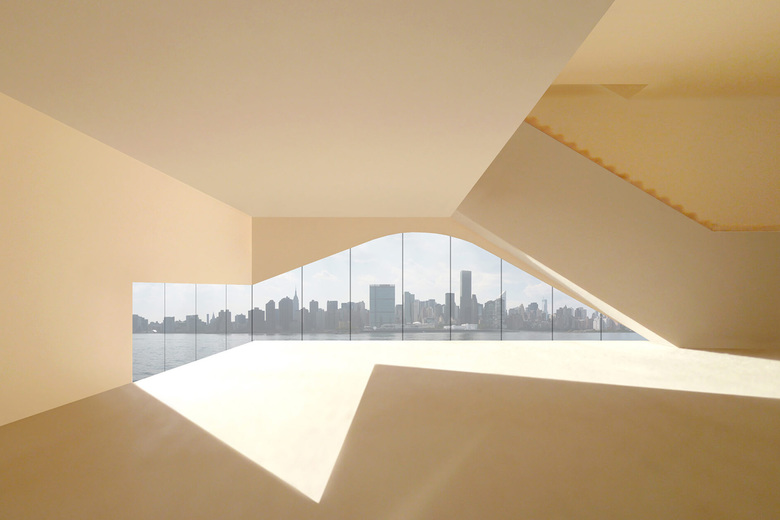 The groundbreaking of the Hunters Point Community Library in Long Island City took place last week, five years after Steven Holl Architects began working on the project. An exhibition at the Sculpture Center, and an online companion, celebrate this step forward. John Hill 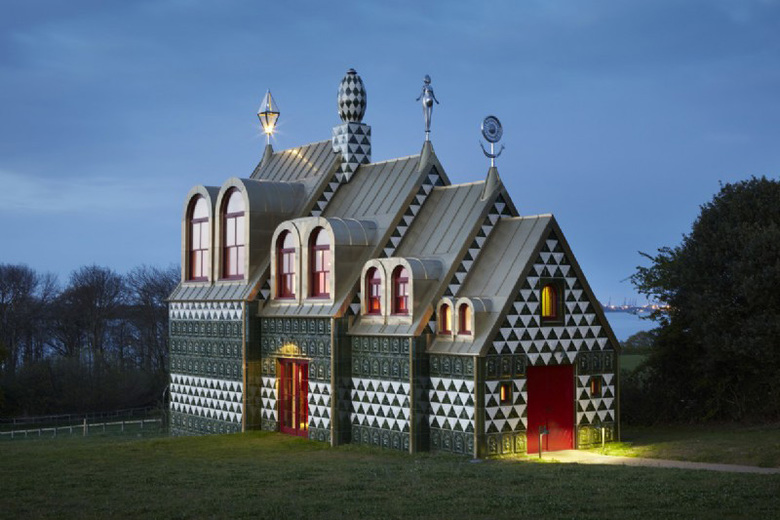 SecondMedia's Foamspace submission is the winner of Storefront for Art and Architecture’s 2015 Street Architecture Prize Competition, to be displayed as part of the IDEAS CITY Festival in New York City at the end of May. John Hill