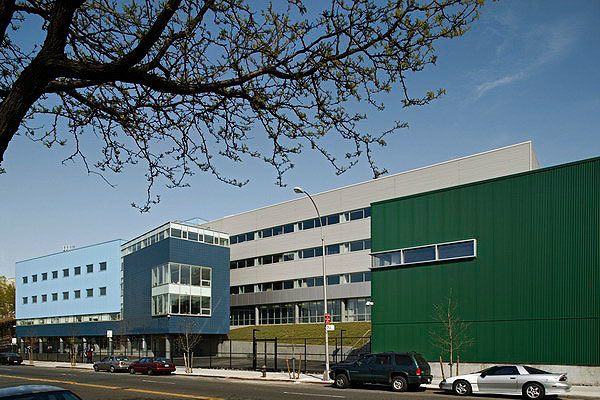 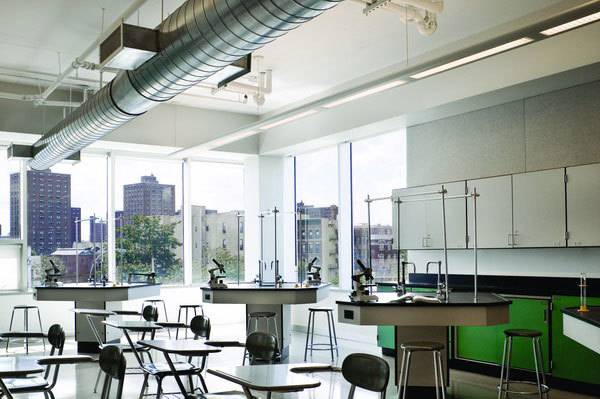 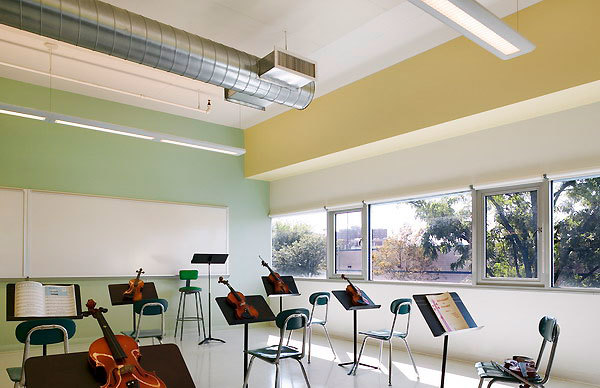 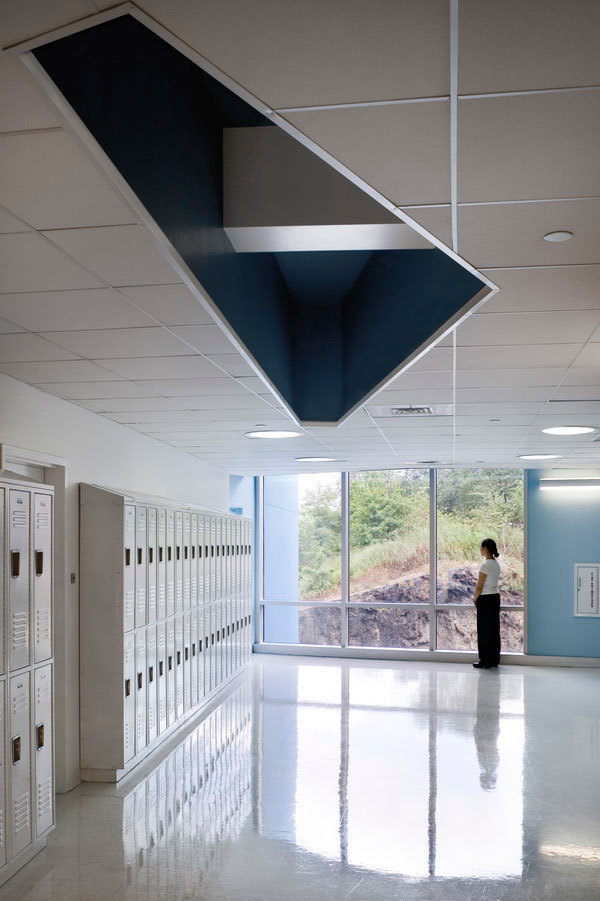 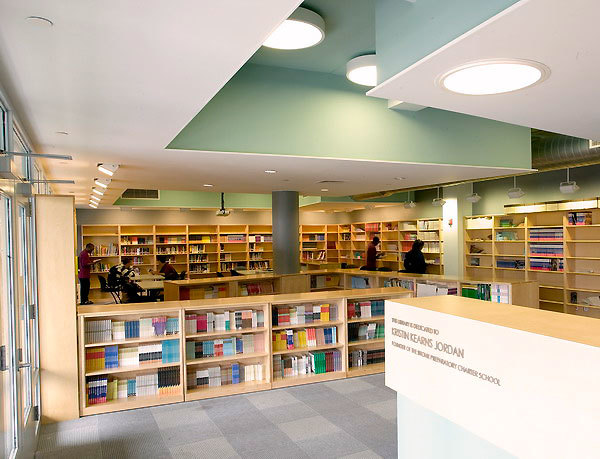 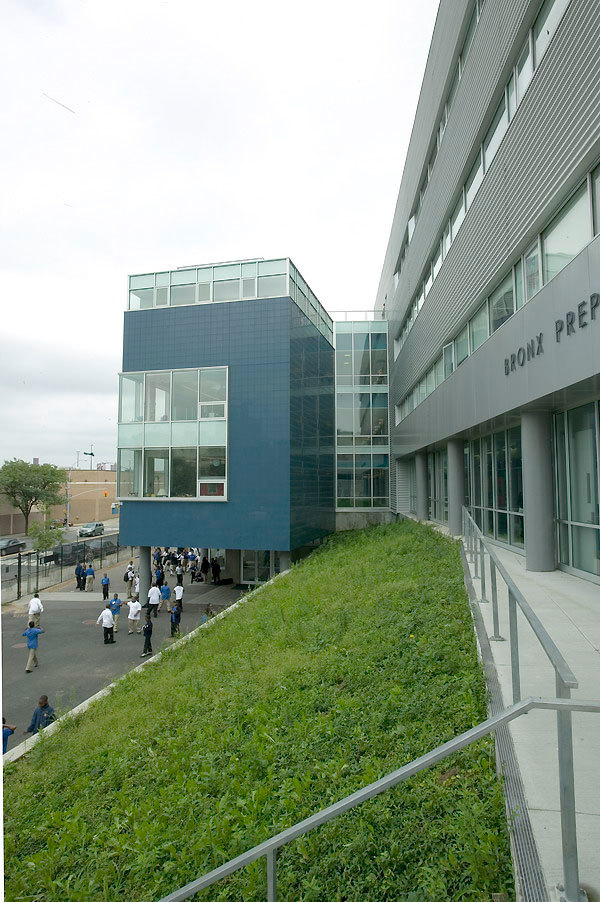 The challenge was to create a low-cost but college-like campus within one block in the South Bronx which would foster the educational ideals of the school for 800 students, their parents and teachers. We turned the steep site, which at first seemed almost unbuildable, into an asset by creating a series of linear forms that step up the slope, each one identified as a separate "academy." This avoided the box-like institutional cavern of most school buildings and made the scale student-friendly. The two middle schools, upper school, and a multi-use "gymnatorium" for both school and community activities have their own distinctive architectural form. Like the mission of the school, the self-contained and serious but welcoming spaces represent a retreat from the problems of the inner city as well as the hopes and opportunities that education brings.

Jettisoning the conventions of New York City school construction, we used precast concrete plank and steel for the structural system because it was less expensive, faster to build, and, in conjunction with exposed mechanical systems, allowed for higher ceilings and more spacious classrooms. Instead of the usual costly masonry exterior, we chose light-weight industrial colored metal claddings to mark the different academies. A small expanse of blue polished tile and glass highlights the special shared rooms for music and science, appearing like a beacon for the ambitions of the school.

Other Projects by GLUCK+