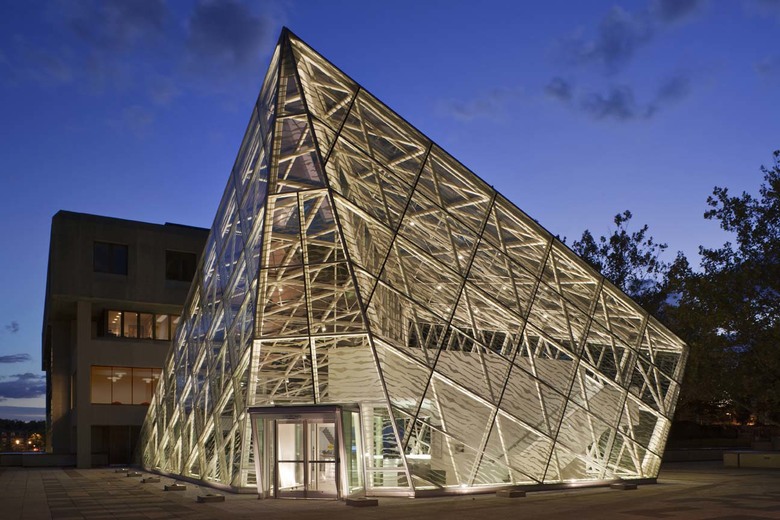 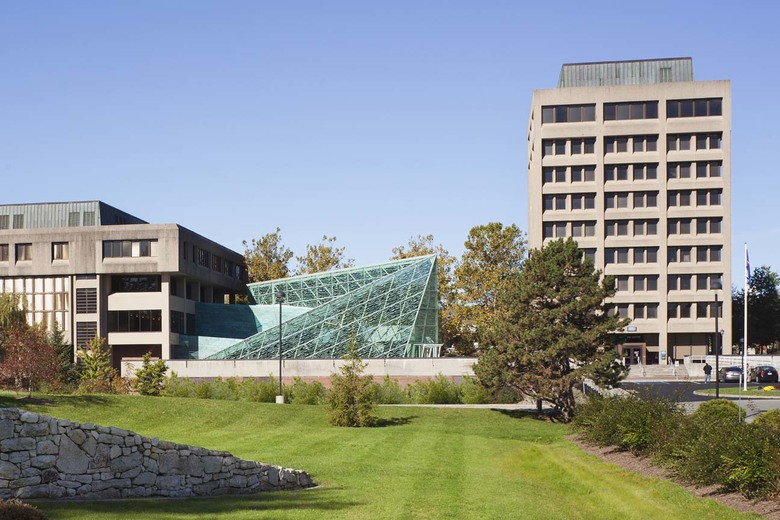 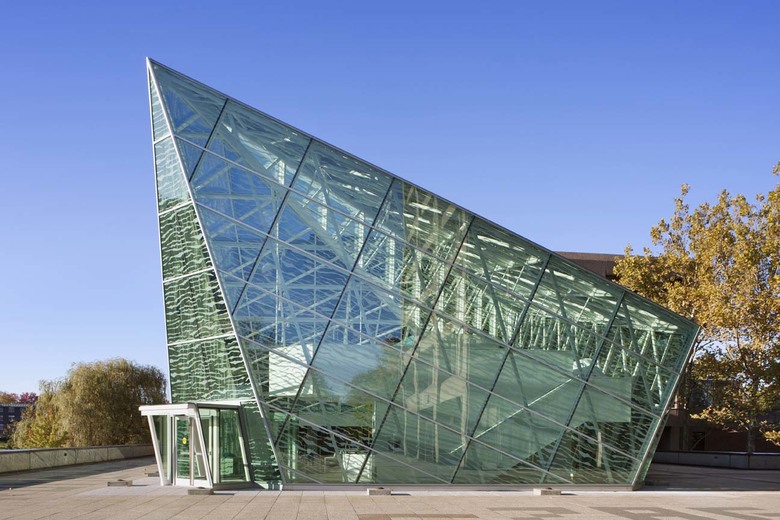 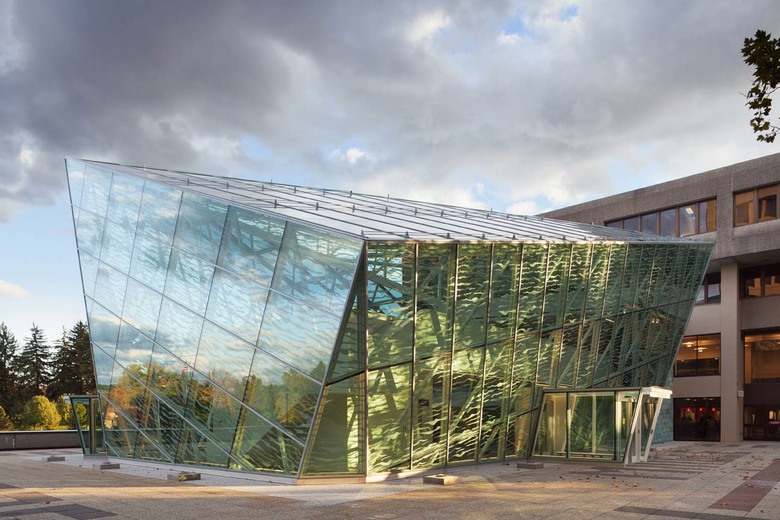 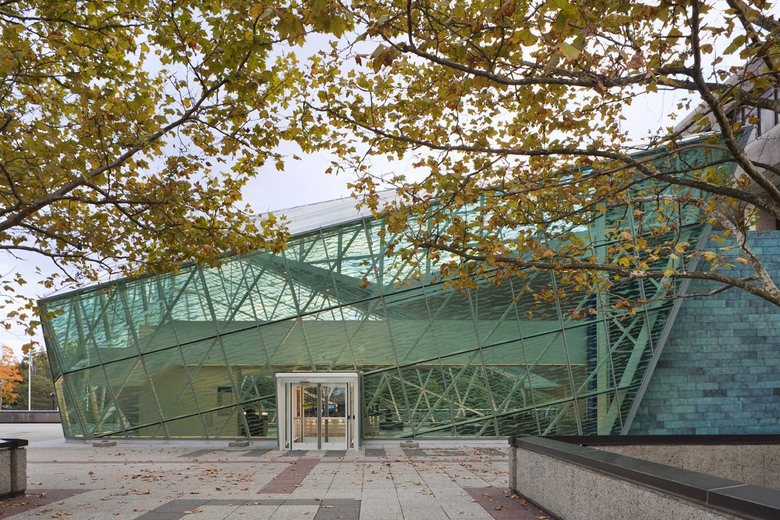 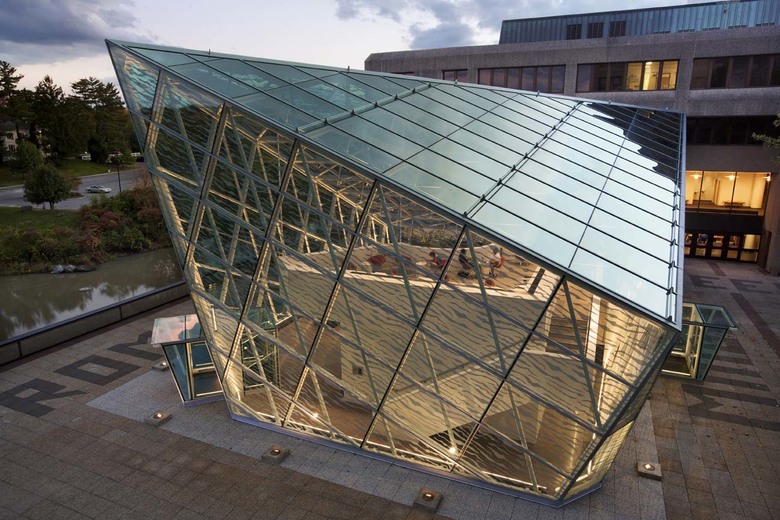 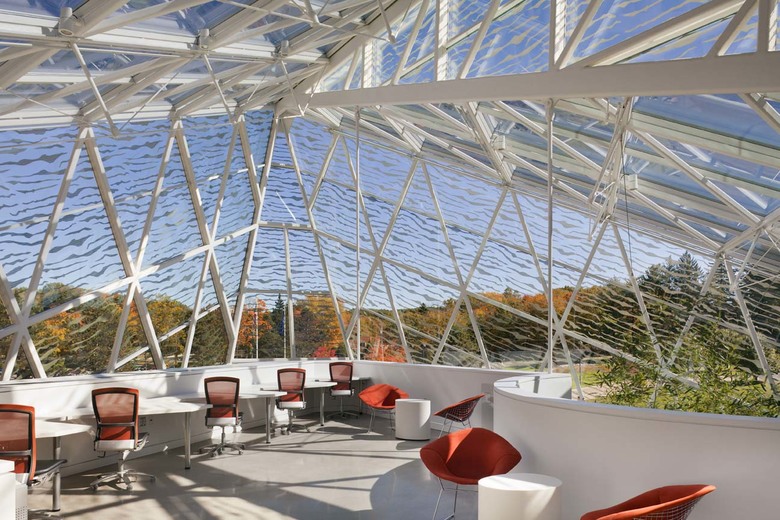 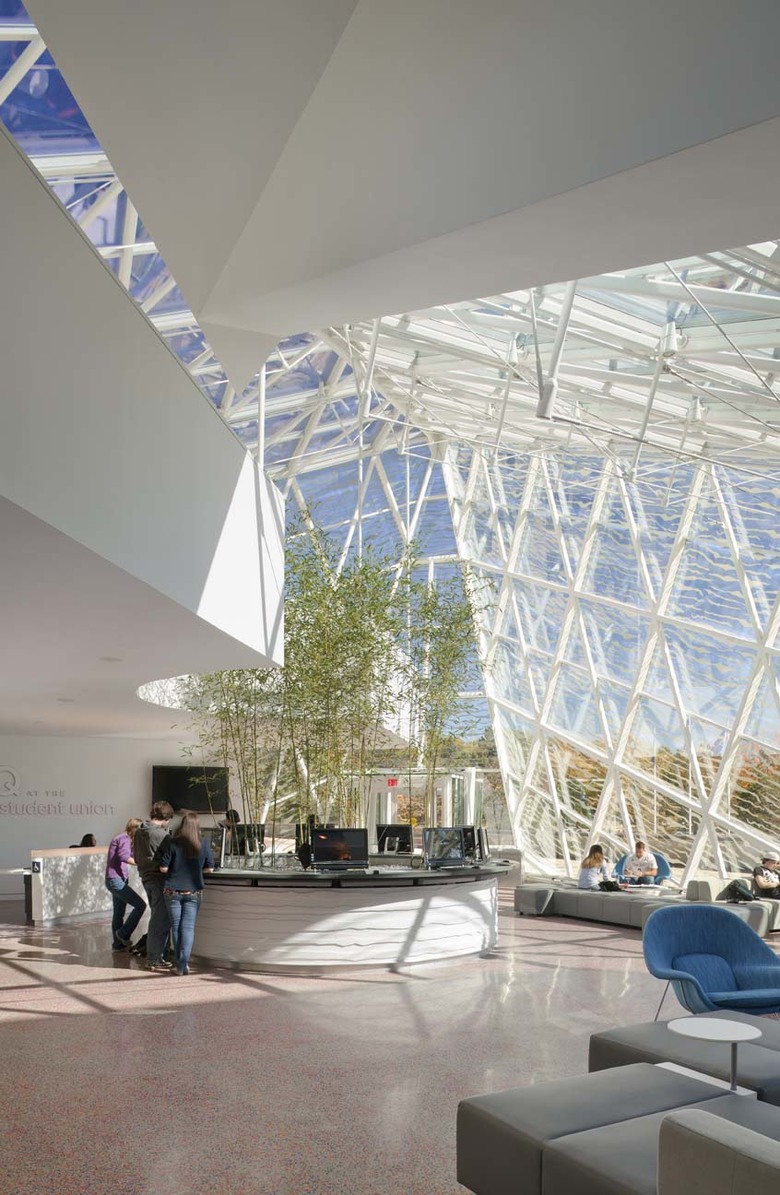 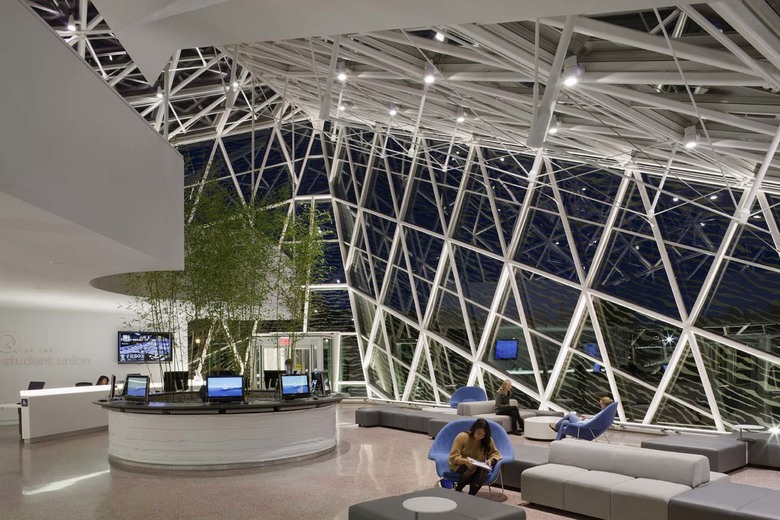 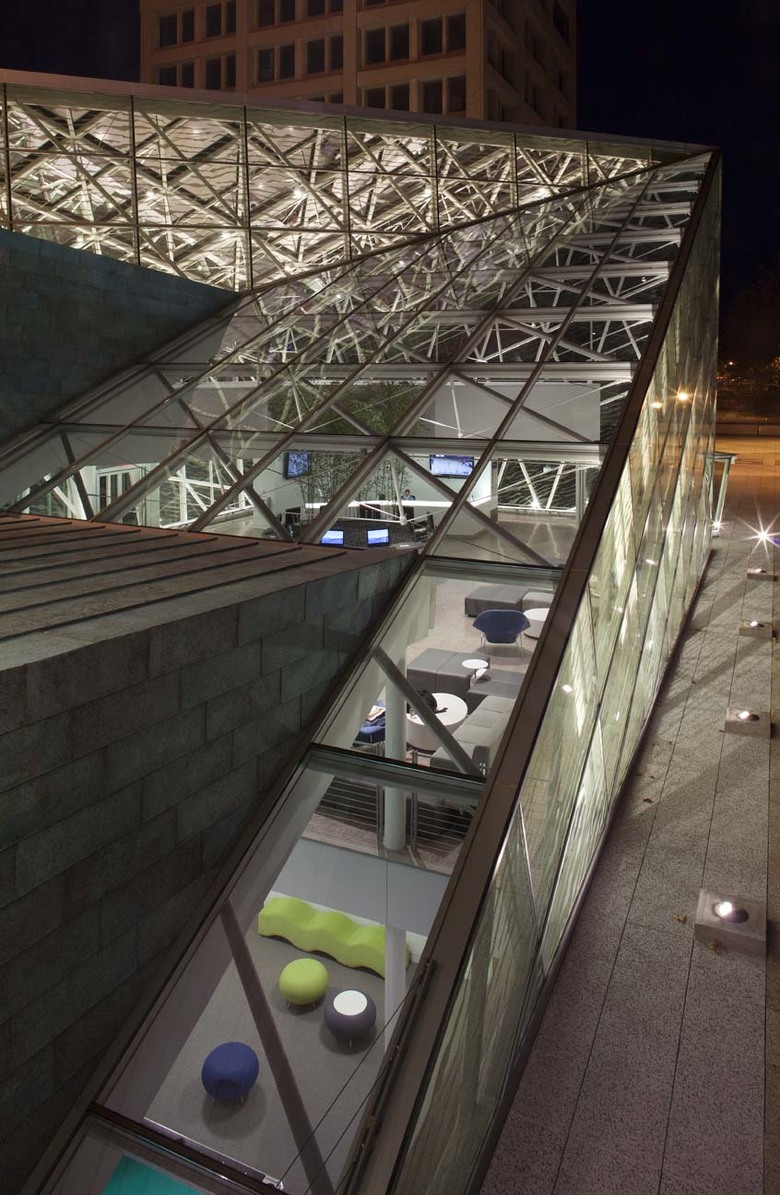 The State University of New York at New Paltz needed to expand its 1970 Student Union building by providing informal gathering spaces for students. The existing Student Union building was designed as an isolated cellular office building and did not have space for student collaboration or congregation. In addition, the University wished to change the overall appearance and presentation of the existing building which conveyed an uninspired institutionally functional appearance at the gateway to the university.

Inspired by the regional landscape of the Catskill Mountains, the form and shape of the Commons is abstracted from the Shawangunk ridge, a local internationally known rock climbing palisade that can be seen from the site and is a unique and special physical characteristic of the University’s location. In order to span over the existing courtyard with a column free enclosure for future flexibility, we designed a structural tube stress skin system that created the angular forms of the pavilion that metaphorically references the Shawangunk ridge. Uniform 4 inch square structural tubes shop fabricated in large planar sections were erected on site like a giant origami assembly and sprayed with intumescent paint to achieve the required fire rating. The erection of the entire enclosure was complete in less than two weeks. In order to resist the dead load and wind uplift on the roof, a 1” diameter stainless steel cable with 2” down rods were utilized to transform the stress skin on the horizontal roof plane into a truss.  Ceramic fritted glass was placed on top of the stress skin to create the enclosure. The pattern of the ceramic frit is an abstracted digitized version of the tectonic plates of the Shawangunks. The final solution creates an exciting Campus Commons as a steel and glass ‘palisade’ set between two existing concrete brutalist buildings that transforms the entry gateway experience to the State University of New York at New Paltz with structural expressiveness.

Other Projects by ikon.5 architects

The Center for Wellness | The College of New Rochelle