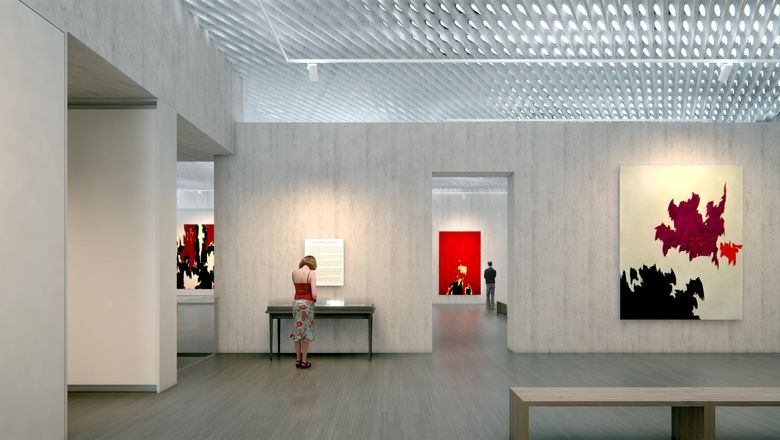 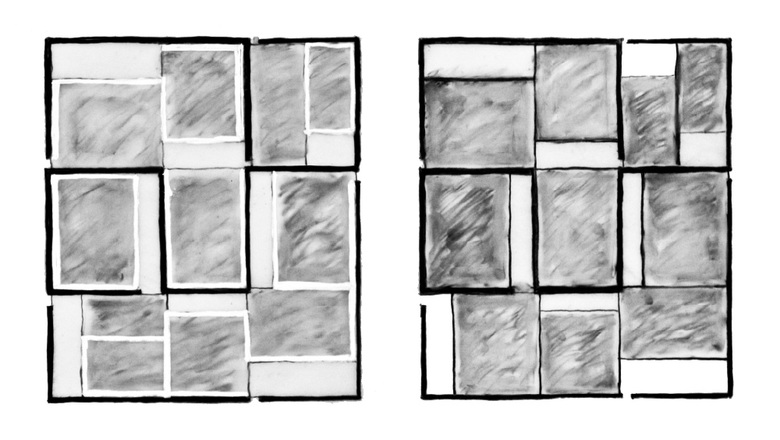 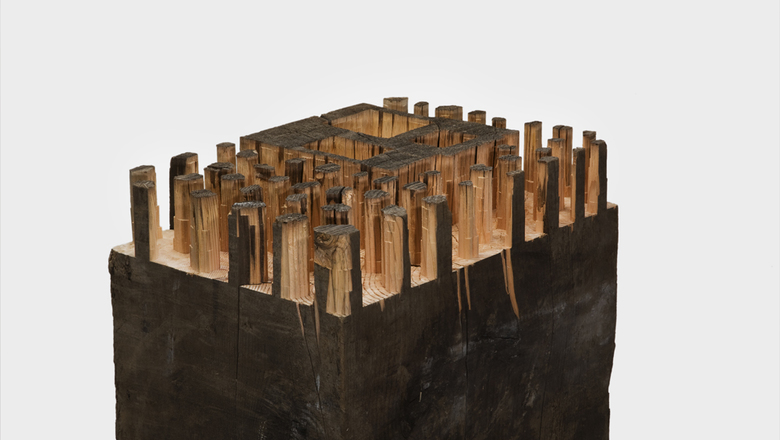 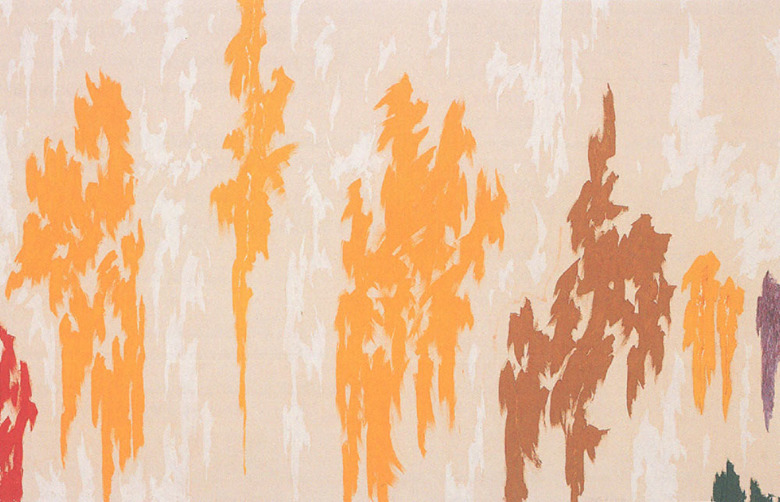 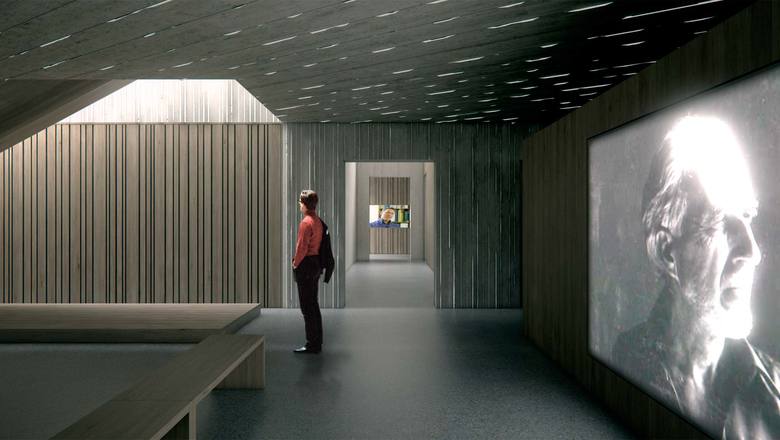 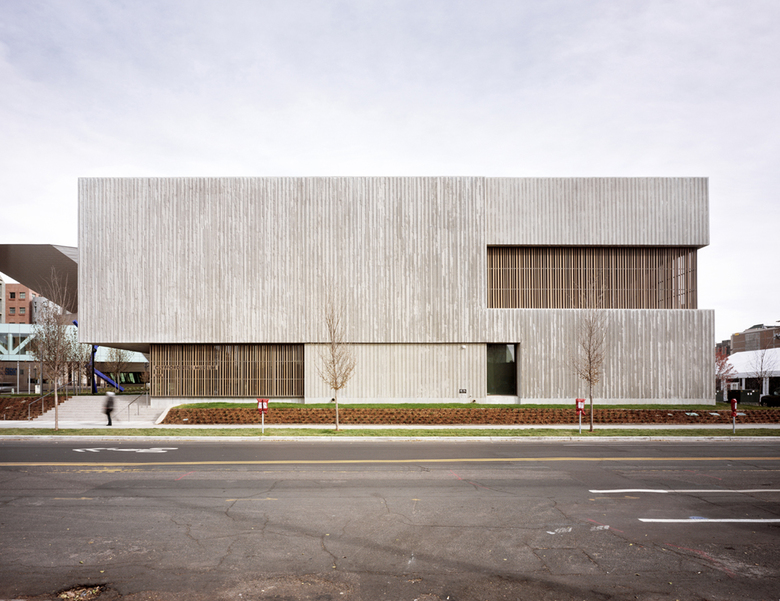 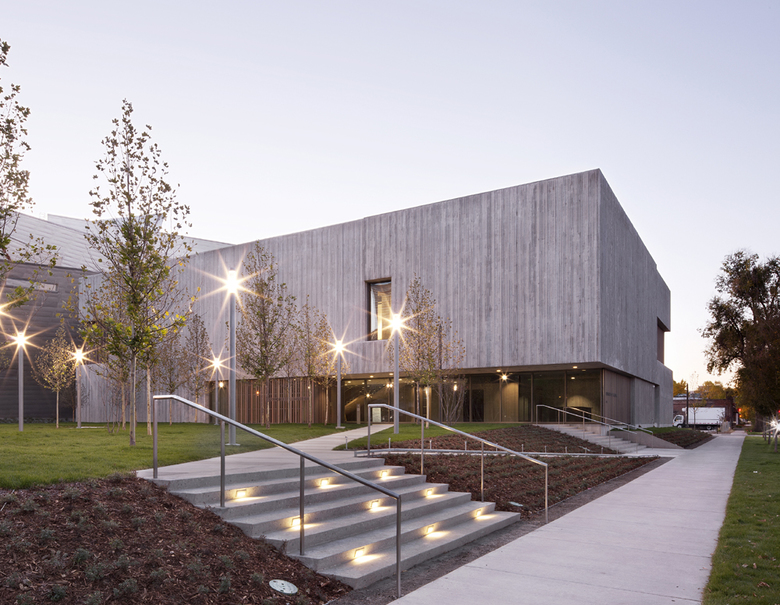 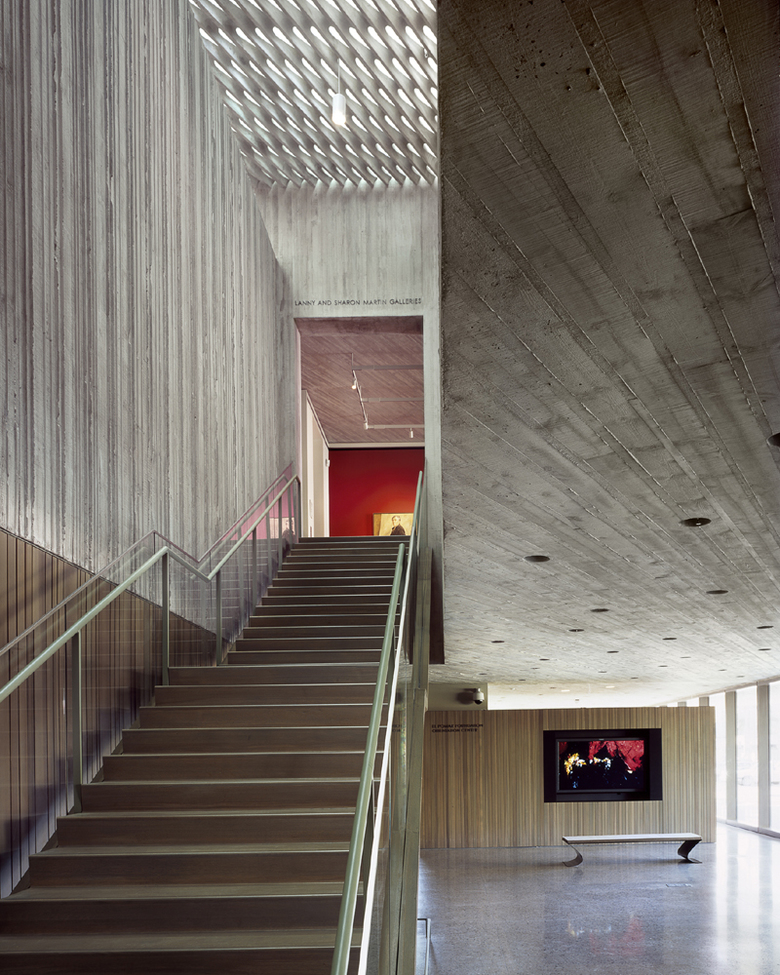 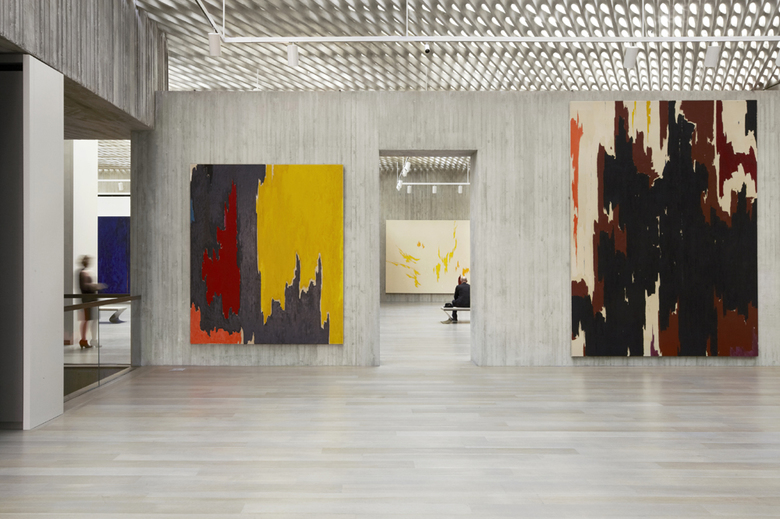 In 2007, Allied Works was selected to design the Clyfford Still Museum, a single-artist institution devoted to the life and work of one of the 20th century’s most influential and enigmatic painters. The site for the museum resides in the Civic Center of Denver, Colorado, a district inhabited by buildings of grand collective and cultural narrative.

The 28,000sf museum mediates this setting with two distinct acts of architecture. The first prepares the site by creating a dense grove of deciduous trees - a place of refuge from the intense light of central Colorado. The second act of architecture looks to the earth. The Museum is conceived as a solid, a continuous form that is opened up by natural light. Walls of textured concrete form the primary building envelope, interior walls and structural system. The entrance, deeply recessed beneath the cantilevered walls, holds the visitor to the earth. The lower level houses the education, archive and storage spaces. In the upper level galleries, the visitor moves through a series of nine distinct volumes where they encounter the work of Clyfford Still. Overhead, an open lattice of concrete unites the body of the building and offers illumination and connection to the atmosphere of the city. The galleries respond to the evolving character of Still’s art, changing scale and proportion, while varying the intensity of light.

Other Projects by Allied Works