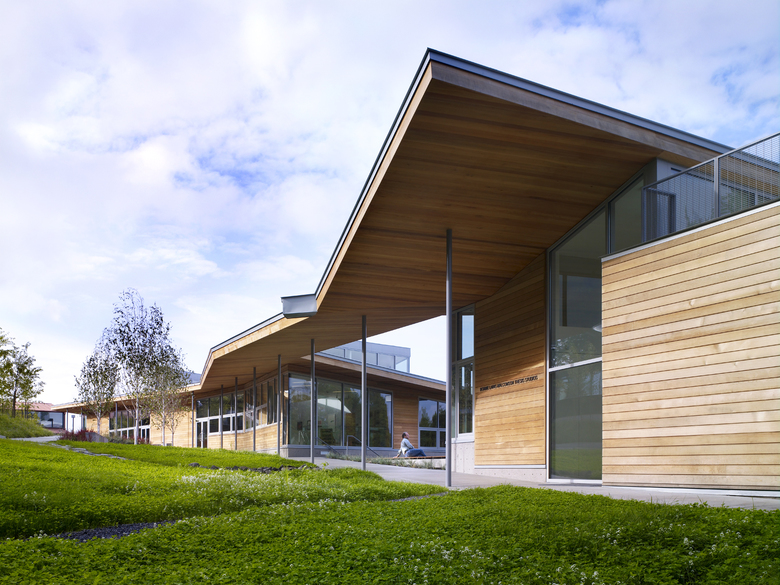 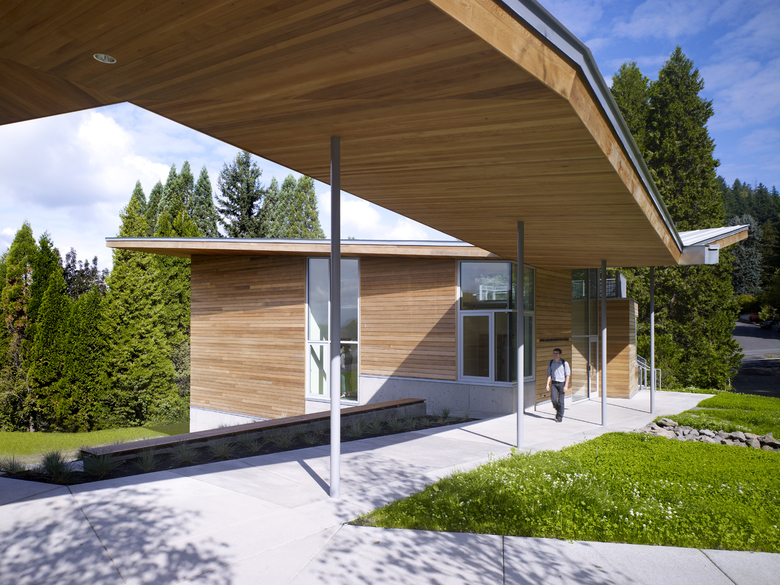 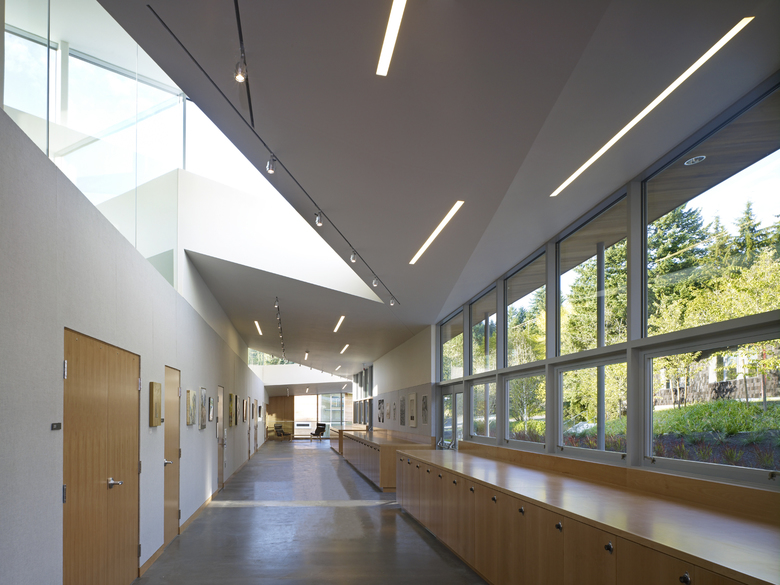 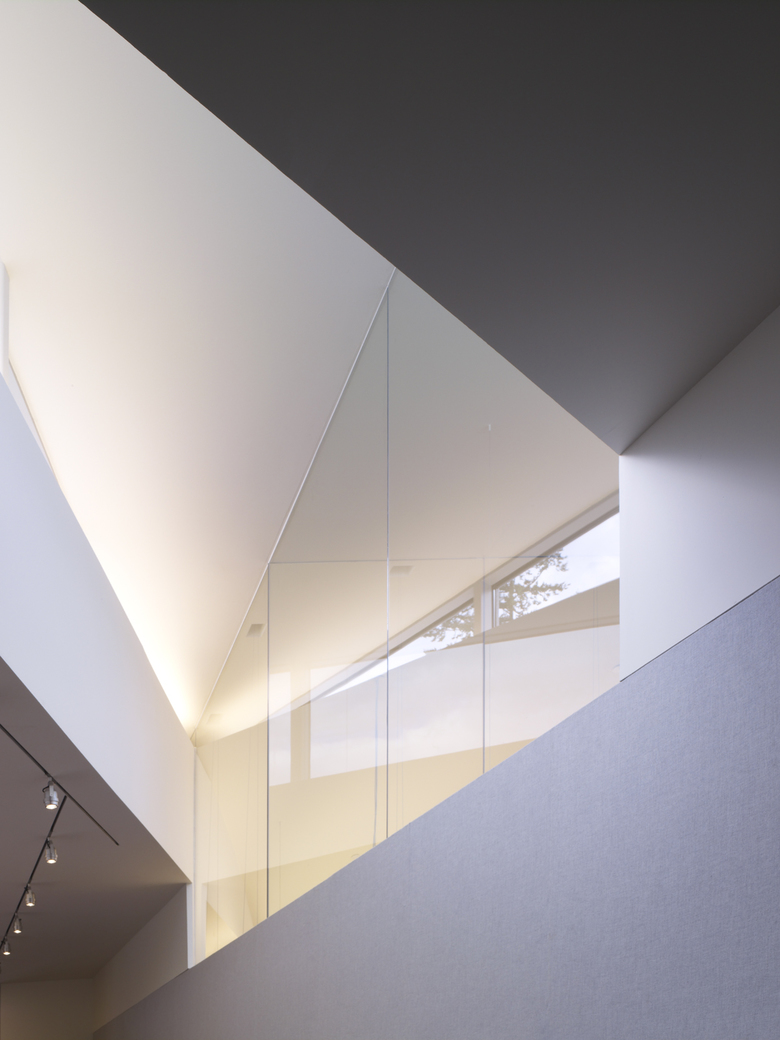 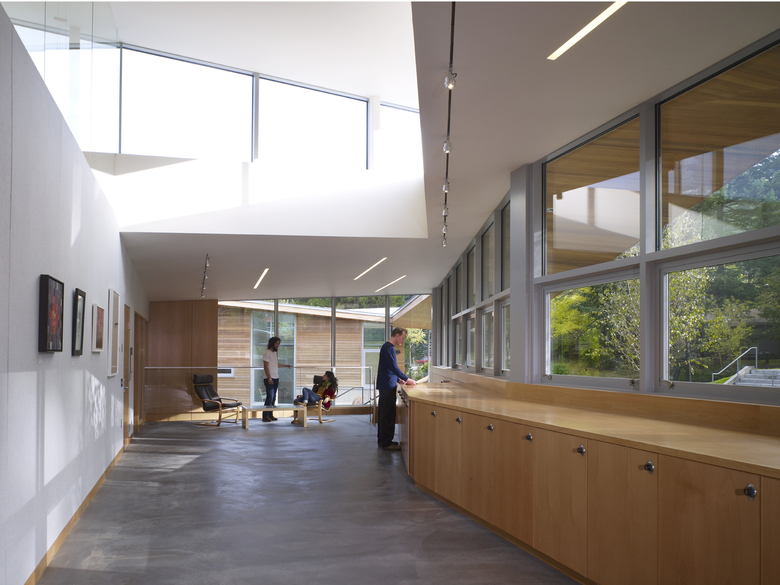 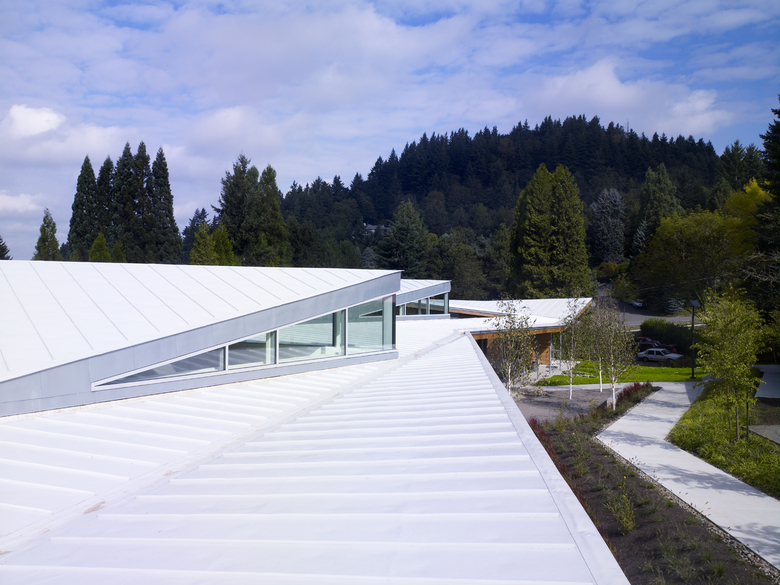 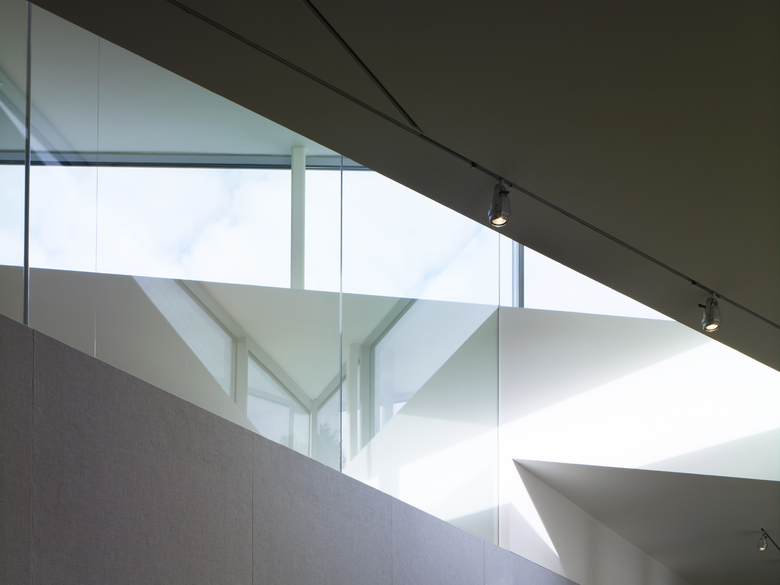 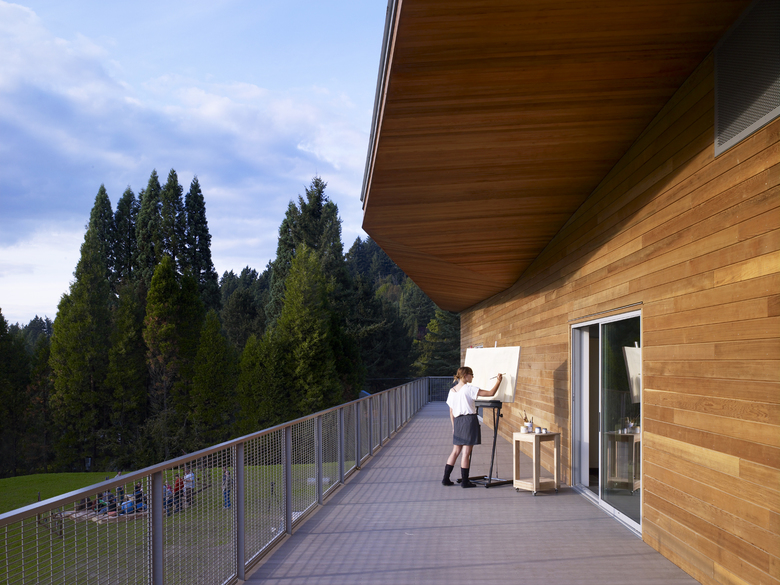 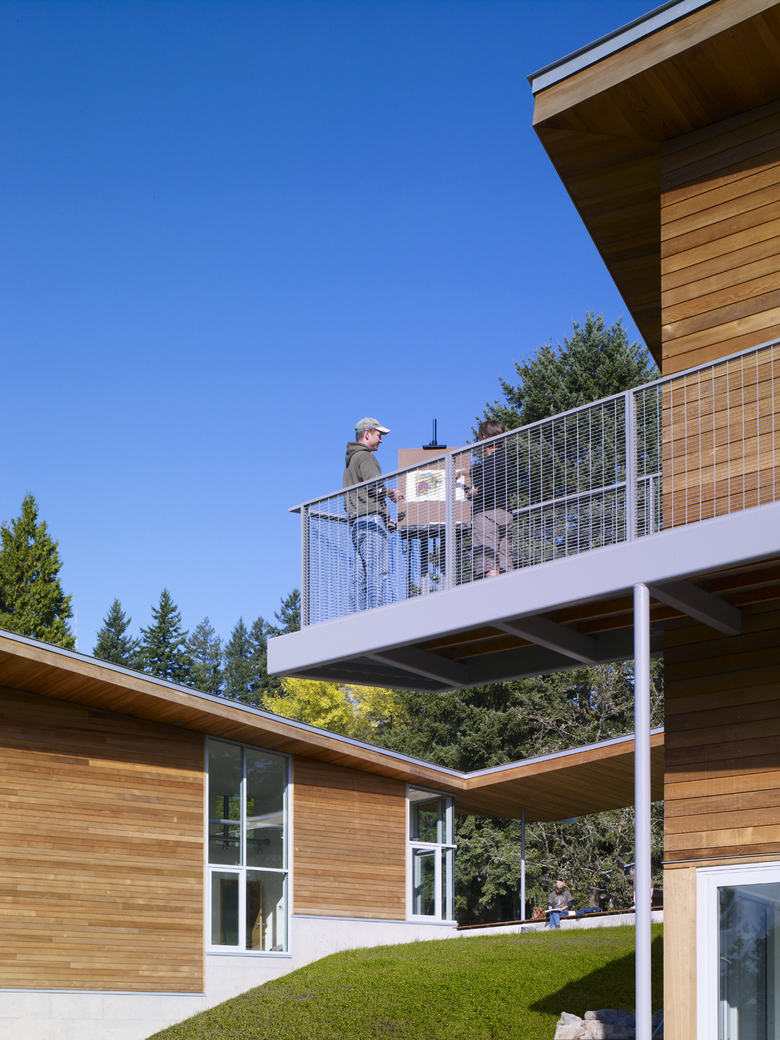 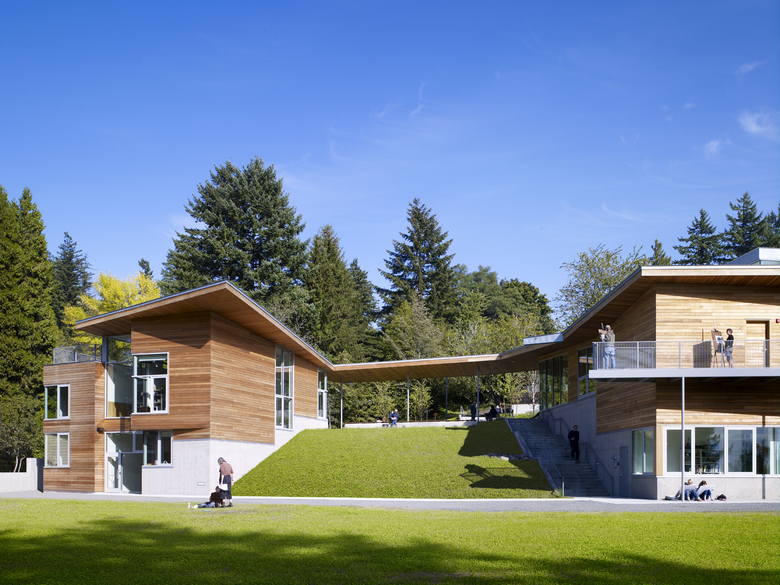 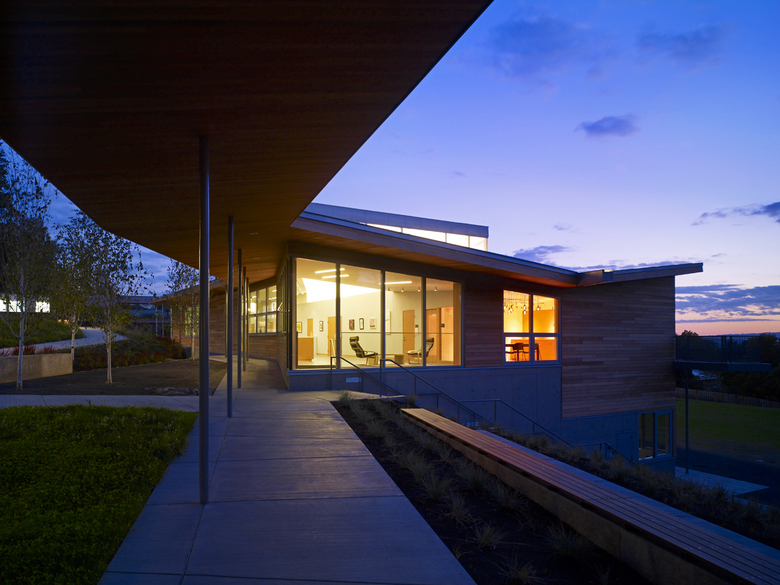 View of building at dusk

The Oregon College of Art and Craft hired Charles Rose Architects as it embarked on a major expansion of its campus in the West Hills of Portland, notable for its wood buildings designed by architect John Storrs. The LEED Gold buildings we created not only align with the college’s mission of being a premier laboratory of modern craft but its commitment to sustainability. We considered several questions as we developed our design: How might we interweave a new building—which required more than 16,000 sf of studio space—into the hillside campus and the vernacular buildings made in Storrs’ Northwest regional style? And how could we model and modulate sunlight so that the studio spaces felt alive and inspirational? Our inquiries led us to create two structures: a main building with upper-level drawing and painting studios and photography on the lower level; and a separate “thesis” pavilion with studios for graduate students. By making two distinct buildings, we opened views to Oregon’s coastal range and created a prominent place in the design for the landscape, which flows easily between the structures and suggests a natural gathering place. The forms of the coastal mountains are echoed in the roof plane, which moves dynamically across the building and creates an expressive, sculptural set of openings that allow in abundant northern light. Outside, a wide roof overhang offers protection for the pathways on rainy days.

Other Projects by Charles Rose Architects