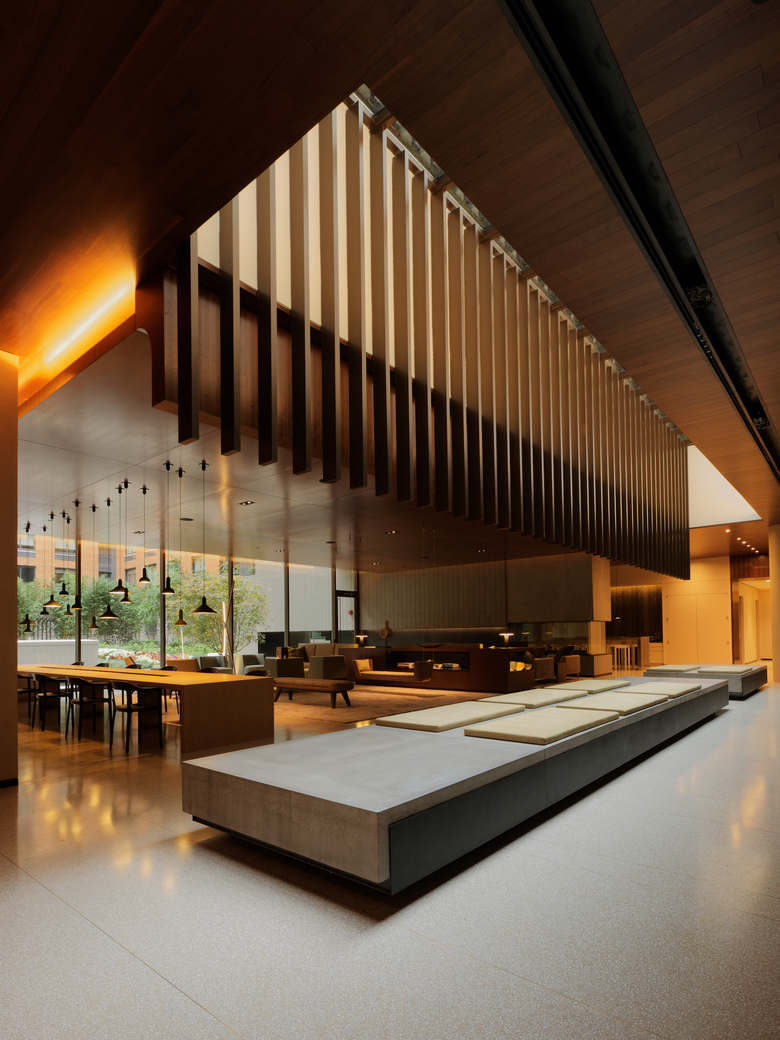 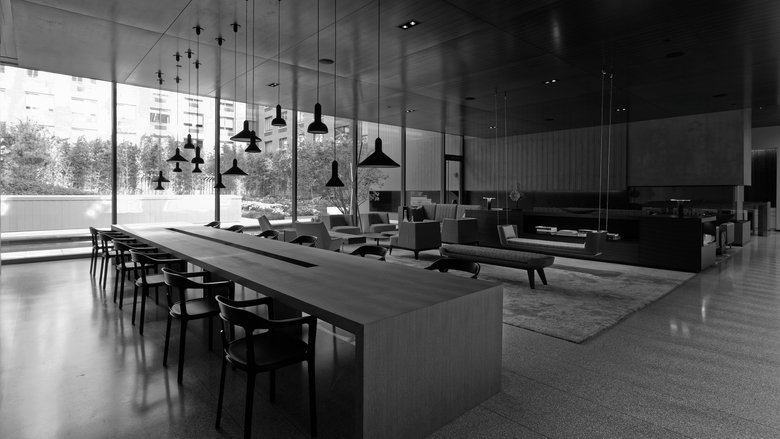 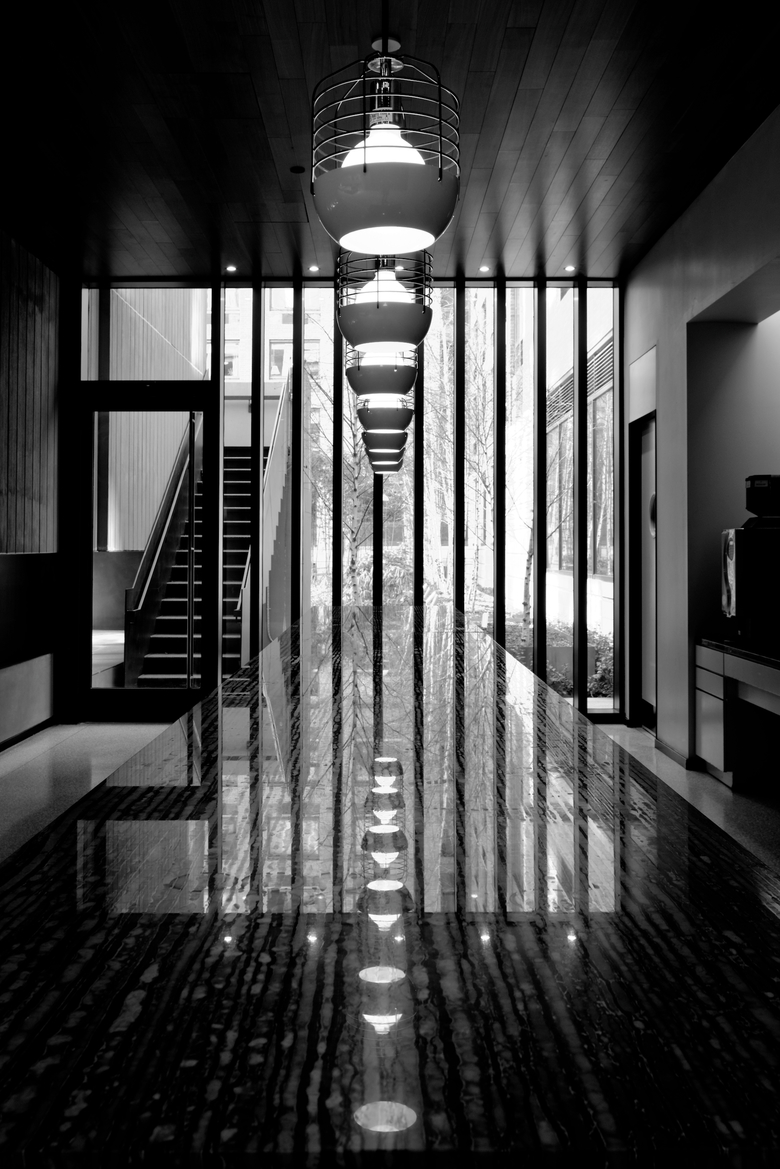 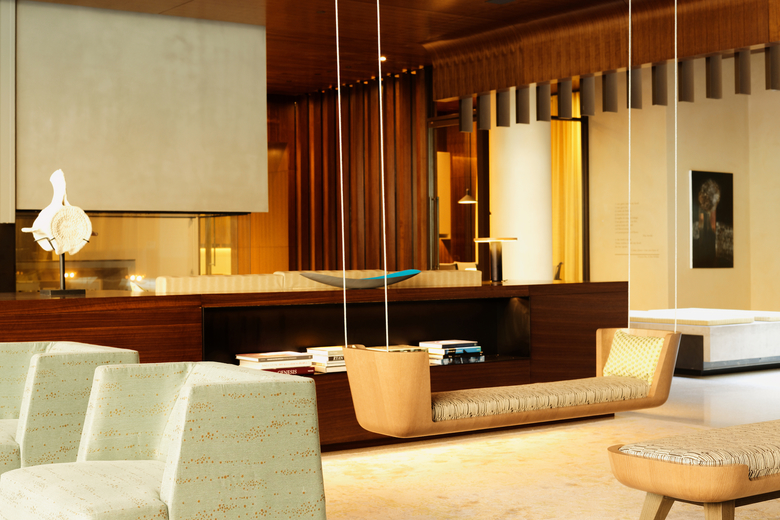 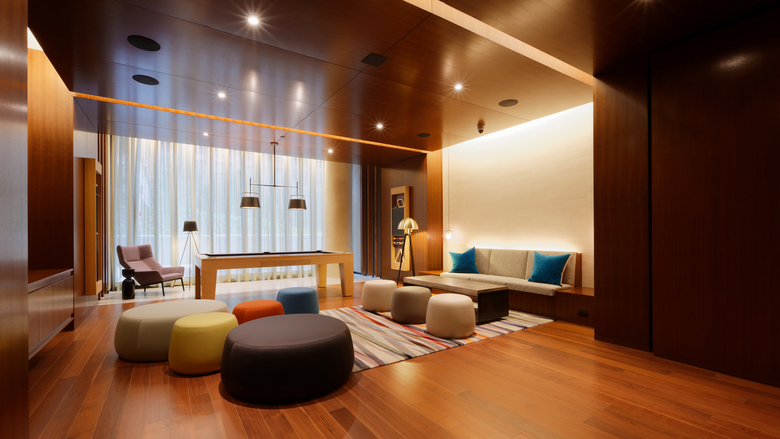 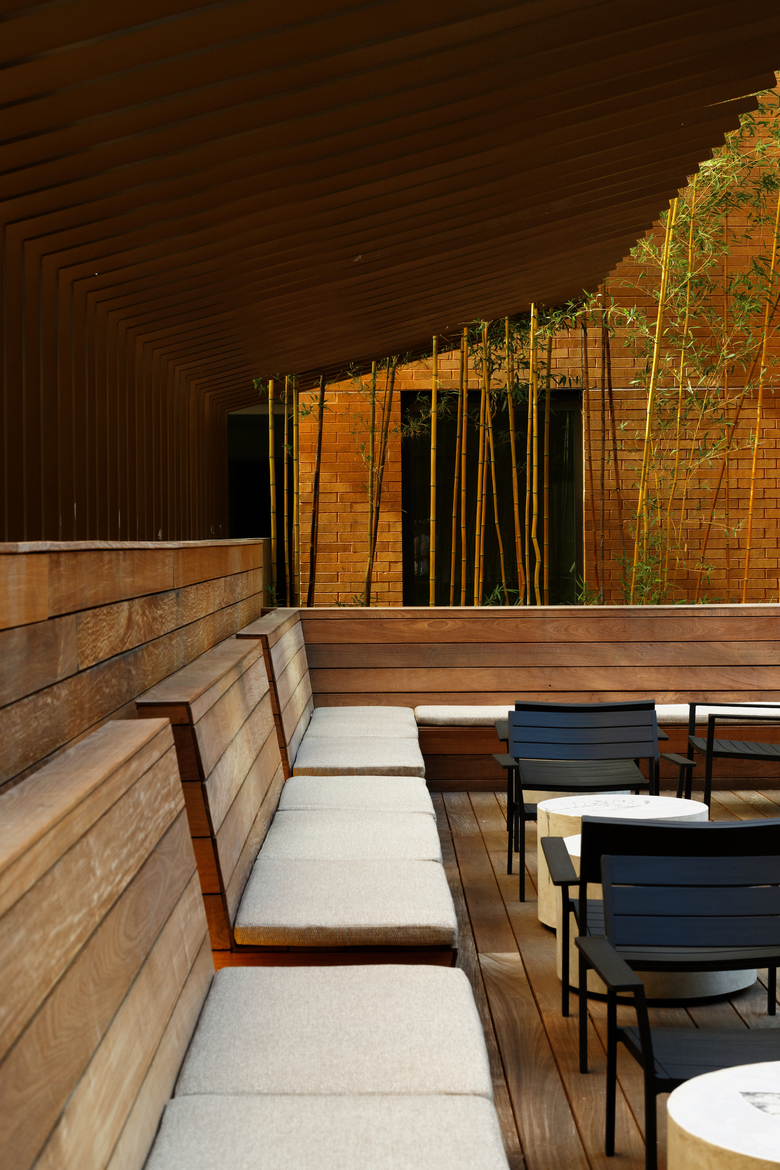 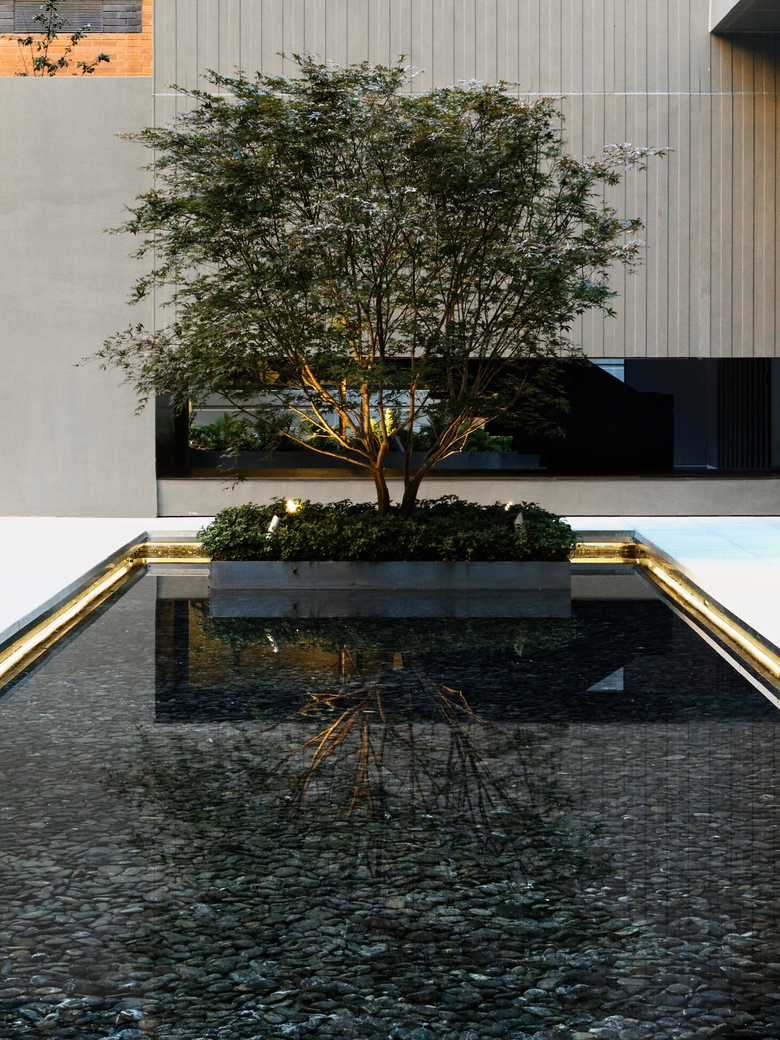 Gotham West, located on West 45th Street in Manhattan, transforms a previously condemned block in Hell’s Kitchen into one of the decade’s largest residential developments in Manhattan. The project demonstrates that complex, large-scale affordable housing developments are still feasible in New York City.

The $520 million project has 1,258 apartments in four buildings, including 556 market-rate rentals in a 31-story tower that will not only pay for the affordable units, but will also generate $20 million for affordable housing elsewhere in the city.

The Gotham Organization sought to differentiate the project from other developements by including a large amenity space meant to add value and serve as a private club for tenants. The mandate from Gotham was to leave the large amenity space open, allowing it to serve as an extension of the people’s homes and also act as an in-house hospitality environment, all the while maintaining a warm residential feel.

The design solution for the lounge focused on building overlapping zones of program. Large custom pieces of furniture are architecturally scaled to divide the space into seperate social areas. Hearth, trellis, and benches are transformed into totemic objects that are neither strictly architectural nor furniture. For example, the fireplace grows to house a secret stair leading to the upper private garden, and visually extends the lobby to the garden, terminating the reflecting pool and creating the fourth wall of the lobby. Views of the lushly-planted courtyard act as backdrops in most spaces, bringing the outdoors in.

This project highlights Neukomm’s keen interest in detail, exemplified in the many small- and large-scale interventions throughout. Main architectural elements were thought through and customized, including such elements as the swing in the lounge, numerous built-in seating, custom lighting fixtures throughout, and even the pool table a cue rack.

Project was begun in 2011 and completed at Span architecture. Jean-Gabriel Neukomm was the principal-in-charge for the duration of the project.f

Other Projects by JG Neukomm Architecture