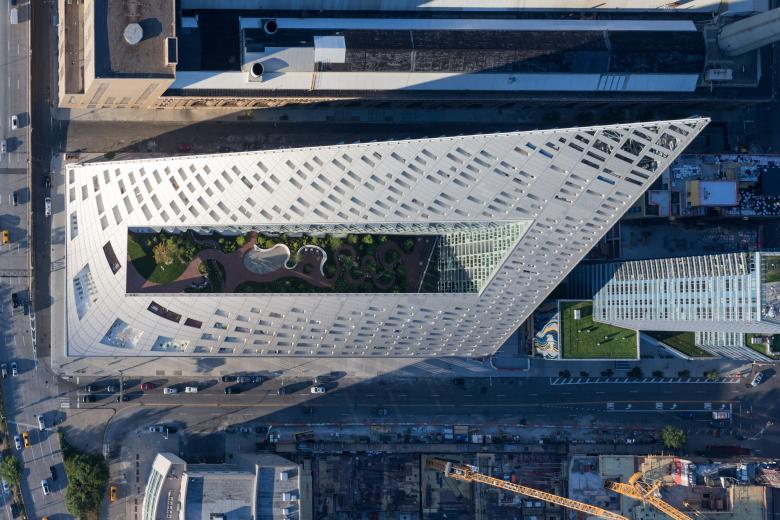 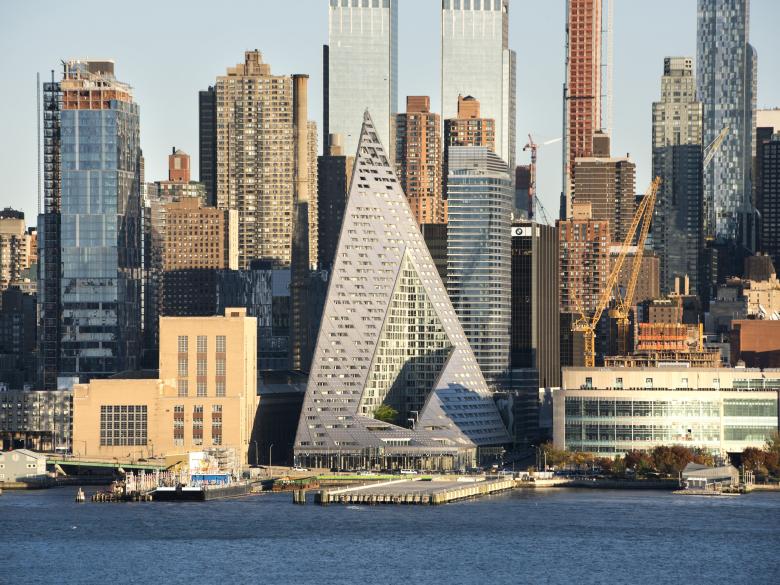 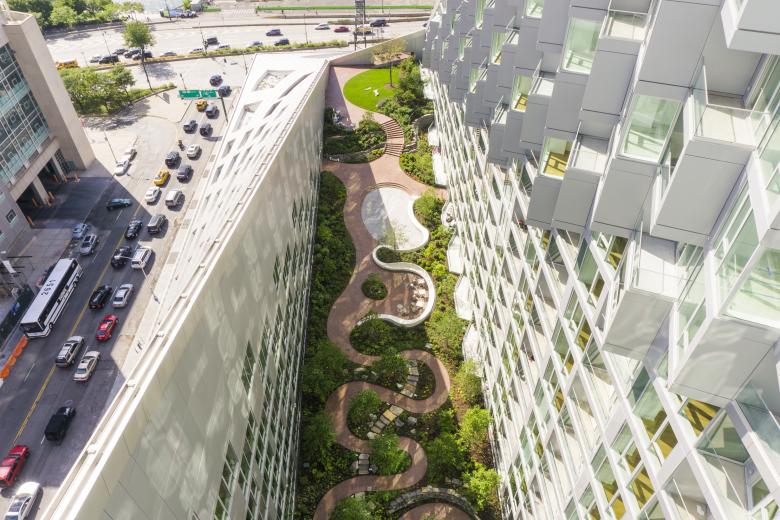 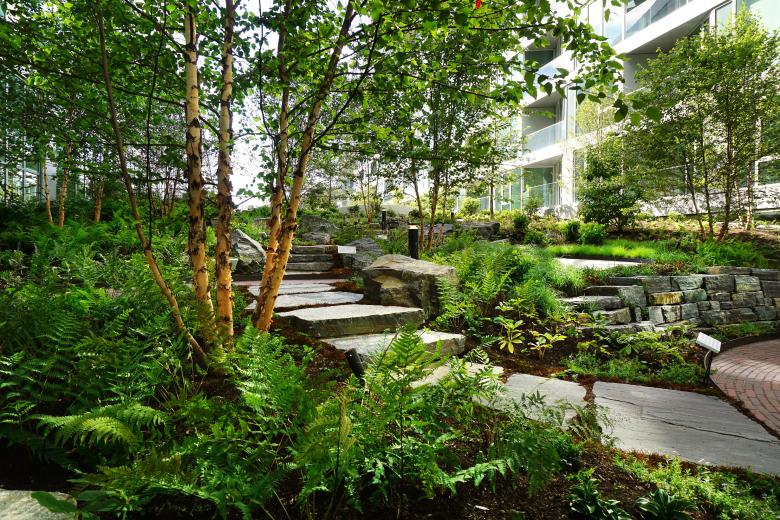 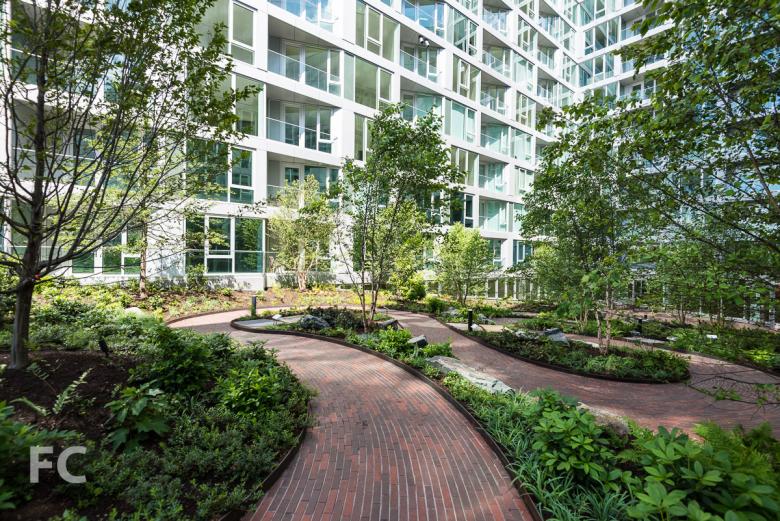 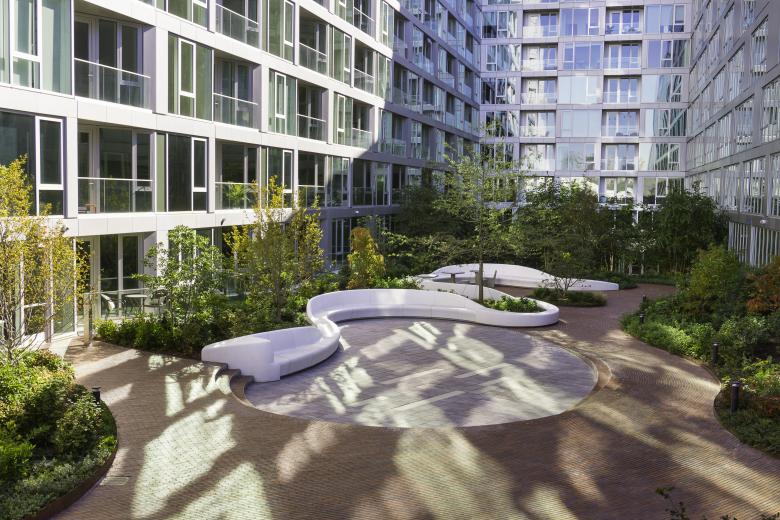 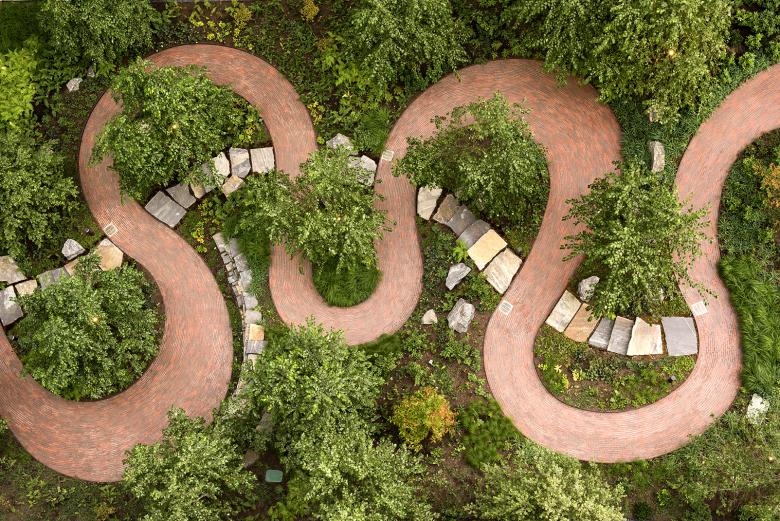 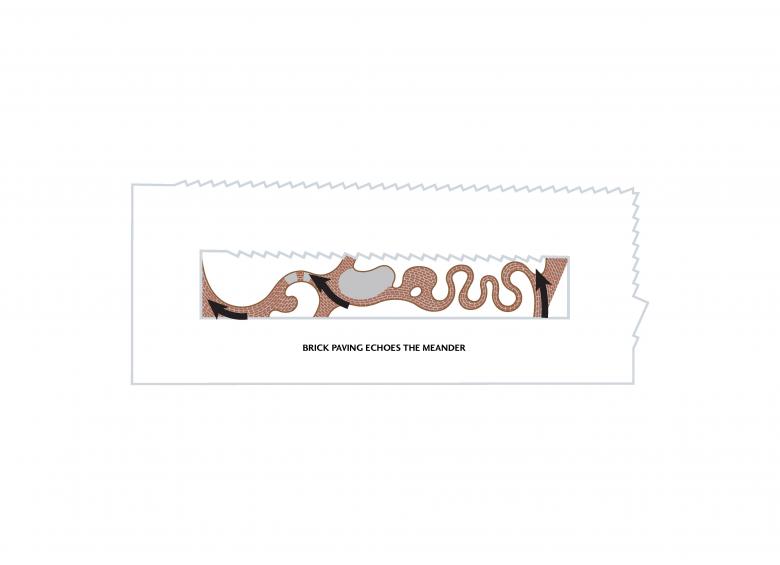 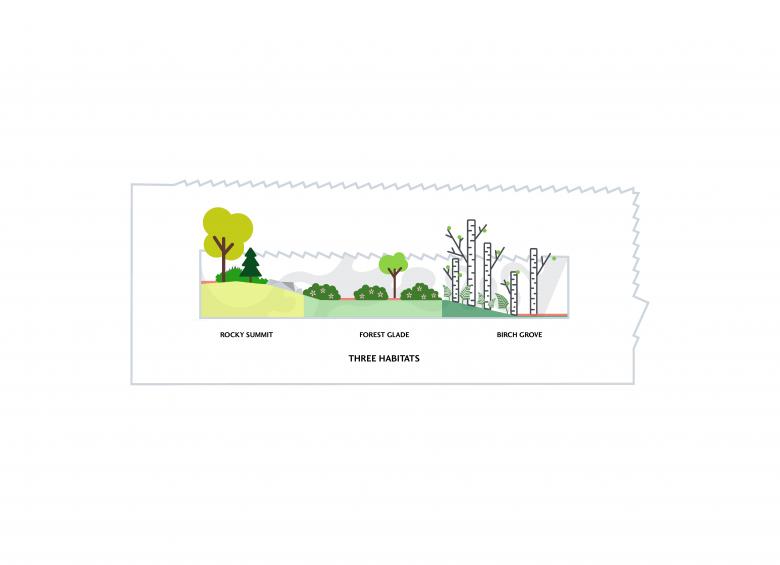 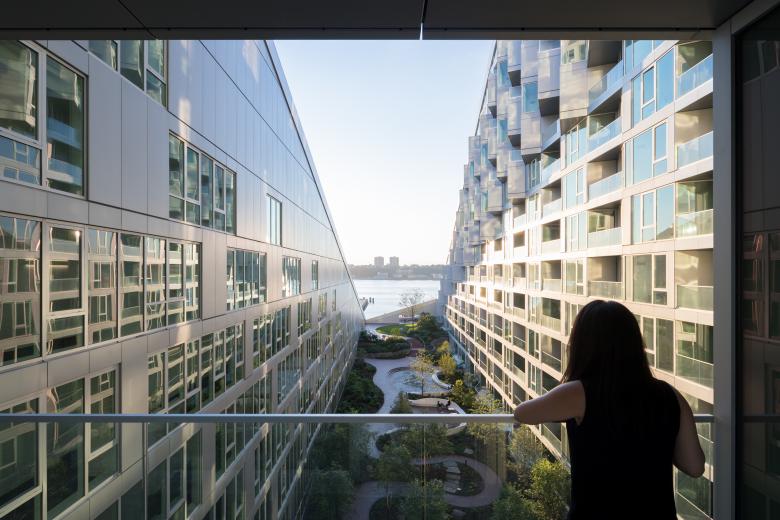 The courtyard at VIA 57 West is a park within a pyramid—a space that works in concert and in contrast with the building that surrounds it. The design invites visitors to hike a transect of the Hudson River Valley, passing through three local habitats along the way. Starting in a grove of fern and birch, the path meanders up one story, taking the traveler into a plaza that recalls a forest glade. Crossing through a fog feature whose mists invoke low-hanging mountain clouds, the path climbs a flight of stairs to arrive on a platform overlooking the Hudson. At this rocky summit, visitors can barbecue, enjoy the view, or sunbathe on a grassy knoll beneath a honey locust, surrounded by sumac, pine, and meadow grasses.

The three zones of the design are shaped by principles taken from Central Park. Set below the grade of the surrounding landscape, the brick and corten path disappears behind each bend. The ripple pattern of the brick echoes the meander of the path, creating a single fluid motion out of repetition. As the traveler walks along it, the path creates new views, adding to the sense of immersion in the landscape. These principles define a space that is separate but receptive to the architectural frame: the park receives light generously provided by the building’s lowered southwest corner, and in return, its path reaches into the structure, connecting to internal arteries and chambers in a symbiotic dialogue of space.

Other Projects by Starr Whitehouse Landscape Architects and Planners