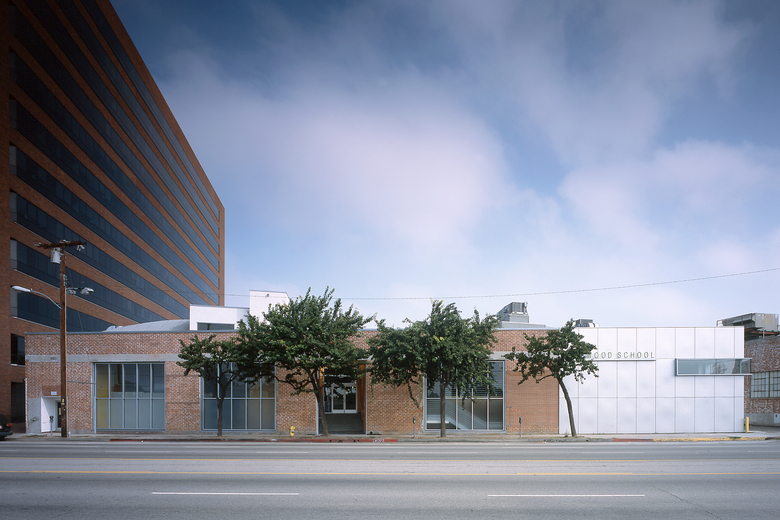 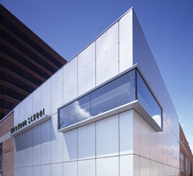 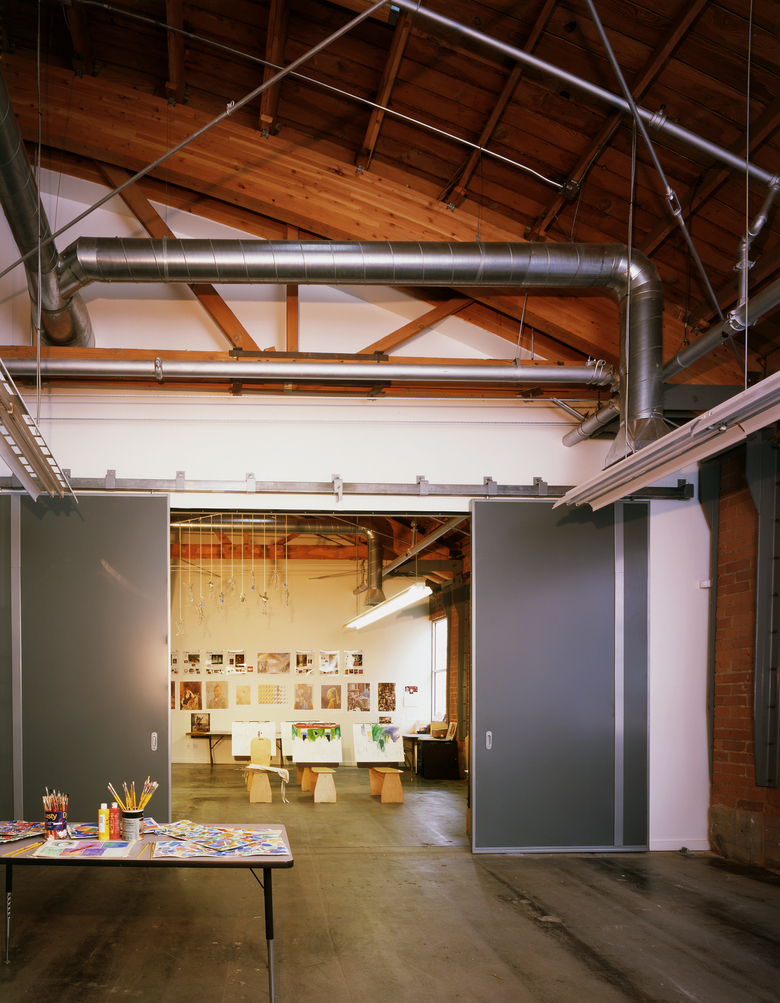 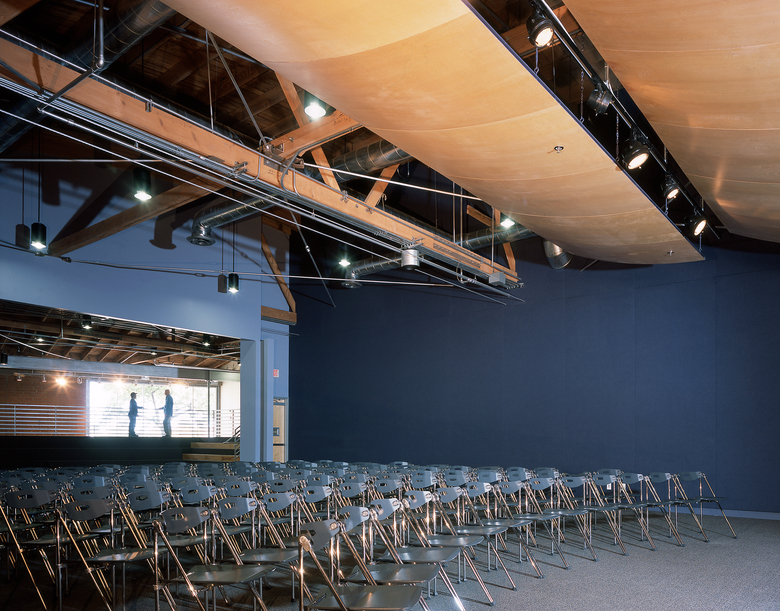 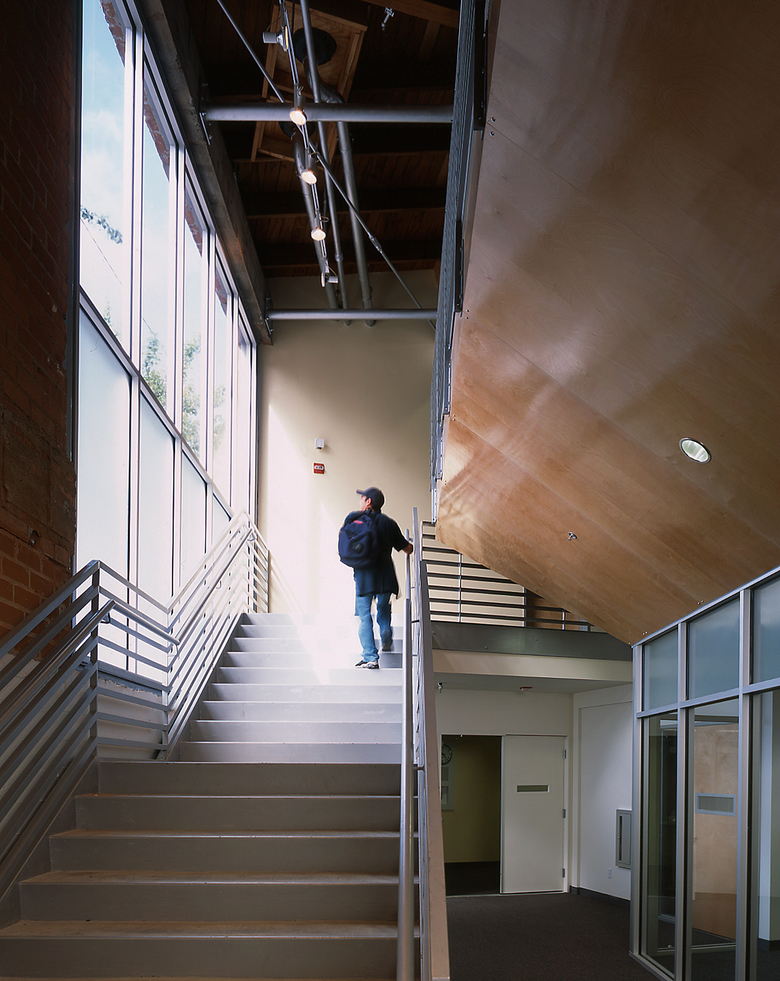 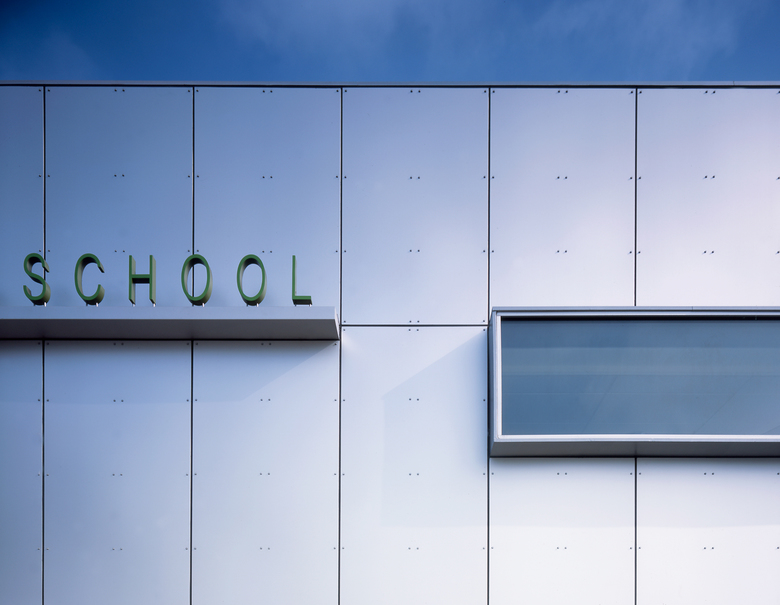 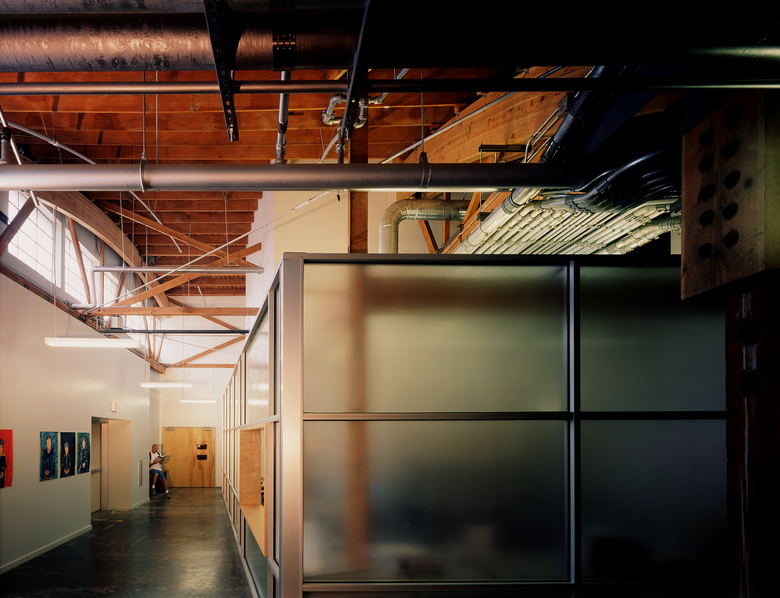 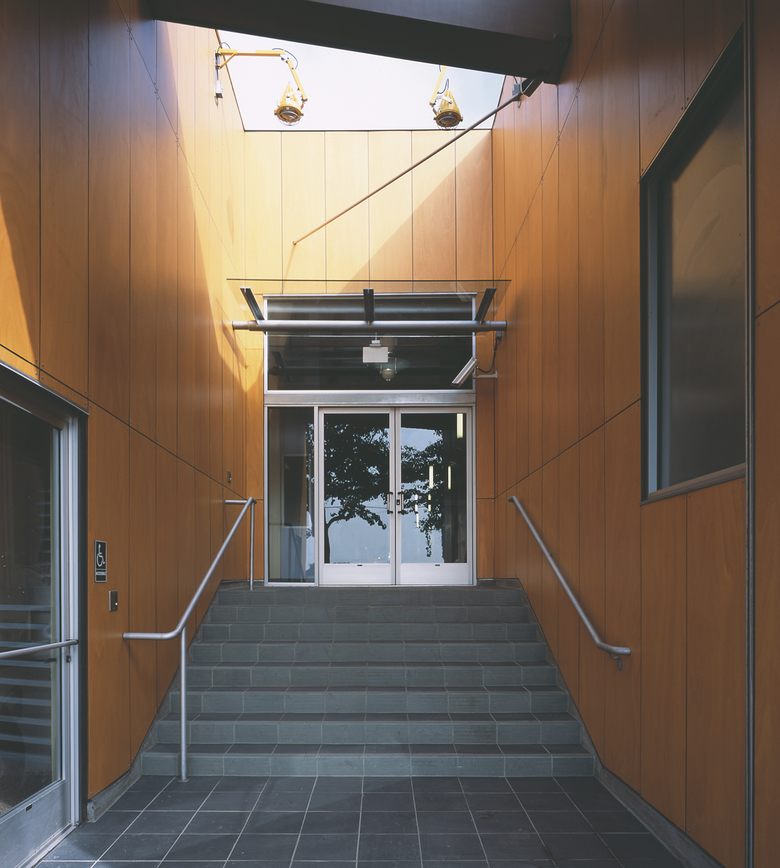 We became involved with this ambitious conversion of an industrial warehouse into a 420-student capacity upper school only five months before the first day of classes, brought in by the school’s board to reign in a budget that had veered drastically beyond expectations, and our work on the Wildwood Secondary School was severely influenced by monetary restrictions and an incredibly tight schedule. In meeting all design deadlines and coming in well under budget, this project represents one of our most practical successes.

Wildwood, an independent and progressive school, was established in Santa Monica in 1971. Originally only serving elementary-aged students, in 1999 Wildwood’s Board of Trustees decided to expand their program to incorporate a middle and upper school. Requiring more space, the plan was to adapt a classic bow-string truss in urban LA to house what would be the upper school. After initial designs drafted by the original architect came in significantly over-budget, Wildwood began seeking out another firm to get the project back on track.

Beginning work on Wildwood in early 2000 (the school would open just a few months later), we advised the Board to back out on frills and project areas that were not absolutely essential. Sparse finishes look natural in the urban environment, and we chose to expose the existing brick, concrete, and wood—a move that both saved money and created a studio-like aesthetic aligned with the school’s progressive vision.

Other Projects by SPF:a