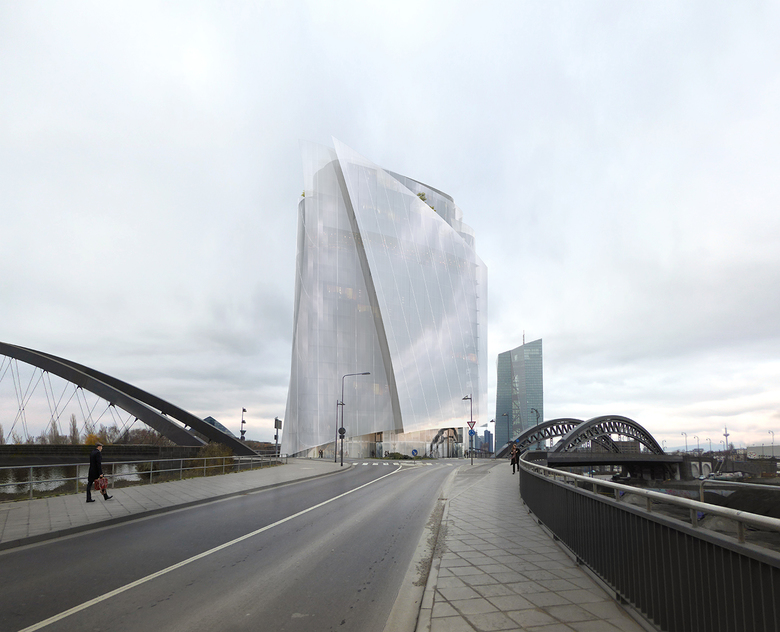 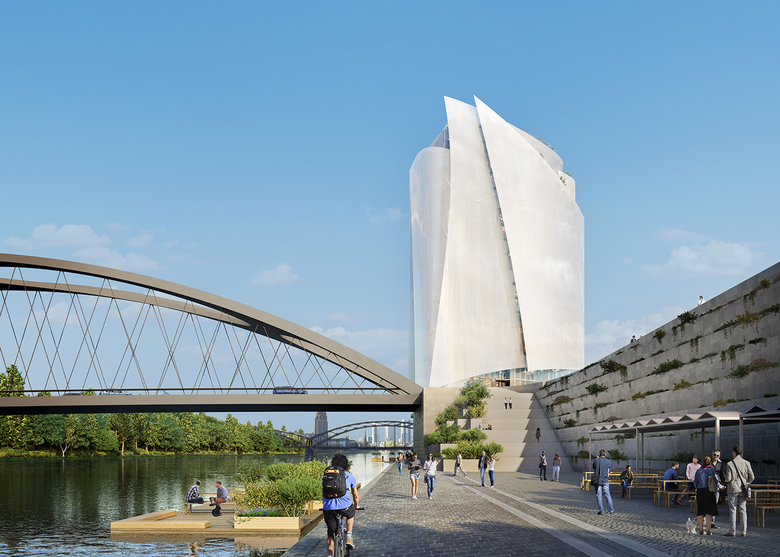 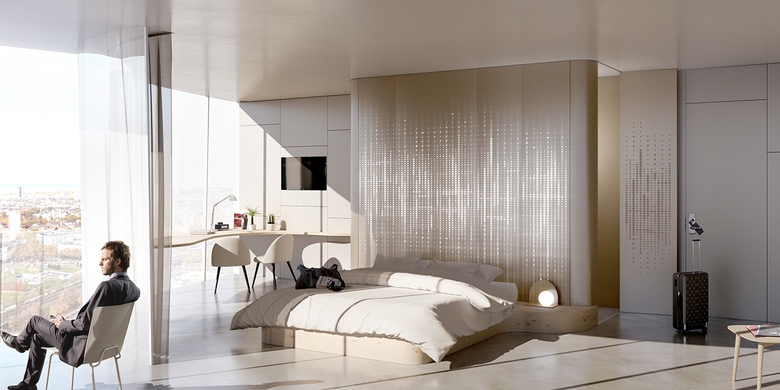 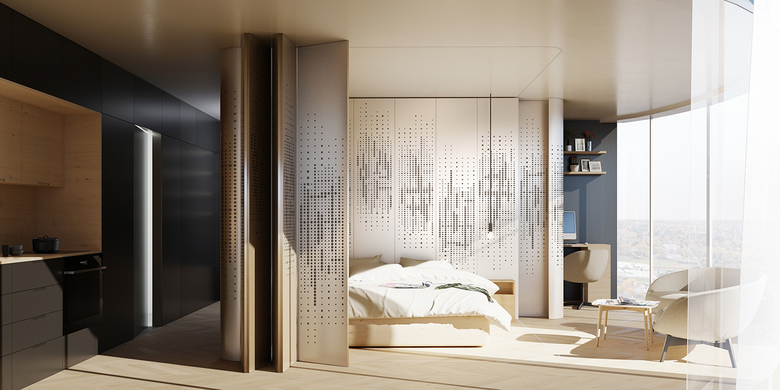 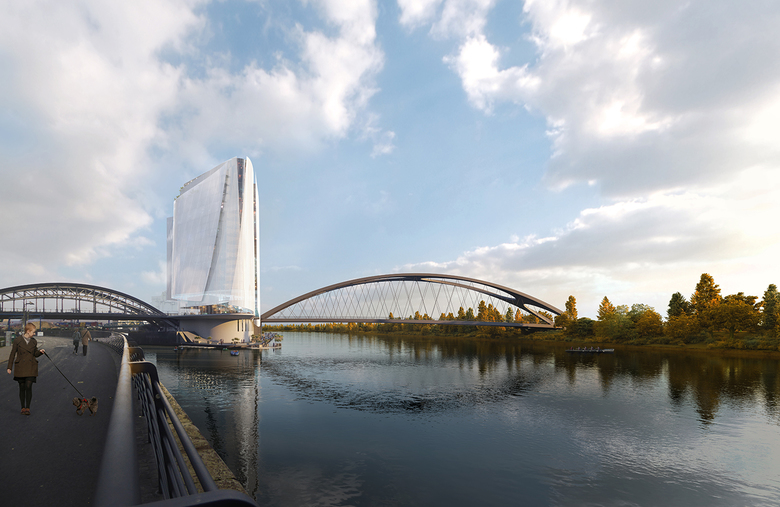 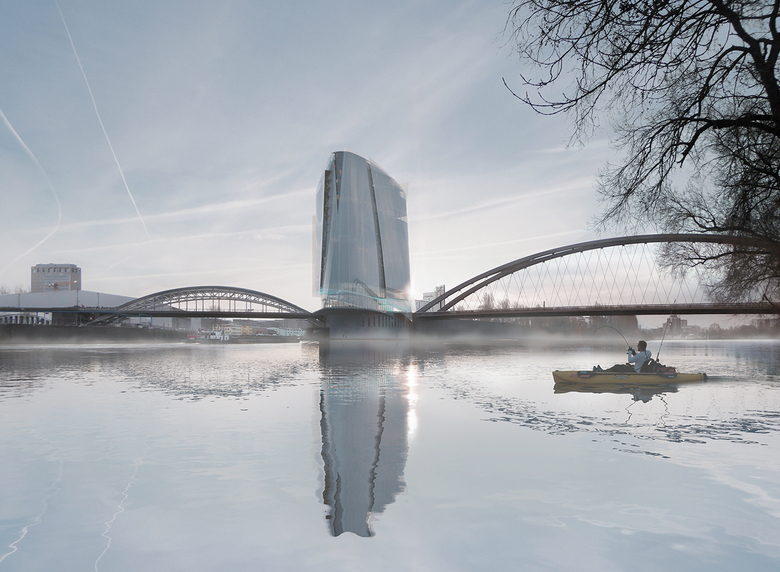 The Hafenpark Quartier Hotel is located at the junction of Honsellbrüke and Osthafenbrüke; the Main is divided into different canals, with two open-armed bridges marking the convergence. The point of support of the two bridges on the strip of land in the centre is the site of the project, like an island; this location makes it both a marker in the urban fabric of the City of Frankfurt and a call for a unique architecture.

This confluence reflects the urban challenge of linking the two banks of the Main. At an architectural scale, this synergy gives rise, in the lower part, to a pedestal designed by water erosion, in dialogue with the Main. It is crowned by a platform: a hand stretched out towards the city from which rises an ethereal form, sculpted by light.

A vault made up of a metal structure frees all the facades of the ground floor from any structural constraints and connects the hotel to its outdoor spaces. From the moment you enter the lobby, there is a 360° view, giving a vivid impression of floating above a marble floor extending towards the nearby water.

This lobby is designed to allow two separate access points: one to the hotel and the other to the boarding house. An atrium and a plaza create an open space between the two 12 floor programmes that dialogue with the city.

The evanescent white facades reinforce the verticality of the project, highlighted by hollow joints, sometimes vertical, sometimes diagonal. This results in a set of facades that intertwine while respecting the external alignments of the ground. A sculptural game of materiality, the facade adapts according to its orientation and context.

The play of light on the glass surface reflects the sky and city, and absorbs it. The life of the city flows into the building, every surface is a window, everything is structural, there is no longer any definition, it is one whole. On all levels, each room has a bay window allowing natural ventilation and offering travellers an exceptional view of the Main and the city of Frankfurt.