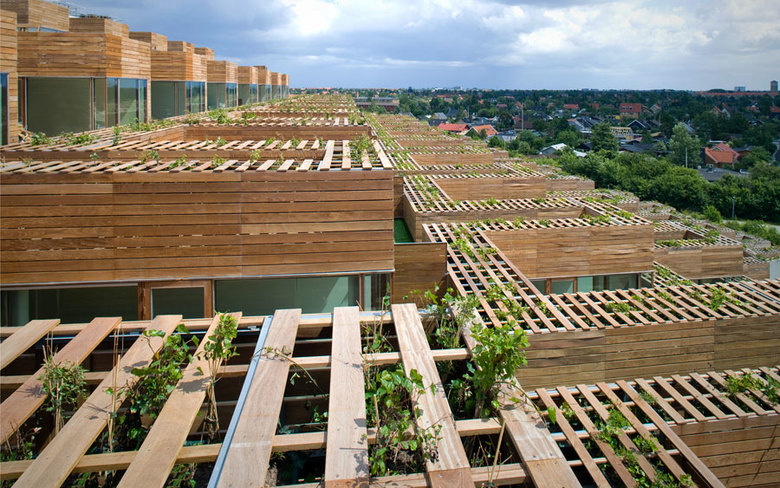 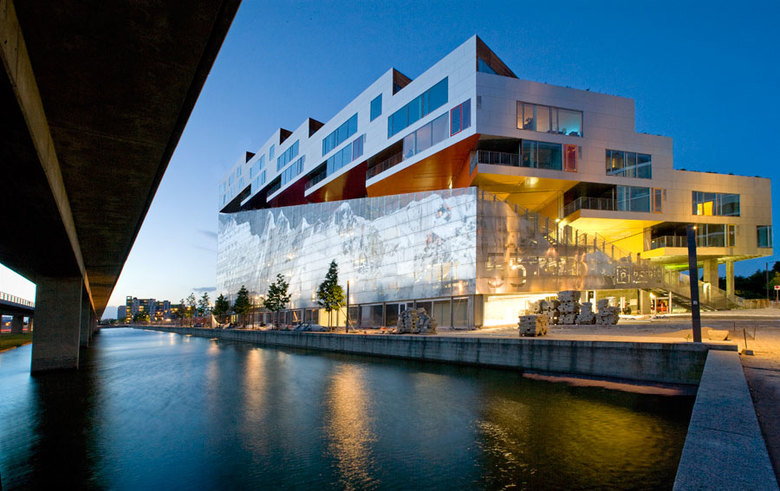 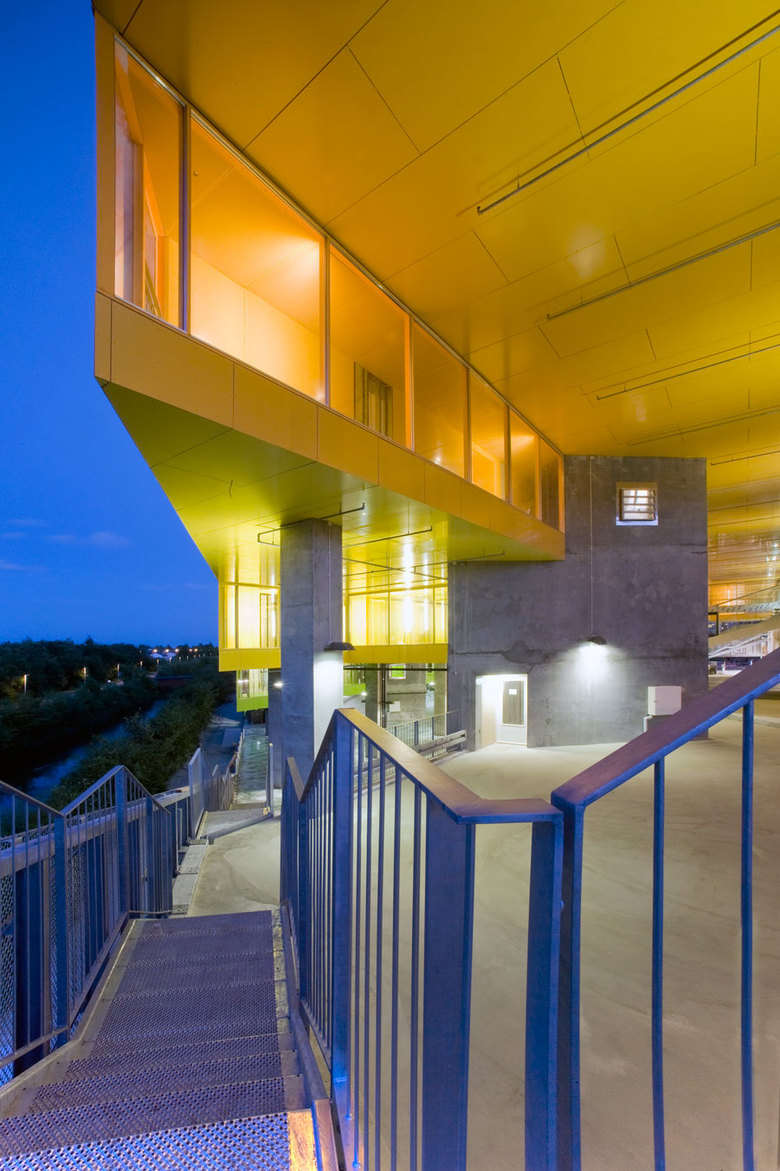 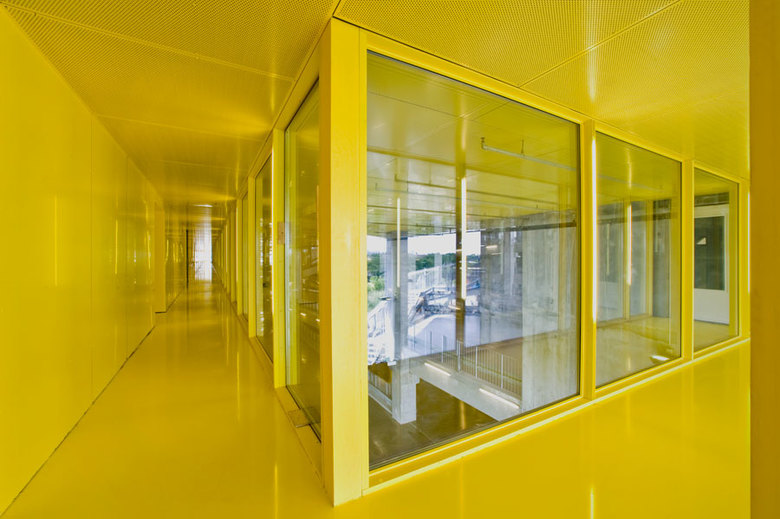 How do you combine the splendours of the suburban backyard with the social intensity of urban density?

The Mountain is the 2nd generation of the VM Houses - same client, same size and same street. The program, however, is 2/3 parking and 1/3 living. What if the parking area became the base upon which to place terraced housing - like a concrete hillside covered by a thin layer of housing, cascading from the 11th floor to the street edge? Rather than doing two separate buildings next to each other - a parking and a housing block - we decided to merge the two functions into a symbiotic relationship. The parking area needs to be connected to the street, and the homes require sunlight, fresh air and views, thus all apartments have roof gardens facing the sun, amazing views and parking on the 10th floor. The Mountain appears as a suburban neighbourhood of garden homes flowing over a 10-storey building - suburban living with urban density.

The roof gardens consist of a terrace and a garden with plants changing character according to the changing seasons. The building has a huge watering system which maintains the roof gardens. The only thing that separates the apartment and the garden is a glass façade with sliding doors to provide light and fresh air.

The residents of the 80 apartments will be the first in Orestaden to have the possibility of parking directly outside their homes. The gigantic parking area contains 480 parking spots and a sloping elevator that moves along the mountain’s inner walls. In some places the ceiling height is up to 16 meters which gives the impression of a cathedral-like space.

The north and west facades are covered by perforated aluminium plates, which let in air and light to the parking area. The holes in the facade form a huge reproduction of Mount Everest. At day the holes in the aluminium plates will appear black on the bright aluminium, and the gigantic picture will resemble that of a rough rasterized photo. At night time the facade will be lit from the inside and appear as a photo negative in different colours as each floor in the parking area has different colours.

The Mountain is located in Orestad city and offer the best of two worlds: closeness to the hectic city life in the centre of Copenhagen, and the tranquillity characteristic of suburban life.