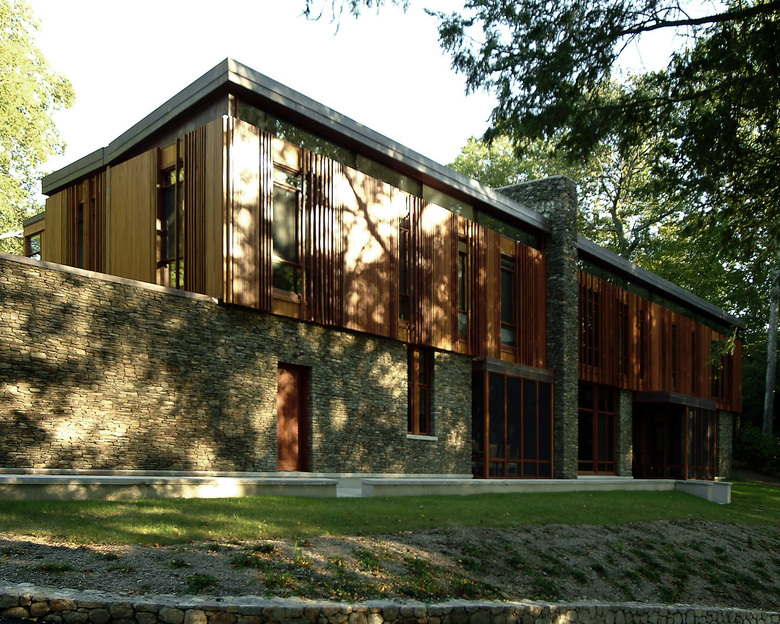 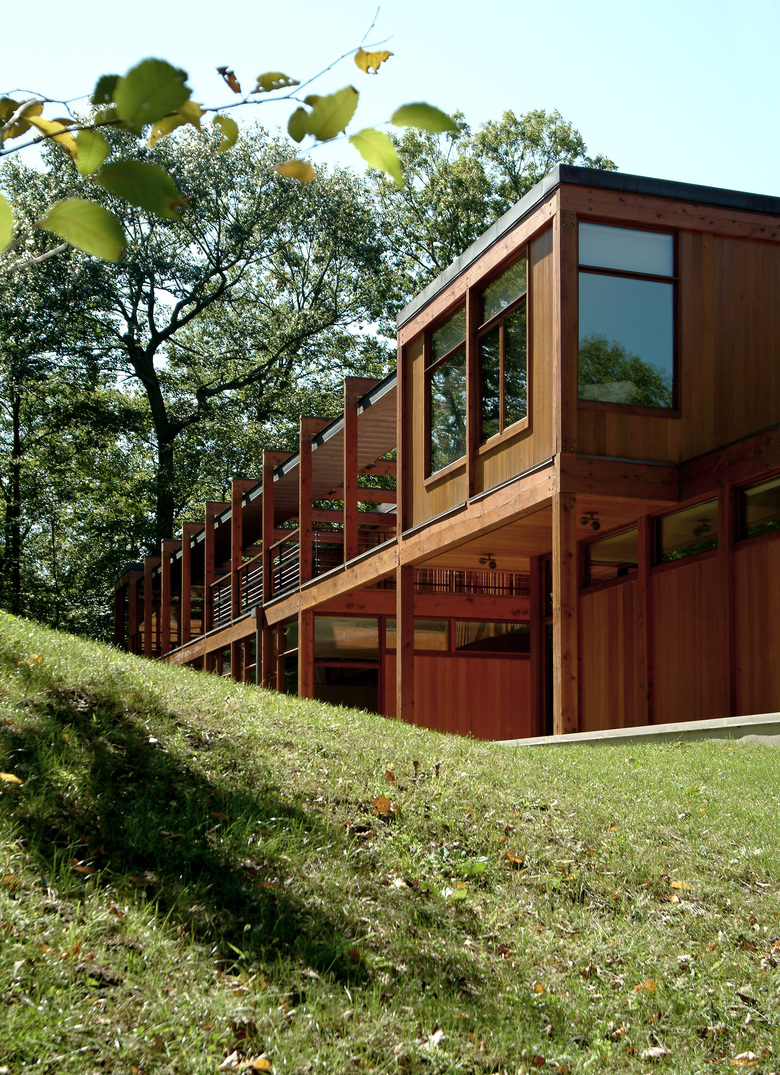 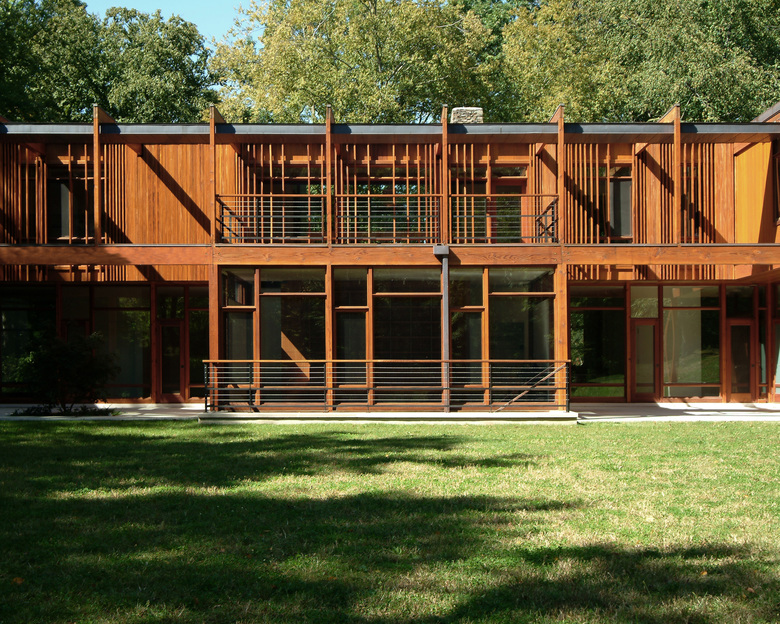 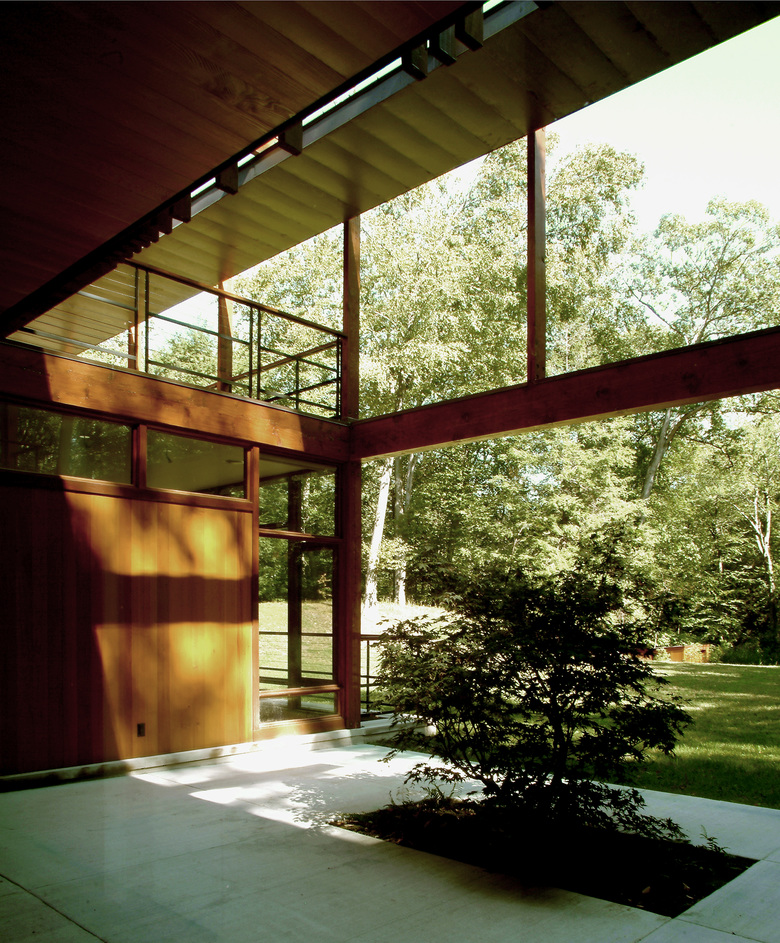 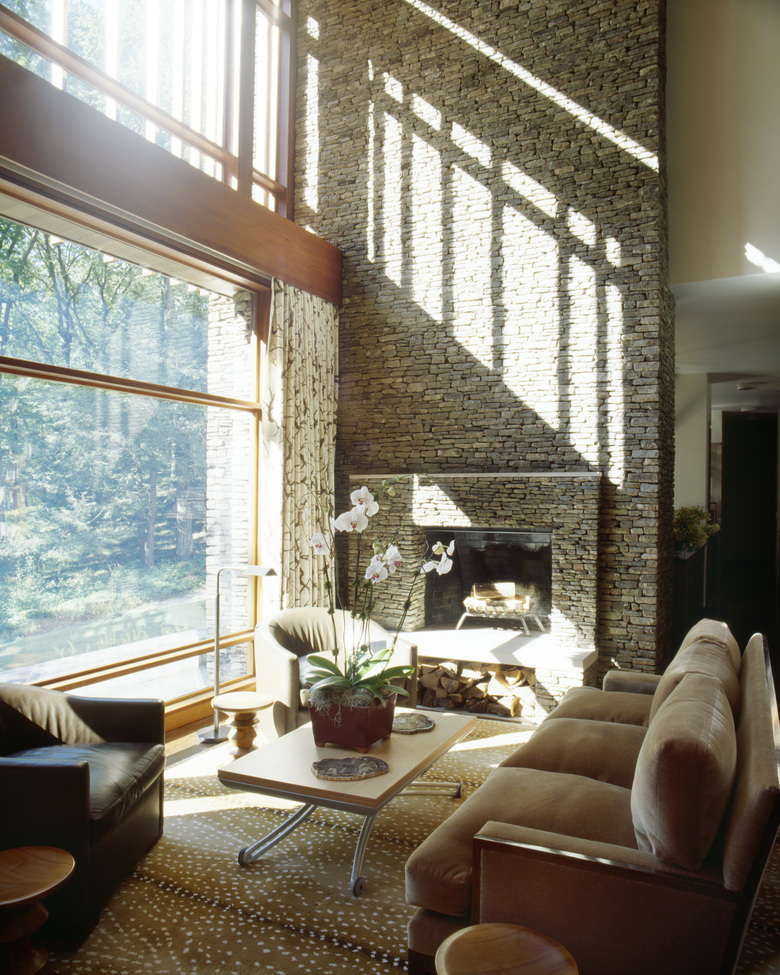 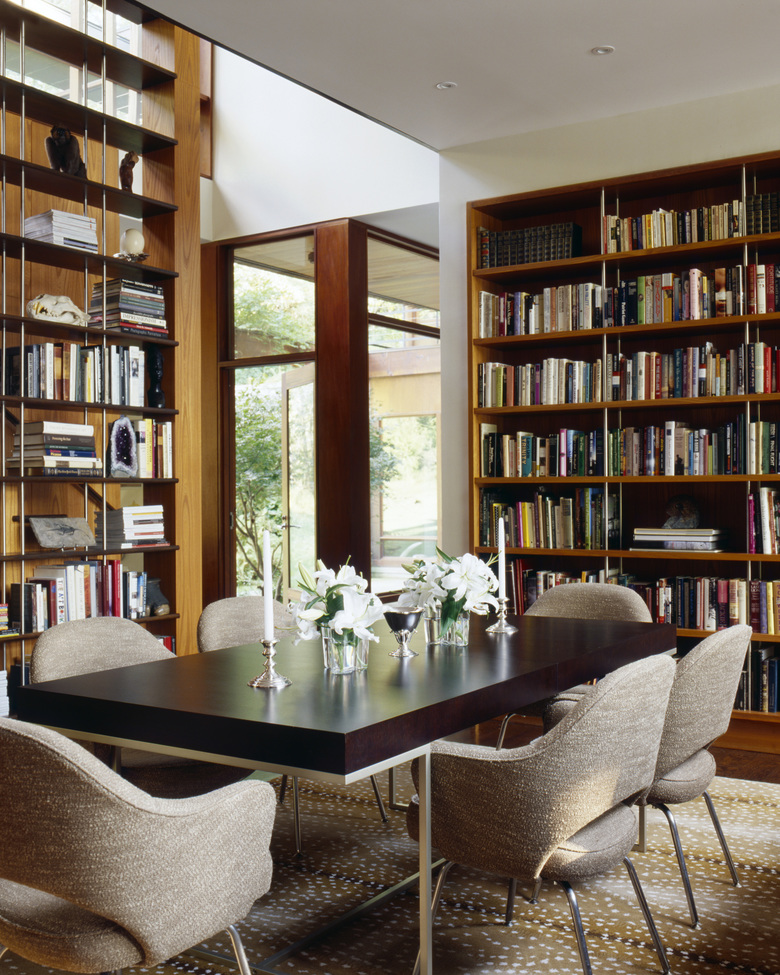 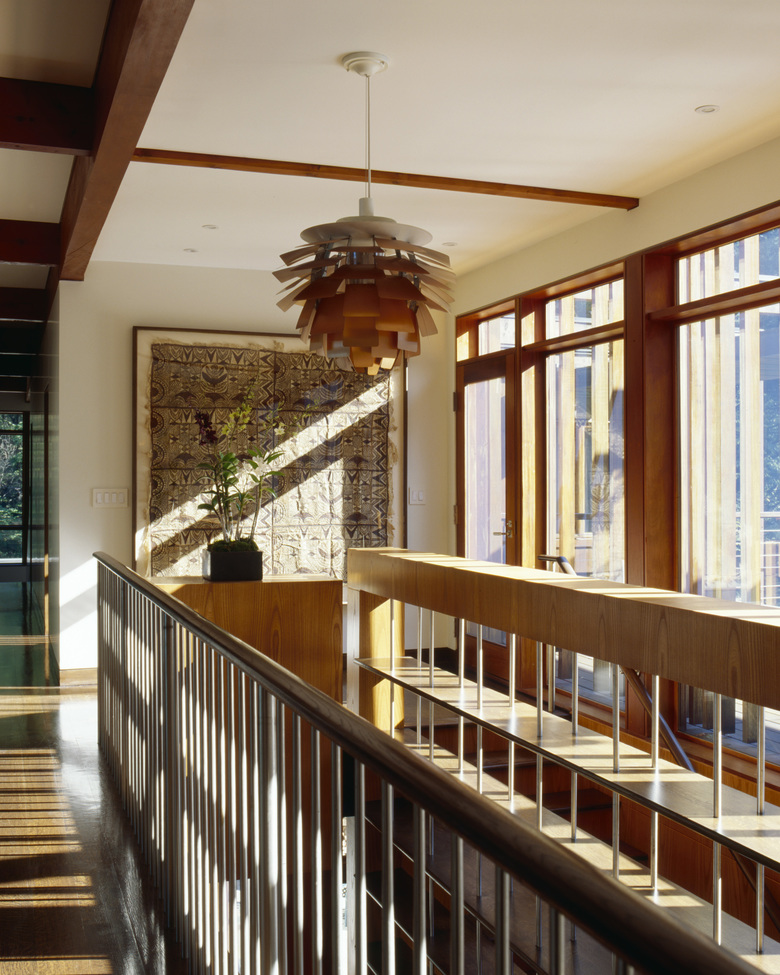 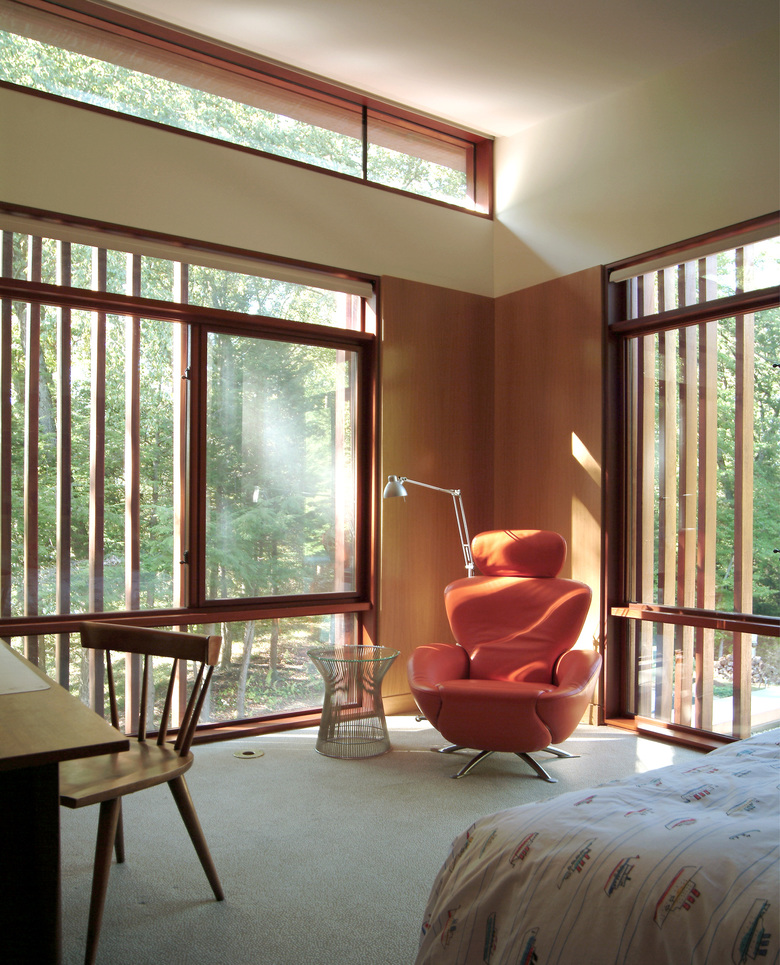 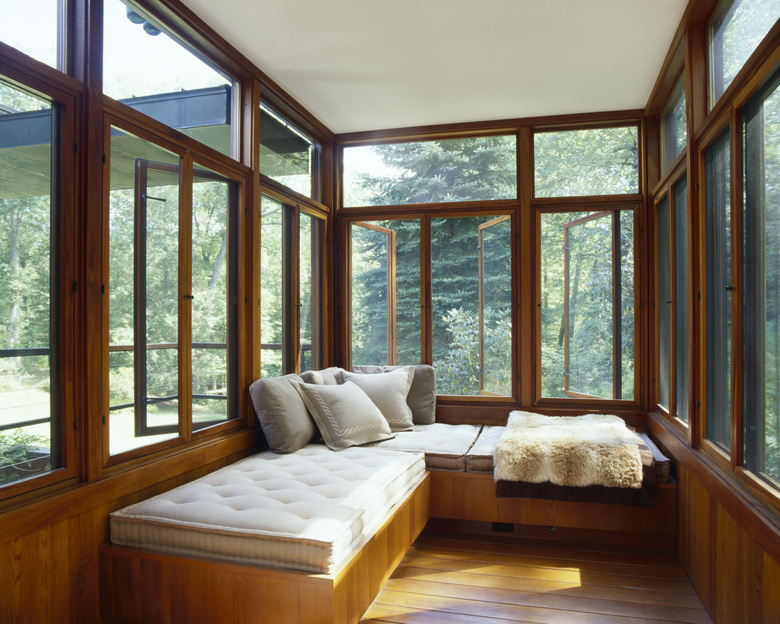 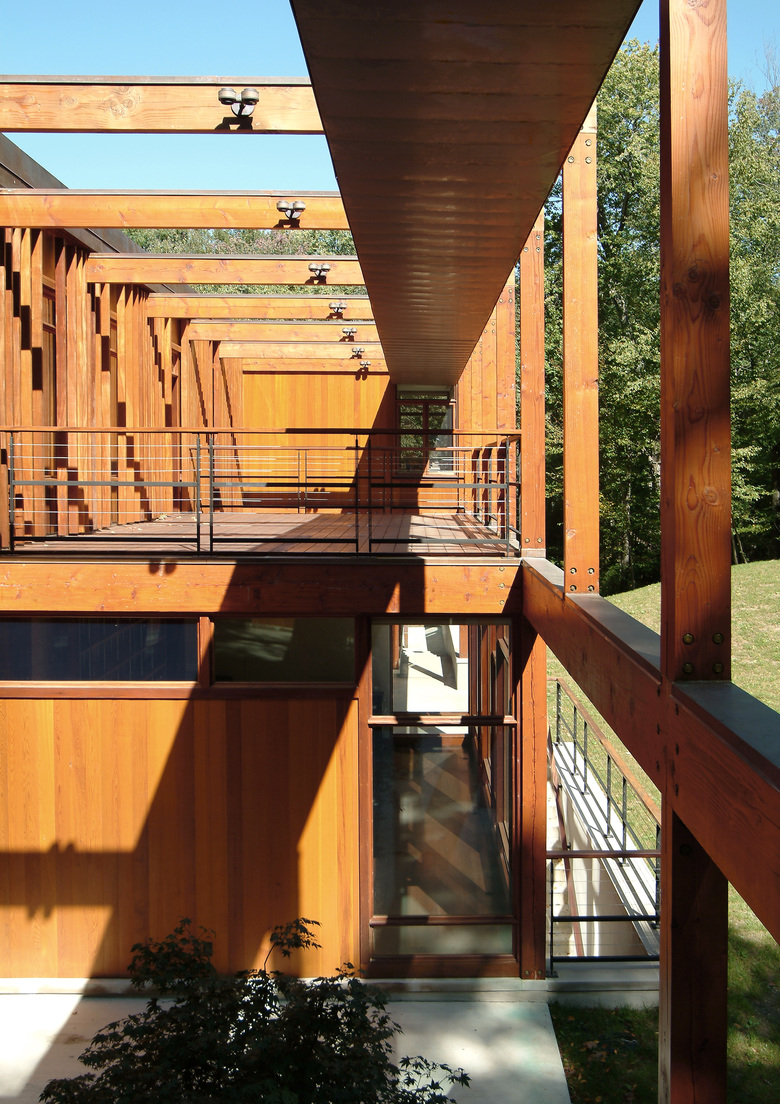 Located on a densely wooded site overlooking a spring-fed lake, this residence for a young family of five connects with the surrounding landscape while referencing their emotional proximity to New York City. The house is idealized as two horizontal lines spanning between natural outcroppings, and the sliding alignment of the wood bar over a band of dry-laid stone expresses a degree of motion. This occurs in plan as the thinness of the linear geometry allows for unobstructed transverse views through the main rooms of the house. The cross-axial orientation allows the interior spaces views to the east of the forest and the morning light and toward the west, views of the lake and the setting sun.

A fundamental design directive was to have the house meld comfortably into its natural setting by selecting materials consistent with the vocabulary of the forest. On the lake/west side, the wood screen configuration on the second floor is arranged in response to interior spaces that require varying degrees of transparency, resulting in a polyrhythmic series. This is set against the more primary punched openings in the ground ﬂoor stone wall, which clearly denote the presence or absence of mass. On the forest/east side, the timber frame structure is pulled out of the main volume, allowing the placement of more ancillary spaces to be tied both spatially and materially to the forest.