A Legacy of Mies and King - Renovating the Public Library of Washington D.C.
Video © Mecanoo 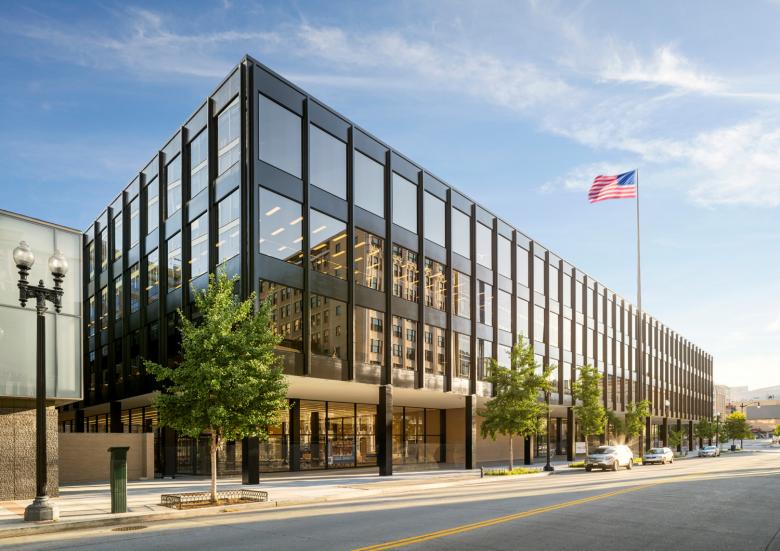 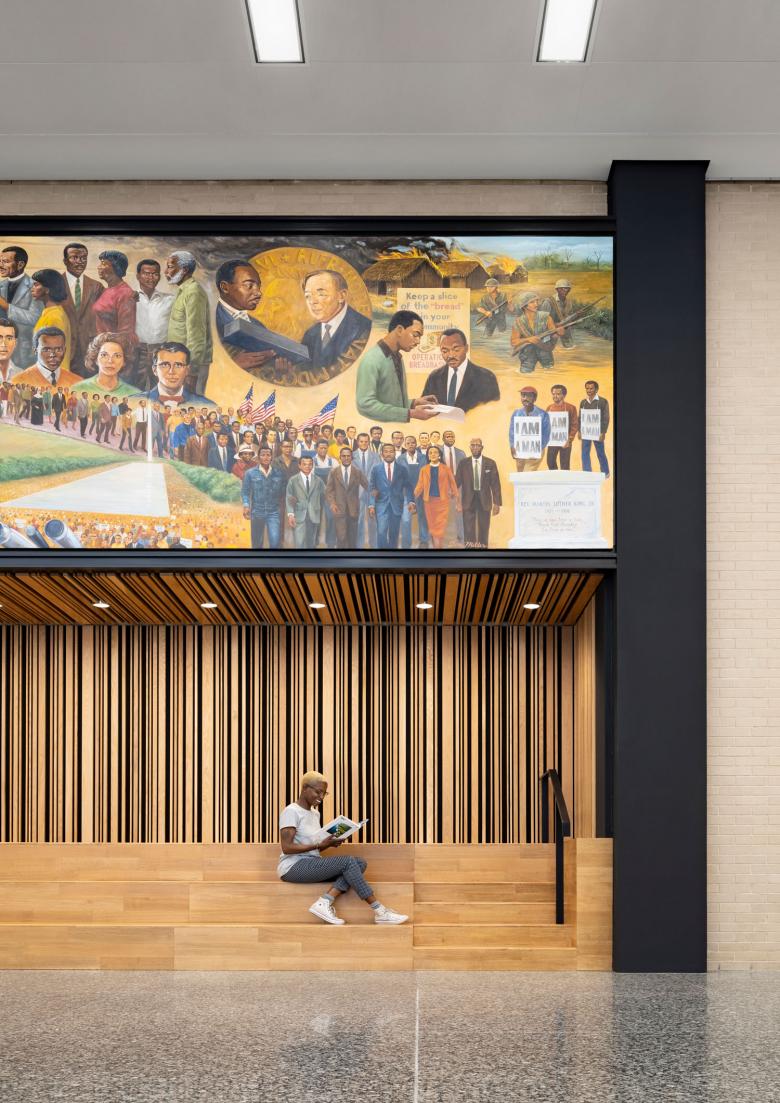 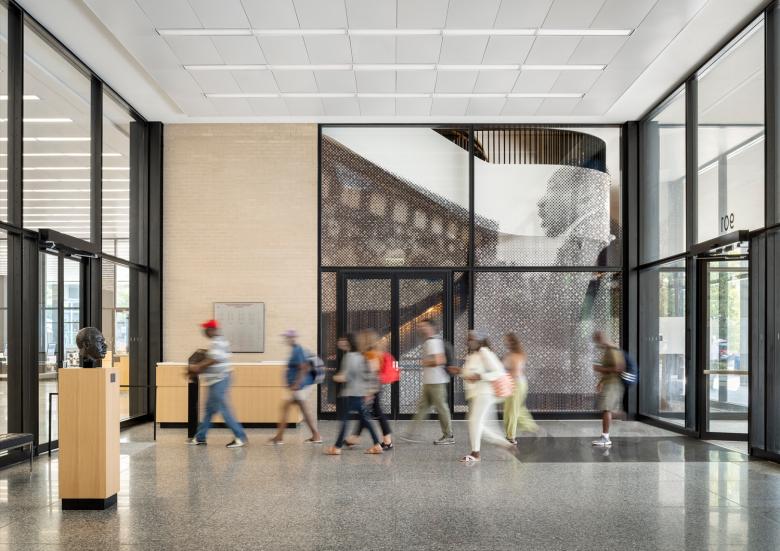 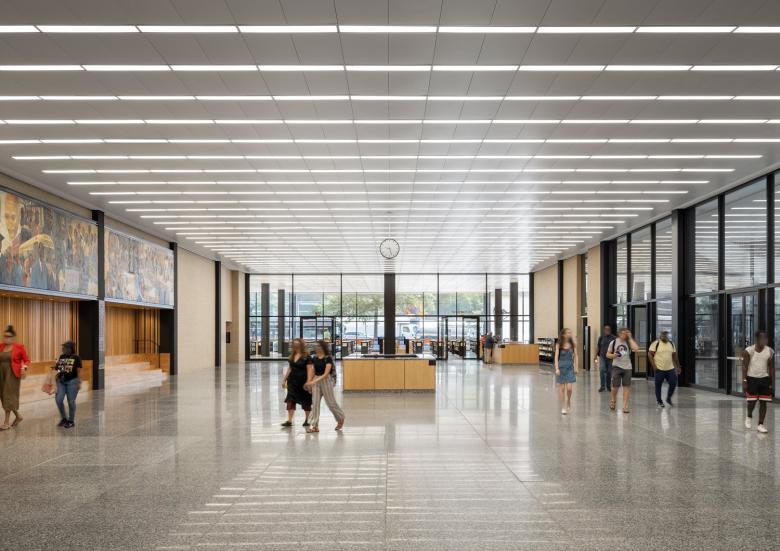 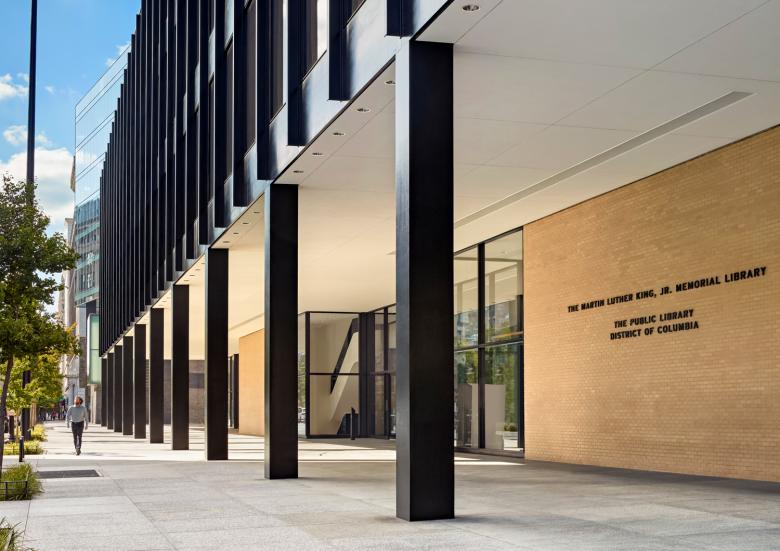 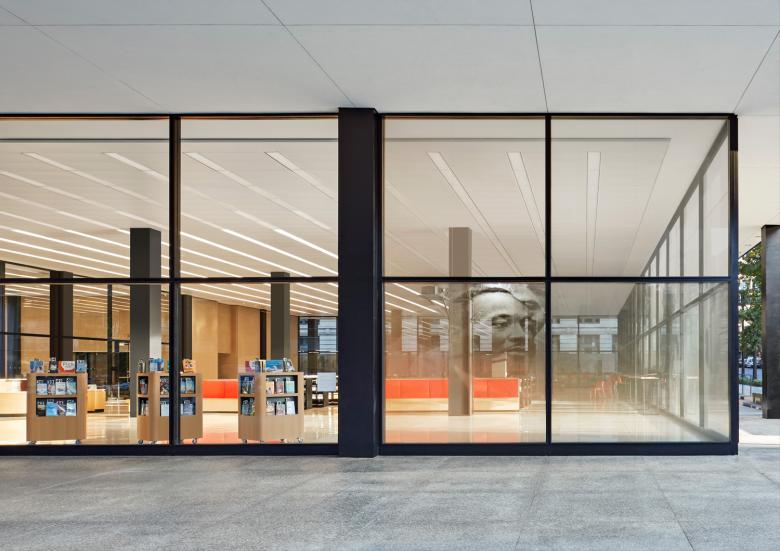 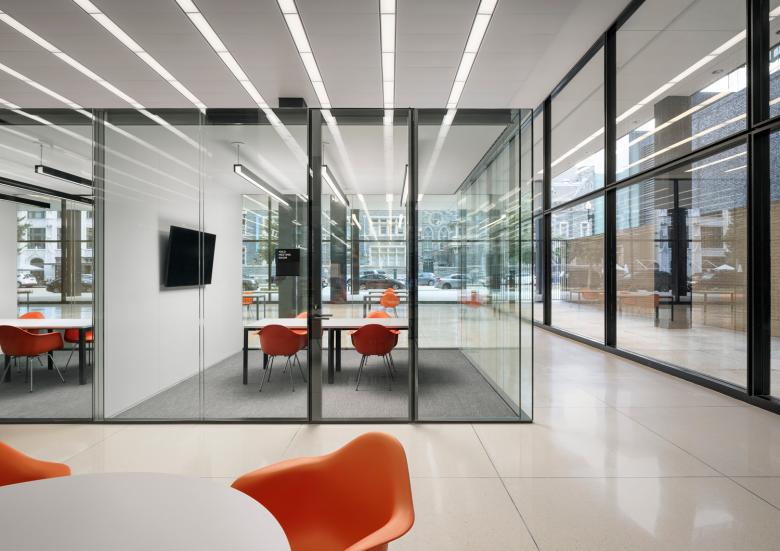 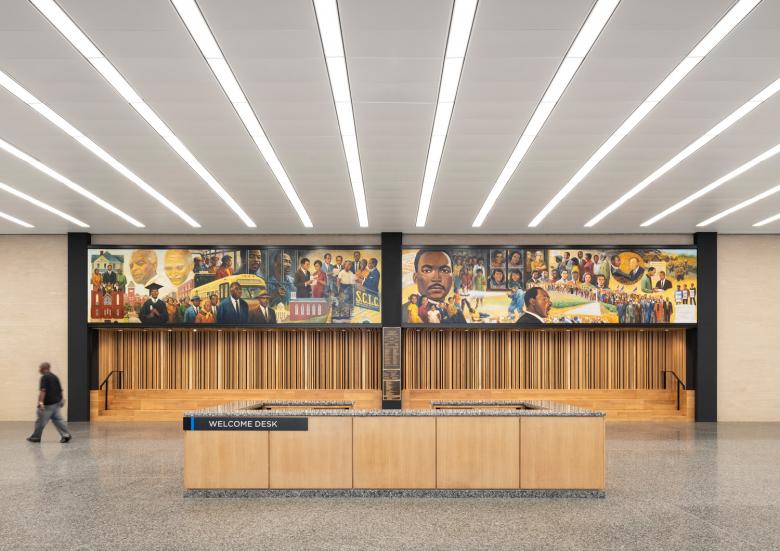 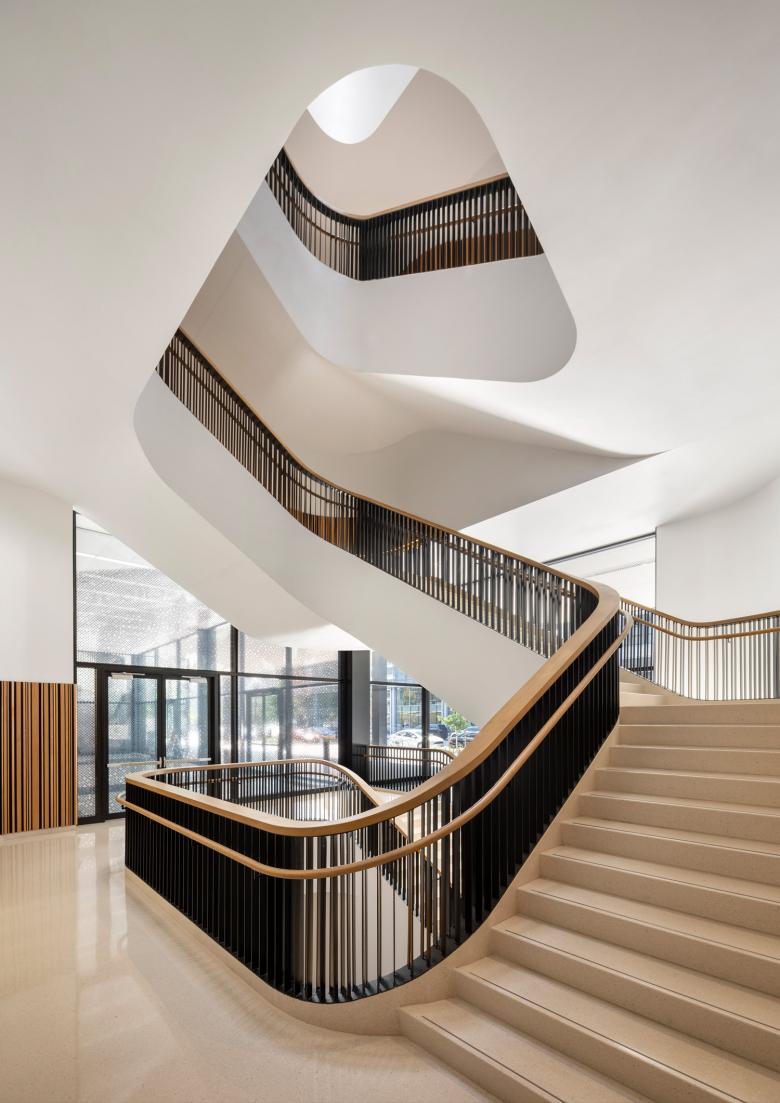 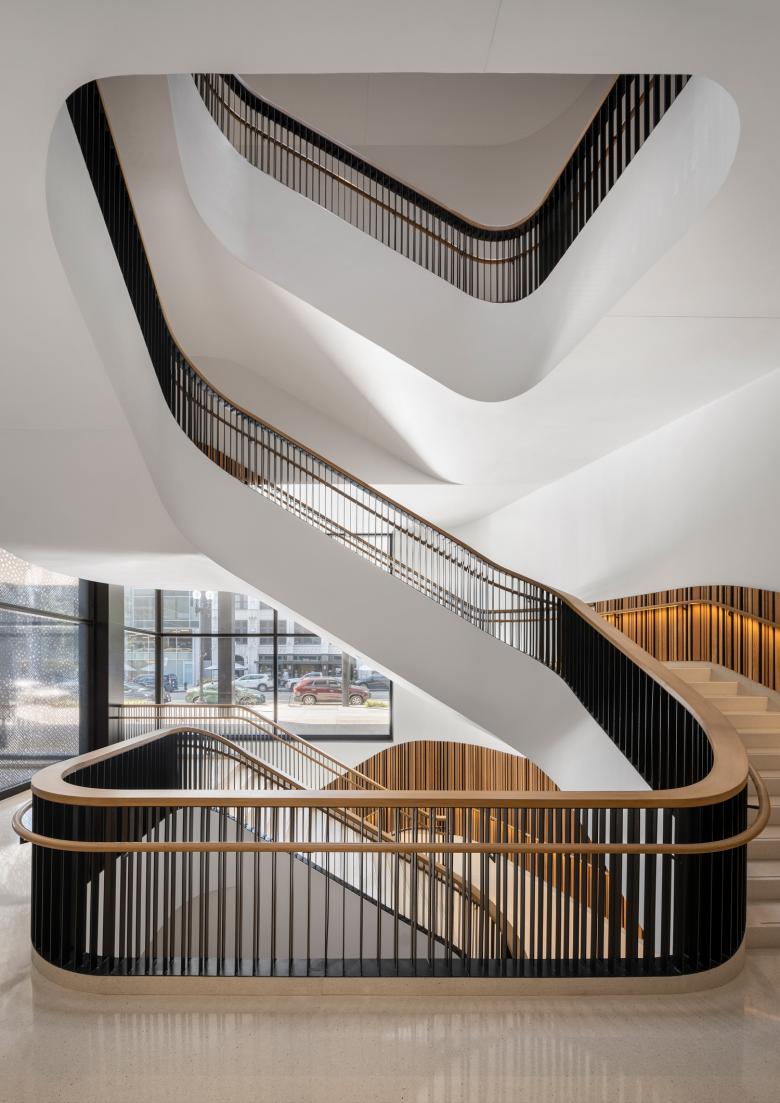 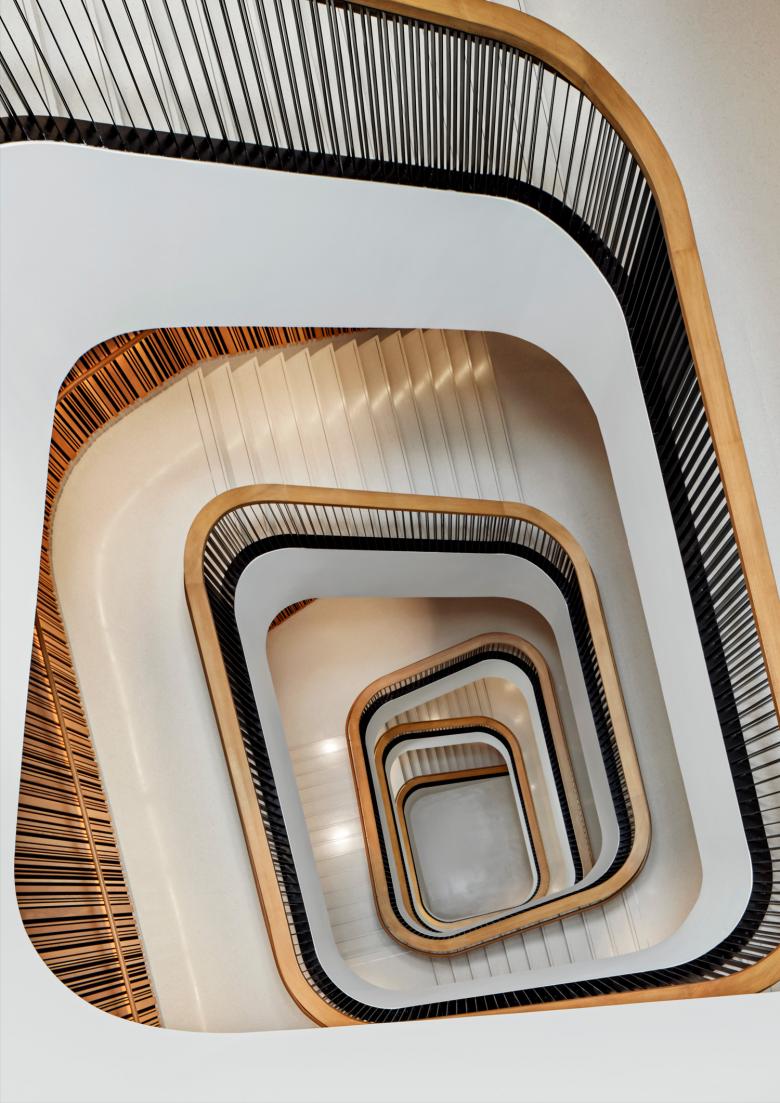 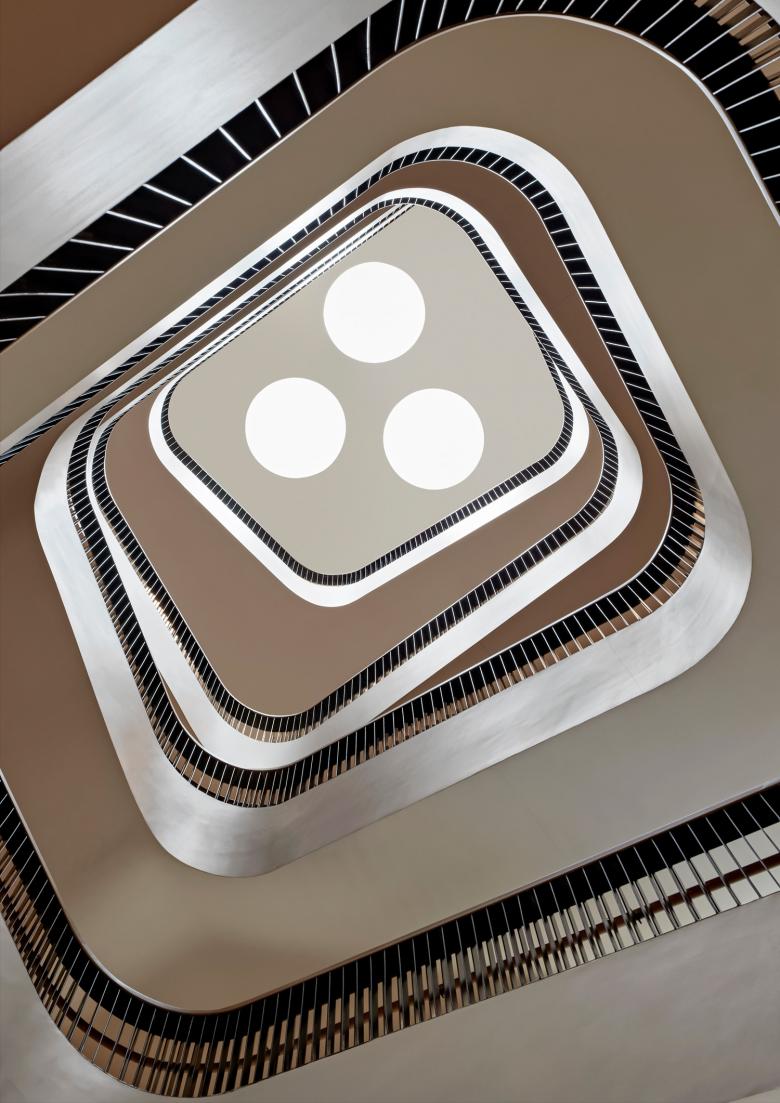 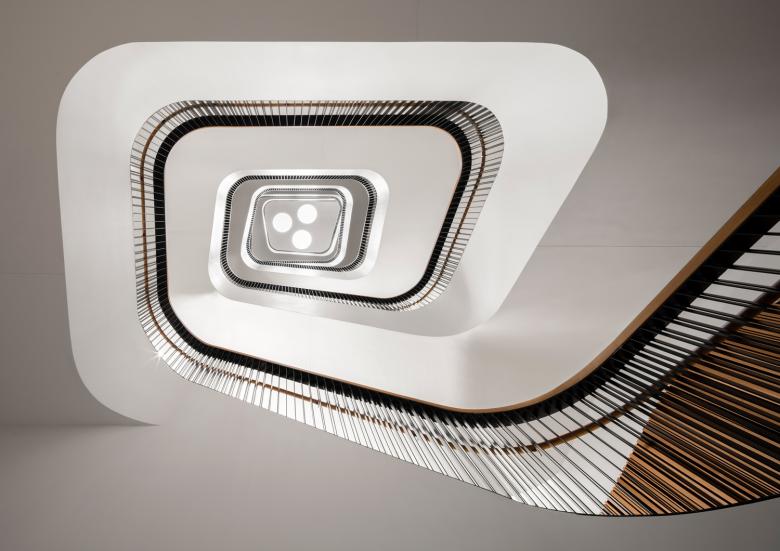 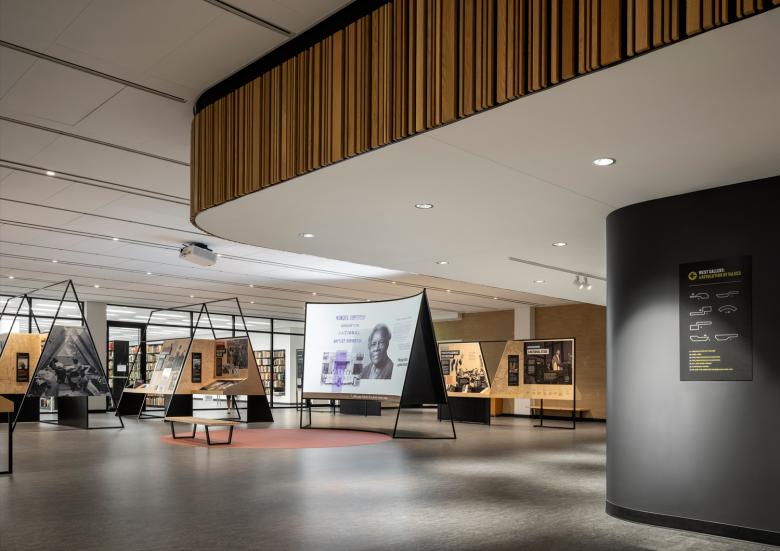 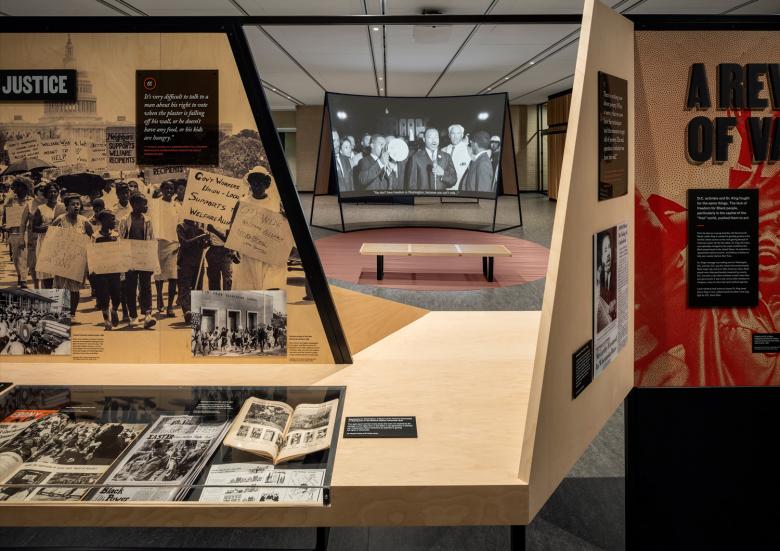 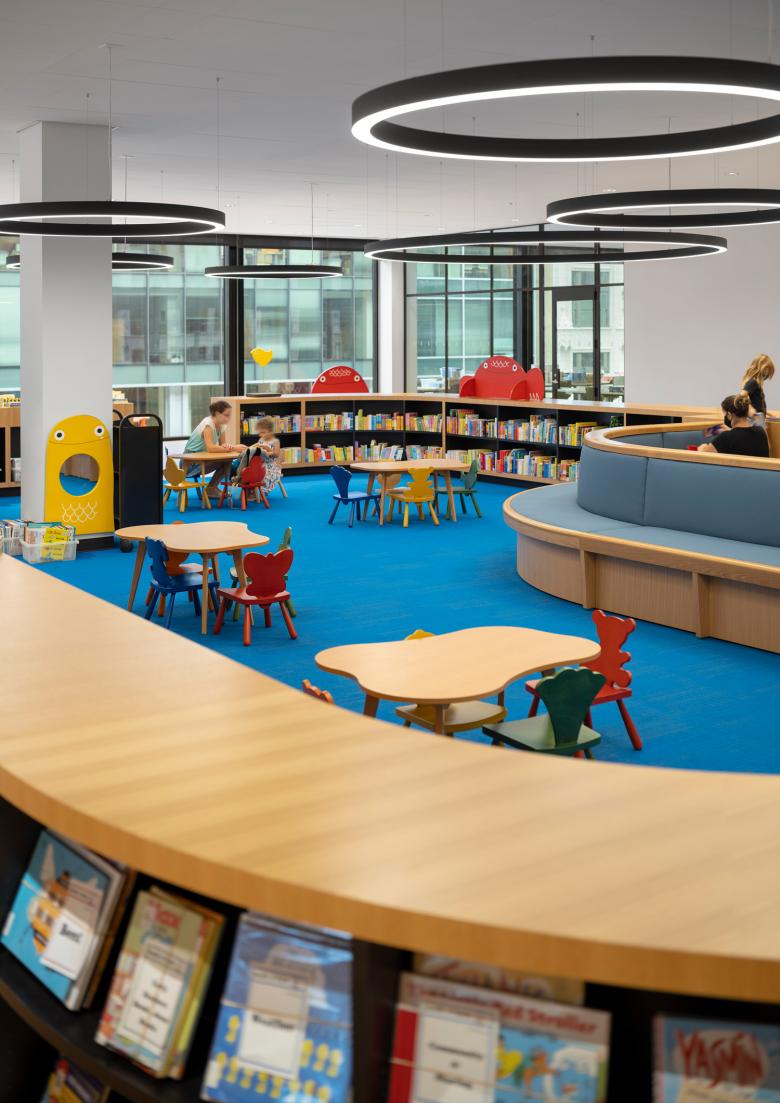 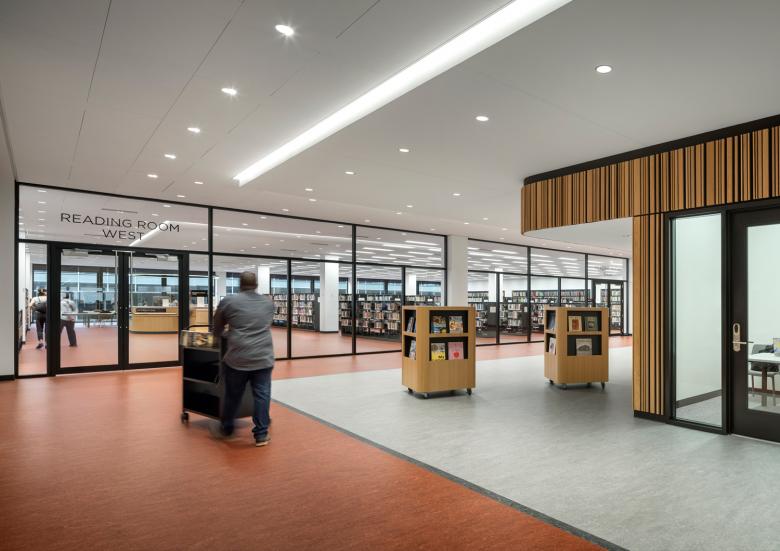 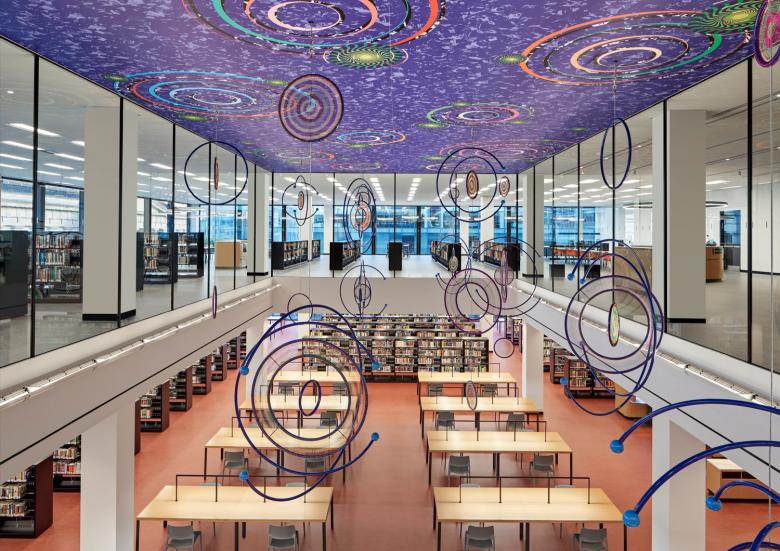 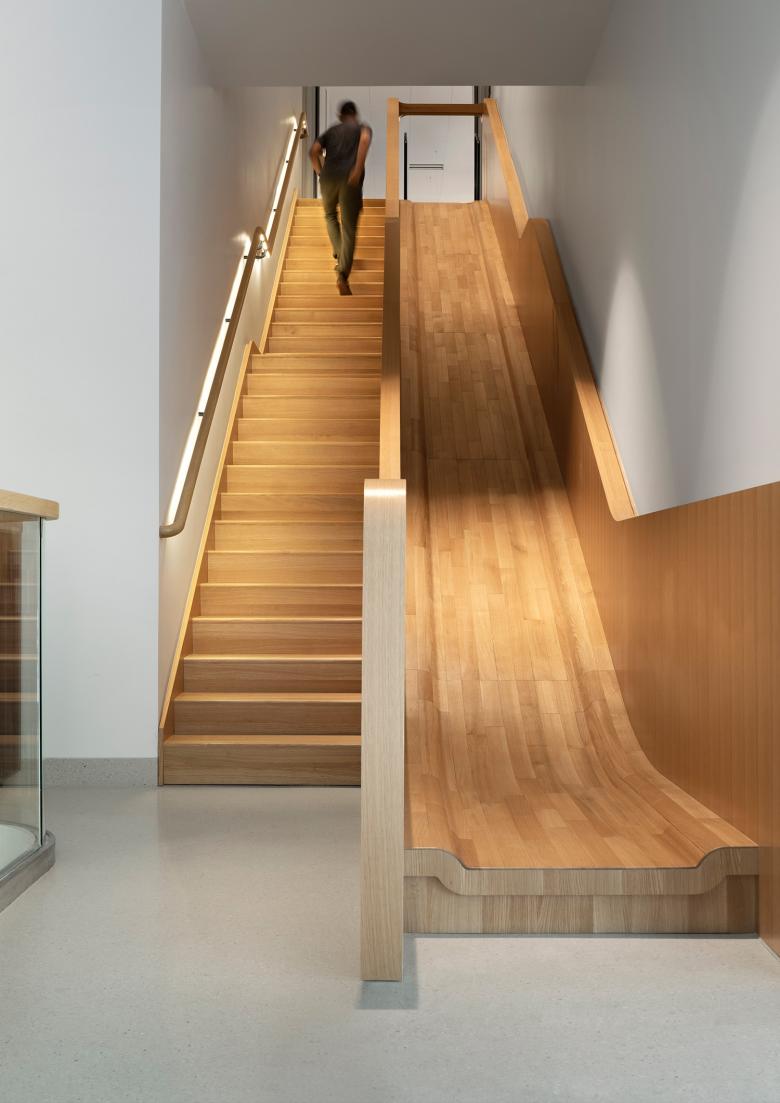 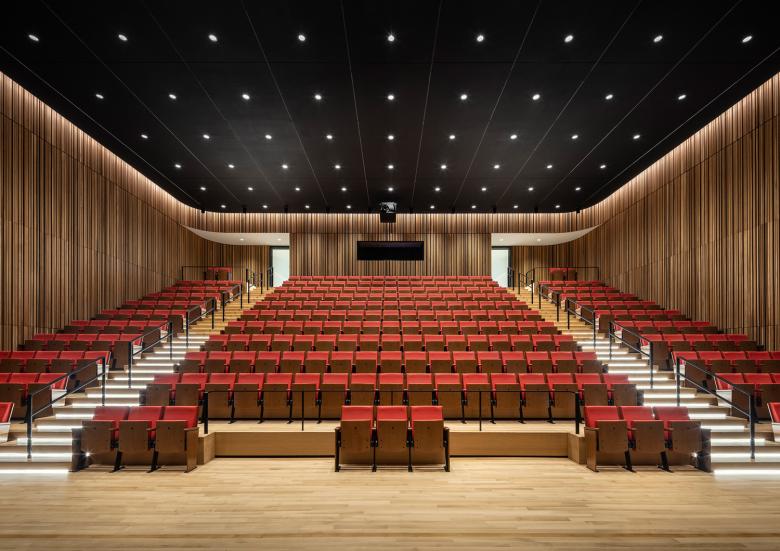 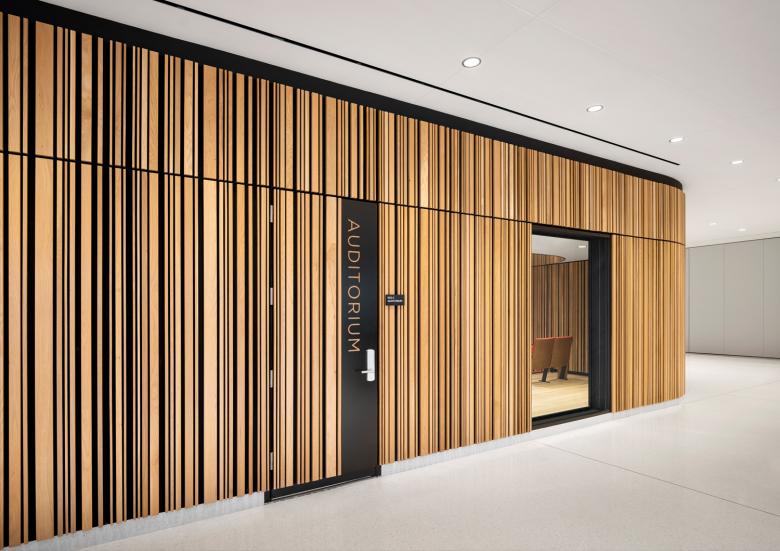 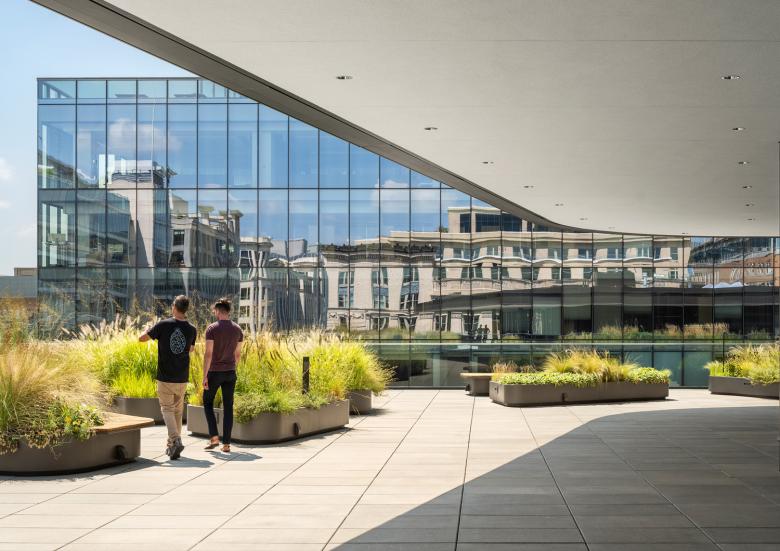 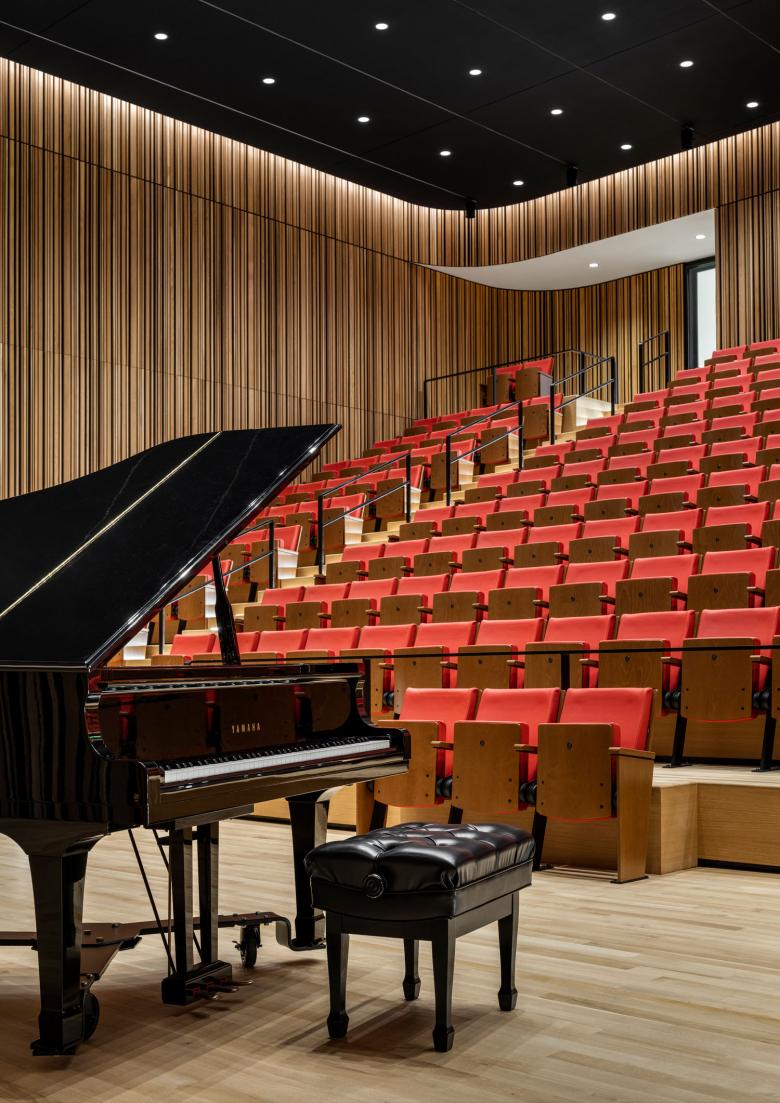 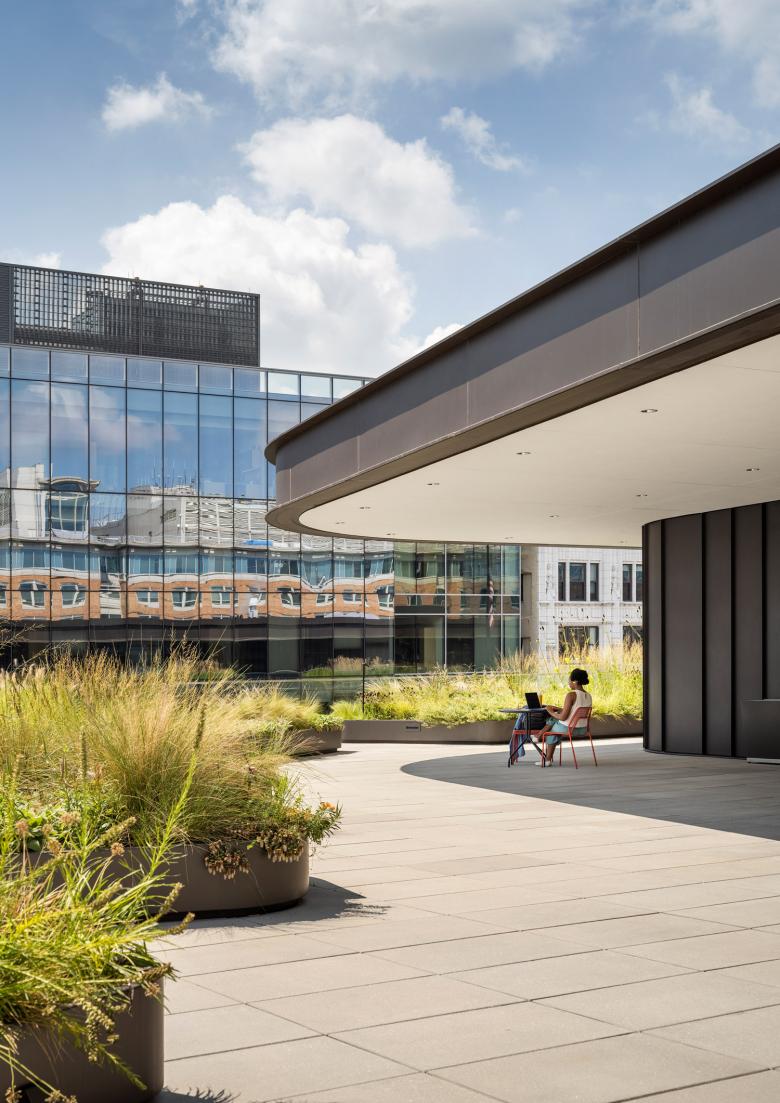 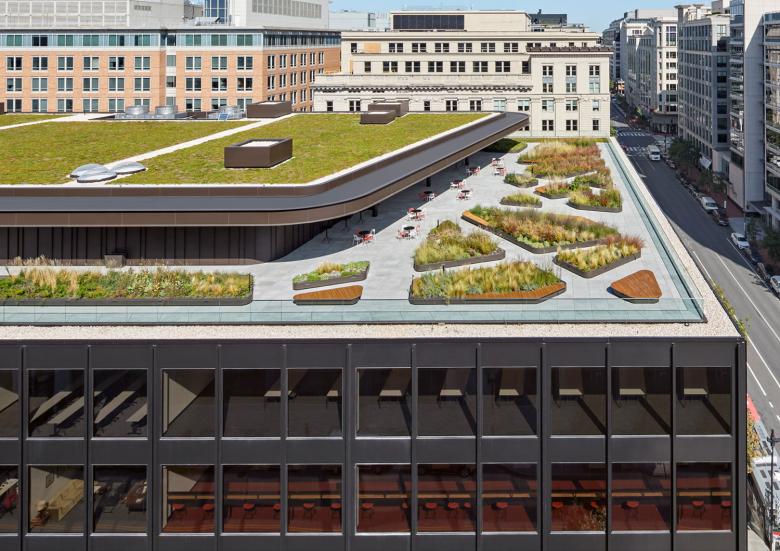 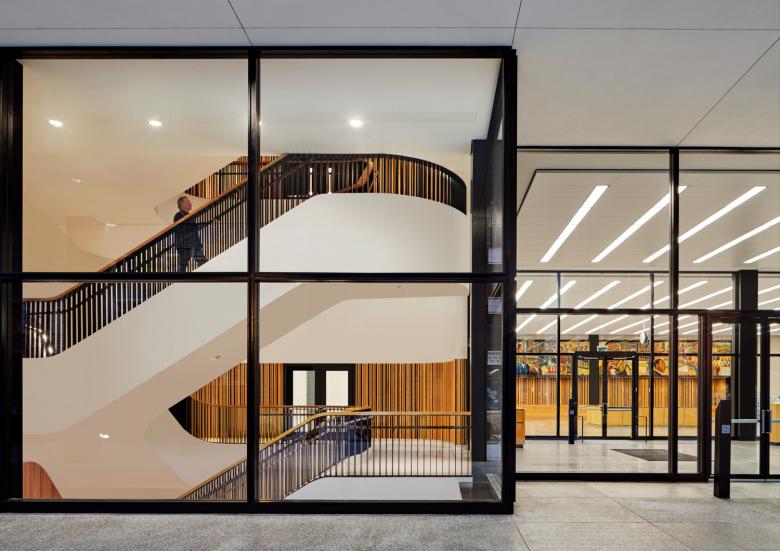 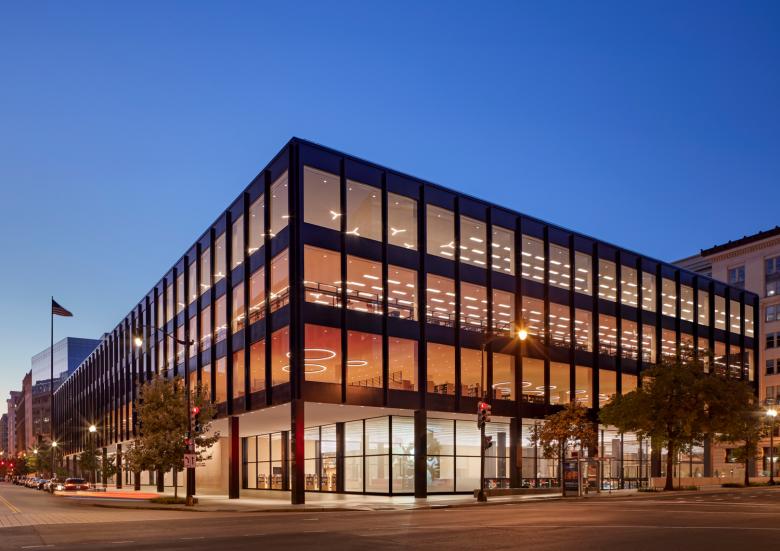 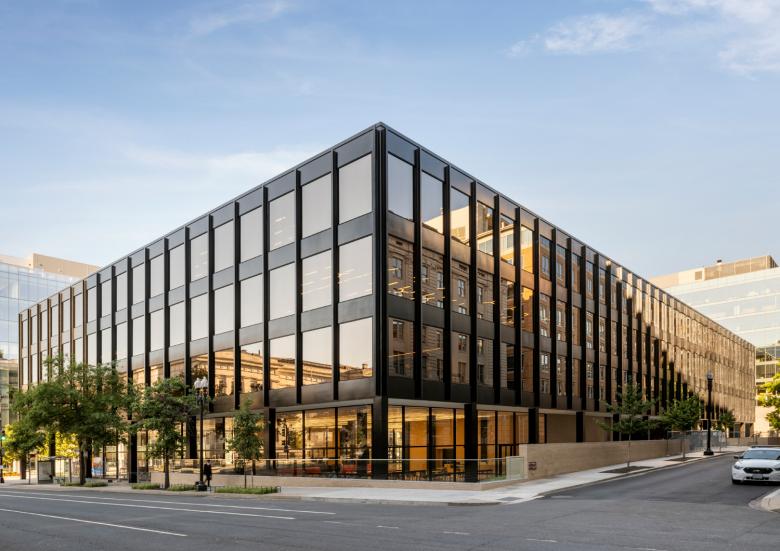 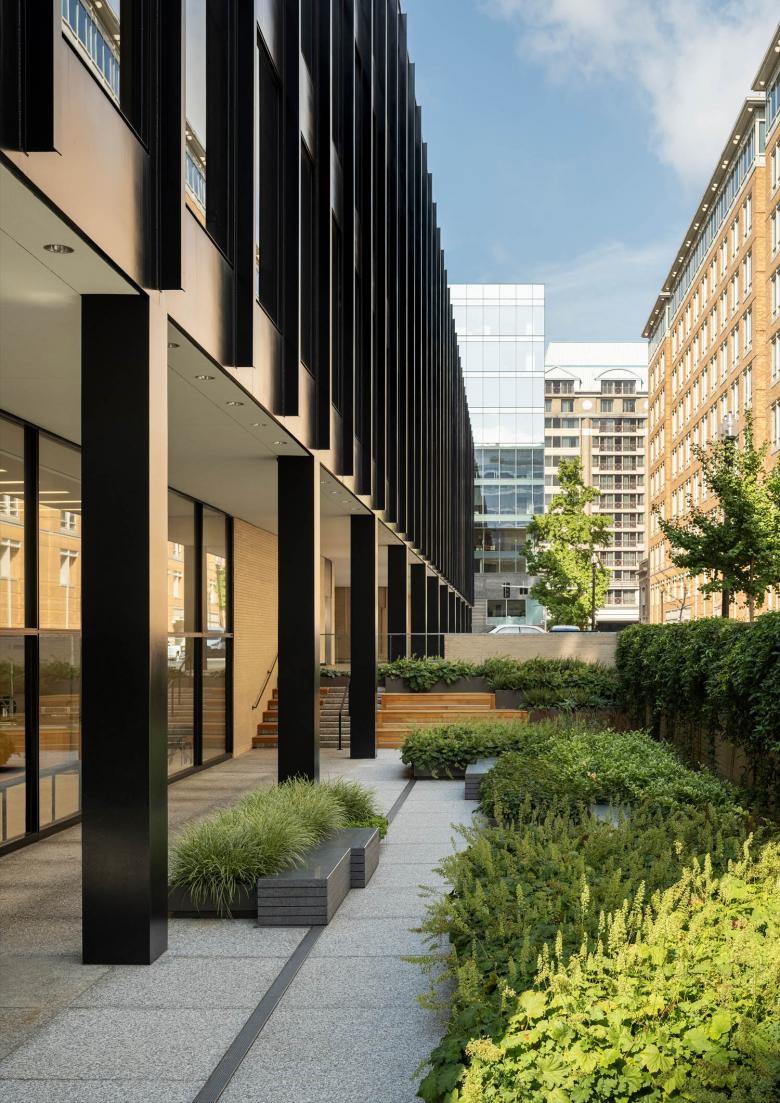 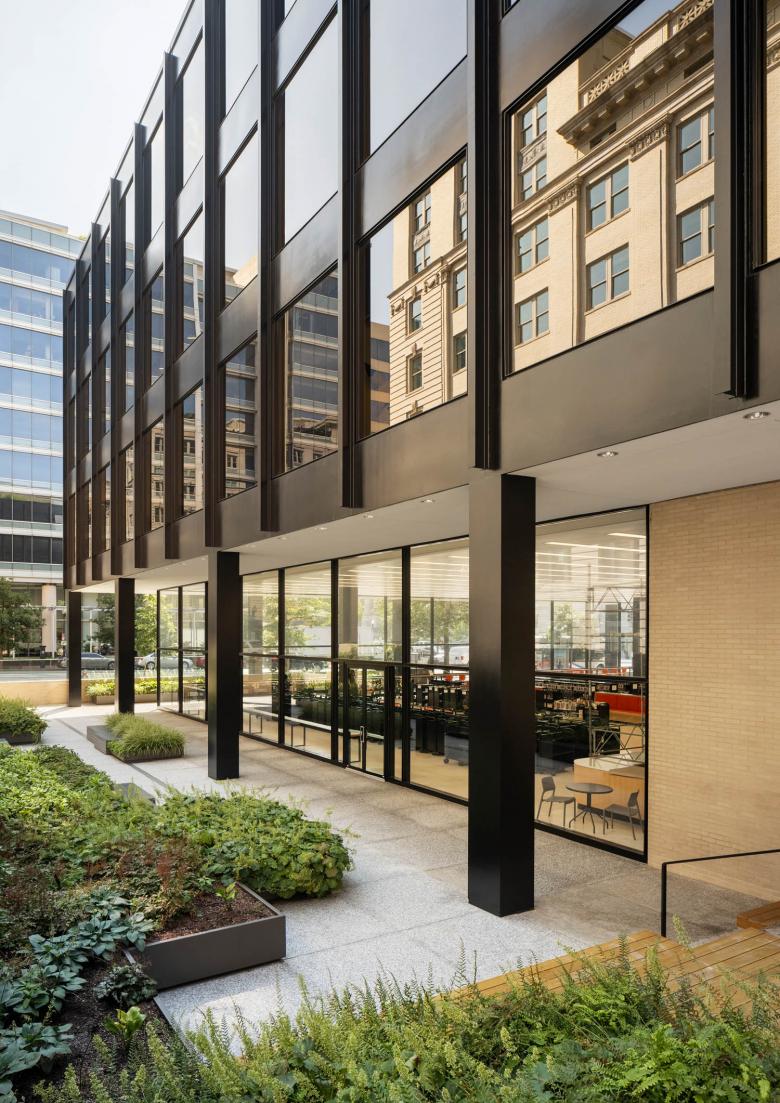 The transformation of MLKL brings a new, humanistic environment at all levels, designed and programmed for the future, and it adds facilities including a public roof garden, a theater, signature staircases and a suite of community studios and workshops. The library, which opened in 1972, is reborn as a contemporary lifelong-learning hub which reaches out to all communities.

It was the only library designed by Ludwig Mies van der Rohe, one of the twentieth century’s greatest architects, and was subsequently named after Dr. King, the towering civil rights leader who was assassinated in 1968. The 39,600 m2 rejuvenation project respects the powerful simplicity of the original building. The MLKL’s rectangular form has three glazed floors which float above a first (ground) floor recessed behind a colonnade of black steel columns.

The main G Street entrance leads into the Great Hall, the lobby. The intervention brings warmth and better acoustics to the lobby, and boosts the library’s social dimension from the moment you enter. A new café is partitioned by glass from the Great Hall, and extends to an outside area on the library’s north-east corner. Brick walls have been cut back so that it is open to the sidewalk, connecting the library with the city.Mecanoo has introduced two new wood-lined staircases characterized by their sculptural fluidity. Stairs are wide, terrazzo surfaced and curve up around a middle void from the lower ground floor to a new fifth floor, where natural light falls through circular skylights. The staircases exemplify Mecanoo’s organic styling, bring a soft, sweeping rhythm to vertical circulation, and they act as social connectors.

On the third floor, the highlight is the Grand Reading Room. Previously just one floor high, removal of a ceiling now gives it double height, visually connecting into the fourth floor reading room above it. The fourth floor now features a major 291-capacity auditorium. This double-height event space has warm wood-lined walls which curve around the corners, and banked seating which rises into an entirely new fifth floor.

The new floor is contained within a trapezoid, glazed pavilion, sheltered by a roof cantilevering out around it. Set back from the edges, the pavilion is not visible from the street, from where the building’s profile and geometry look exactly as Mies designed it. Mecanoo’s extensive research included dialogue with Jack Bowman, an architect who worked on the original building, and Charles Cassell, who led the campaigner to name the library ofter Dr. King.