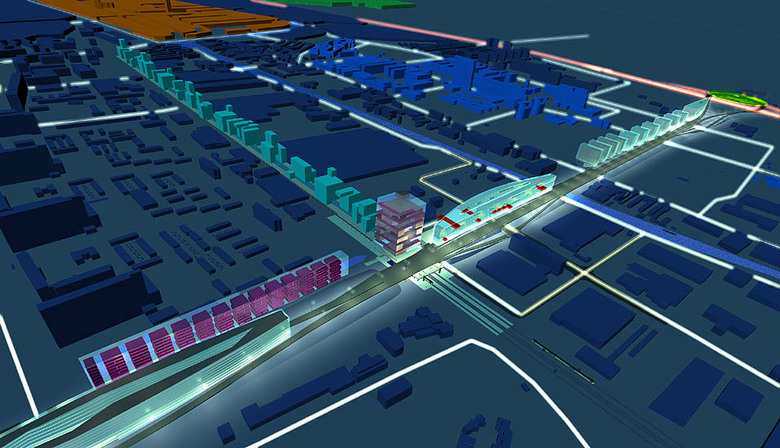 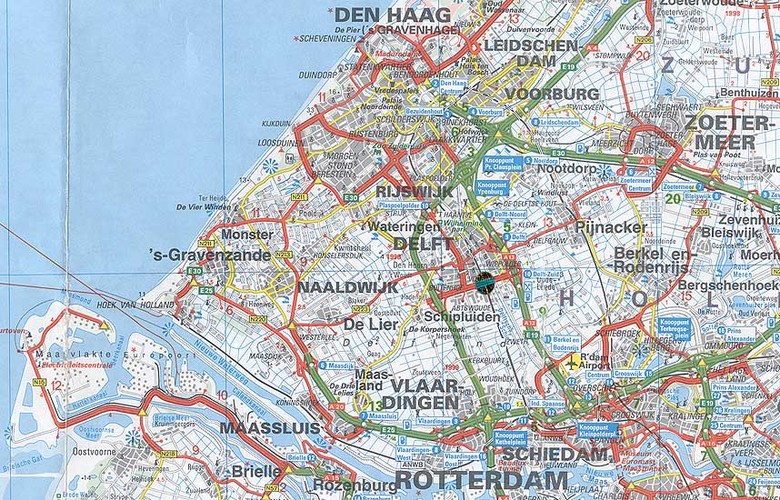 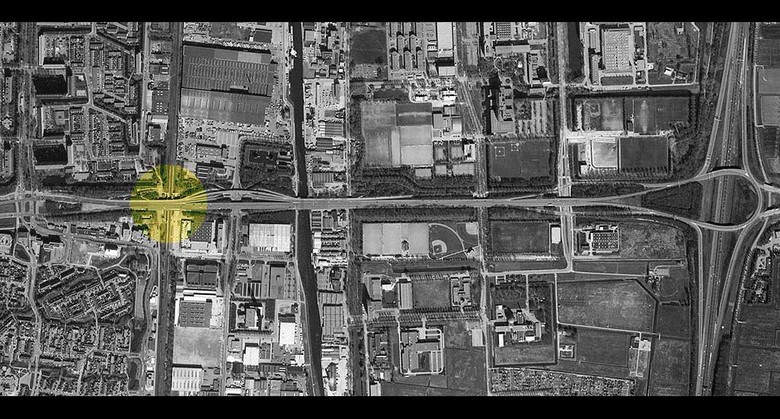 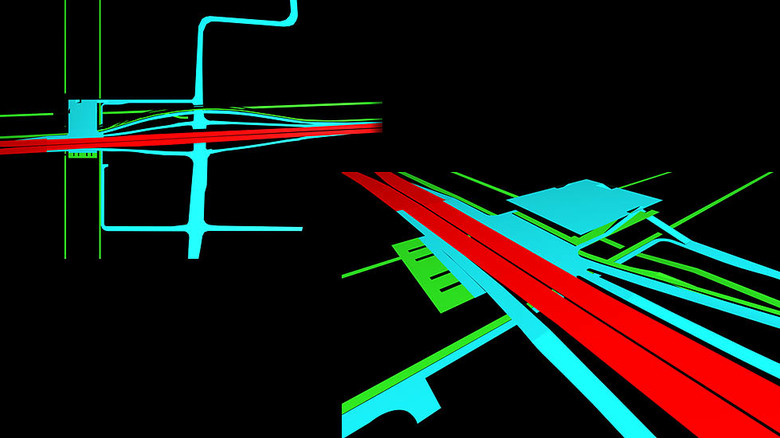 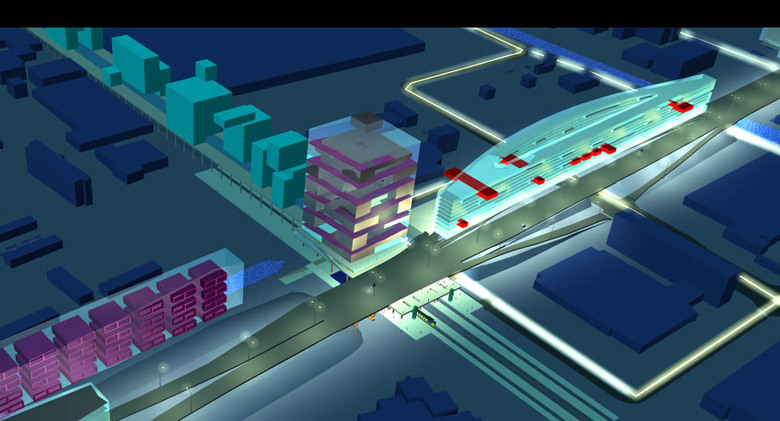 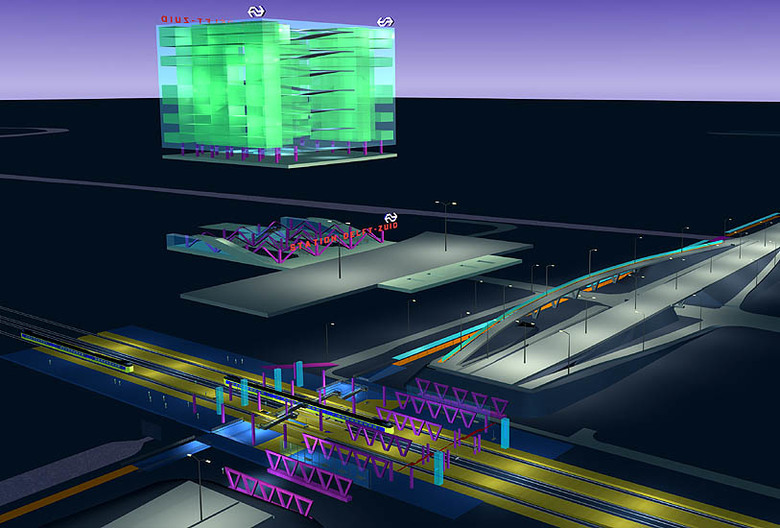 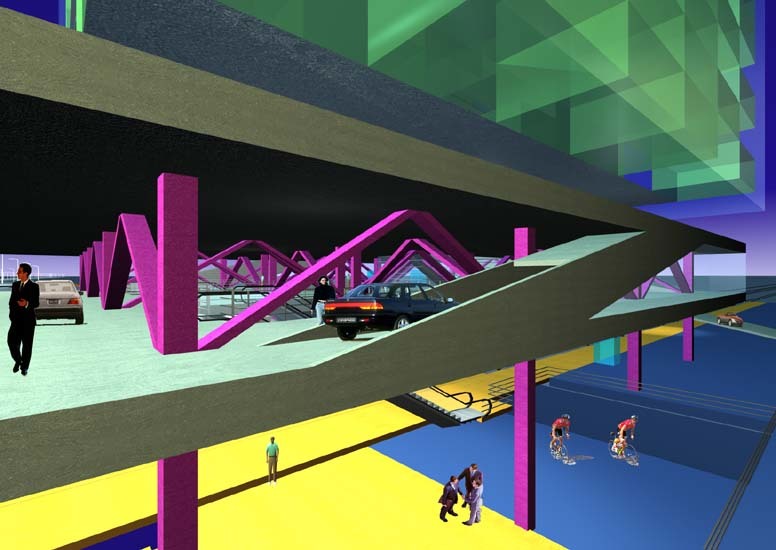 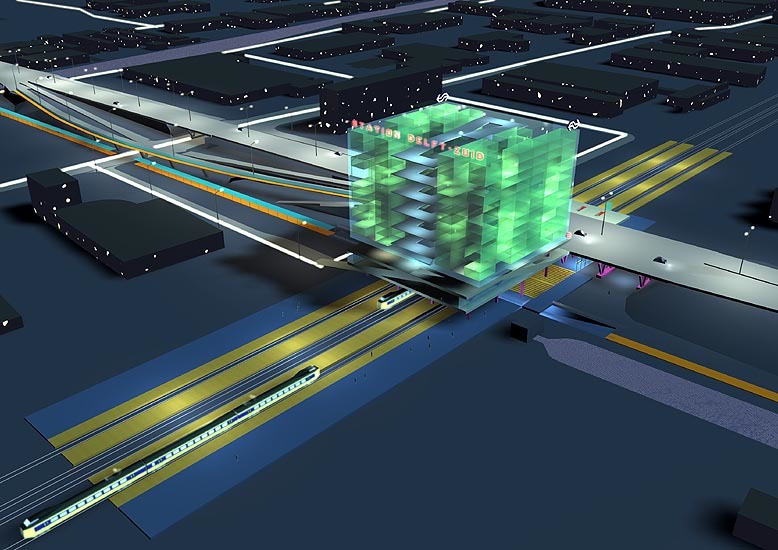 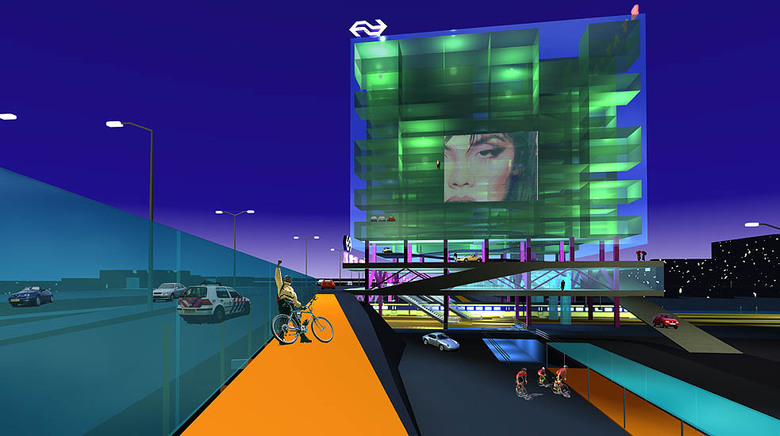 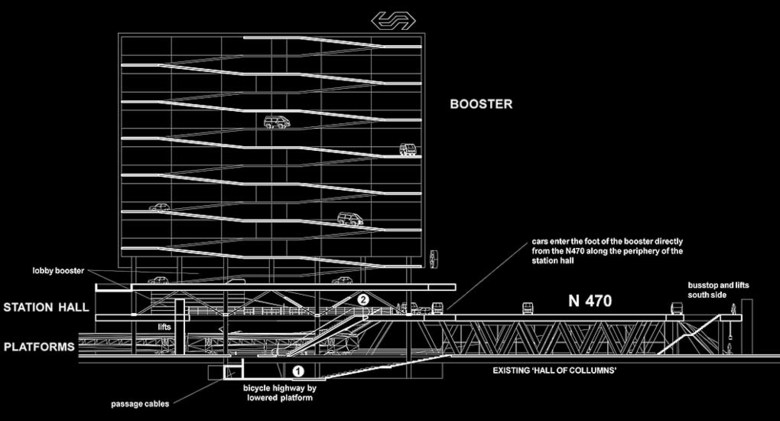 DELFT SOUTH STATION  © 1999. Client: City of Delft. Design: Monolab. Team: J.W. van Kuilenburg, L. Veeger, W. Hoogerwerf. MICRO BODY. Between Rotterdam and The Hague a doubling of the railway tracks will resolve the last bottleneck for the Randstad Rail System. Delft Central Station will be situated underground and Delft South Station will extend over two levels: at grade and at N470-level. Delft South Station is the entry to Delft South and the Technical University of Delft (TUD). At this moment the ‘station’ with rail tracks and N470 are barriers between four city districts. It has no comfort or services. The link with the TUD is primitive. The N470 ‘highway’ plays a key role in this project. It can generate a Polycentric Delft City. LAMINATE. Delft consists of a series of north south oriented zones that are functionally divided by roads, waterways and railroad tracks. The positioning of Delft along the Randstad Ring cannot be more perfect: the A13 and A4 highways on each side and the N470 in-between as a direct link. DEUS EX MACHINA. Delft South Station is an urban epi centre, a connector of all infrastructural flows; trains, cars, taxis, buses, cyclists, travelers and pedestrians.. N470. The potential urban performance of the partially suspended N470 is gigantic. The empty and unused zones along its periphery can be programmed with at least 900.000 m2 floor space. Here corporations will no longer determine their positioning by nostalgic motives (…Rotterdam vs. Amsterdam...) but more European by a clear comprehension of the Randstad. Delft can intensify deep into the 21 century without operations like border corrections like the The Hague city planners.

The N470 will develop into City Center Delft South. TIME MACHINE. The wider railway’river’ and Delft Central Station generate a direct link on top of the future tunnel deck. Due to the subterranean condition of Delft Central the deck slopes downtown and can be connected to the higher N470-level of Delft South Station. The directness of this link is incredible: the two centers of Delft, Center and South, are creating a ‘time machine’, linking the Middle Ages with the 21st Century within five minutes by bicycle. The deck can be planted with buildings and vegetation and will shield noise of the trains.

DELFT SOUTH STATION. The station consists of three parts at different levels: below platforms as connectors to the surrounding city districts, in the center a station hall as an interface (extension of the N470 deck) and a booster program on top. The interface controls all traffic flows: pedestrians in its center and vehicles along its periphery. It offers a transition zone for the structure of the booster. A limited number of columns on the platform level branches off into a denser grid of columns for the booster. The booster fits any program because of its densified grid. The booster contains the program part, in this case 20.000 m2 office volume, which supports the station financially. The booster can be permeable for vehicles at N470 level by peripheral tubes around the station hall. A lowered part of the platforms serves as a ‘bicycle highway’ which crosses below the railway. The station can be considered a void, an excavation in the booster program.