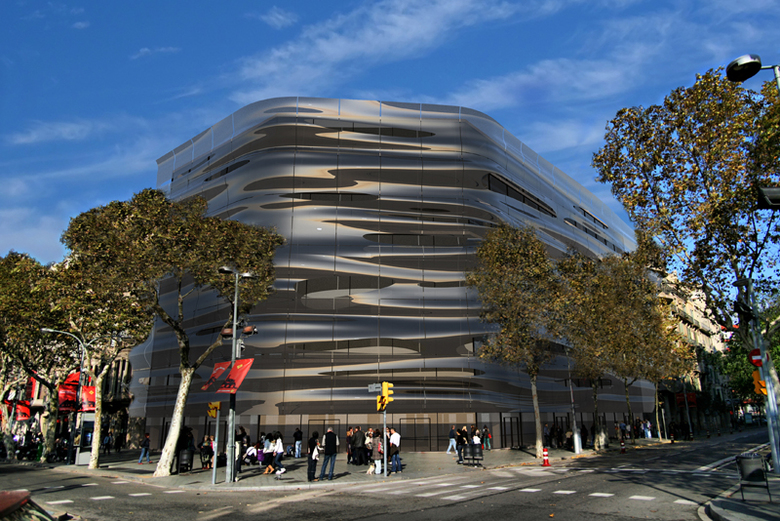 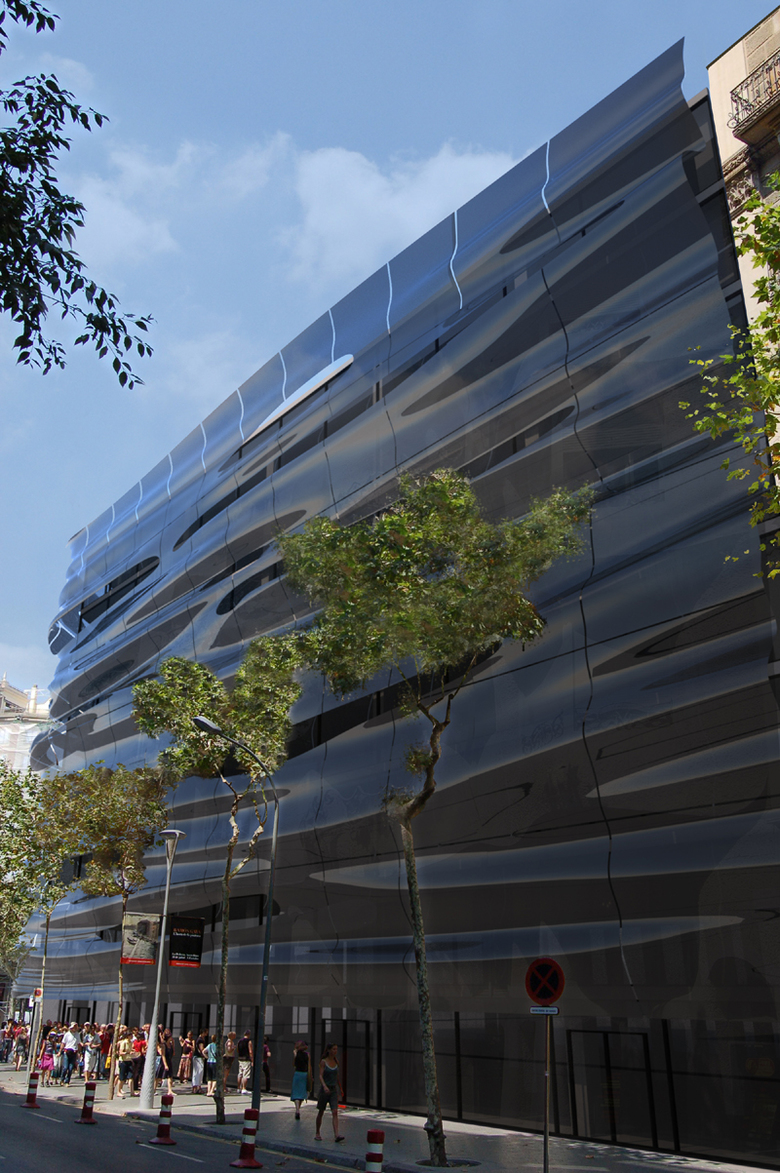 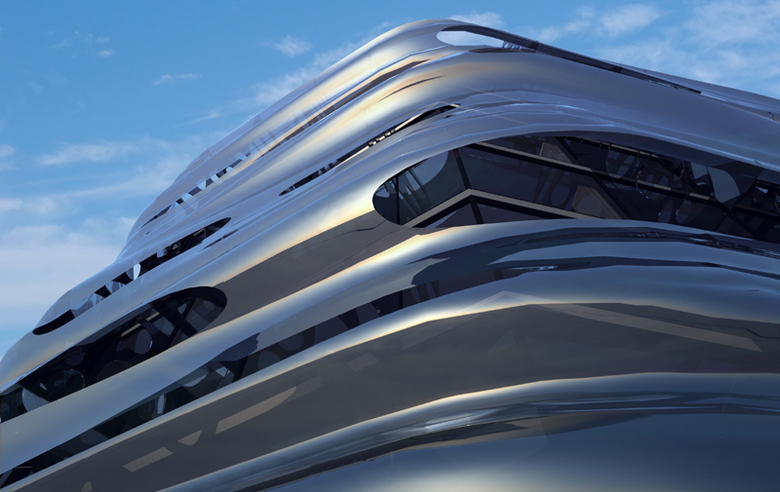 Axis Mundi eloquently captures the qualities of water—pristine, fluid, restlessly in motion—in its proposal for the Barcelona offices of H2O, a new bottled water company seeking to establish an innovative brand identity. The standard concrete structure of the existing building, just a stone’s throw from Gaudì’s masterpiece Casa Mila, is pierced with two elliptical voids that invite natural light into its core. An inventive brise-soleil, however, belies the building’s stationary mass and volume by mimicking the ripples of a pond. The team documented countless images of light on the flowing waters of rivers, streams and ponds, one of which was eventually made into 3D form using a phenolic composite material. This was cut and manipulated to create wave patterns that appear to ripple and rush impossibly around the building. This skin is suspended in front of the façade by organically shaped web trusses. “All water has perfect memory,” wrote author Toni Morrison, “and is forever trying to get back to where it was.” This exquisite building reminds us of the source from which we derive life.