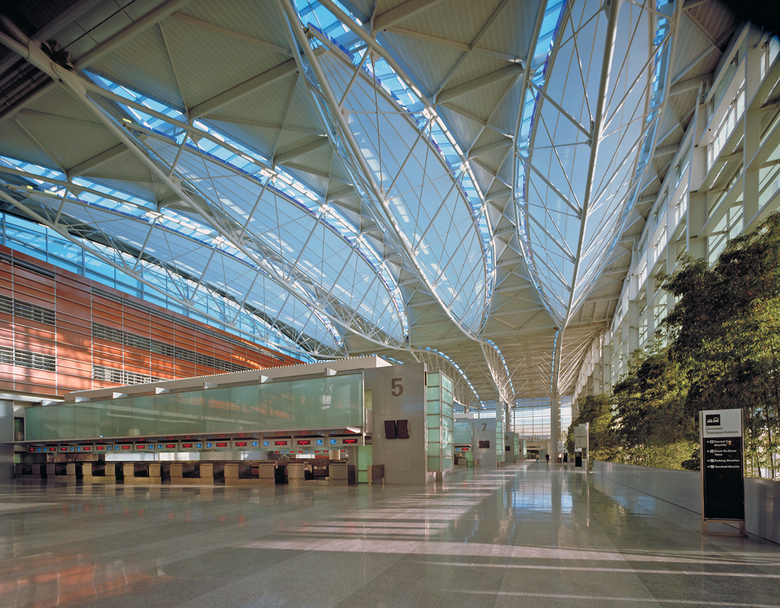 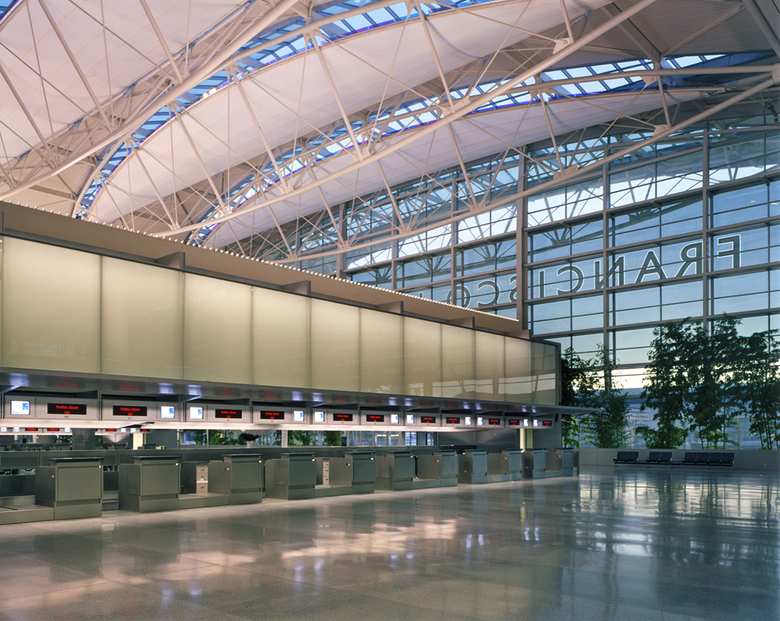 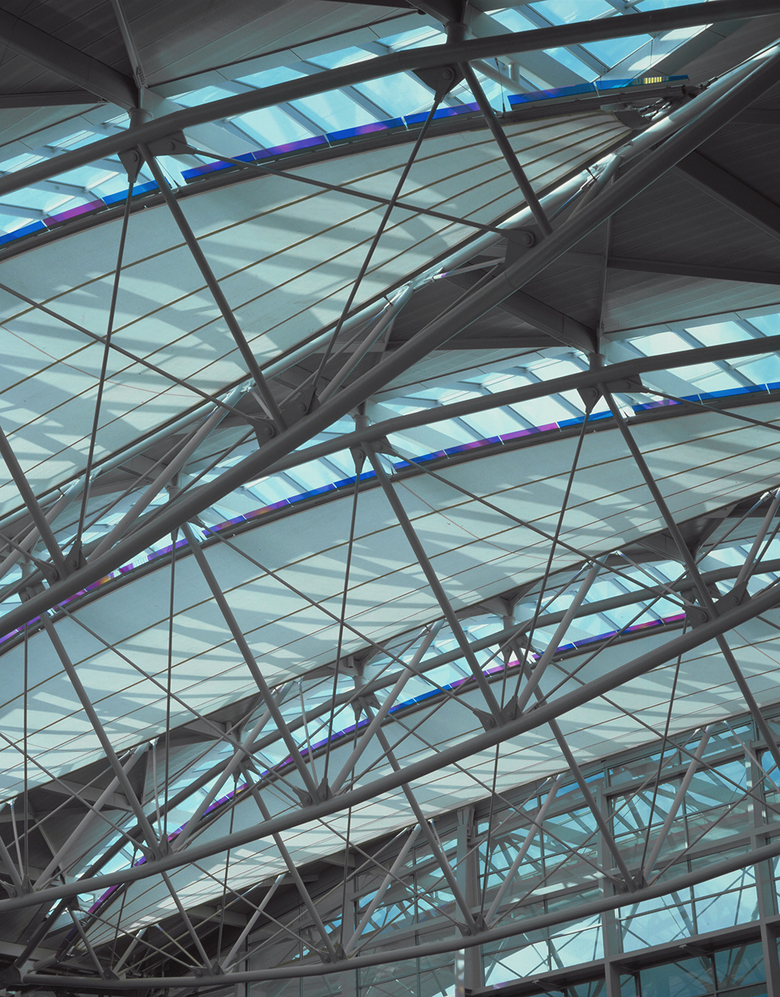 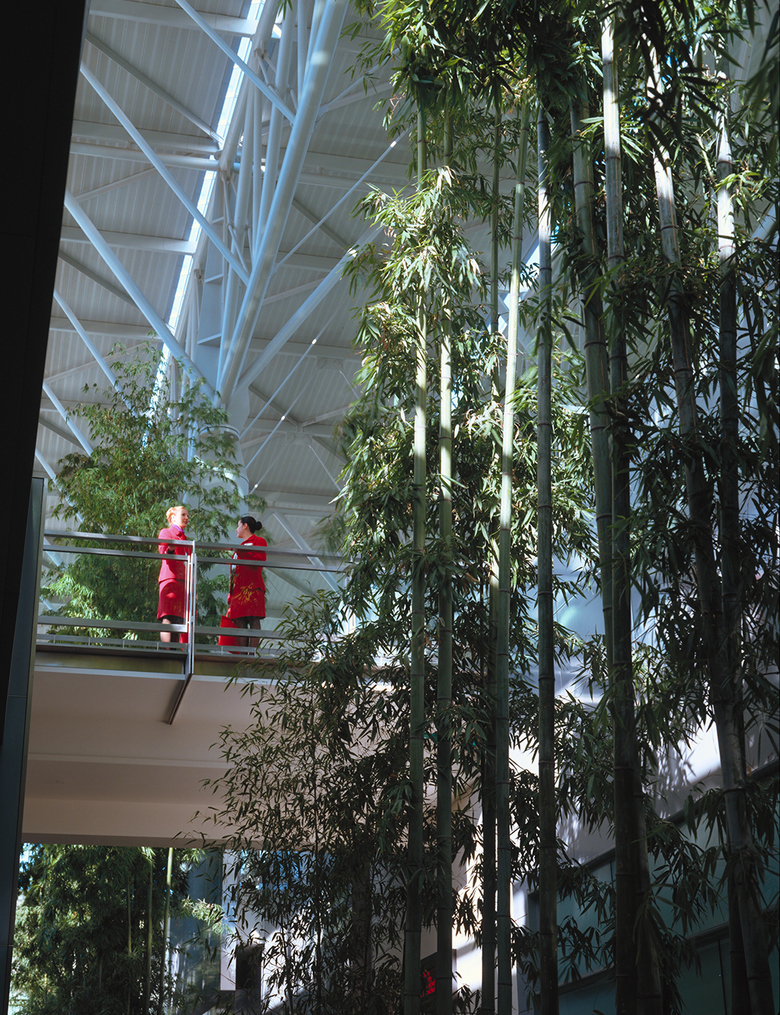 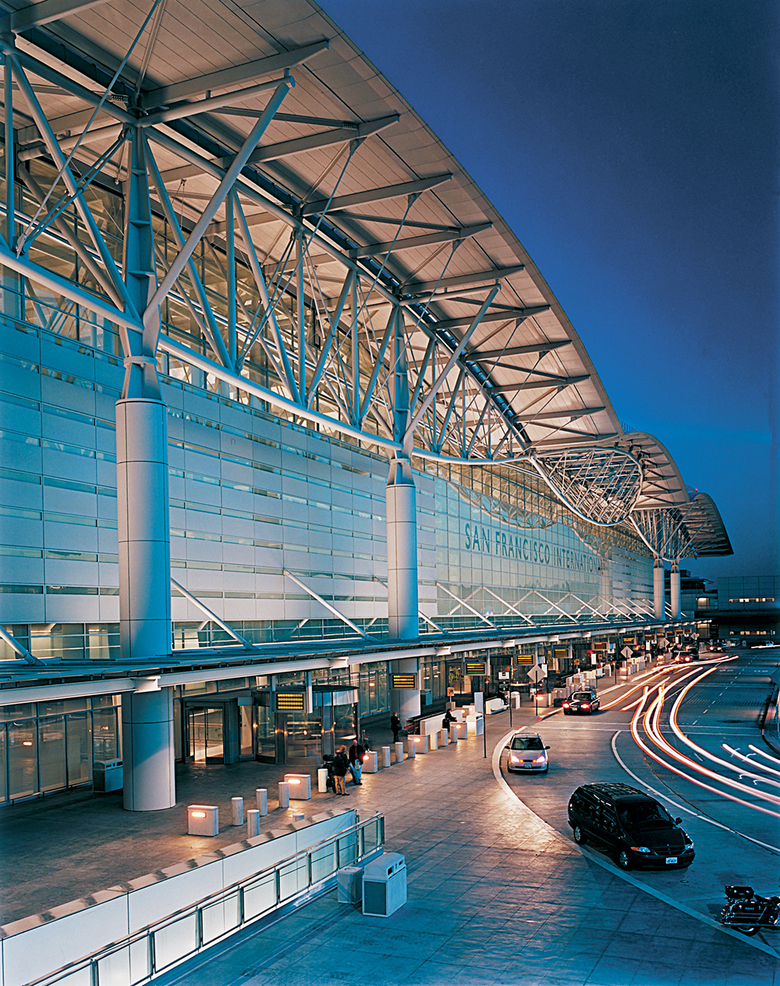 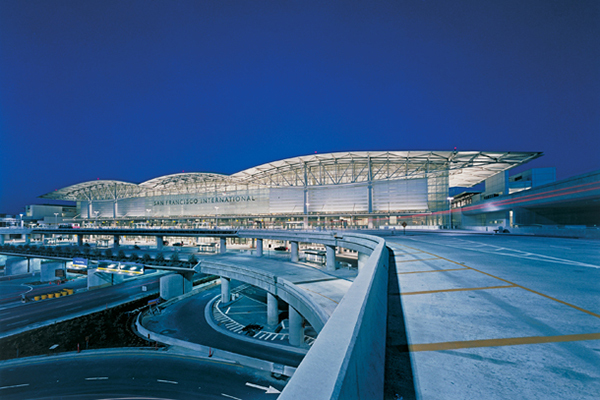 This 1.8-million-square-foot terminal creates a powerful identity for both the airport and the City of San Francisco. Its form and aesthetic stem directly from functional necessity—the roof’s wing-like form directly expresses the structural diagram of its bending forces. So the facility would remain operational in the event of a major earthquake, SOM engineered the structure to the highest seismic safety requirements ever imposed on an American airport terminal. This strategy incorporated the most ambitious use of base isolation technology for the time.

Cathedral of Christ the Light