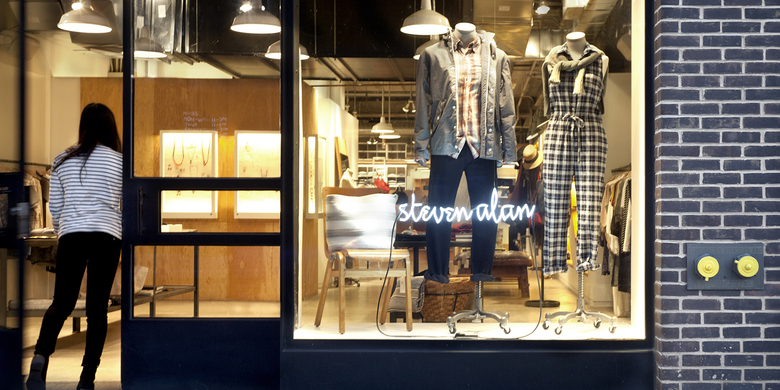 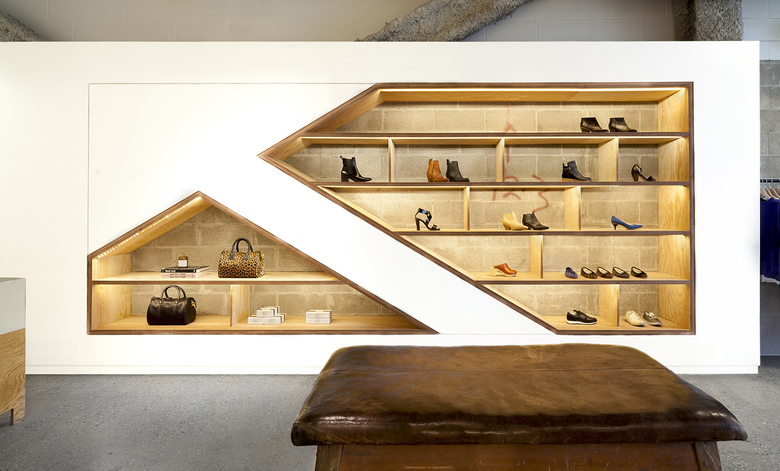 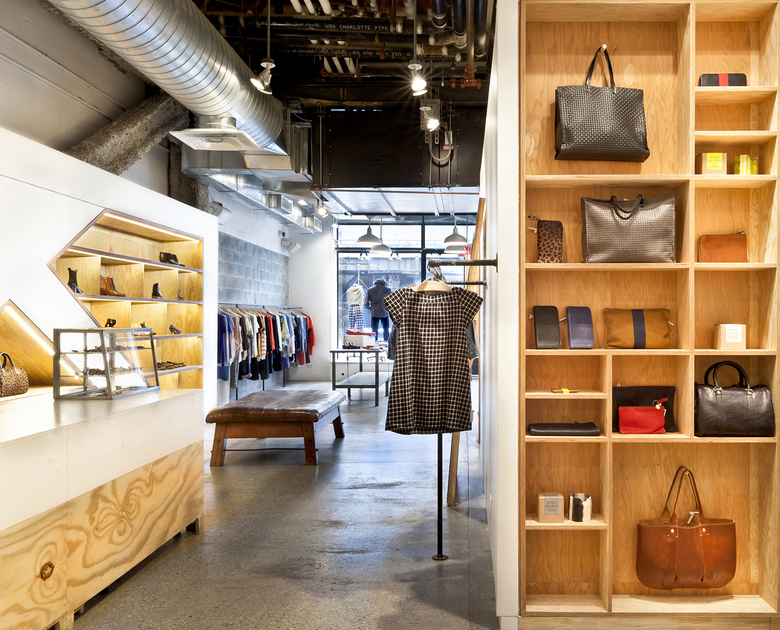 For its New York City flagship store, boutique retailer Steven Alan chose a space opposite the elevated High Line Park in the city’s iconic Meatpacking District, a neighborhood whose historically industrial character has been peppered with art galleries and park goers.  The design of the store intends to marry the location to the Steven Alan brand.  The space itself was delivered as a raw shell.  In keeping with the true rawness of the space, the materials for the store fixtures were chosen for their straightforward utility- marine grade plywood, raw concrete, and black steel pipes were detailed with an unexpected twist, similar to the concept of a classic Steven Alan shirt.  The unapologetic roughness of the utilitarian display is intended to make the clothing more precious in contrast.

Kentucky Museum of Art and Craft