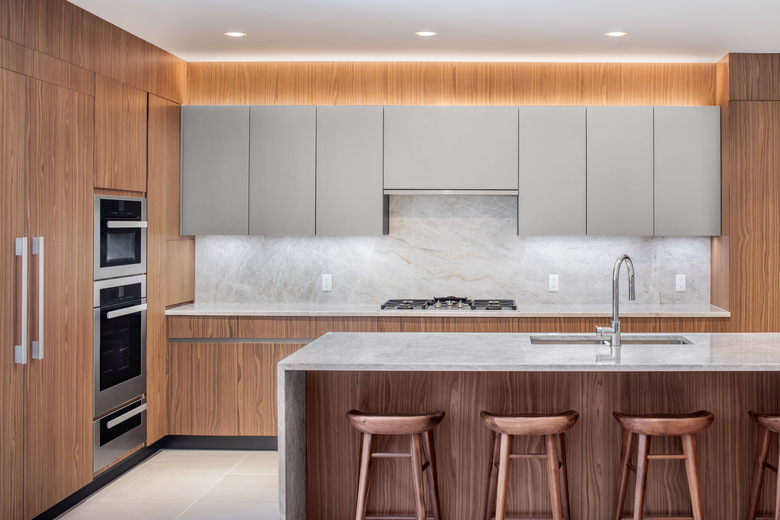 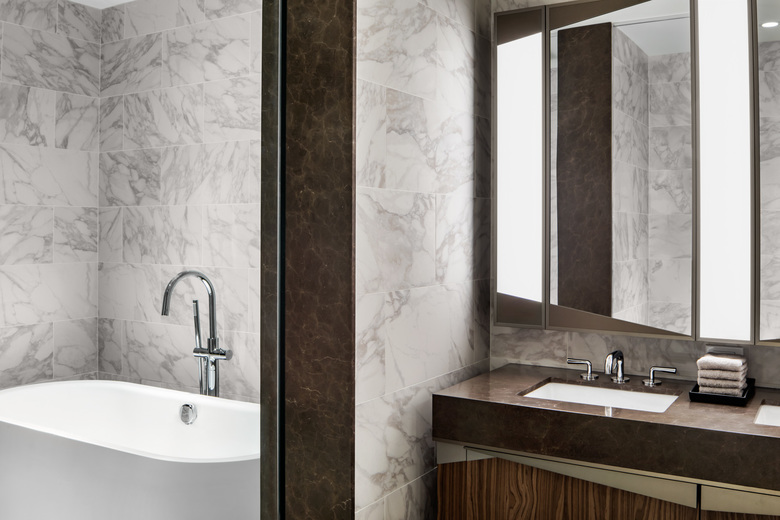 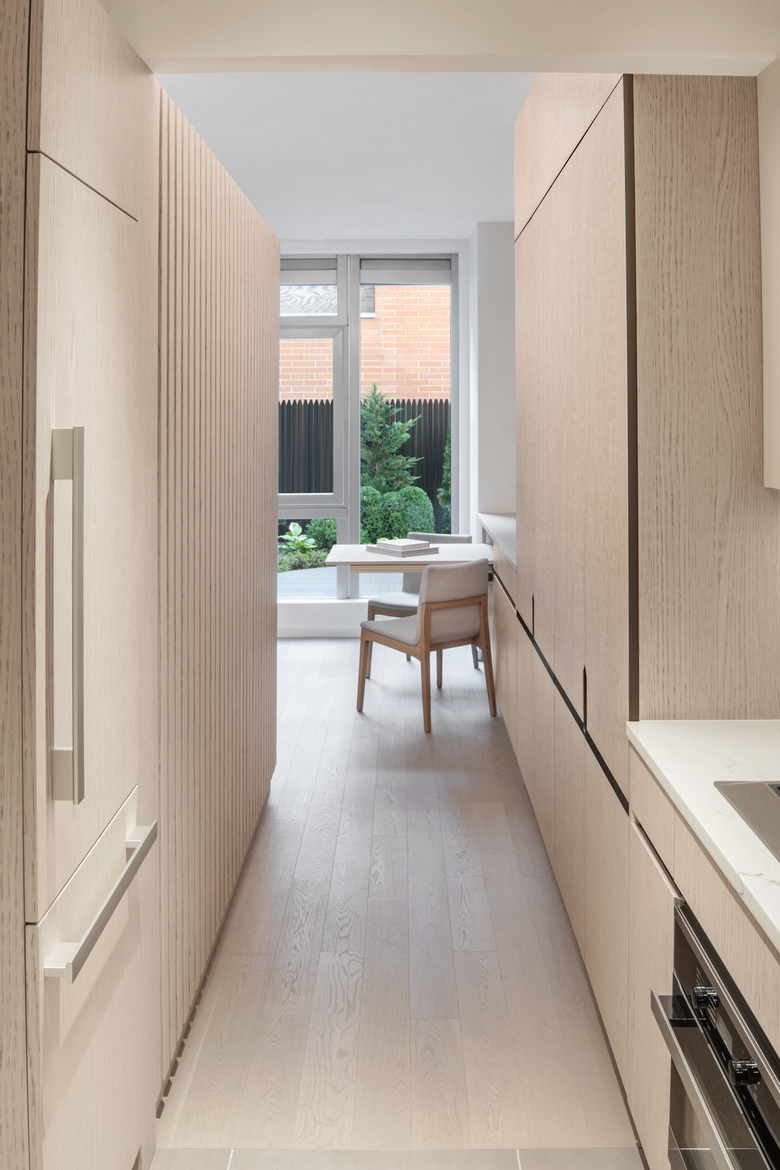 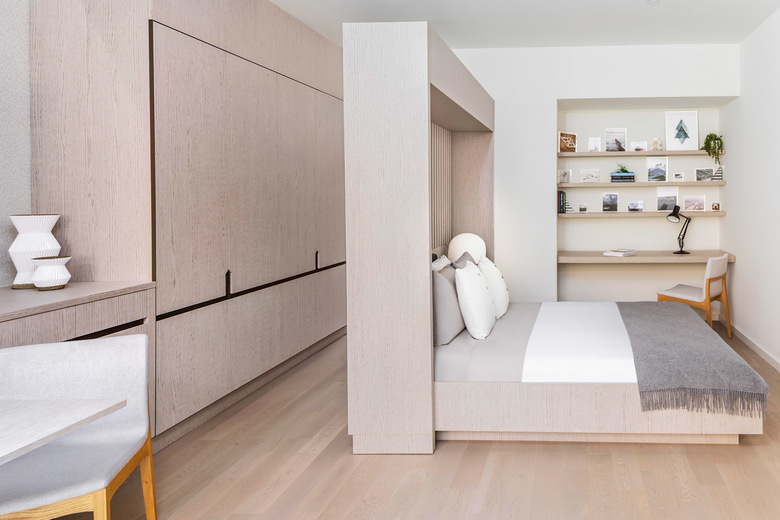 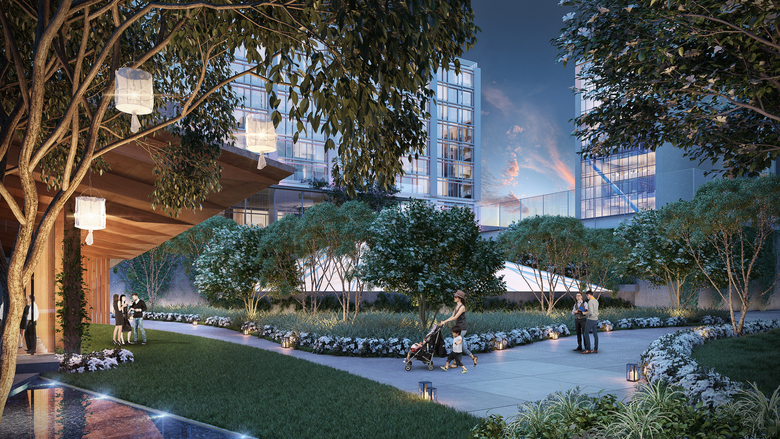 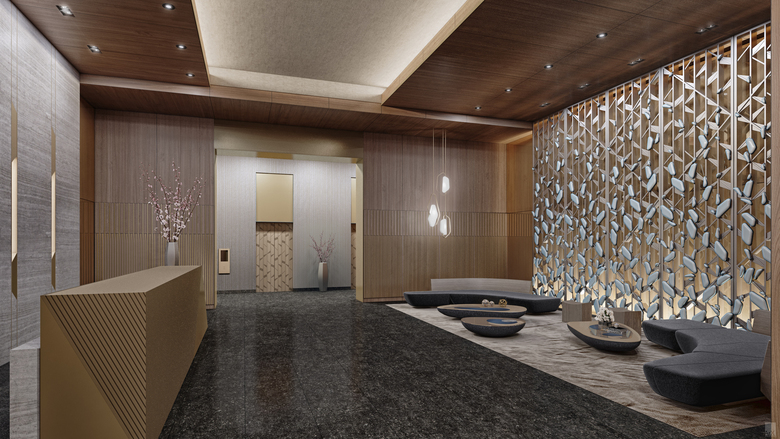 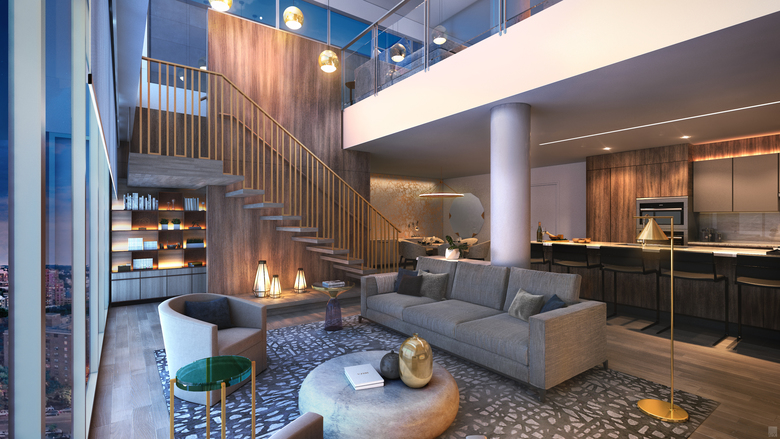 In designing Tangram Plaza, we thought a starting point should be to contrast the fast-paced and busting streetscape of downtown Flushing. The central idea is to define individualized space within the communal structure of the project and to harmonize with the teeming energy of Flushing by use of
natural materials and organic motifs.

Elemental forms are referenced in the main public spaces, notably the Lobby, serving to introduce the hanging garden and pavilion at the project’s core. The internal landscape provides a path guiding the visitor from the street, and introduces them to the serene garden spaces that lie beyond. The custom furniture can also be read as a series of abstracted natural elements, figuring as ponds and organic forms.

As a firm, we are generally interested in contrasting crisp geometric modern elements with hand-made pieces to foreground an artisan’s touch, and
Tangram Plaza provides an incredible opportunity to do so.

Project was begun in 2016 at Span Architecture, and taken over by JG Neukomm Architecture in 2017. Jean-Gabriel Neukomm was the principal-in-charge for the duration of the project.