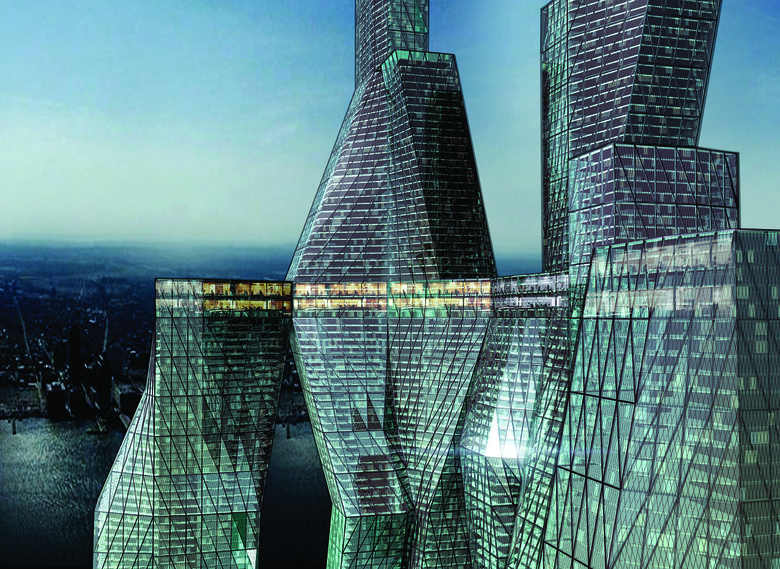 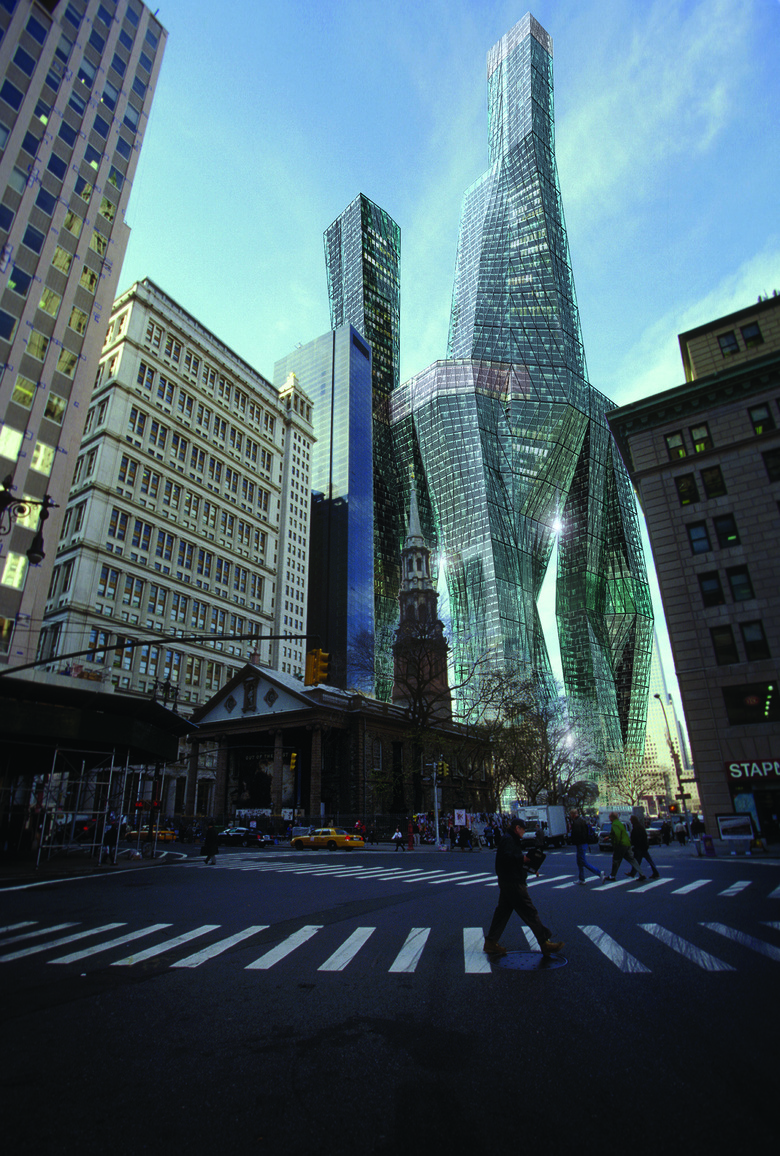 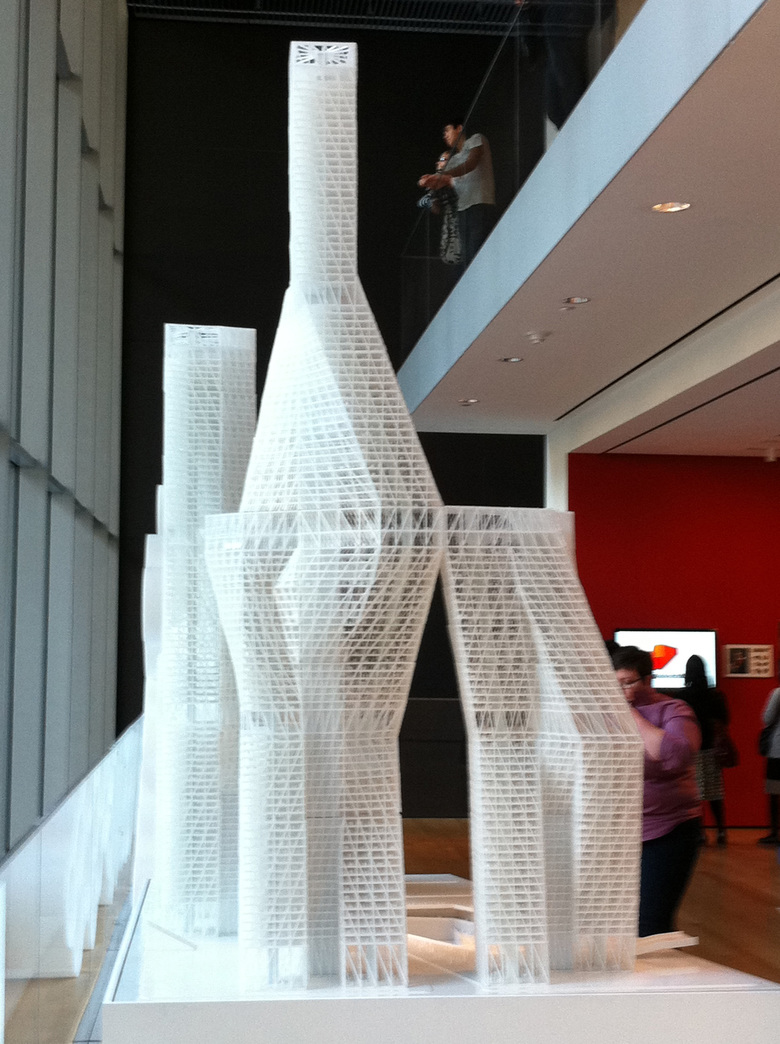 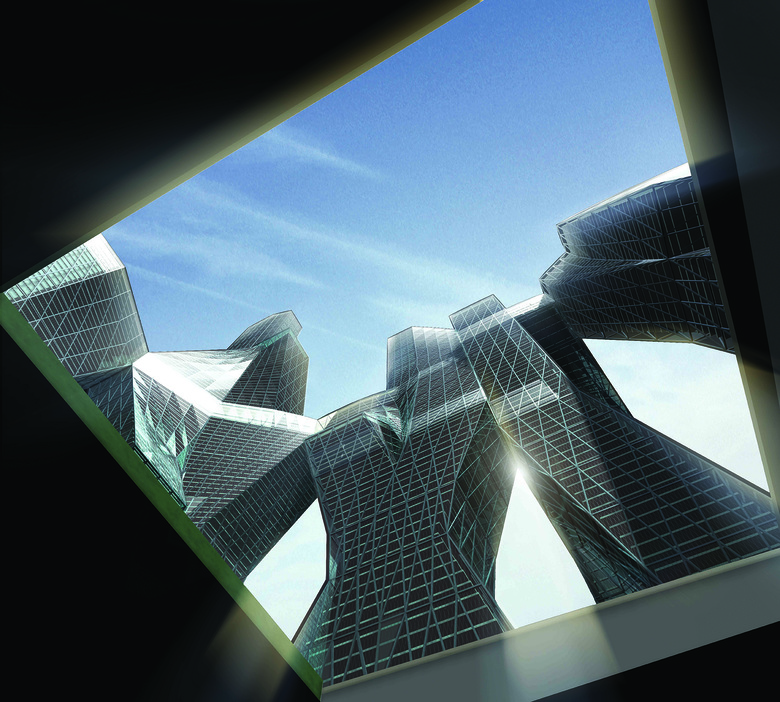 Kevin Kennon, with the design team of United Architects proposed a scheme for the World Trade Center site competition that is in itself a memorial, consisting of an interconnected series of five buildings that create a cathedral-like enclosure. The project includes over ten million square feet of space, of which 80% is designated as office space, and the rest designed with residential, commercial and cultural programming in mind. A vast public plaza and park is formed around the connected former tower footprints by a protective ring of new towers.

The inspiration for United Architects’ design was to create a living memorial that develops over time. The entire World Trade Center site, from the earth to the sky, becomes both a monument to the past and a vision for the future. The two inviolate footprints frame the view upward to the United Towers that enclose and protect the site as the towers come together to form a continuous ring at the 60th floor. The memorial experience continues into dedicated elevators that bring visitors up to a Sky Memorial at the top of tower one. The Sky Memorial, like the Victims’ Family Viewing Room, gives a view back down to the site from a great height.

The structural concept of the building is both unique and representative of the strength these towers convey. The principal elements of each of the five towers are concrete cores. These 20-foot square cores are wrapped by habitable spaces whose diagonally braced skin strengthens each tower while freeing the interiors of intervening columns. This ‘tube-within-tube’ configuration establishes a new tower typology, capable of immense strength. When the five towers are conjoined, the individual structural strength of each freestanding tower is increased, thus creating a complex compositional structure able to withstand immense forces through mutual support. In addition, the triangulated structural skin which weaves about the building allow the wrapping tubes of space to grow and contract during the journey up and around the five core elements. This gives the proposal a unique dynamism and visual cohesion.