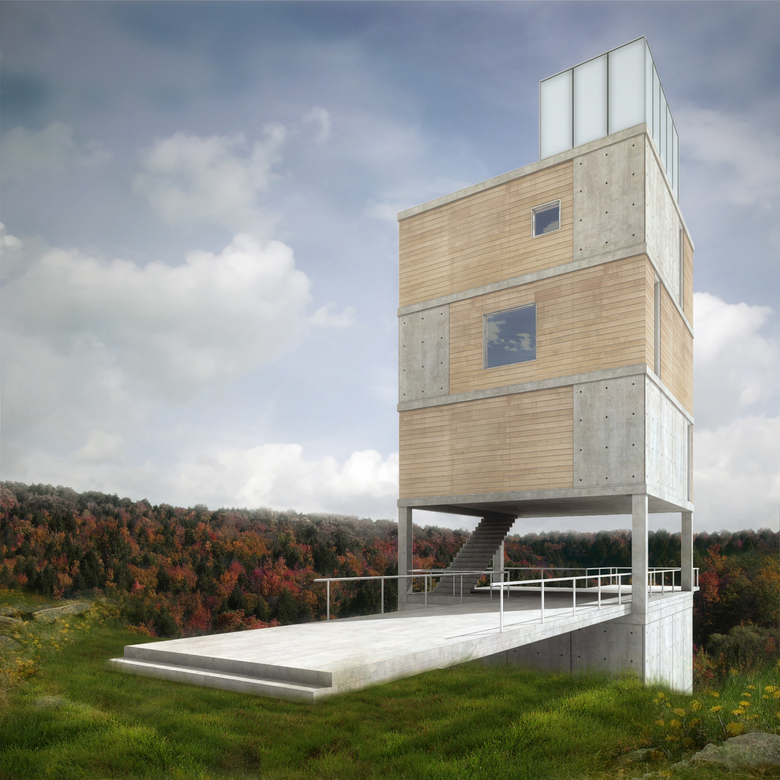 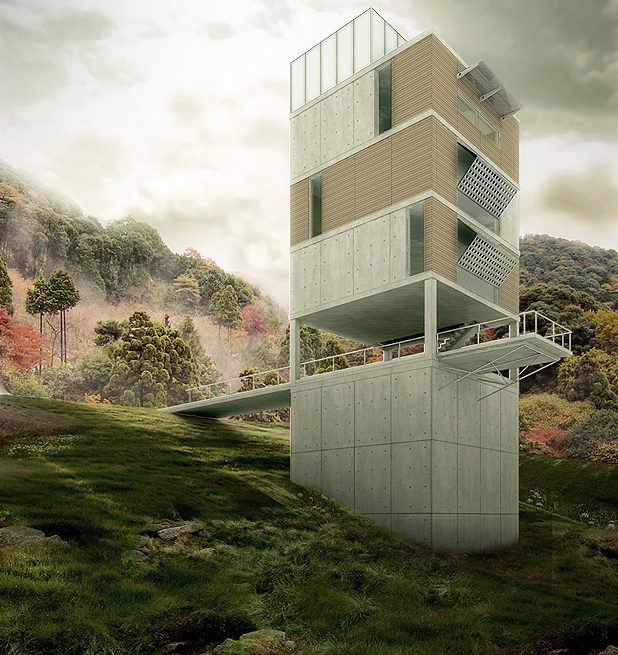 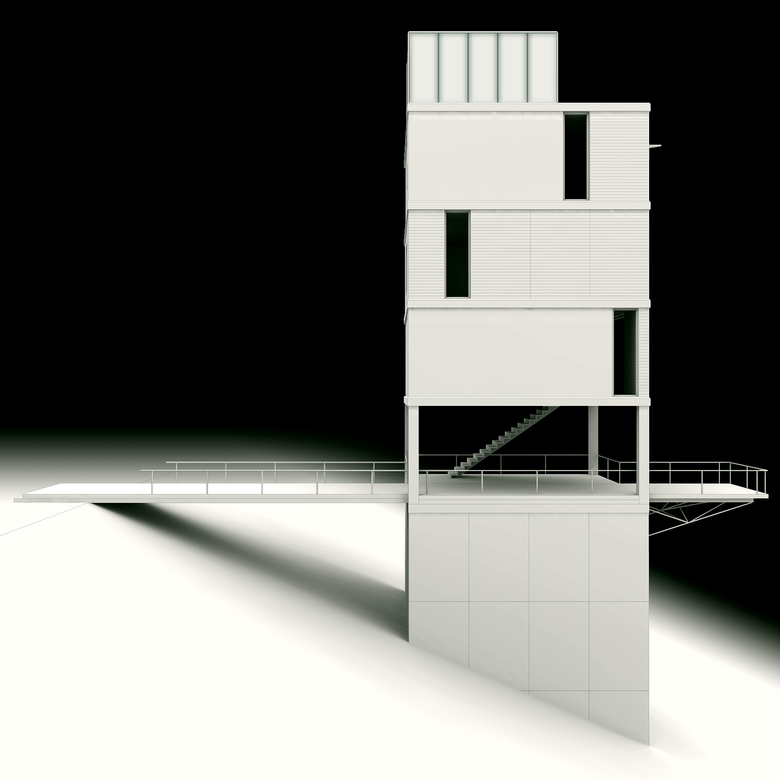 European gardens of the 18th and 19th centuries boasted architectural follies that mimicked Greek temple ruins, Chinese pagodas, Egyptian pyramids and other buildings. They were intended to make connections to the virtues of classical antiquity, travels to exotic lands and other evidence of one’s sophistication and breeding. This house adopts the idea intriguingly by excising pretense and frivolity to devise a unique solution to the steeply sloping topography of this site in Smuggler’s Nest, Vermont. An urban townhouse references a link between city and country living. A long bridge imparts a sense of procession and arrival, culminating in a cantilevered viewing platform. Stairs ascend to the kitchen and dining area, then to the second-floor living area, then to the master bedroom and bath. The roof’s open-air garden features striking 360-degree views of the land. As the house ages, vines descending from here will shroud the house in leafy cover, giving the structure the appearance of a modernist ruin—a large folly situated in an exceptionally large garden