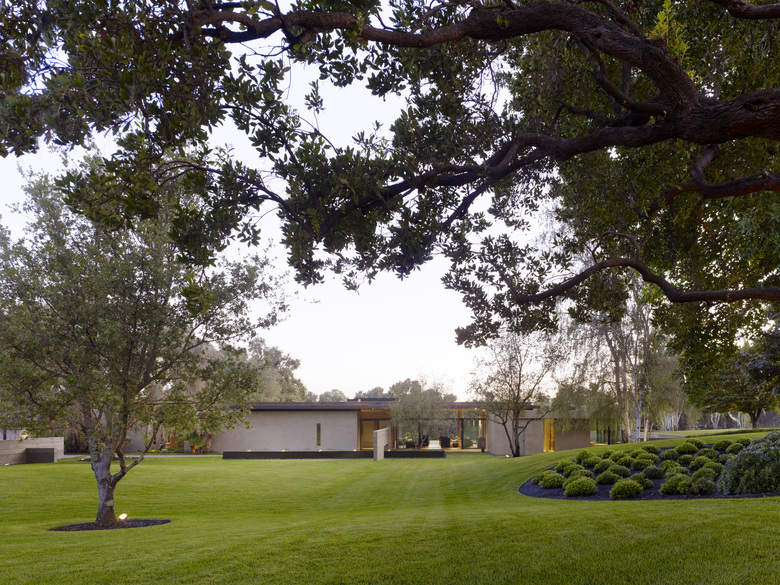 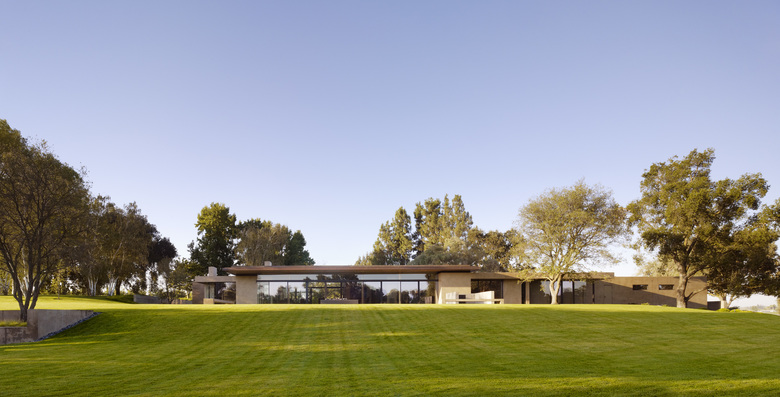 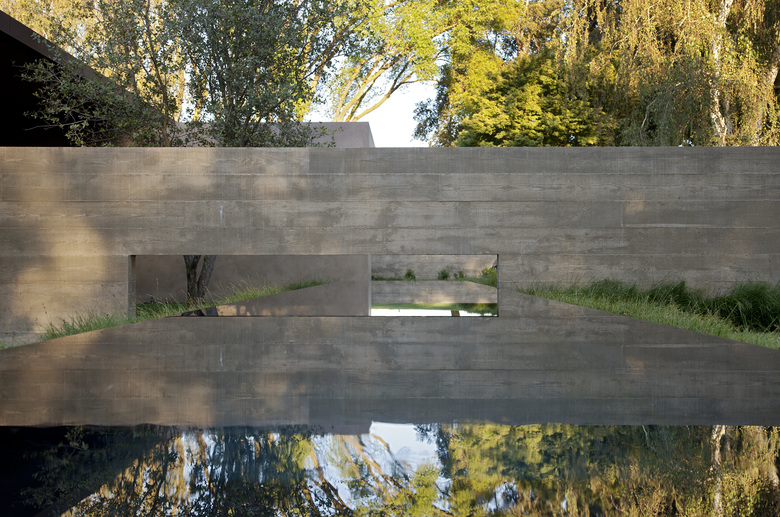 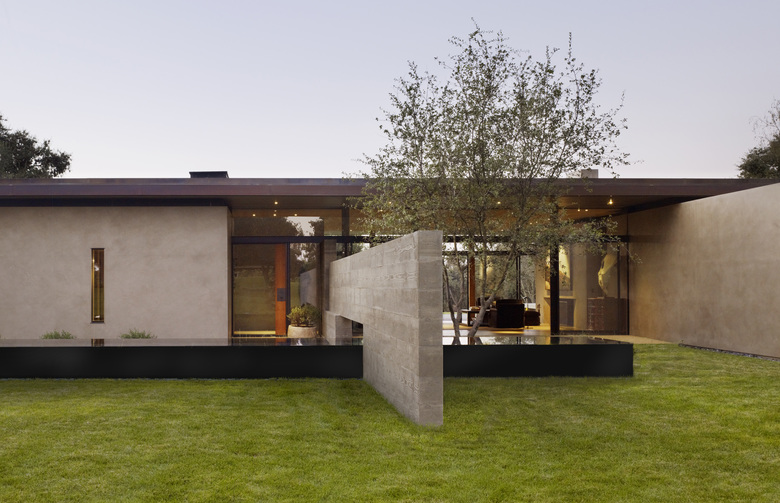 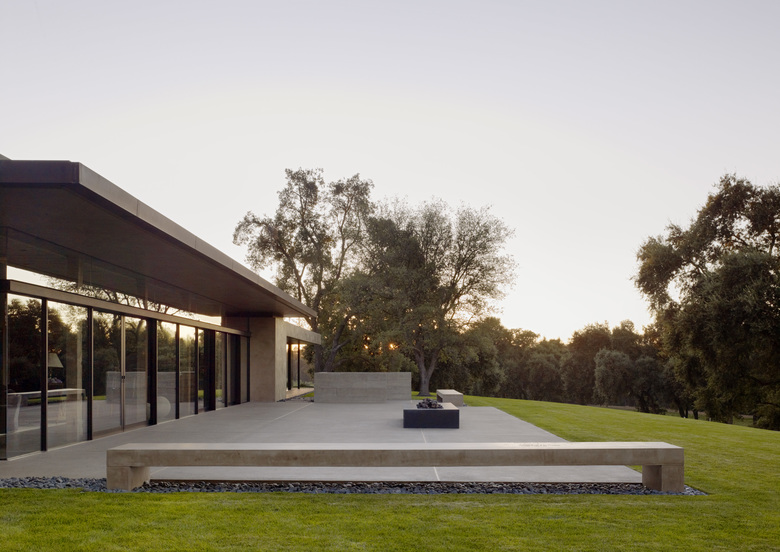 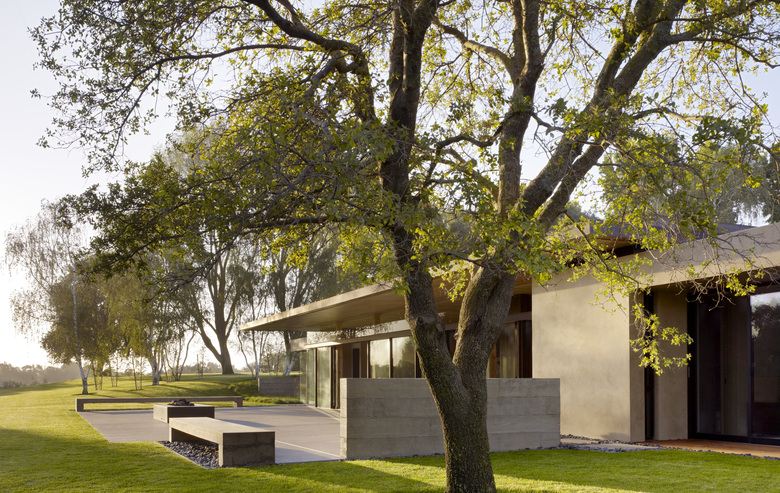 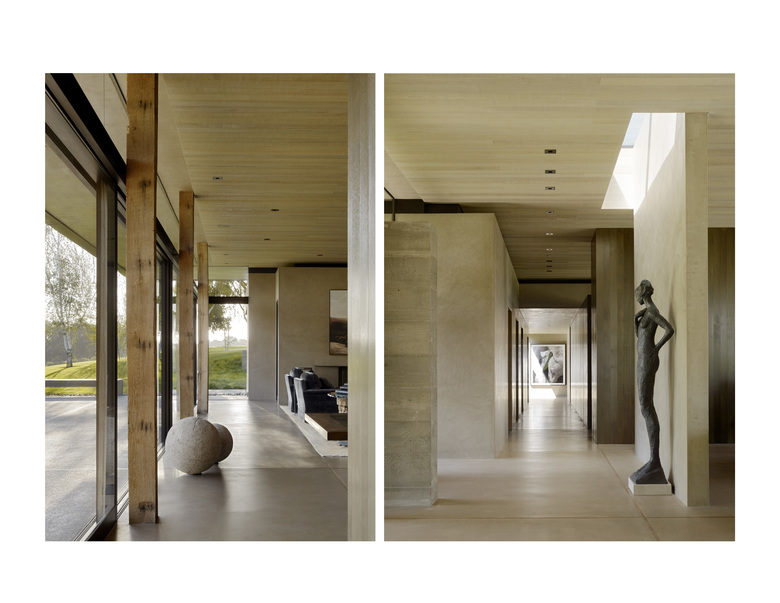 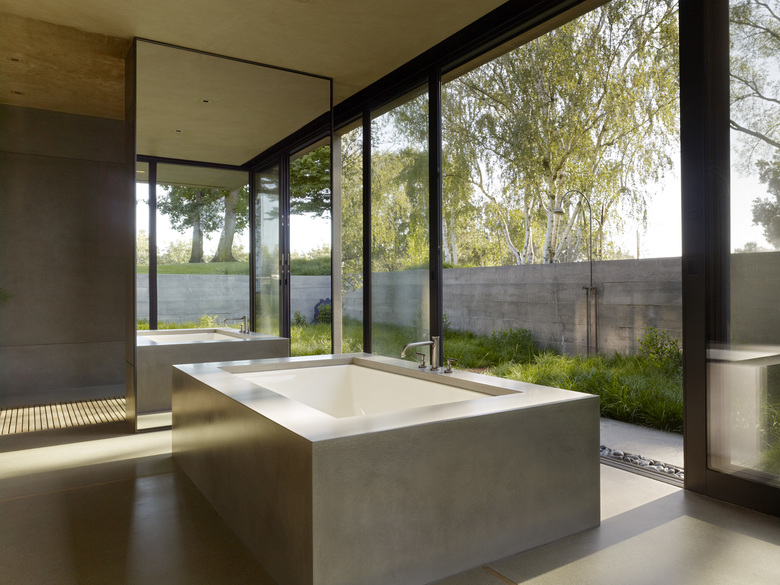 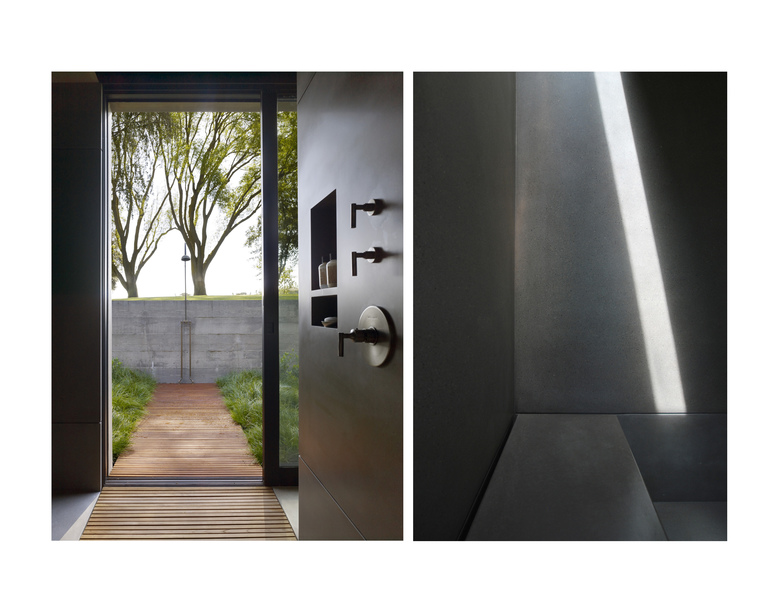 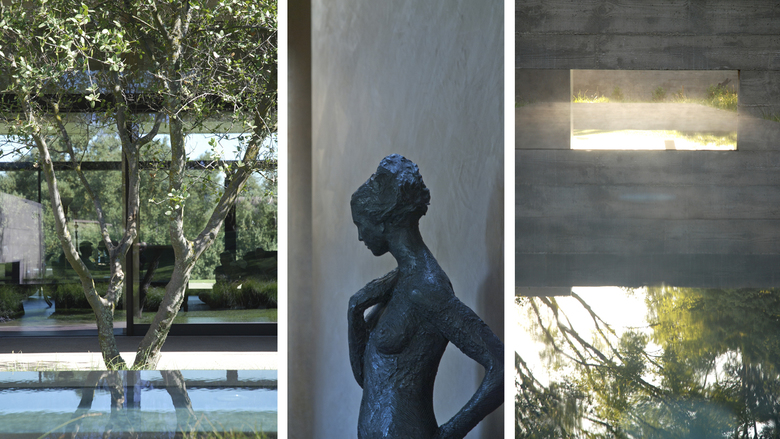 Situated in the rural "Big Valley" of Central California, this private residence negotiates between the rigid geometry of its agricultural context on one side, and the serene pastoral setting of a natural stream basin on the other. Inspired by the paintings of Giorgio de Chirico, simple forms cast in strong daylight and shadow capture a spirit of place. Heavy earthen masses are collected under a broad overhanging roof plane, composed to bracket the landscape and reciprocate the grand scale of the site.  The resulting interstitial void demarcates the public living zone as an indoor/outdoor room, blurring distinctions between interior and exterior space. Intimate sleeping and bathing spaces are placed within the earthen masses, each with its own private access to an outdoor garden room.  A rustic vocabulary was developed in response to the agricultural vernacular, resulting in a neutral palette of cement plaster, reclaimed wood posts and planks, steel, board formed concrete, and water elements.