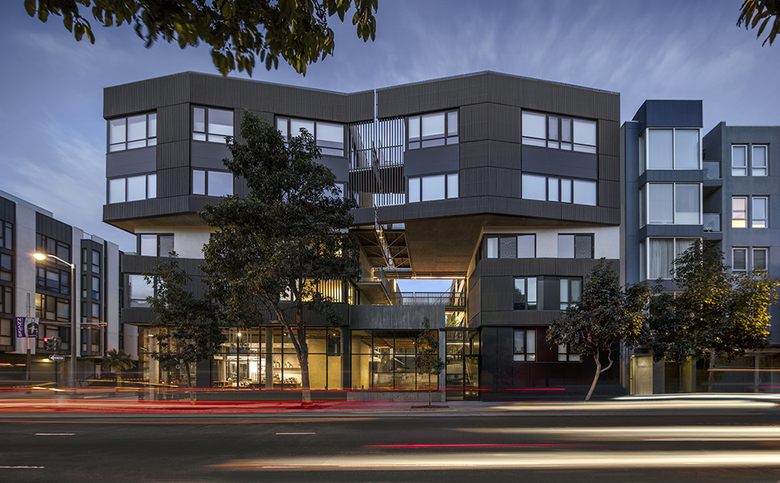 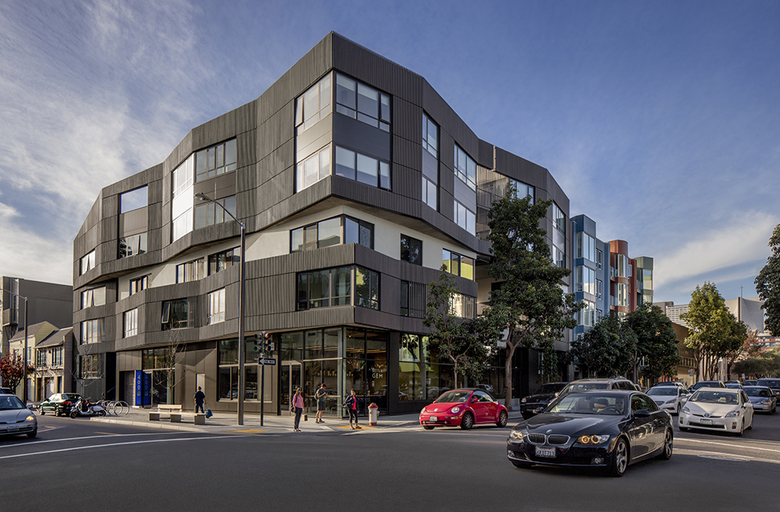 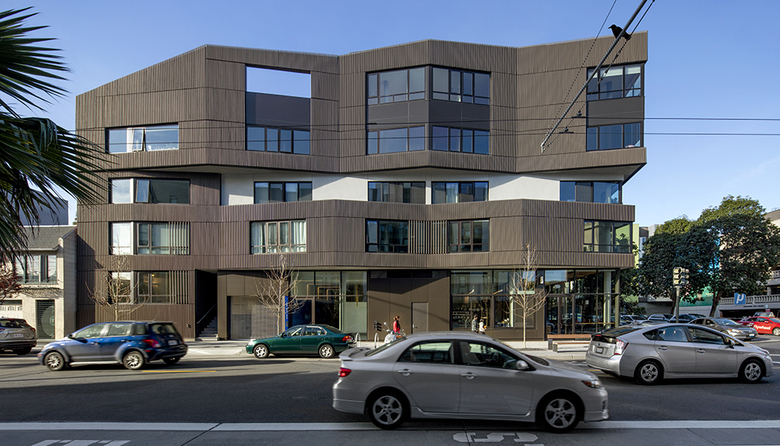 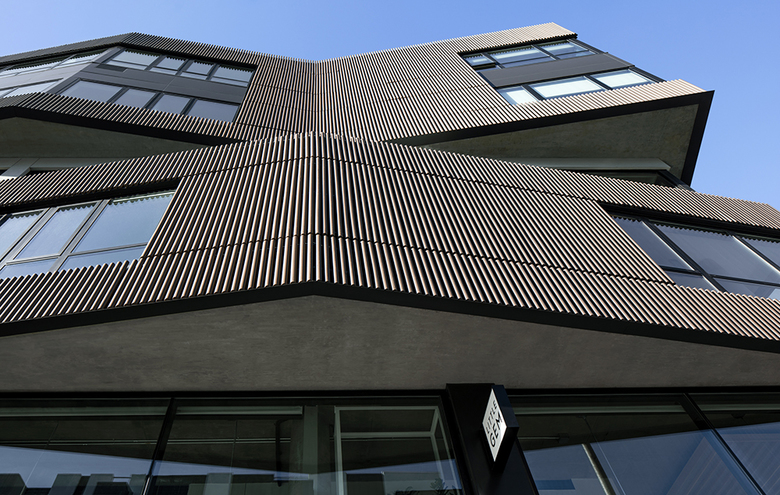 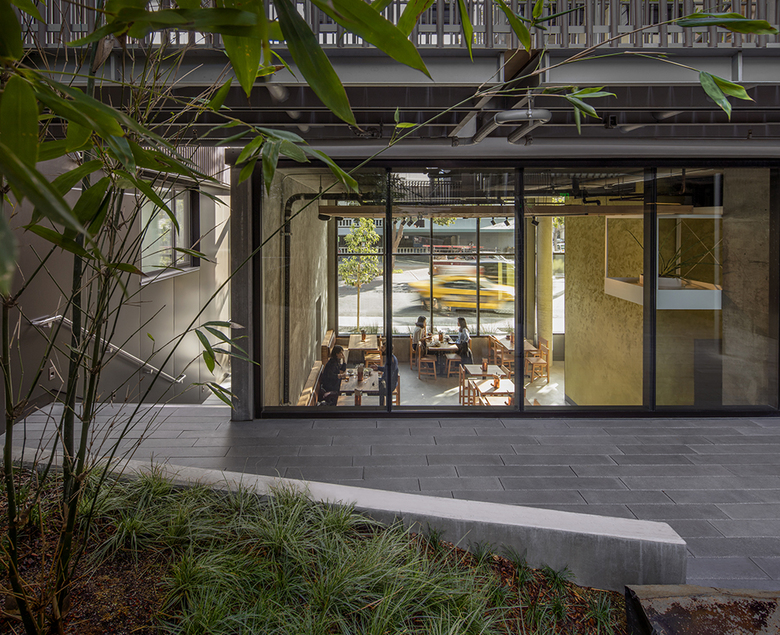 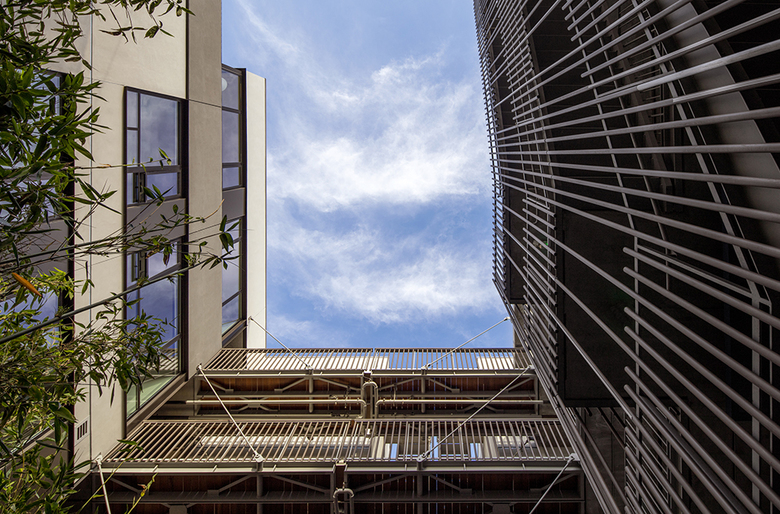 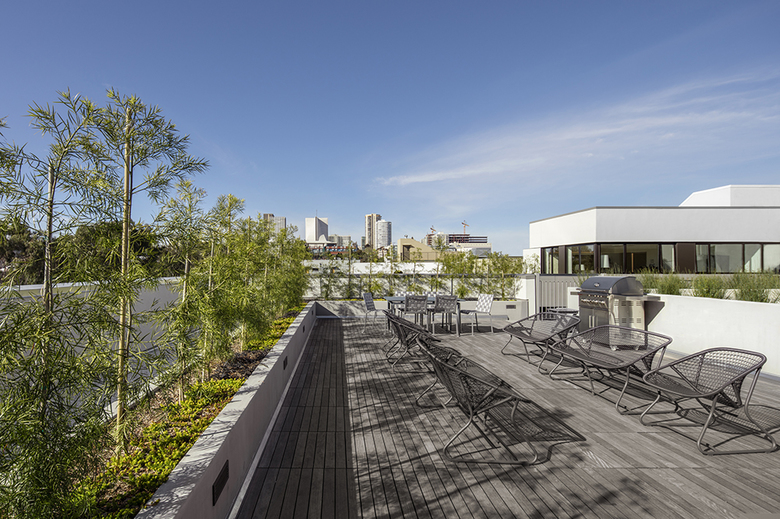 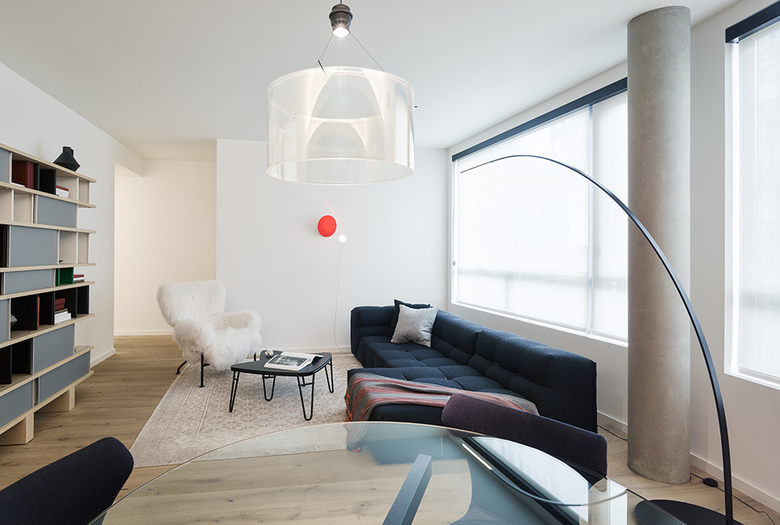 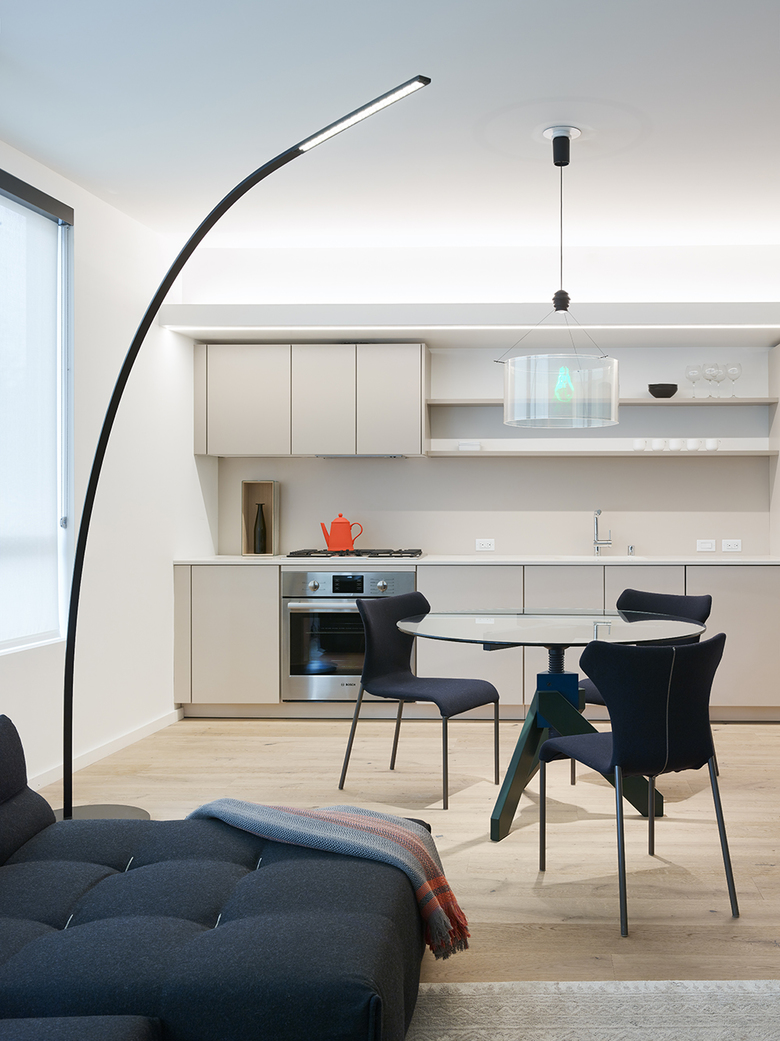 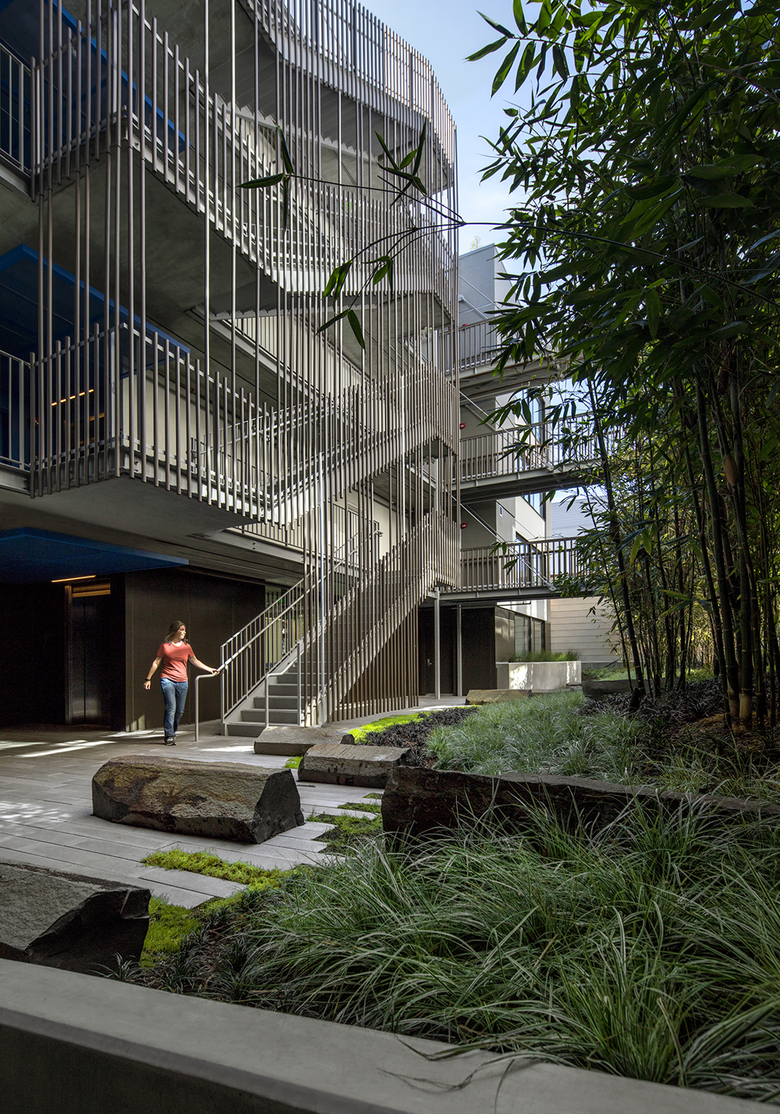 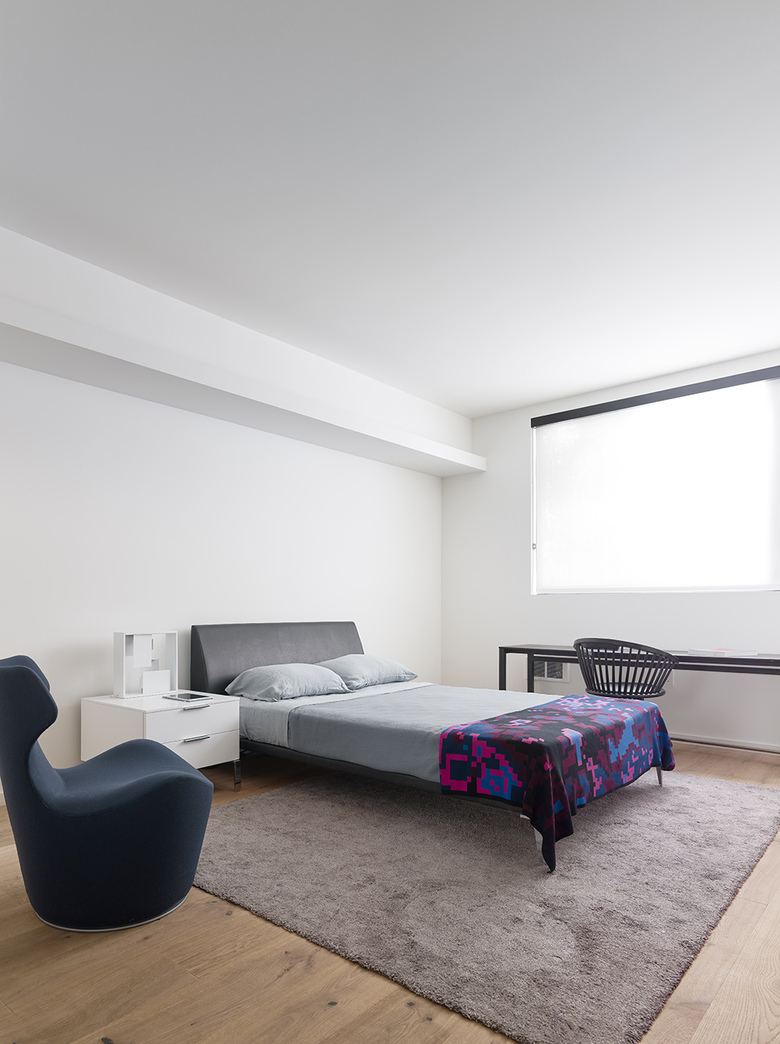 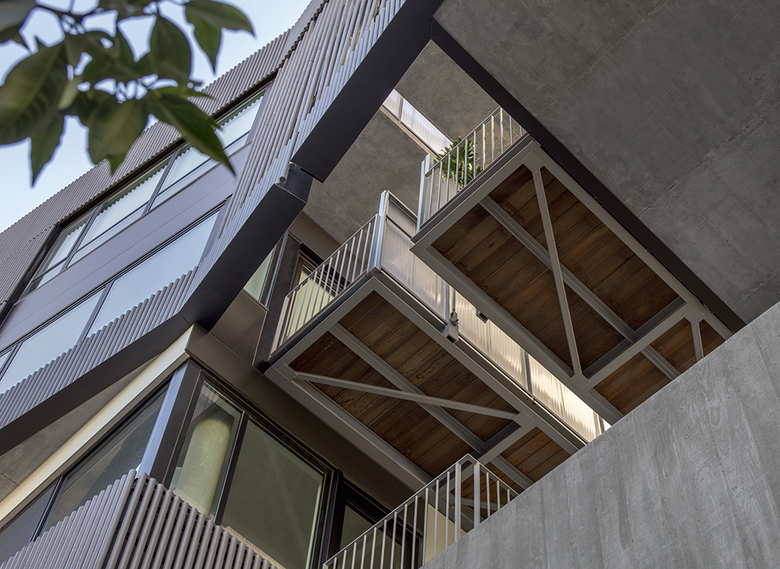 400 Grove introduces 34 residences in the heart of Hayes Valley, continuing the neighborhood’s rise as a vital, walkable neighborhood. Its prominent site at the corner of Grove and Gough streets, is one of several sites created by the removal of the Central Freeway in 2003, as part of a bold initiative to reconnect Hayes Valley with surrounding neighborhoods.

400 Grove’s design references the central mews typology, which set row houses around an internal alley that provided car access as well as a place where neighbors meet. This contemporary take replaces the alley with a landscaped common area accessible only to bicycles and pedestrians, strengthening the community focus of the open space.

Its faceted facades echo an earlier tradition: the classic San Francisco bay windows prevalent in the area. The facets angle windows capturing views of Hayes Valley’s bustling street scene and surrounding hillside neighborhoods. Most of the studio, one-bedroom and two-bedroom residences have light from two sides and an individual expression from the street, with the amenities associated with urban living.

Completed in early 2016, 400 Grove residents enjoy the advantages of Hayes Valley’s central location and easy access to major public transit stops, Civic Center arts venues, and other neighborhoods including the Mission District, the Castro, and the Mid-Market district.