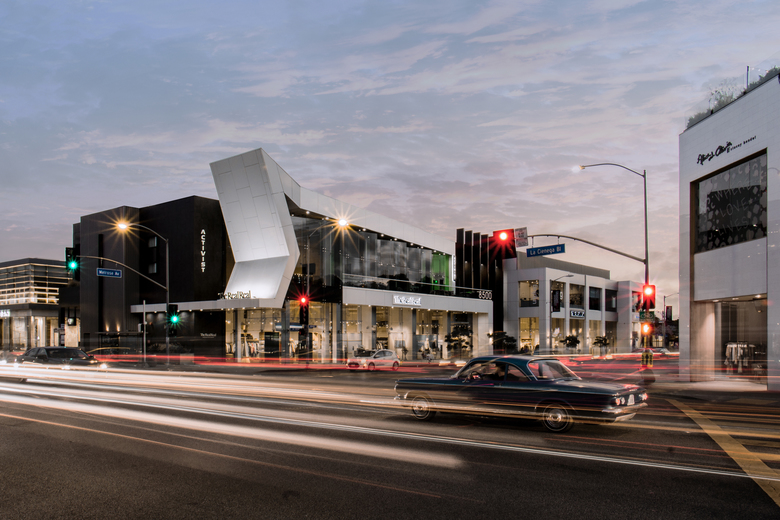 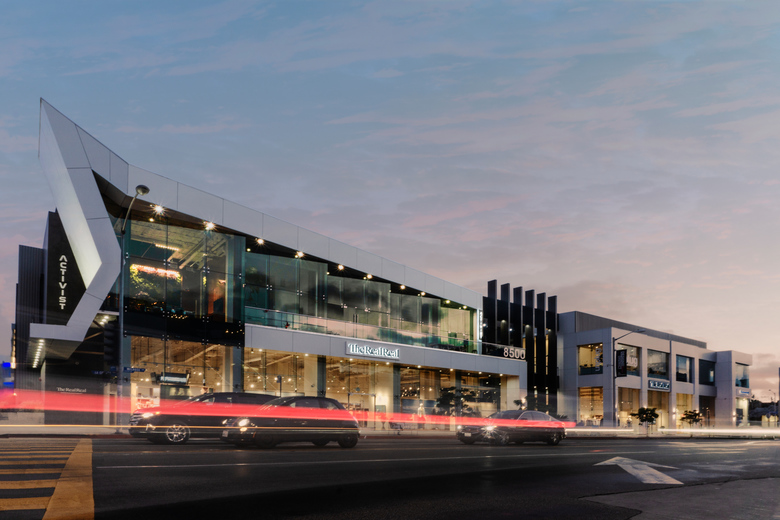 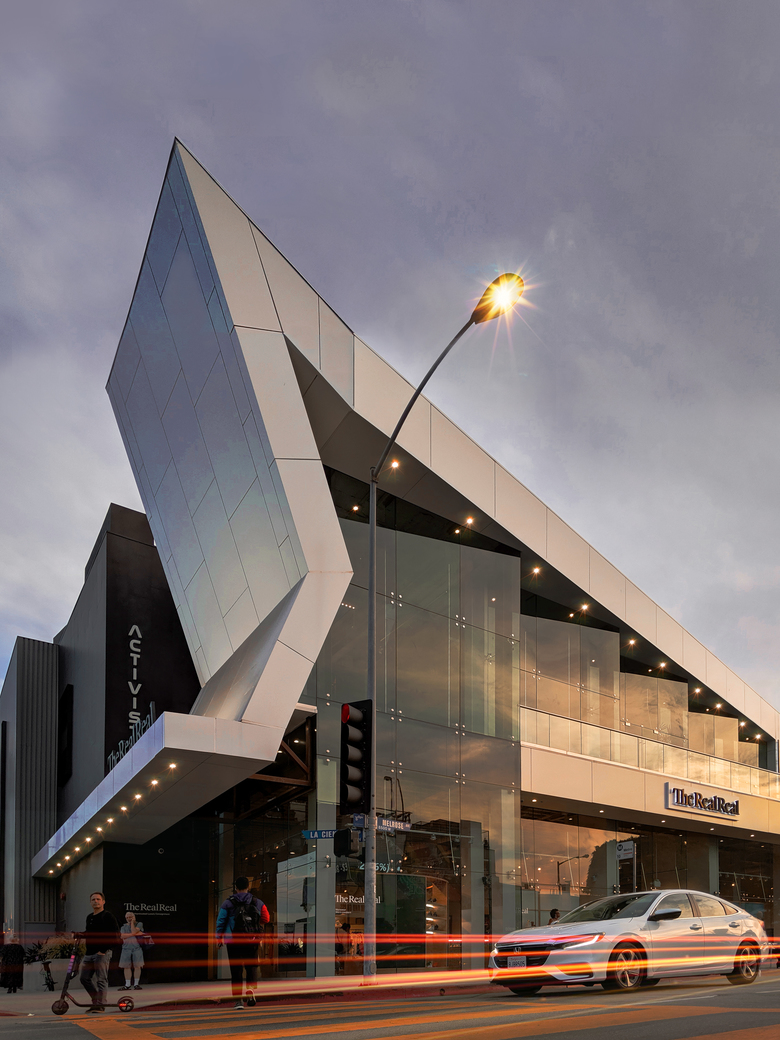 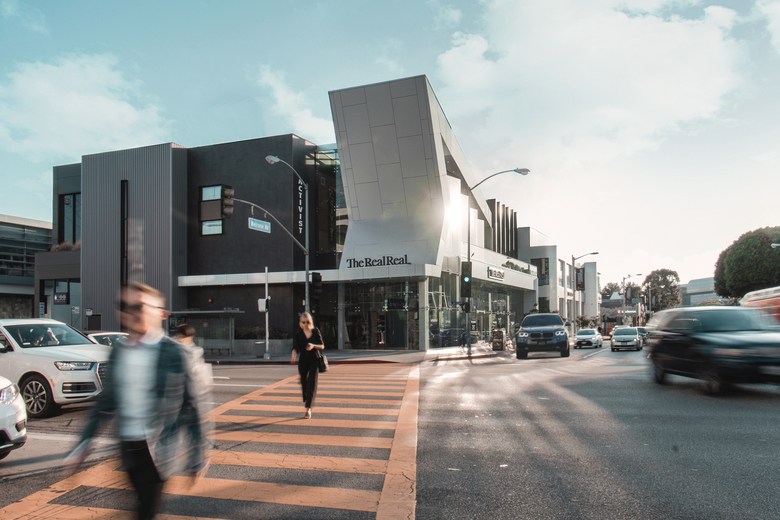 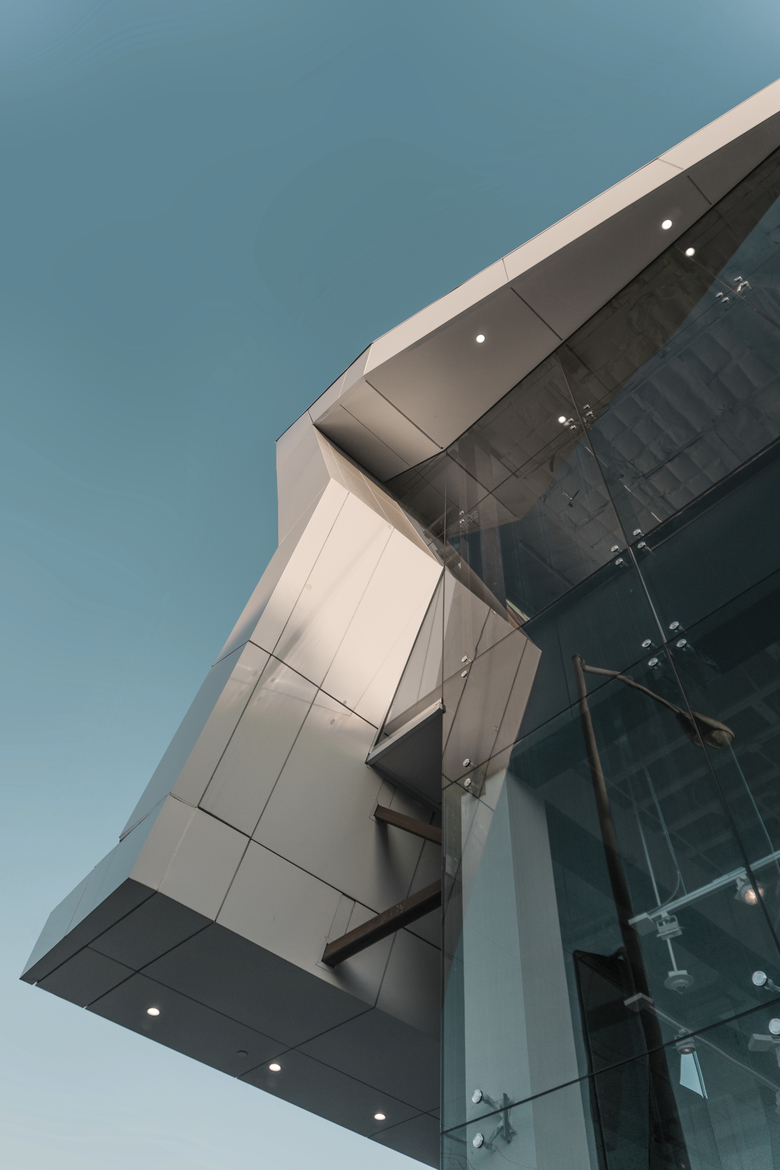 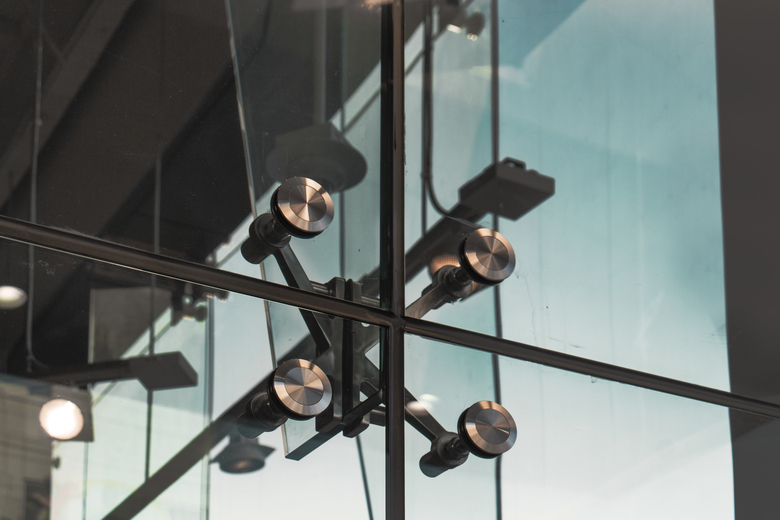 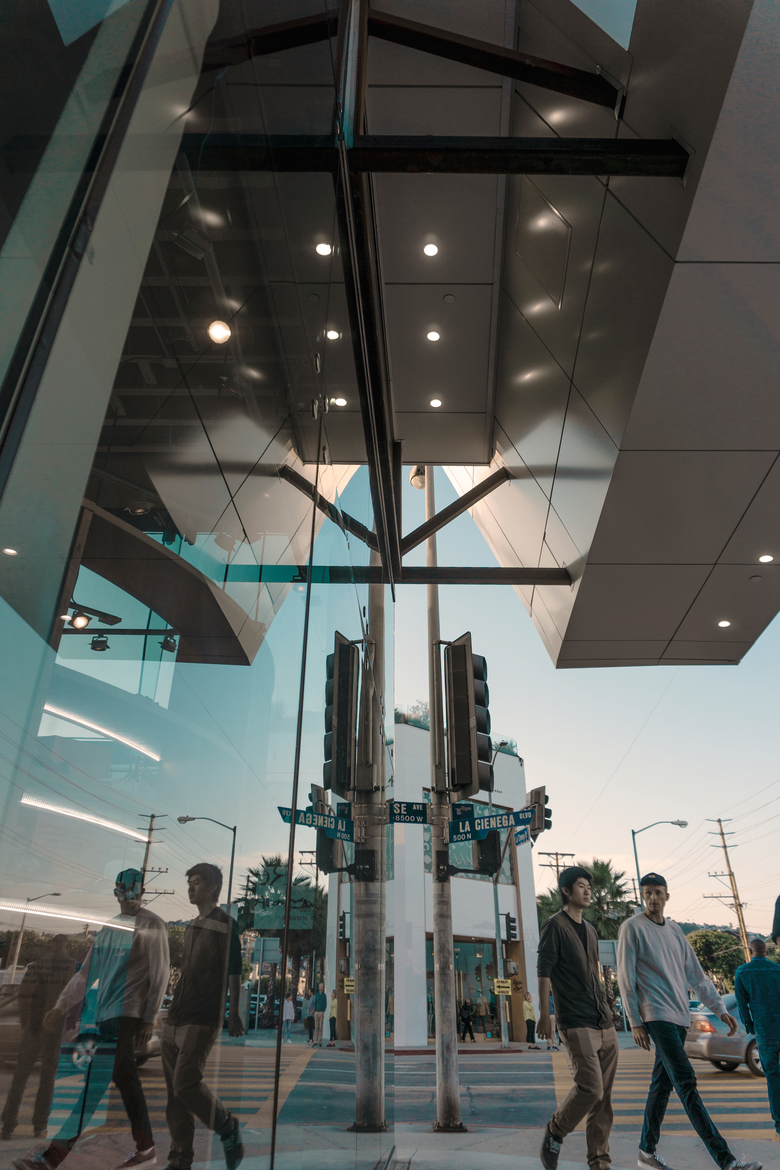 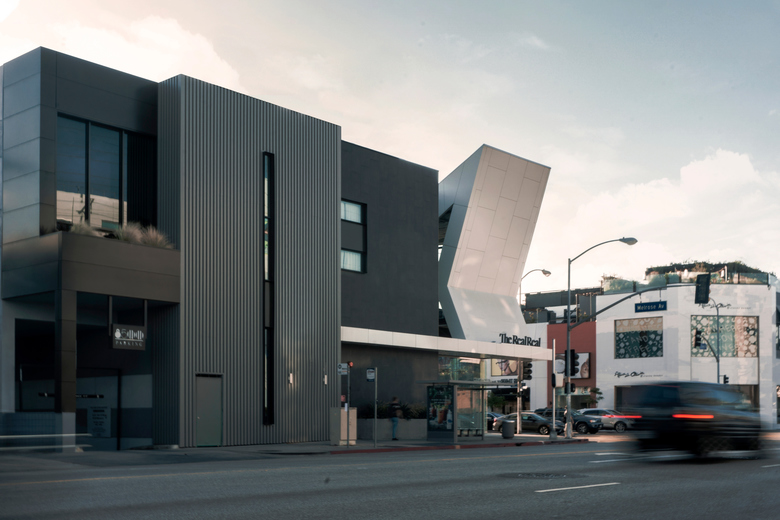 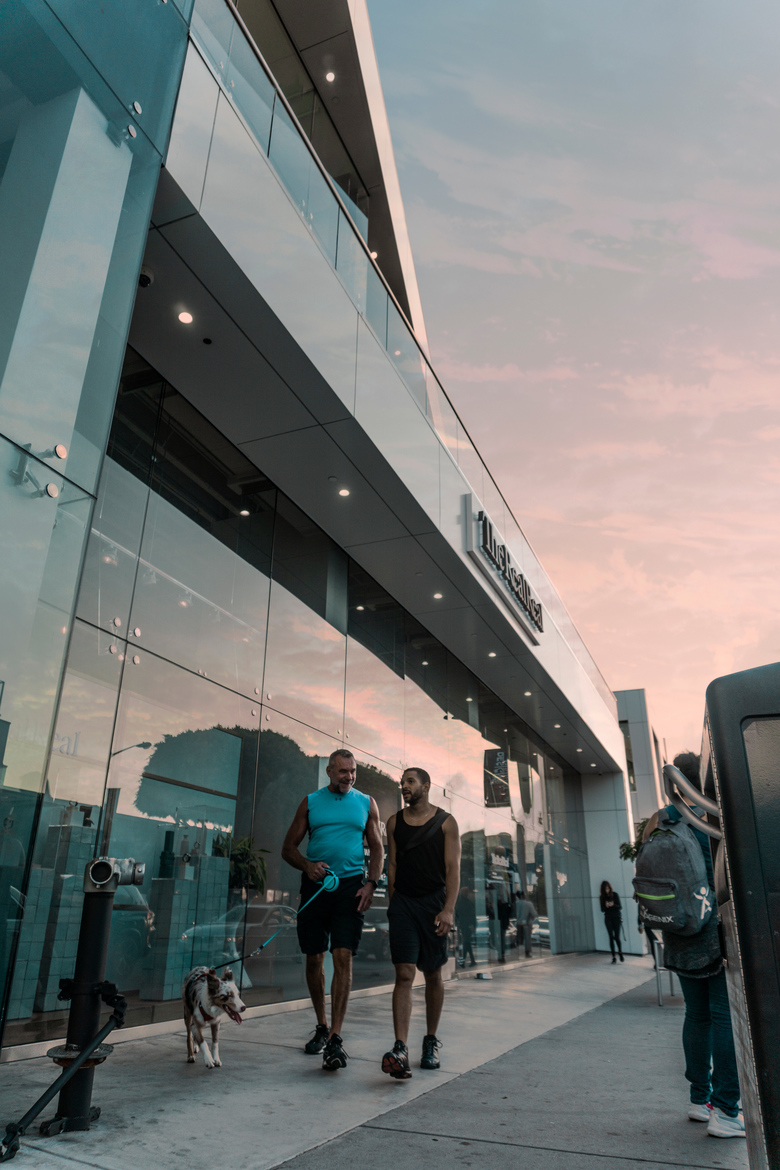 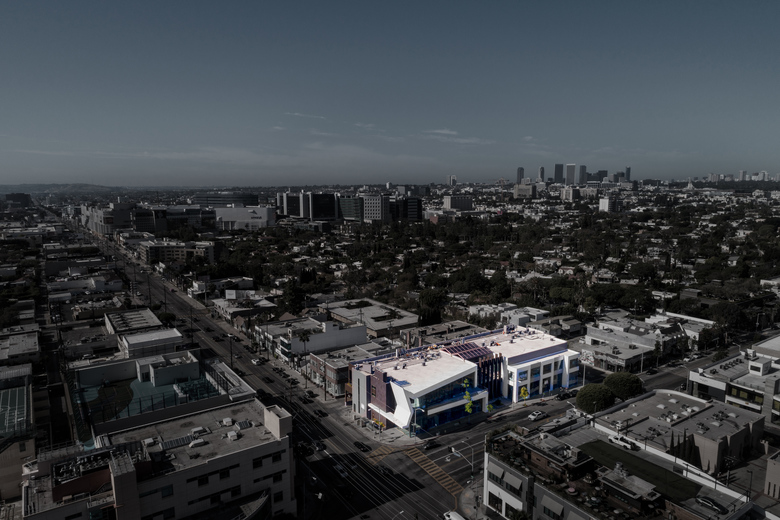 8500 Melrose is a situated at a prominent corner site and serves as a gateway into the city of West Hollywood. The project is a remodel of an existing building. A grand marquee marks the intersection and is an extension of the roofline that extends the building out towards the city.

The existing postmodern building was clad with a heavy granite facade. The owner sought a new design that would attract new life into the building. The result is a reimagined, reconfigured project. The retail spaces were brought forward to meet the street and interior spaces were pulled back away from the street at the second level. The building massing is broken down and made more accessible. A bold new front elevation offers optimum transparency making a strong connection to the city.

The mixed-use building is comprised of retail, commercial and office spaces along with subterranean parking. The new design enhances the visibility / accessibility for each retailer. The reimagined building possesses an iconic presence and (re)establishes a strong connection with the city