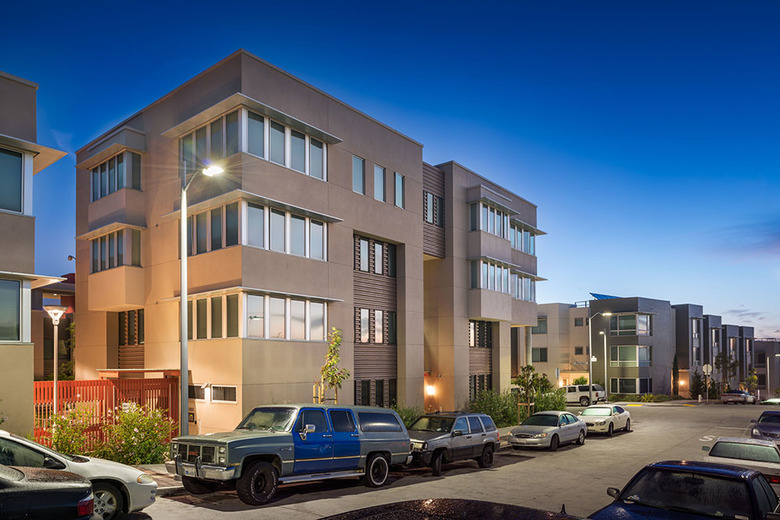 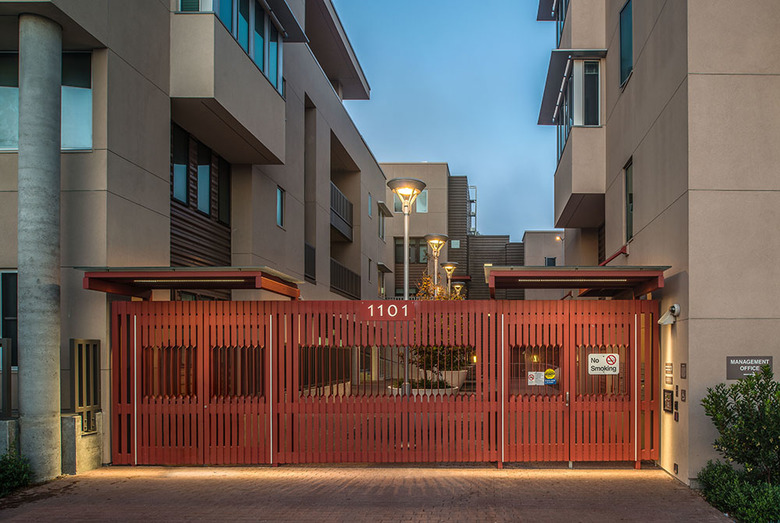 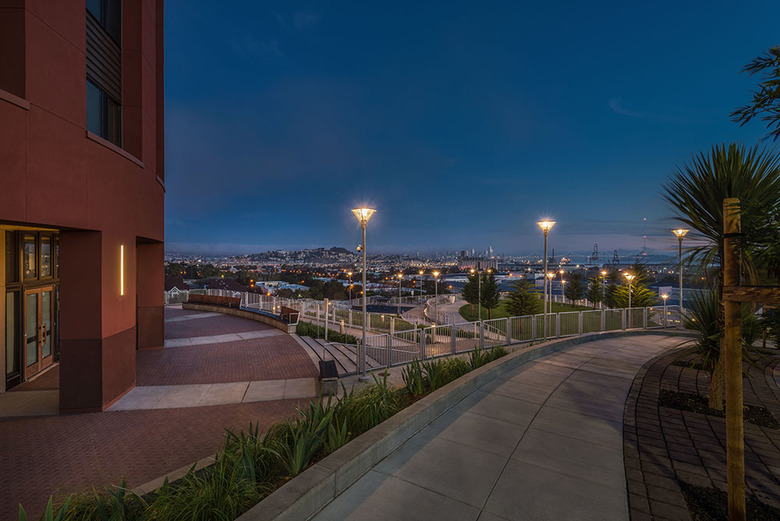 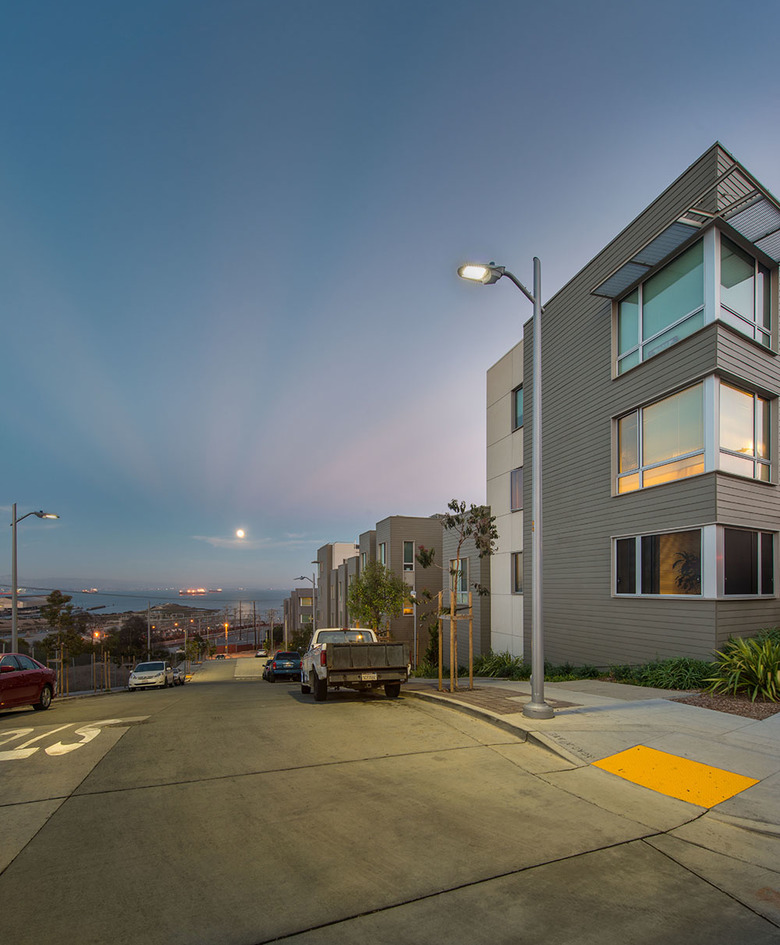 As part of an overall master plan, Hunters View is the first housing complex in the redevelopment of an often-overlooked area of San Francisco.  The buildings, which replace dilapidated housing projects, were scaled to mimic typical San Francisco density.  The development of Hunters View will be completed in phases with phase I consisting of new housing for 700 occupants on Blocks 4, 5 and 6, Promontory Park and a pedestrian path called Cashmere Connection linking existing adjacent housing with the new buildings. Taking the steep topography into consideration, the new development maximizes sweeping views of the Bay.

Sconces were placed at each doorway not only giving residents a sense of ownership but providing each block with its own identity. A final layer of light was applied to the inner courtyards of each block. Here heavily shielded fixtures provide ambient light levels allowing for children to play safely under the watchful eye of their neighbors creating a much-needed sense of security in Hunters View.  Special attention was paid to creating a safe streetscape which resulted in a city variance of providing an average of 1FC. The lower light level creates a comfortable nighttime environment supporting the sense of community after dark.

The project is the first phase of the city’s HOPE SF reconstruction program with the goal of creating a mixed-use and mixed income neighborhood.  The entire master plan is expected to be implemented by 2017.