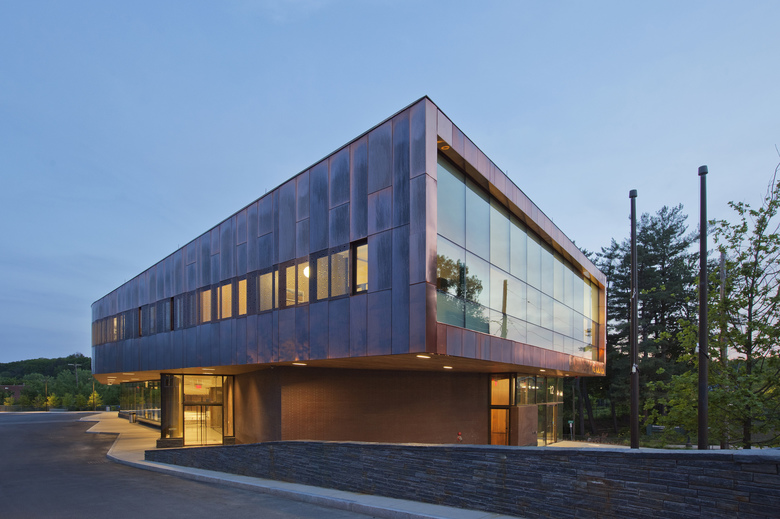 View of copper panels at dusk 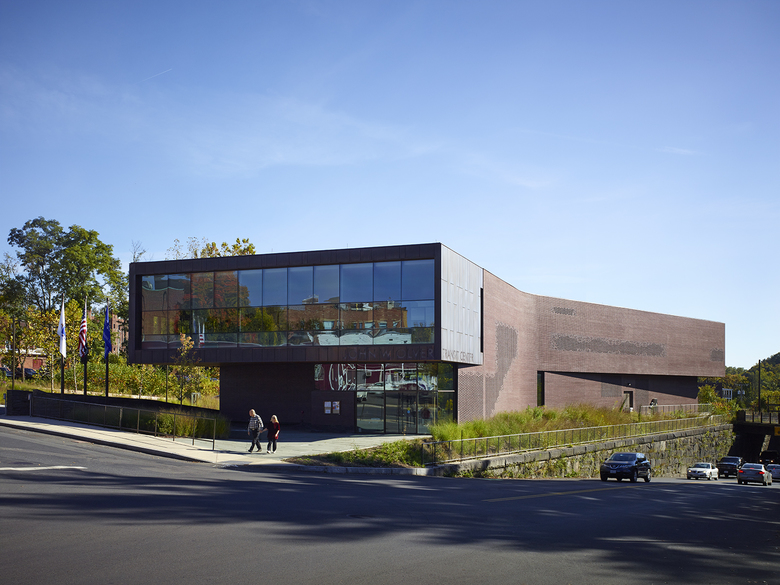 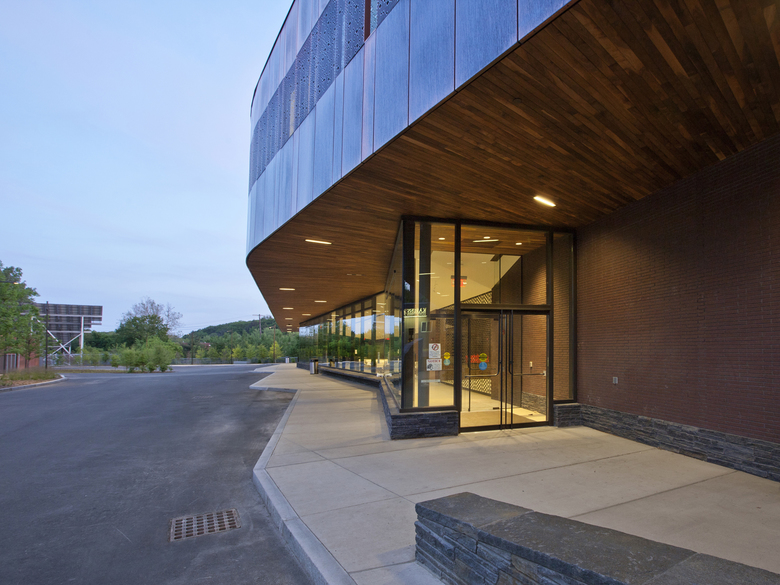 View of photovoltaic panels in background 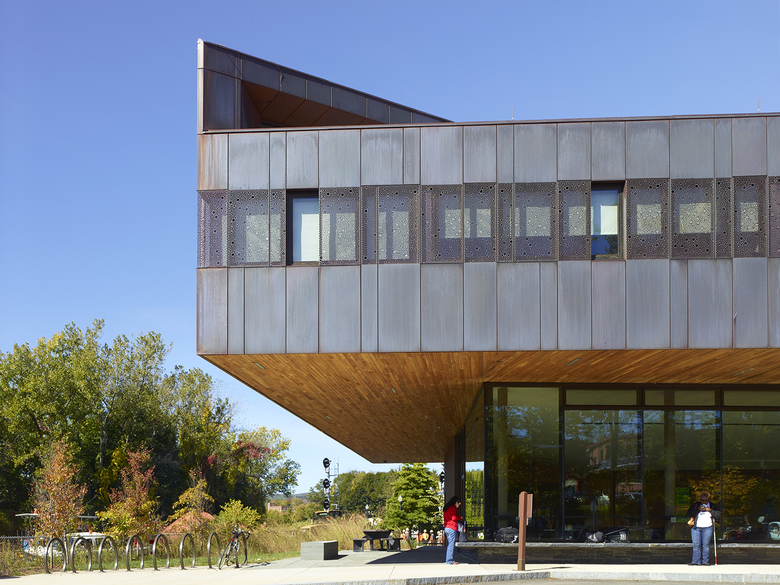 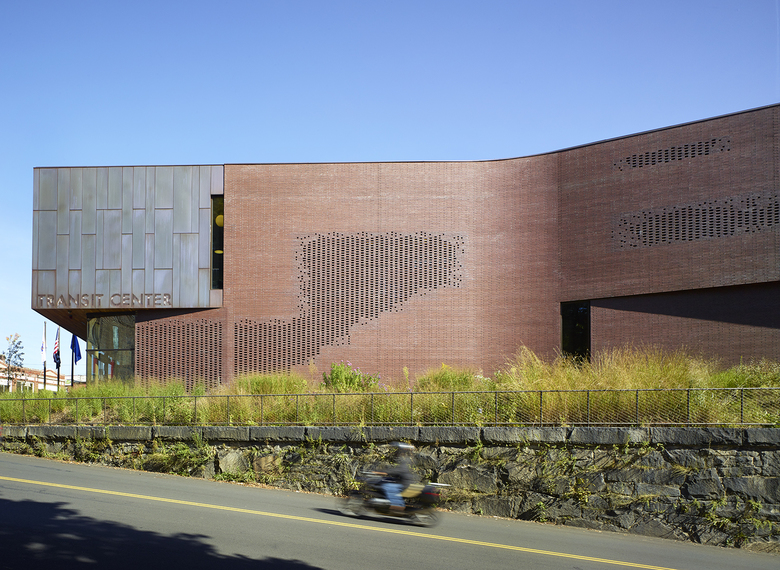 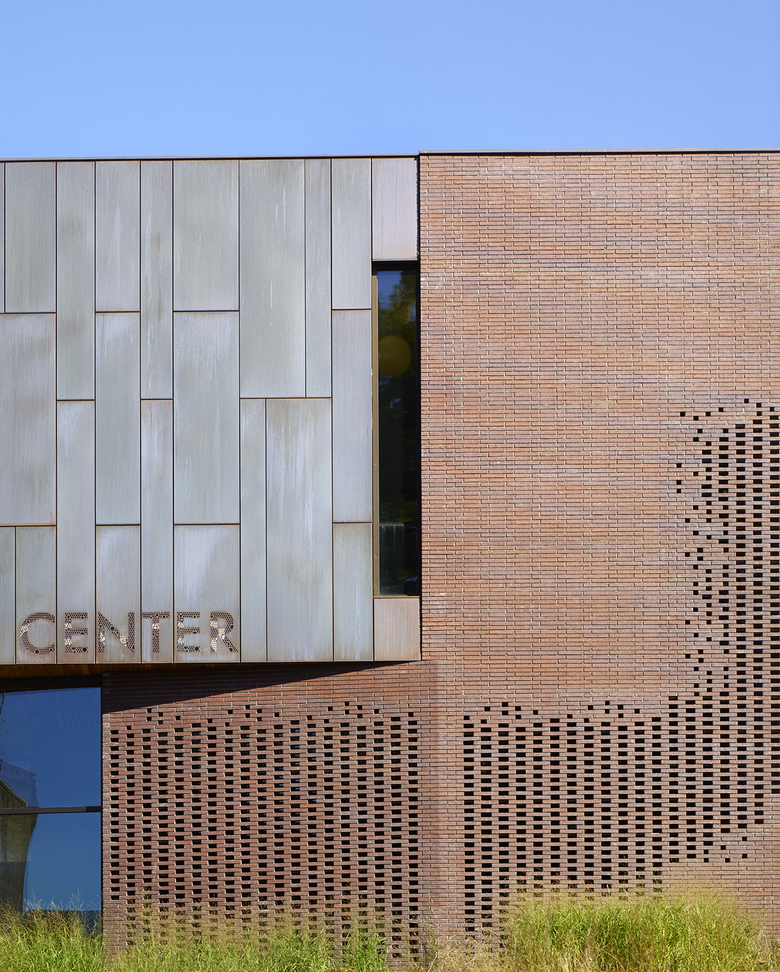 The John W. Olver Transit Center is designed to generate through renewable sources all the energy that it uses, meaning its net-energy consumption over the course of a year will be zero. At its core, the building contains a number of seemingly contradictory impulses. Charles Rose Architects was mindful of citizens’ desires for a building that linked to Greenfield’s history and was a highly innovative carbon-neutral building, which our ARRA stimulus funding allowed us to do. The materials we chose for the exterior—brick, copper and locally sourced stone—are a respectful nod to the downtown business district and its stately dark-brick buildings. Yet the transit center represents a radical departure from those energy-guzzling structures, anticipating the future and former President Obama’s executive order requiring that all new federal buildings achieve net-zero by 2030. The dark brick cladding the western side may pay homage to Greenfield’s past, but its main purpose is green: a high-tech strategy in managing the building’s exposure to afternoon sun. In parts, the brick dissolves and the façade becomes a kind of screen; these patterns are computer-generated and control the amount of heat entering the building’s interior in summer and winter. And while brick and stone imbue the center with a rooted-in-place quality, the building’s form conveys a sense of fluidity—a visual cue of the building’s purpose. Our design bends the building toward the northern end, which gives the center a sense of motion or perhaps a current running through the structure. If successful, it will generate currents of change: local officials are looking to the transit center to spark downtown revitalization and sustainable development.