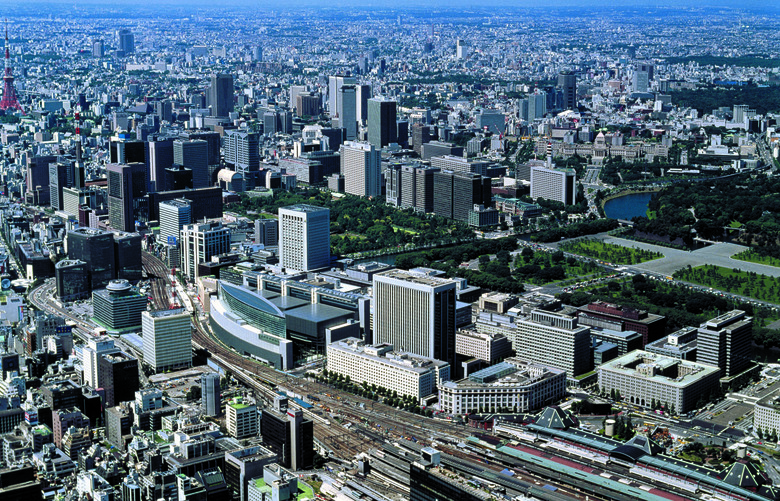 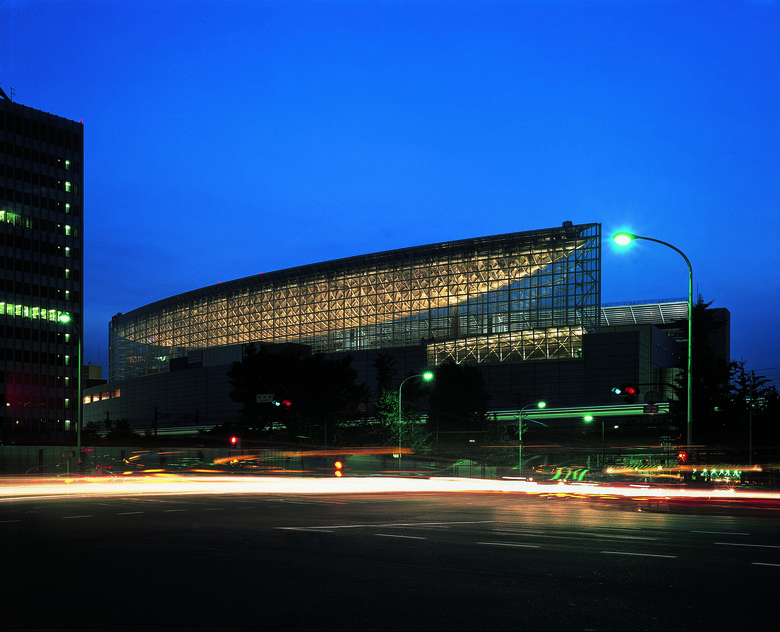 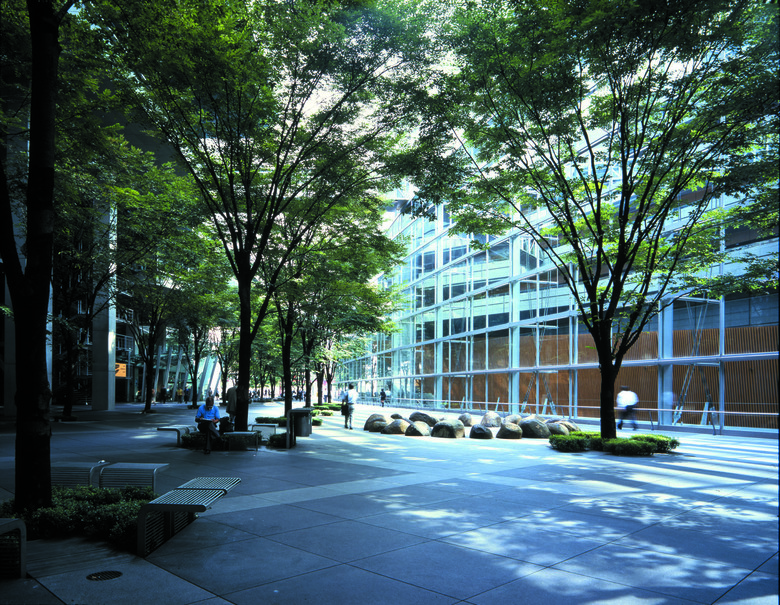 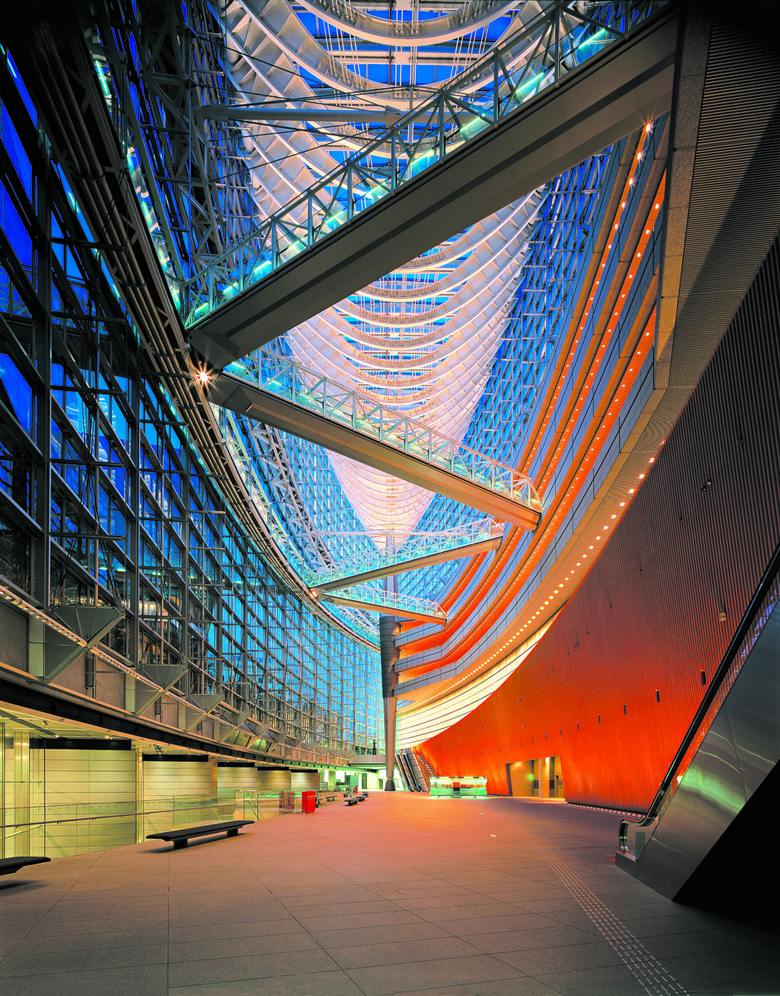 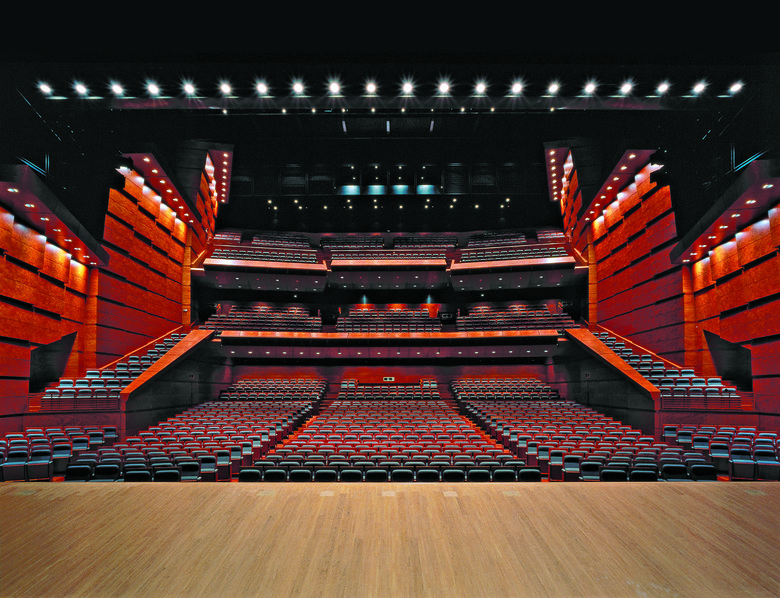 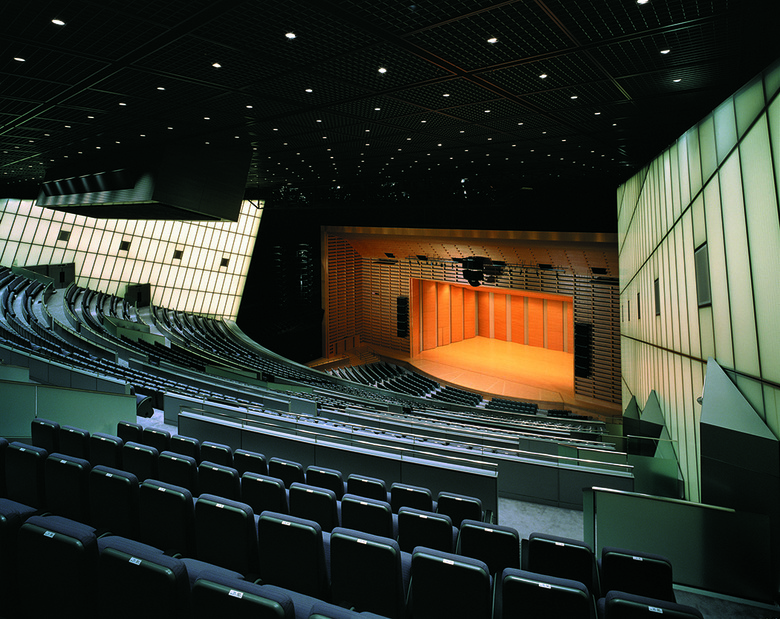 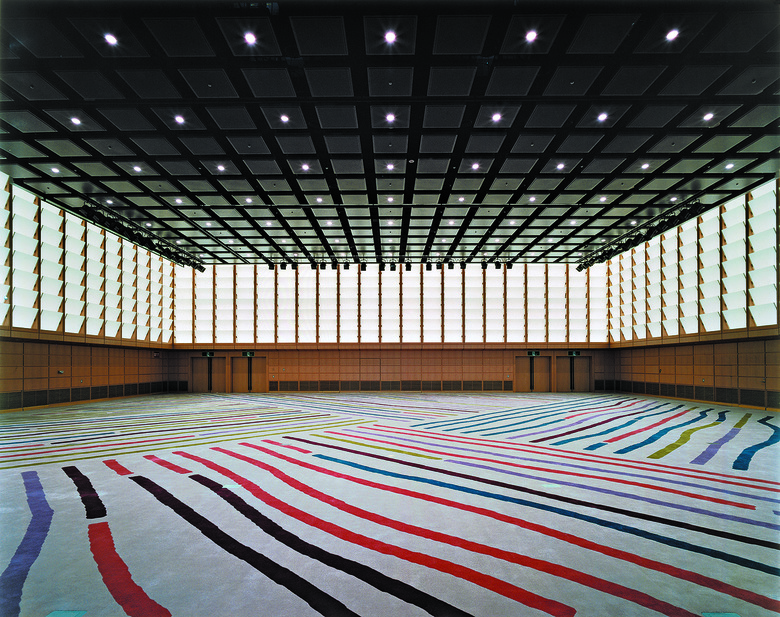 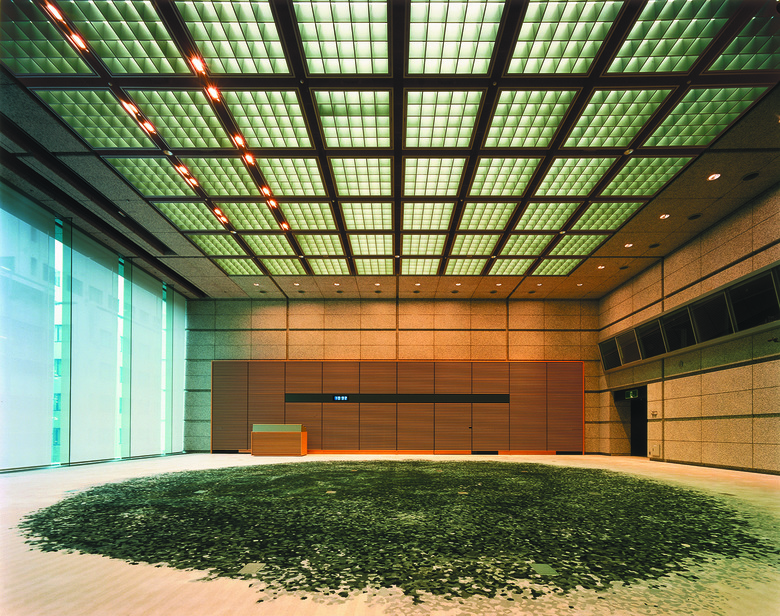 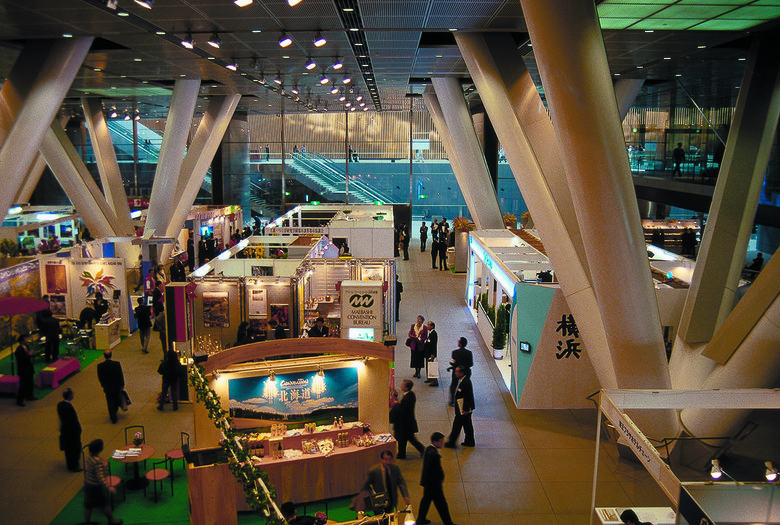 In 1989, the Tokyo Metropolitan Government organized an anonymous international competition to design a major new civic complex that would become the focus of cultural and commercial life in the capital.  The site, which was formerly occupied by City Hall, is in Tokyo’s most important business area, bordering on the Ginza commercial and entertainment district.  One hundred meters to the west, past a regular grid of city blocks that were planned after World War Two, are the outer gardens of the Imperial Palace and to the east, the curve of the famous Bullet Train railroad viaduct.  These divergent conditions delimit the irregularly shaped site.  At 6.7 hectares in area the site is tight only because of the vast program that was meant to fit within it.

The municipal government called for the design of varied and specialized facilities to accommodate conferences, assemblies, exhibitions, and trade shows; for five theaters to accommodate a variety of cultural, commercial, and popular events including drama, music, dance, and film; and for an information center for the citizens of Tokyo and international visitors.  The Forum was also to establish links with two of Tokyo’s busiest train stations.  Yura kucho Station on the northern boundary of the site is the most important metropolitan Underground Railroad station in the city and Tokyo Central Station, just two blocks to the south, is the city’s principal regional and national link.  The competition brief made it very clear that all entries would also be judged on how well the design dealt with and rationalized the lines of pedestrian movement associated with these transportation hubs.

A distinguished international jury unanimously selected the Rafael Viñoly Architects submission from among 395 entries from over 50 countries.

The main public room and primary origin of all the circulation of the complex is the 225-meter-long and 60-meter-high Glass Hall whose lens-shaped plan mirrors the curve of the site’s eastern edge.  The roof of this giant atrium is supported by an innovative truss system of arched beams in compression and elements in tension creating a monumental trellis that filters light into the space while also announcing the presence of the building in the city skyline.

Over 25,000 square meters of glass is required to glaze the Glass Hall’s volume.  The exceptional transparency of these walls is achieved by eliminating the perimeter columns that ordinarily would have carried the weight of the walls and the roof.  This is accomplished by transferring the 25,000-ton weight of the roof structure onto just two columns that stand 185-meters apart but can still maintain a complex geometry that features bases and capitals that are just over 1 meter in diameter.  The glass walls of the atrium support themselves with a very light steel compression system that is barely larger than the mullions needed to mount the 9-square-meter glass panes.  An additional system of pretensioned cables attaches to this light steel structure to counteract the vertical deflection caused by wind loading on the walls’ vast surface area.  Horizontal deflection by these same forces is held in check by the shape of the roof at the top of the volume and by bridges that act as beams in the middle of the volume.

All together, the structural system of the Glass Hall is extremely light and flexible considering the extreme seismic forces that it was designed to withstand.

Known as Halls A, B, C, and D respectively are A 5,000-seat theater, 3,000-seat flexible space, 1,500-seat music hall, and 600-seat black box theater line the west edge of the site.  Treated as independent buildings, these four roughly cubic volumes are arranged in order of size, with the largest at the site’s northern boundary and the smallest at the south.  Their lobbies are conceived as trays that are slung underneath each hall.  These glass-enclosed spaces provide continuous views of the Glass Hall and the landscaped plaza that runs the length of the site between the theaters and the Glass Hall.

The plaza’s key location makes it a major pedestrian pathway.  Over the course of a year millions of people walk through it and encounter shops, restaurants, a library/mediatech, public art, and art galleries.  Beneath the plaza, a large concourse contains a food court, shops and continuing education facilities.  It is a key circulation artery for the complex that connects it to the regional and local rail networks, provides access to the lobbies of each of the Halls, overlooks the Main Exhibition Hall and becomes the main floor of the Glass Hall.

The Forum has become a major landmark and destination in and of itself within the city of Tokyo.

Kimmel Center for the Performing Arts