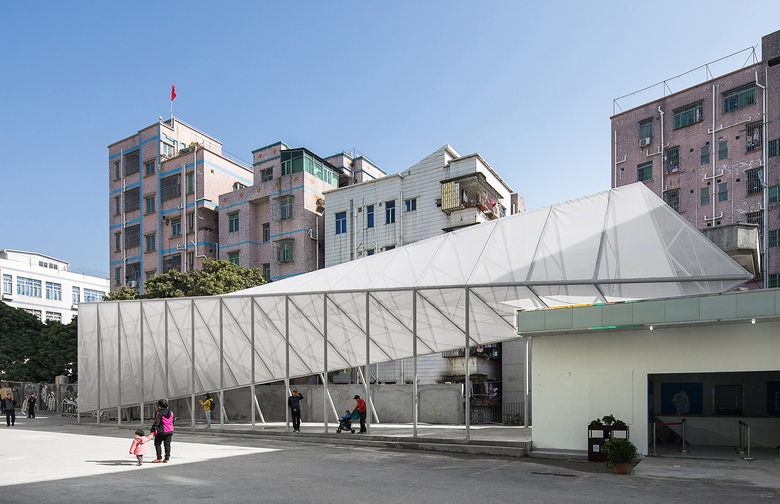 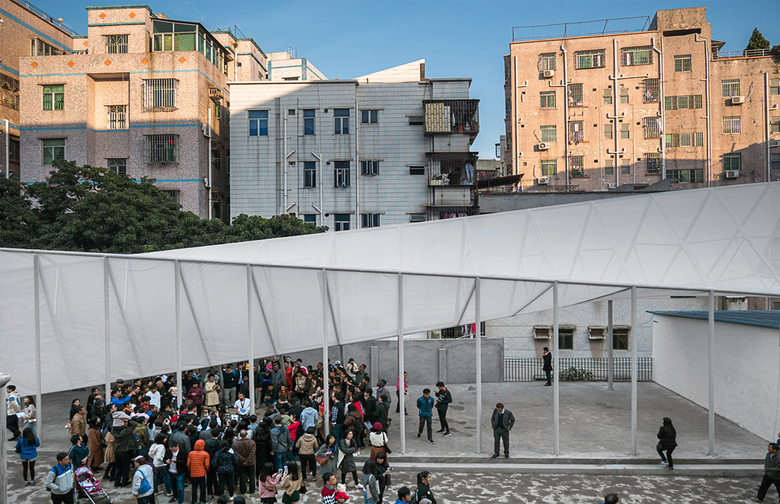 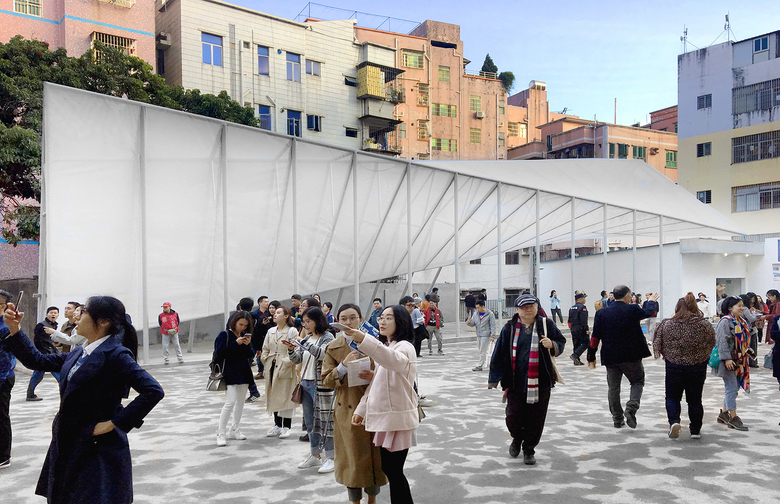 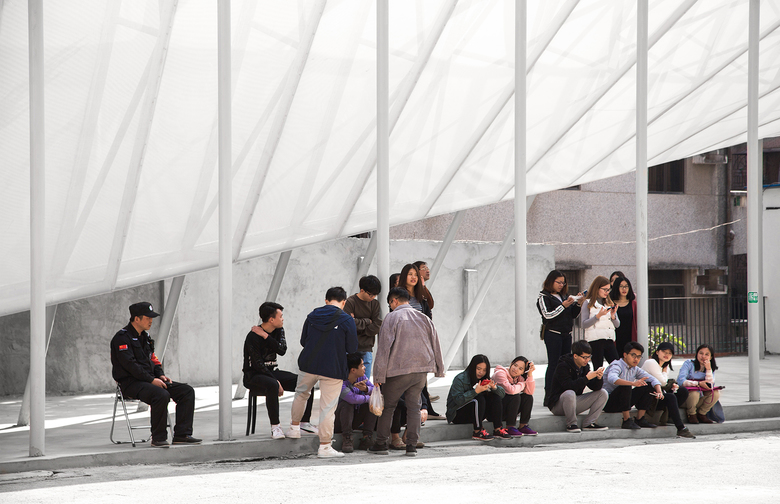 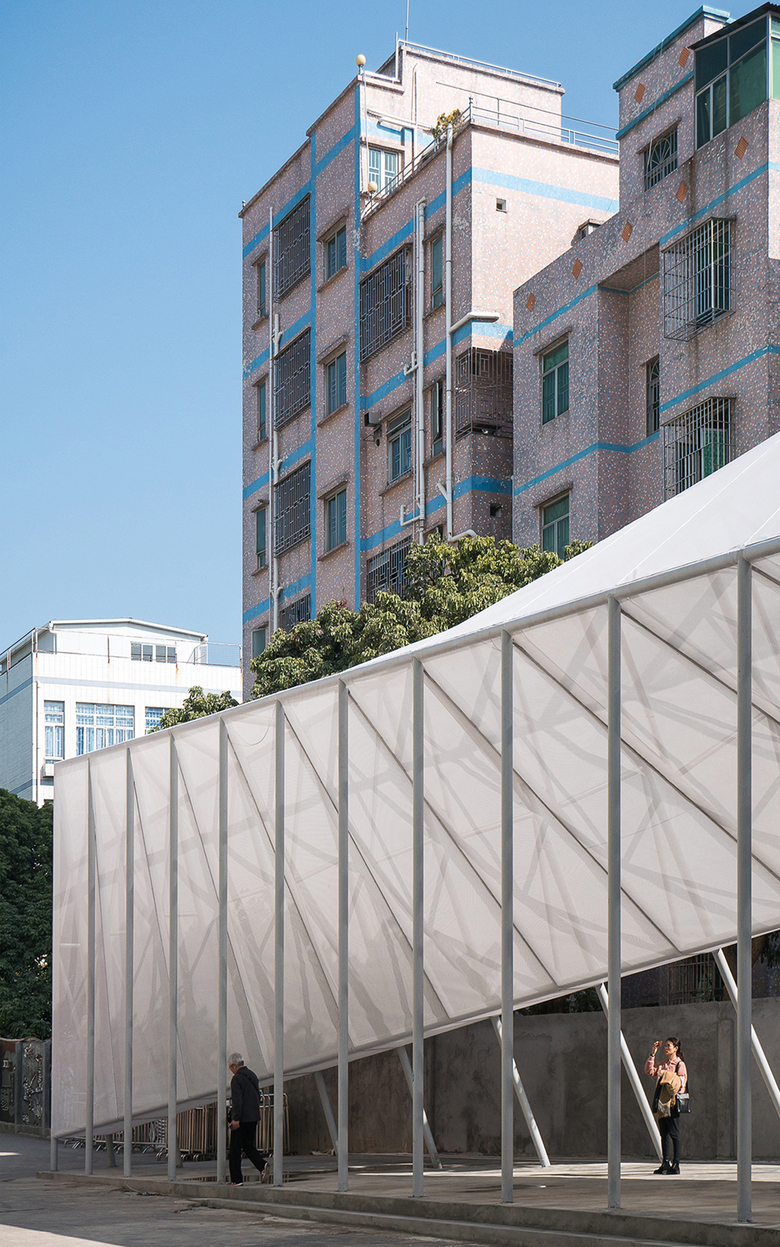 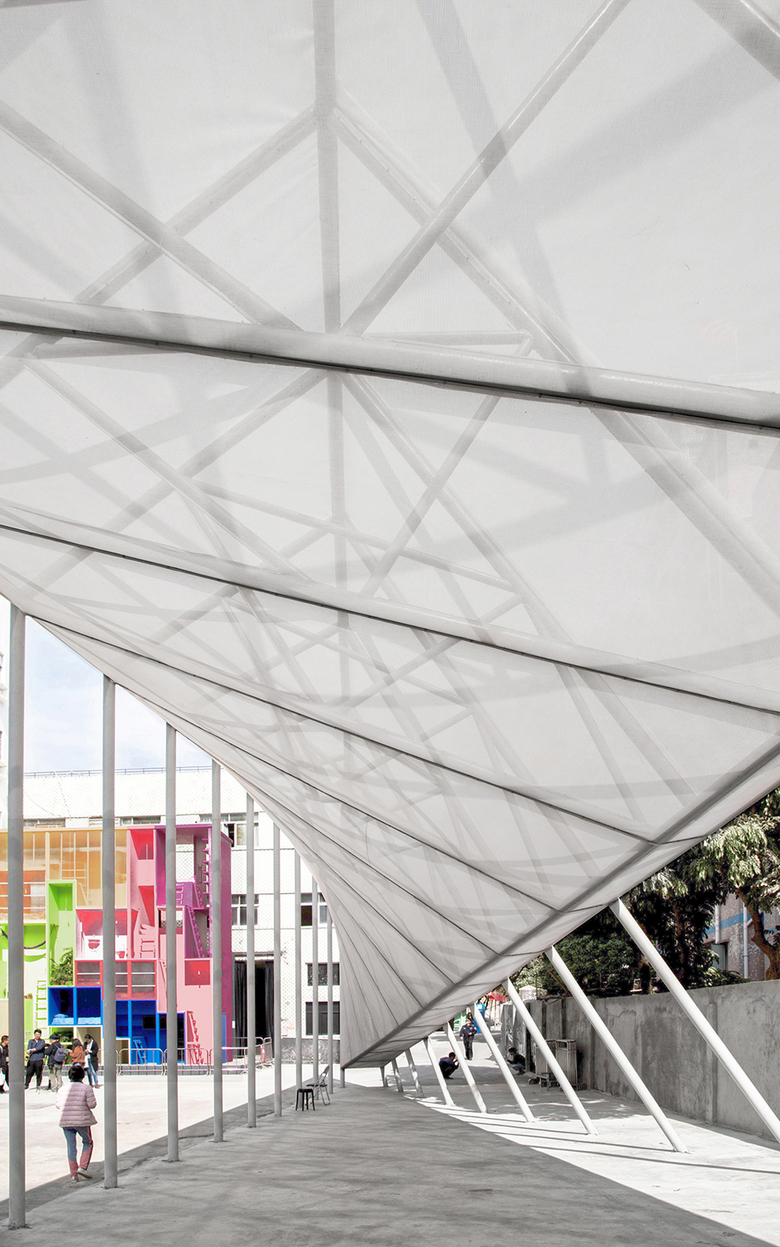 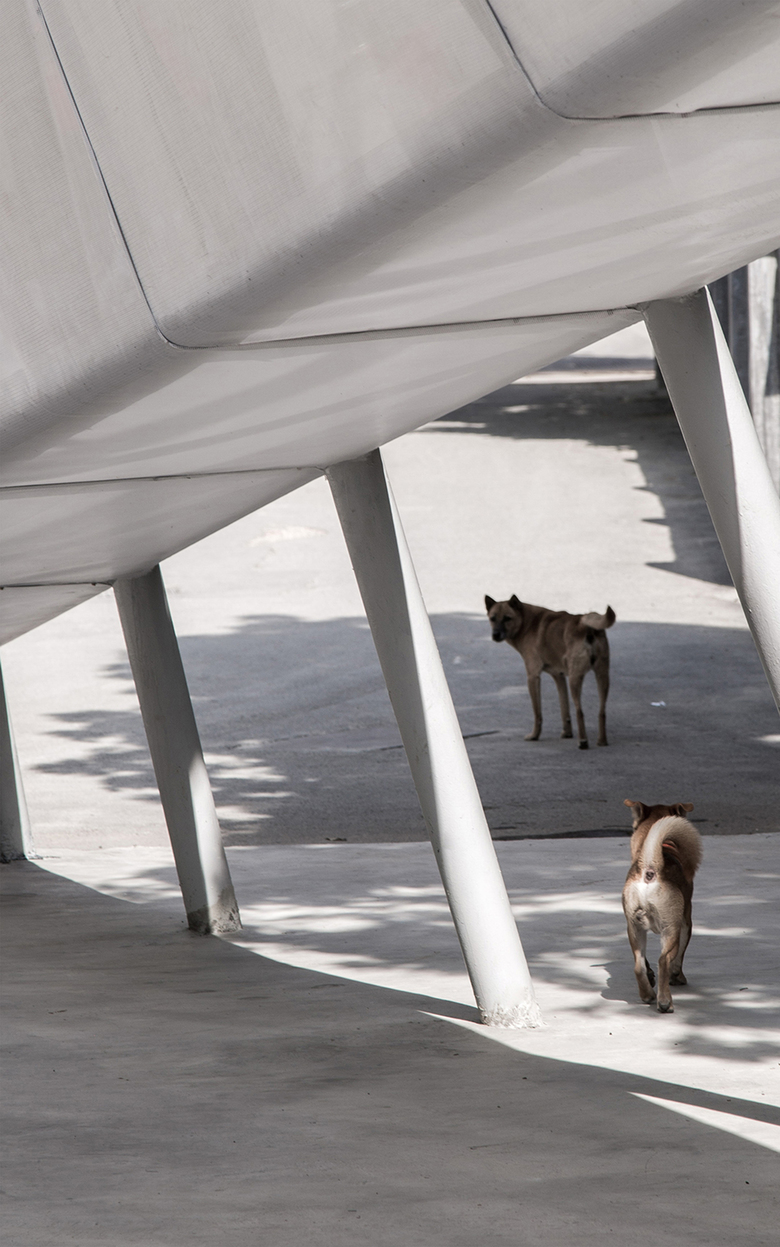 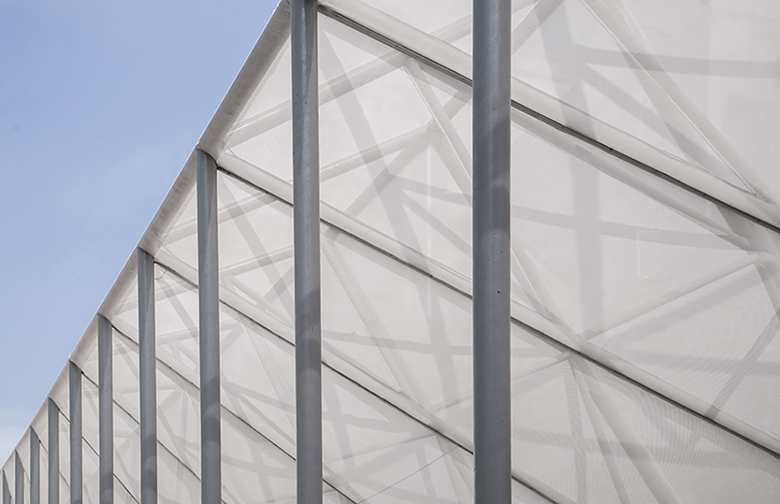 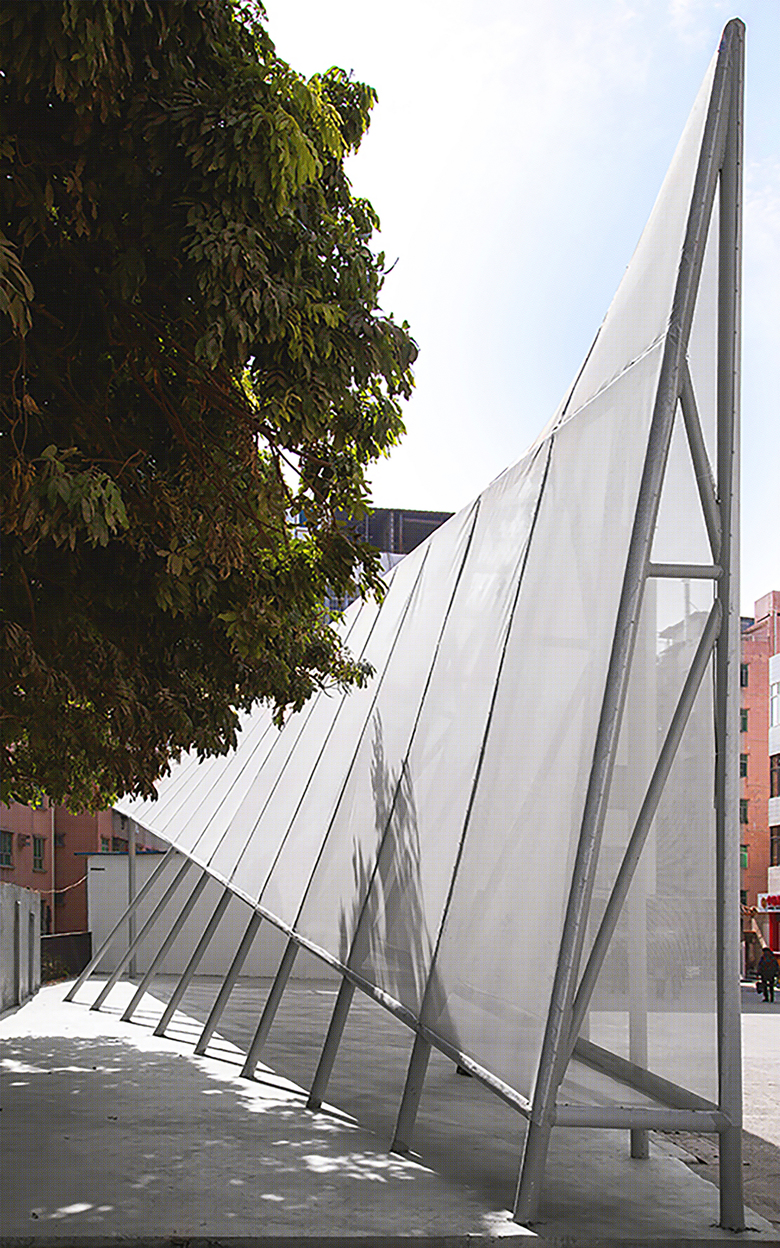 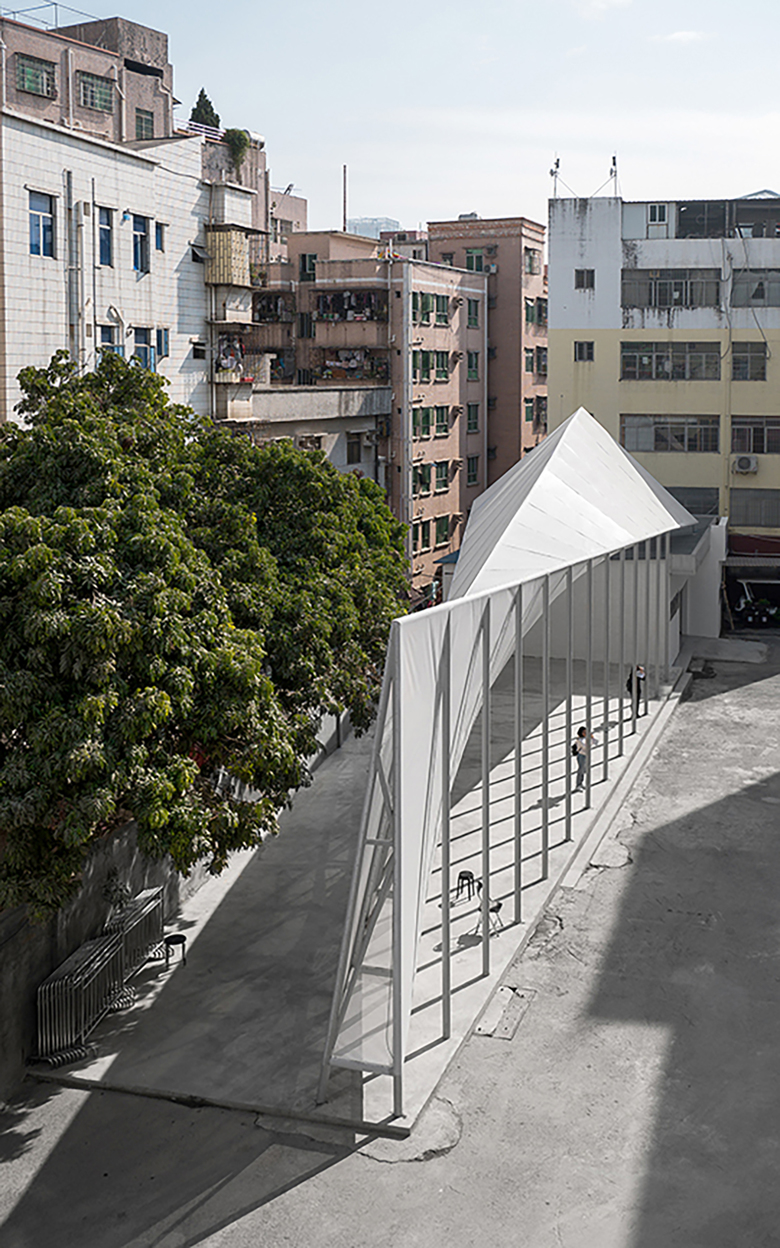 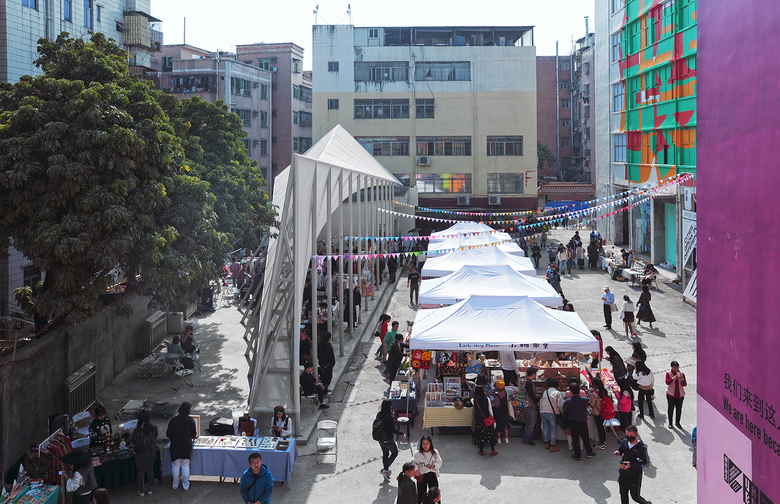 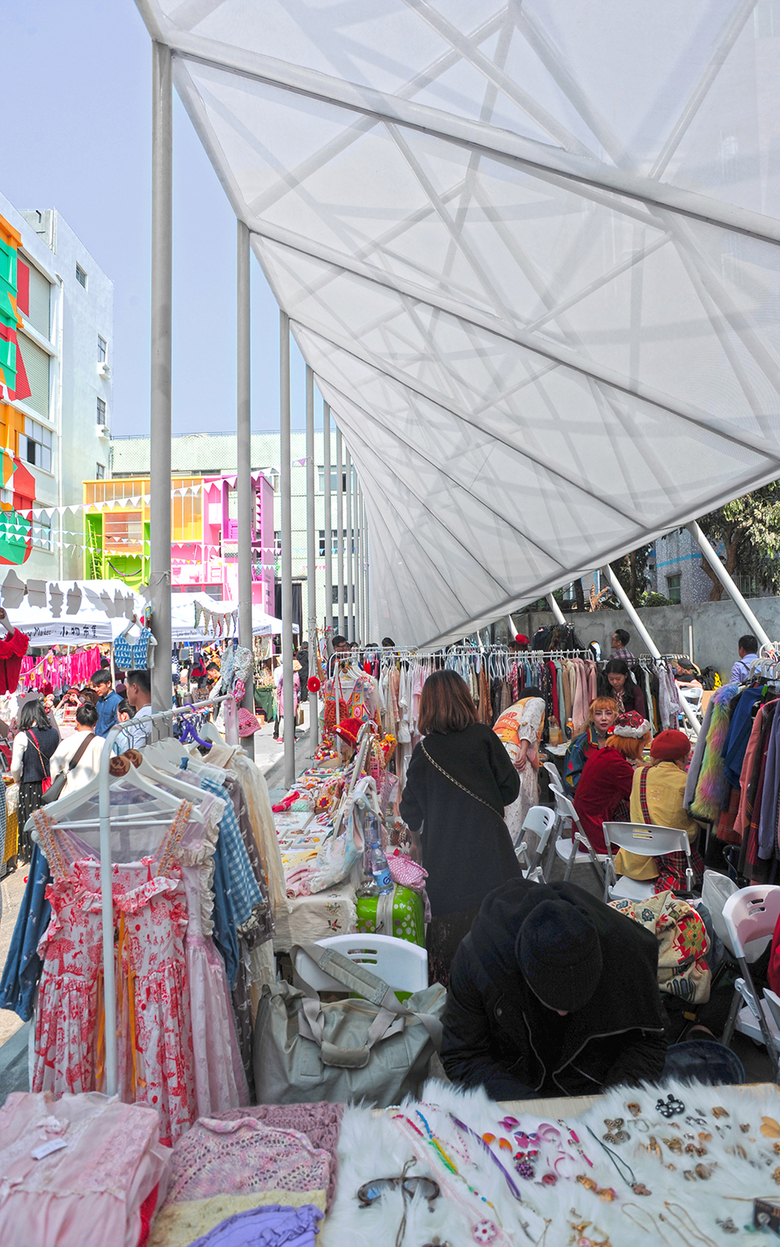 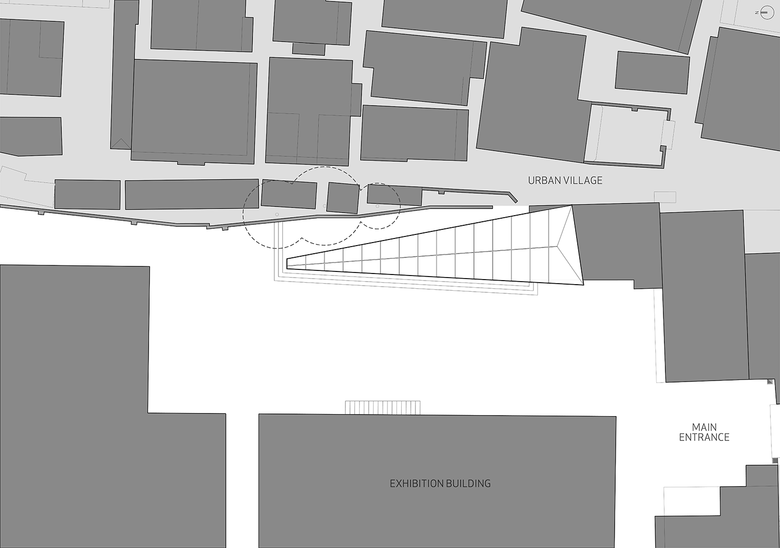 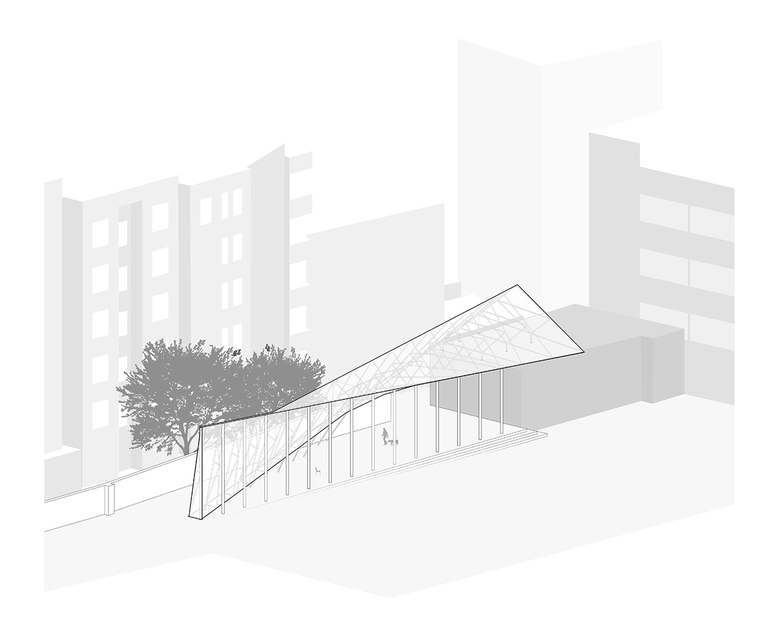 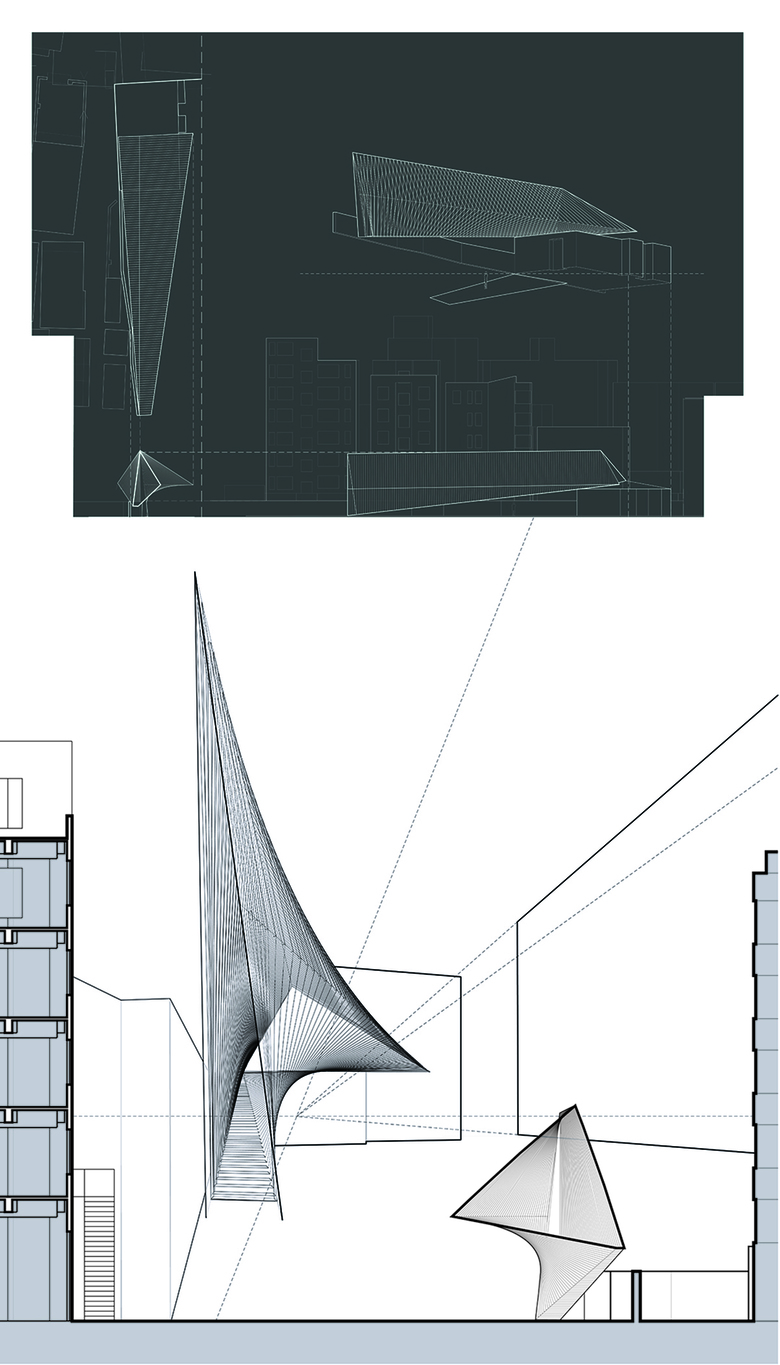 The Urban Villages of Shenzhen comprise of a series of historic cores whose presence today is precarious at best. Surrounded by the rapid expansion of the contemporary city, the dense urban fabric of these communities serves as a reminder of a past that is not so distant as it is fundamentally out of scale with the emerging forces of real estate.

The advent of the ‘biennale’ as a cultural event is maybe a good vehicle to draw light onto these vulnerable communities, but the curatorial constraints require economies that do not afford permanence. Despite this, or maybe precisely because of it, we imagined an installation on the main plaza that, that however vulnerable, is designed to become part of the urban fabric, to serve as a civic structure, and to become conversant with the community it serves for a longer time to come; in tandem, the challenge of the structure is to develop a resilient strategy that has the raw finish of infrastructure, the constraints of economy and the flexibility to imagine many activities, programs and events.

The site of the plaza produces an urban edge along the village wall that is ripe for programmatic activation. As a structure that adopts the wall as datum, we proposed a linear organization, broadly informed by typologies whose figural demeanor have the power to activate an edge condition of some length: a stoa, arcade, colonnade, loggia. With each bay composed of a customized section, the structure was originally conceived as scaffolding, but the local material and labor economies dictated a last-minute change-order to adopt standard tube steel extrusions—which ironically was the key mechanism to enable a strategy of permanence.

The structure is clothed in a perforated skin, whose figure is torqued in relation to the very skeleton that gives shape to its body. Meeting the ground on the northern end as a support, the volume of the figure reduces in girth at every bay, eventually compacting itself to a thin canopy towards the south which is supported by an existing building. Not reducible to typological description, the piece oscillates in shape, function, and in urban position, allowing its hybrid behavior. At once compositionally legible through the regimented syncopation of its structure as an urban colonnade, and at the same time the shrink-wrapping of its structure is legible as a colossal figure in the urban landscape, something that gives monumental presence to an urban void. The new structure gives a face to the urban room—a space that has for decades served as a residue for parking and detritus—and for the first time in history, also offers protection from the dynamic environment, a place of respite and leisure for the very community it serves, and a figure that occupies the collective imagination.