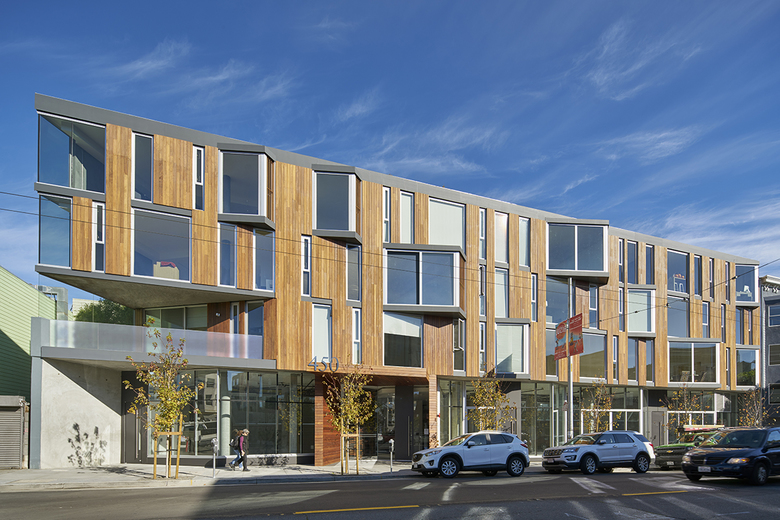 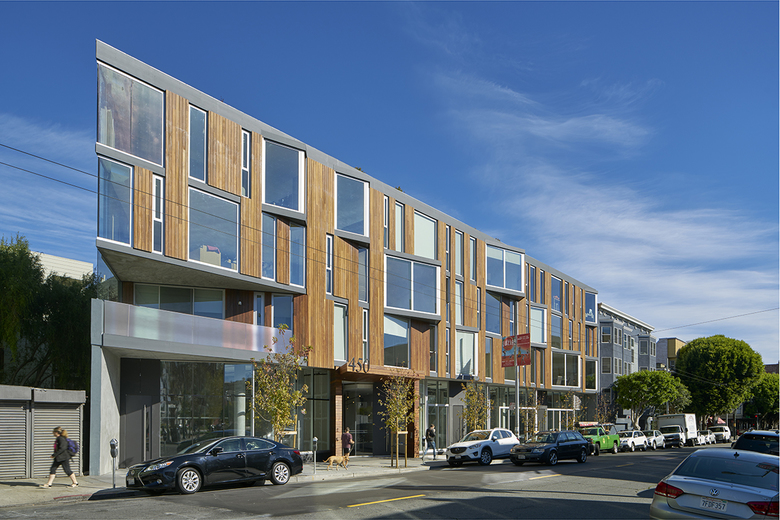 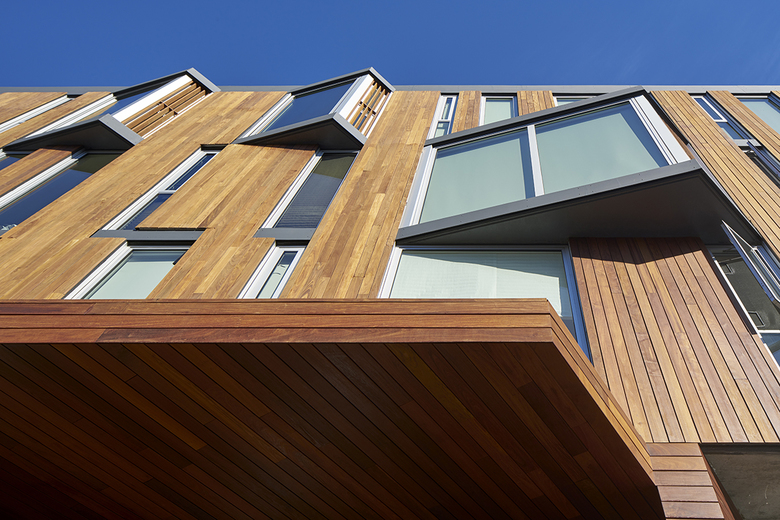 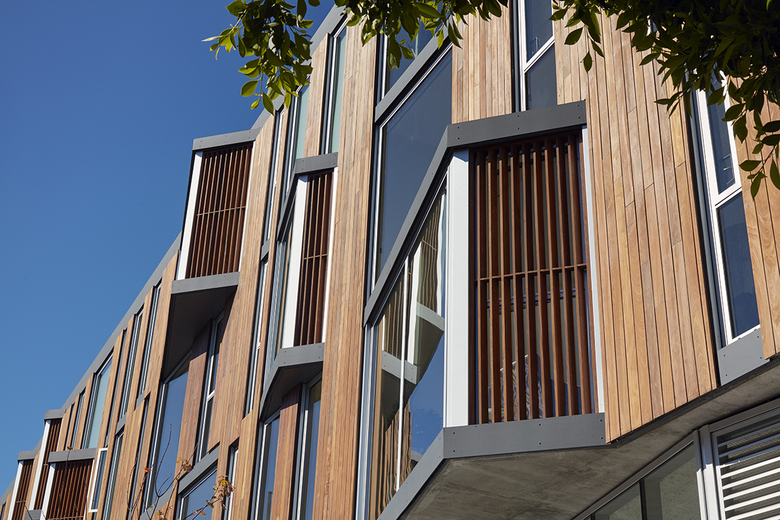 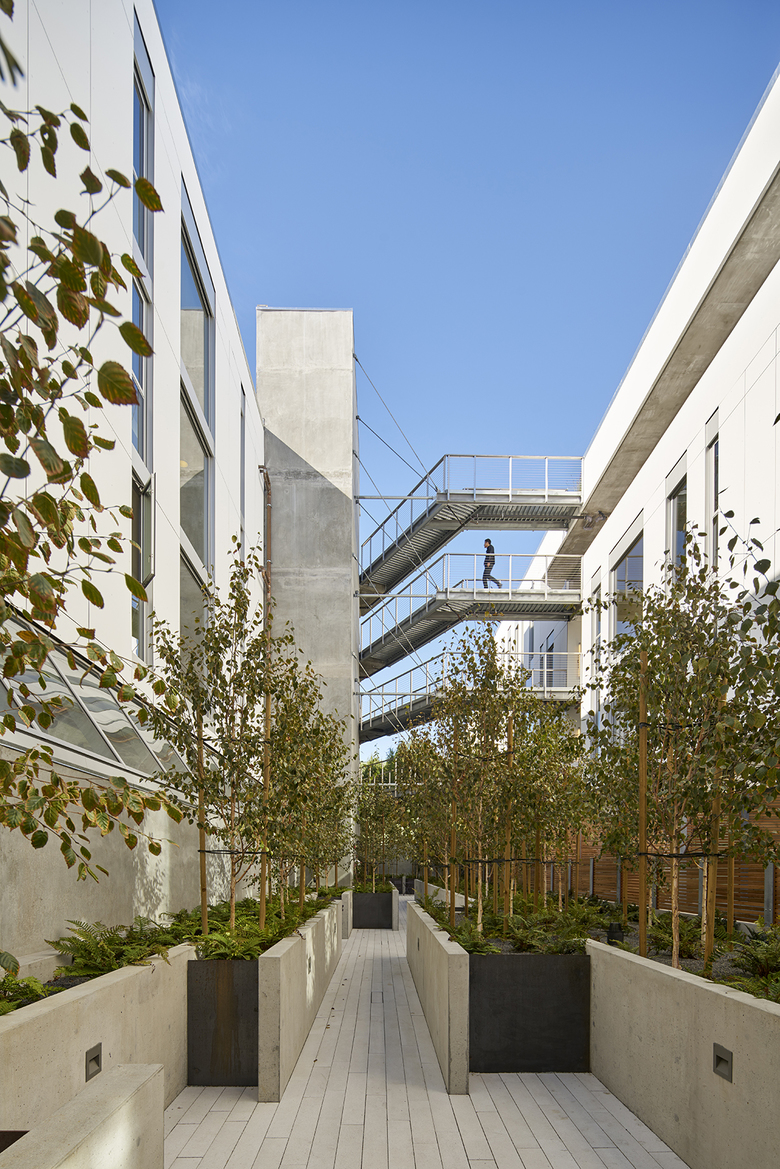 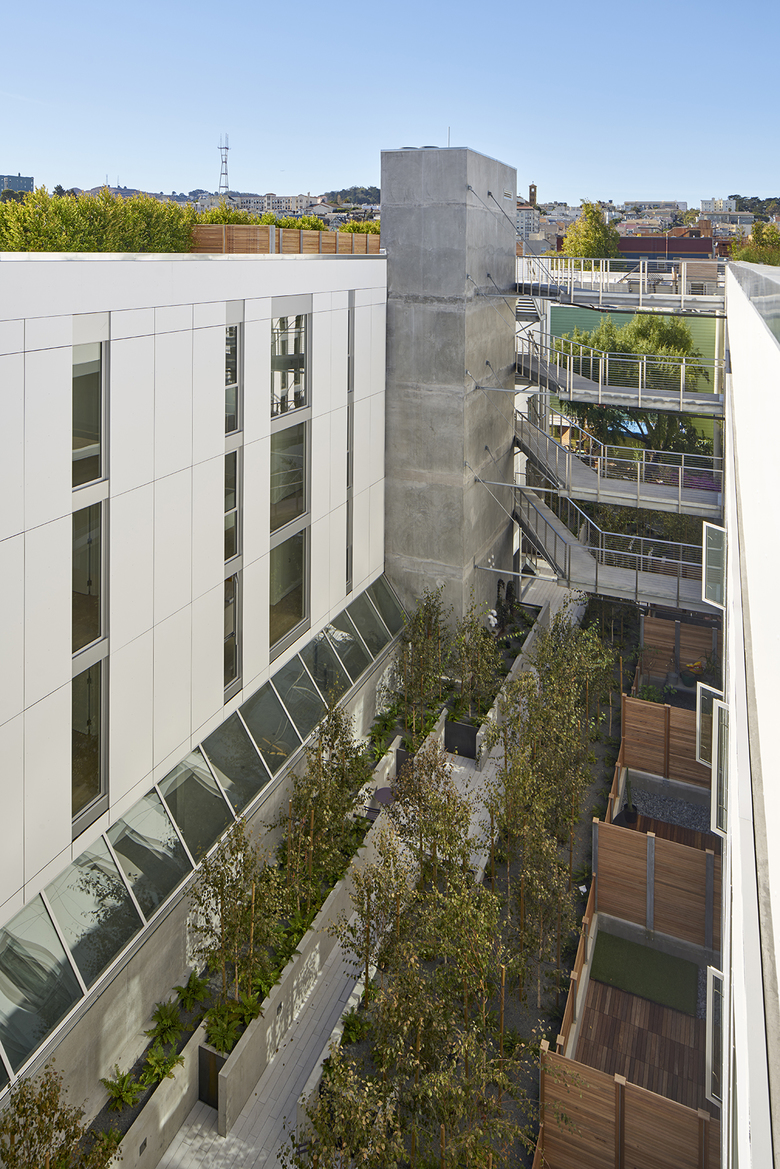 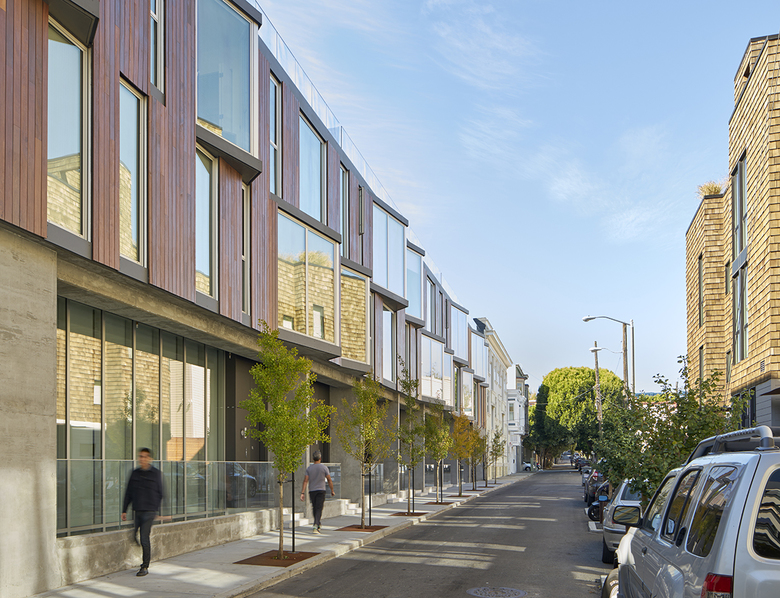 450 Hayes is a new low-rise residential building located in the heart of the vibrant Hayes Valley neighborhood in San Francisco. The irregularly shaped building site was a result of the construction, and subsequent demolition, of the Central Freeway which previously cut through the area. The resultant project is actually two buildings, connected by an internal courtyard that runs the east-west width of the site with bridges connecting the two structures. The north-facing building fronts Ivy Street, while the south facing one fronts Hayes Street. There are 41 residential units in total, with ground floor retail on Hayes Street.

Both buildings are defined by a pattern of wood panels, made from a Brazilian Hardwood called Ipe, that create a kinetic rhythm along the street. Scattered bay windows angled down Hayes Street provide panoramic views of Patricia's Green, an urban park with rotating art exhibits. A birch grove in the project's interior courtyard creates a shady retreat for the building's residents, and loft homes on Ivy Street offer unique sunken living spaces with soaring ceilings and private gardens.