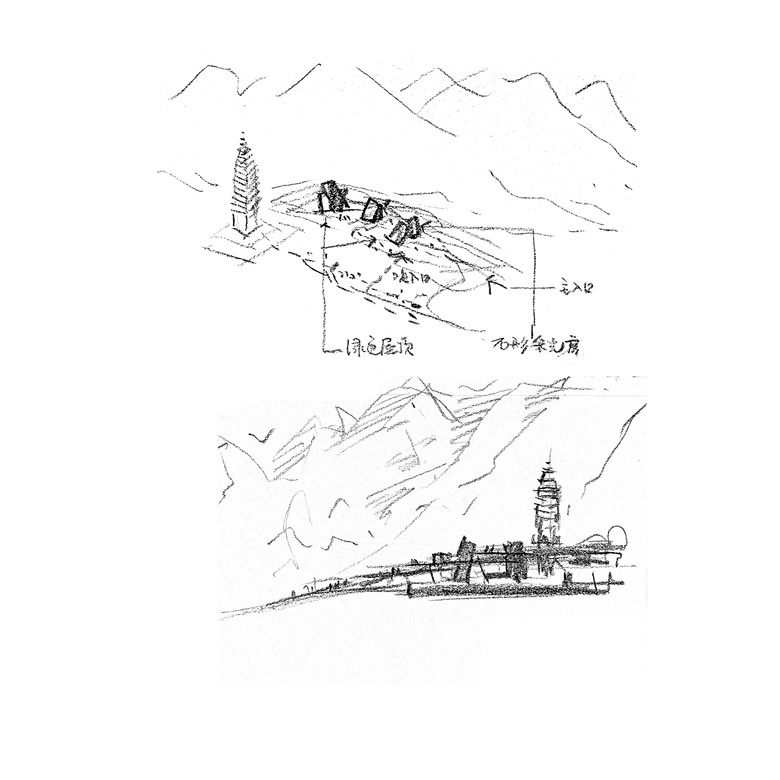 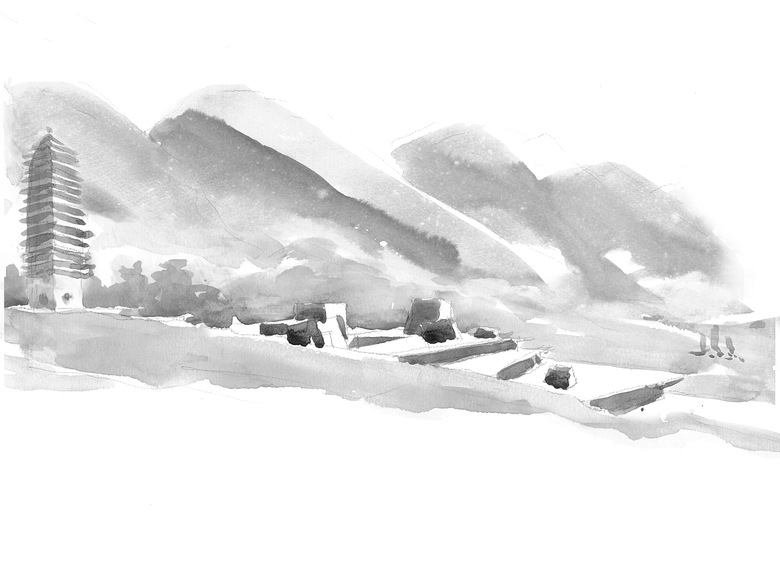 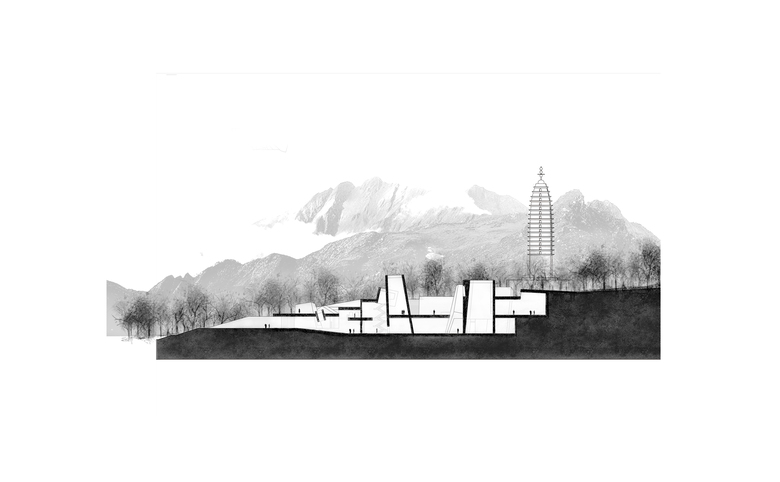 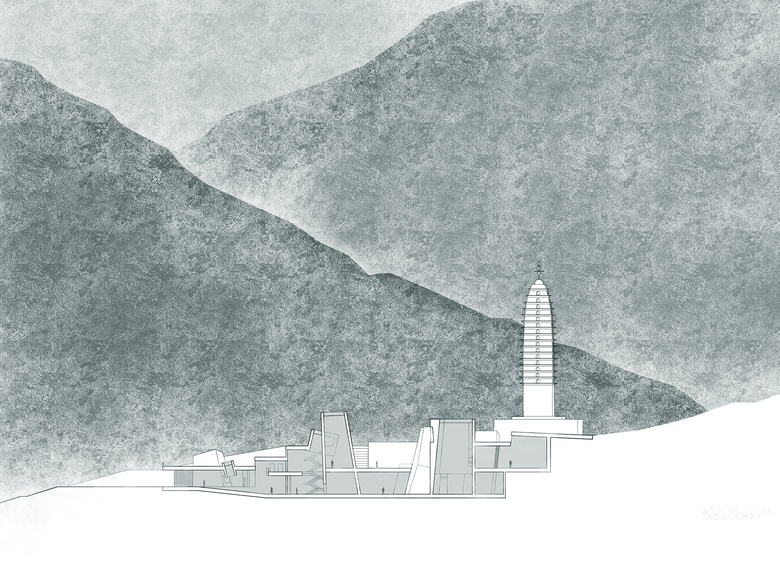 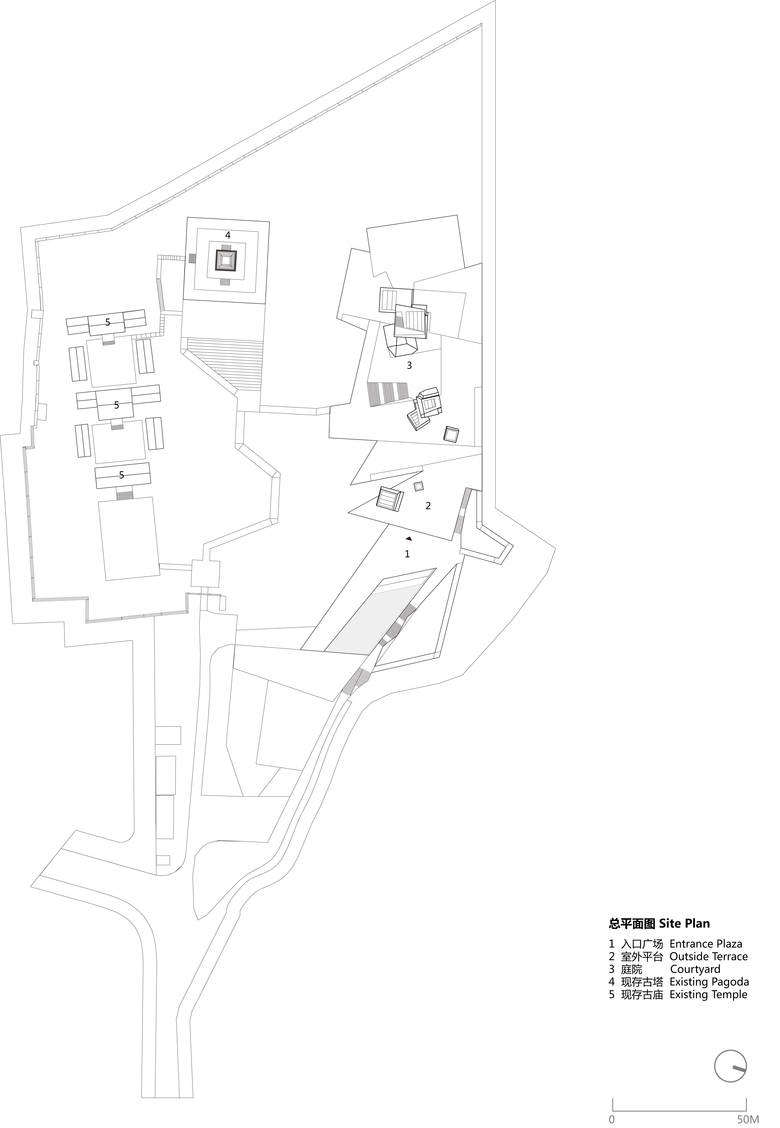 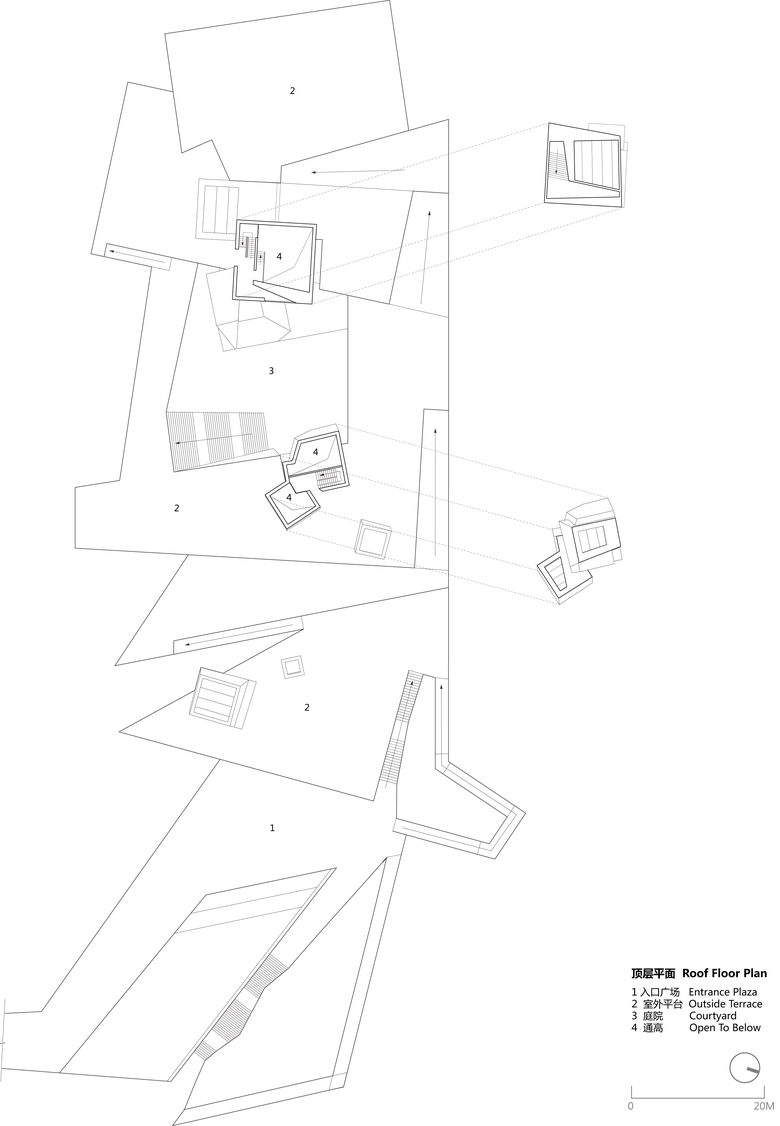 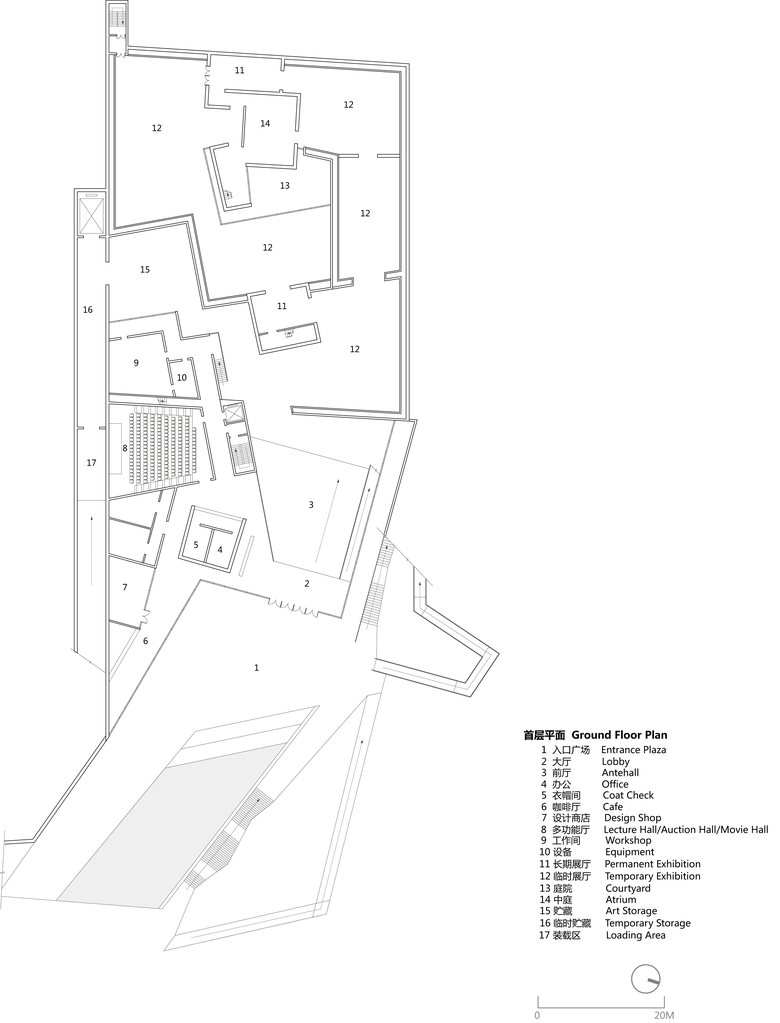 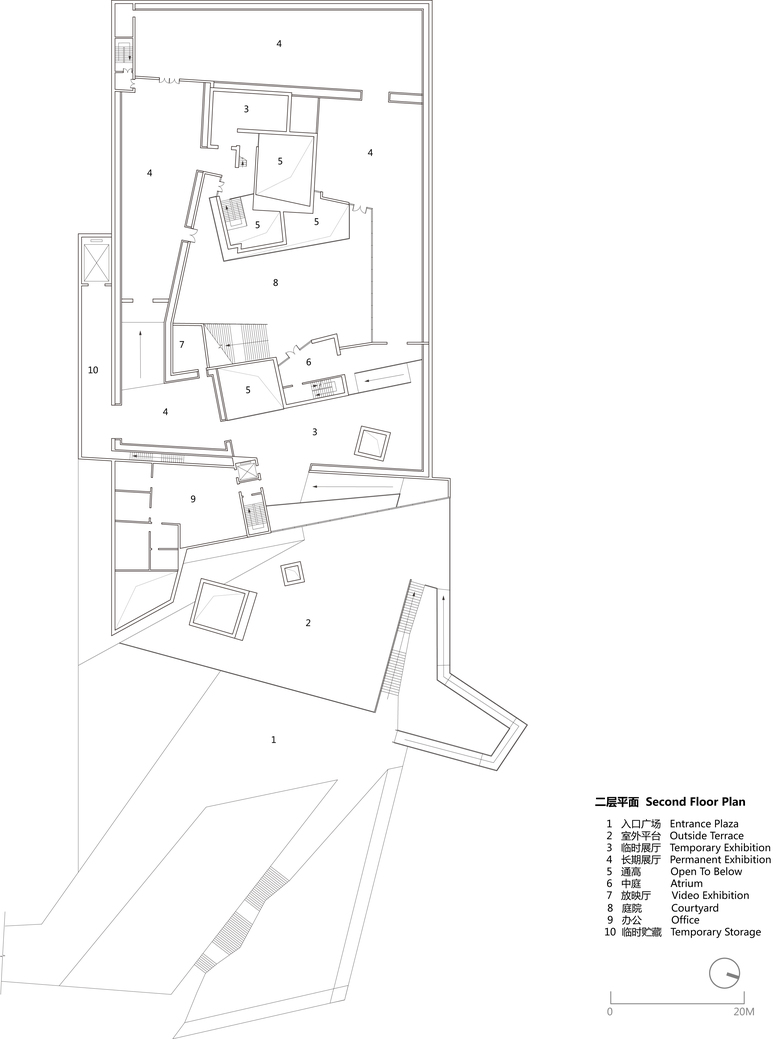 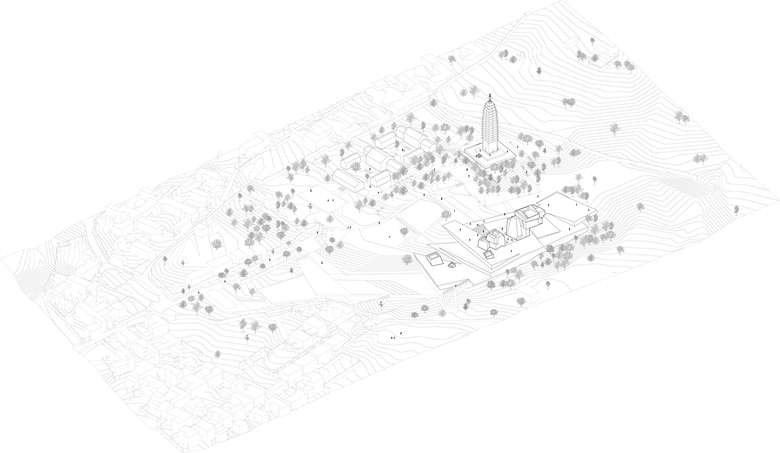 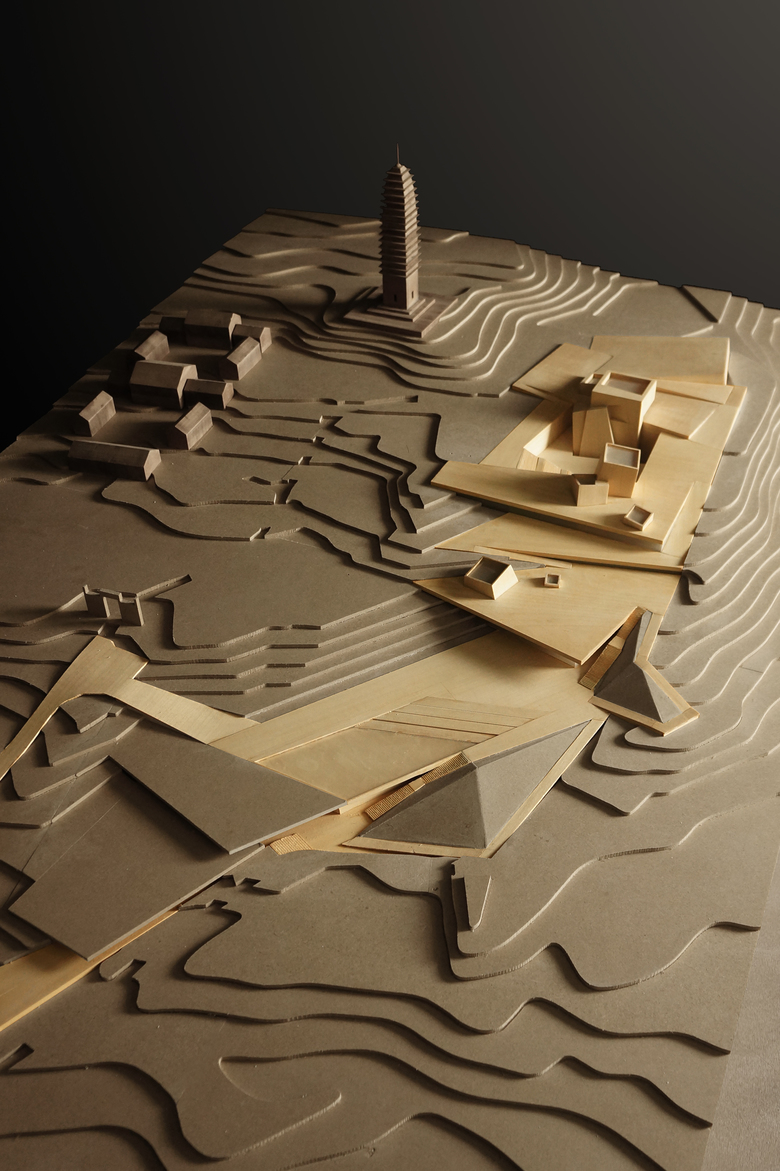 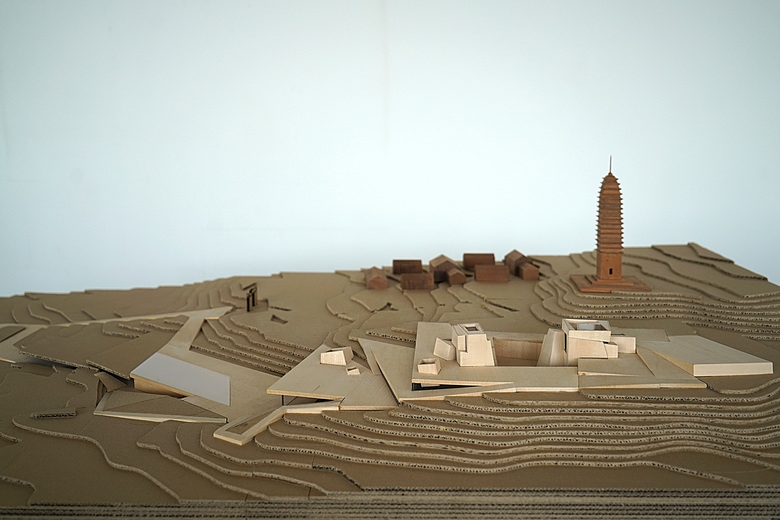 Although the 9thC and 10thC Three Pagodas located north of Dali are famous, the Hongsheng Temple Pagoda dating from the same period and just to the south of the city is relatively unknown. Next to this Buddhist pagoda is the abandoned TaoistLaojun Temple from the Qing Dynasty，with the majestic Cang mountain range in the background. Studio Zhu-Pei received the commission for a Museum of Contemporary Art on the grounds of the Hongsheng Temple Pagoda and the Laojun Temple, after the client had learned about the design for the Yang Liping performing Arts in Dali.
The strong natural landscape and the meaning of the former religious symbols influenced the main museum spaces in the ground. Roof lights and sunken courtyard structure and ‘light chimneys’ on platforms creates a modern counterpart to the nearby religious structures. Local rammed earth will be used to construct the walls. The municipal administration hopes that this modern complement to the ancient heritage will attract cultural tourism and position the city as a new centre for contemporary cultural production in the region.
Zhu Pei was also inspired by the ancient Chinese garden concept of ‘one pond three islands’(yi chi san shan). This idea originated more than 2,000 years ago as a design principle in the legendary gardens of Emperor Han Wudi near Xi’an City; where reference to the Chan Buddhist idea of rock compositions – further developed in Japanese gardens under the name of Zen – can also be found.