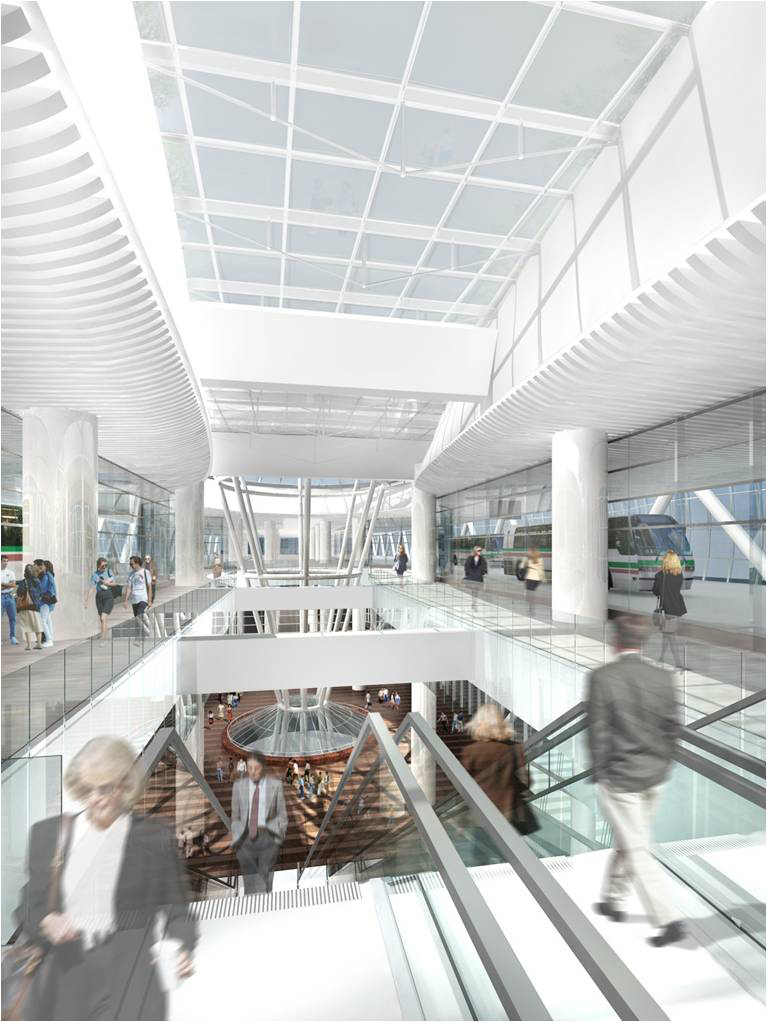 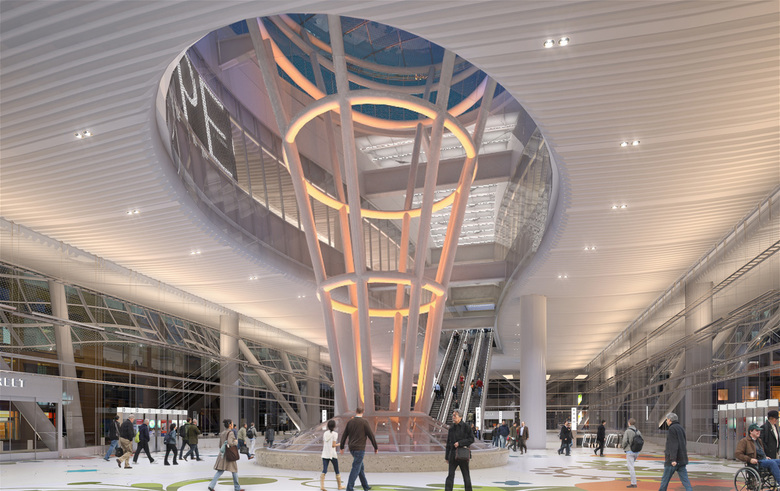 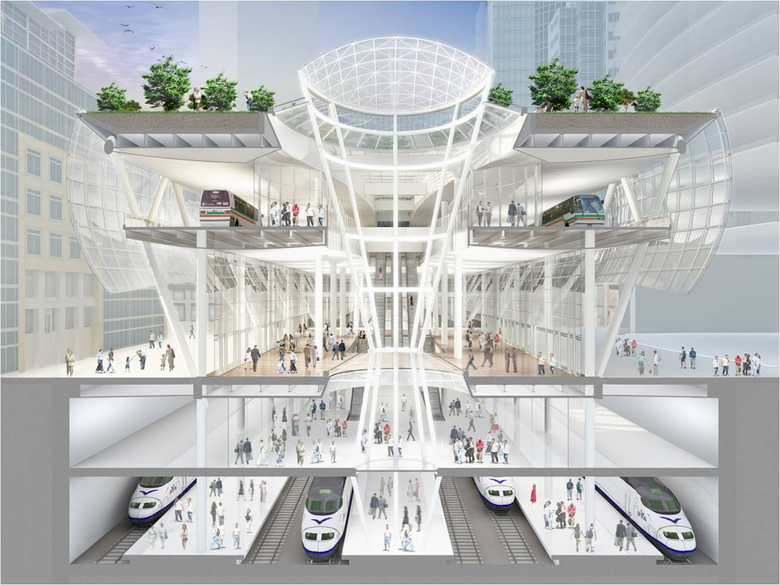 In 1939, the Transbay Terminal opened to become San Francisco’s depot for the electric Key System trains arriving via the lower deck of the Bay Bridge.  In 1958, the lower deck was reconfigured to accommodate the ever-growing automobile traffic, train tracks were removed and the Terminal was converted to a bus-only facility.  As public transit grew, this building began to show its age and has been deomolished.

Auerbach Glasow has been selected to provide the architectural lighting design for all the public interior spaces and the exterior skin/façade of the building, as well as the attached ground floor exterior, pedestrian and sidewalk lighting.

The Transbay Transit Center will be the centerpiece of a new neighborhood, a hub of activity that nurtures complex street life. A rhythmic pattern of curving steel trees animates the building’s exterior, forming its four facades. The undulating exterior skin is clad in glass panels with each panel interstice holding a programmable LED dot.  Graphic patterns will be scanned accross this grid of dots to animate the building’s skin.  At night, the transparent nature of the building is accented through gentle illumination of horizontal and vertical interior surfaces.  The central public space has become known as the “Grand Central Station of the West”.  A light column topped by a large feature skylight is highlighted with color changing accent lights.  The new Transbay Transit Center will be an iconic and transformational architectural addition to the city of San Francisco.