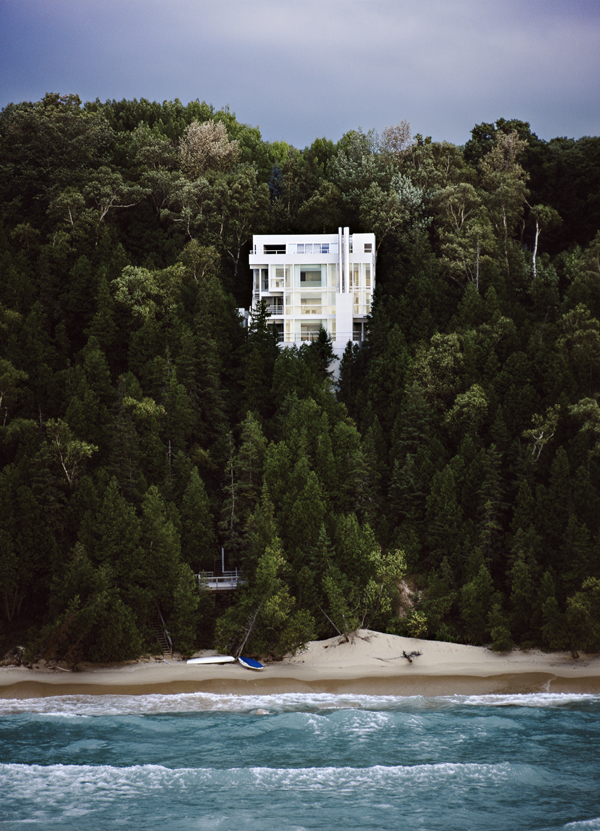 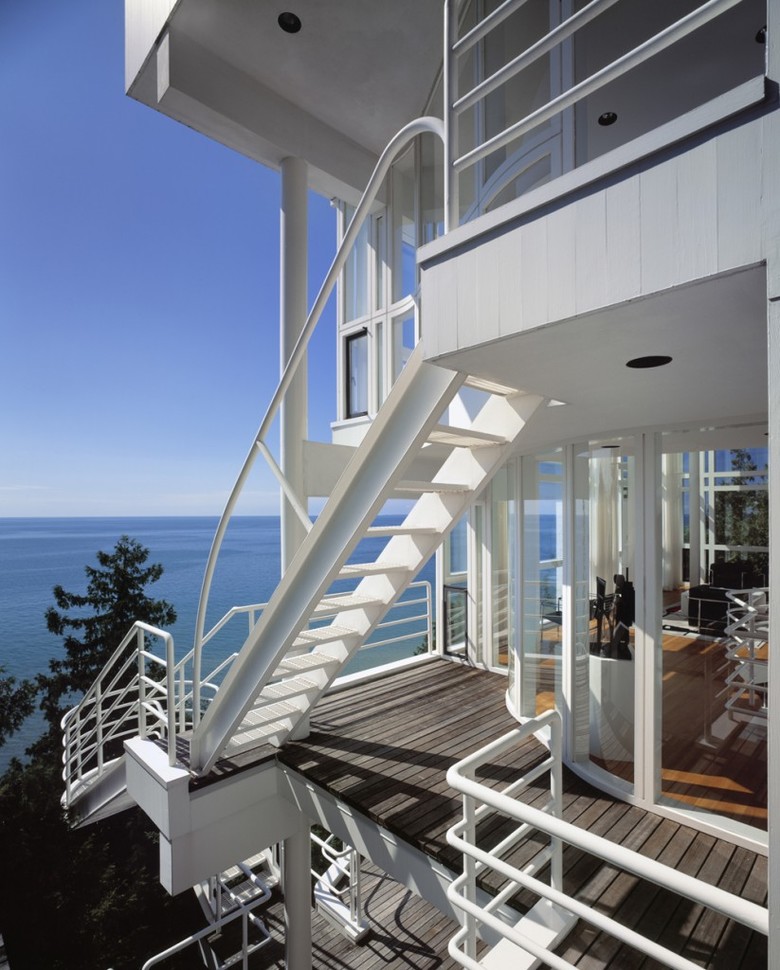 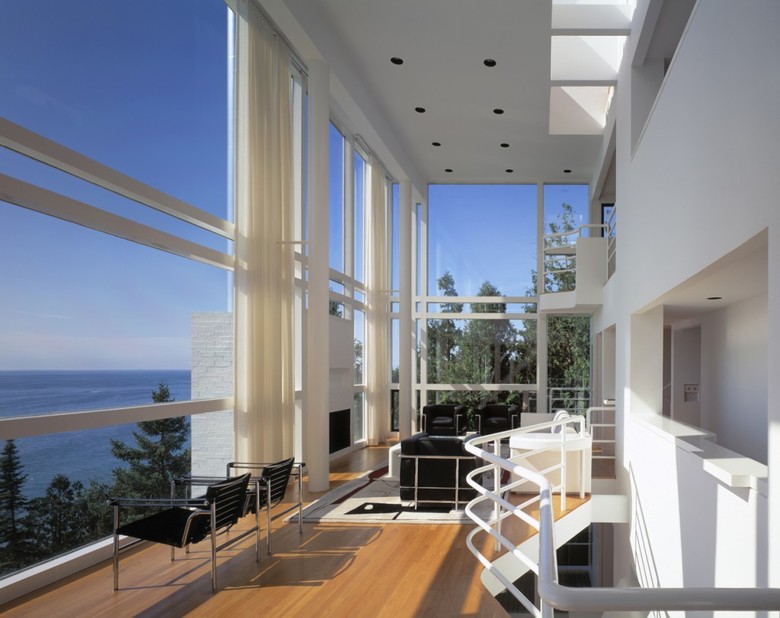 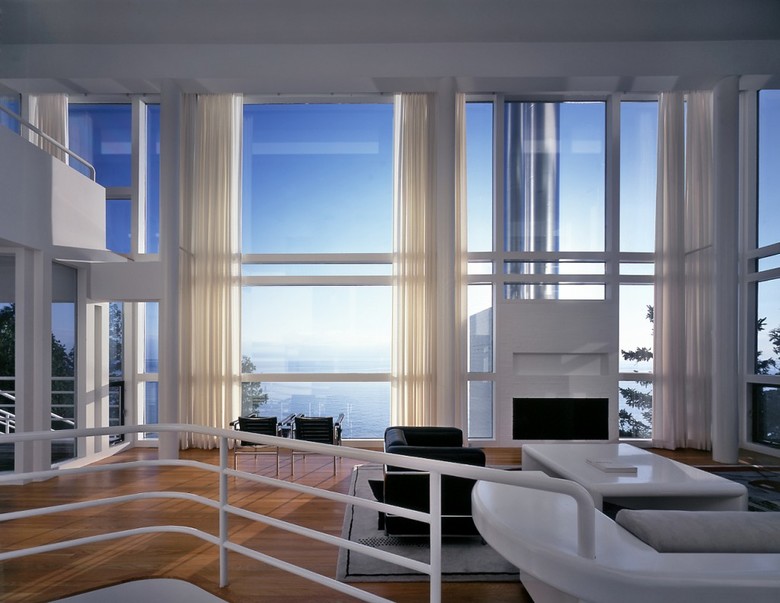 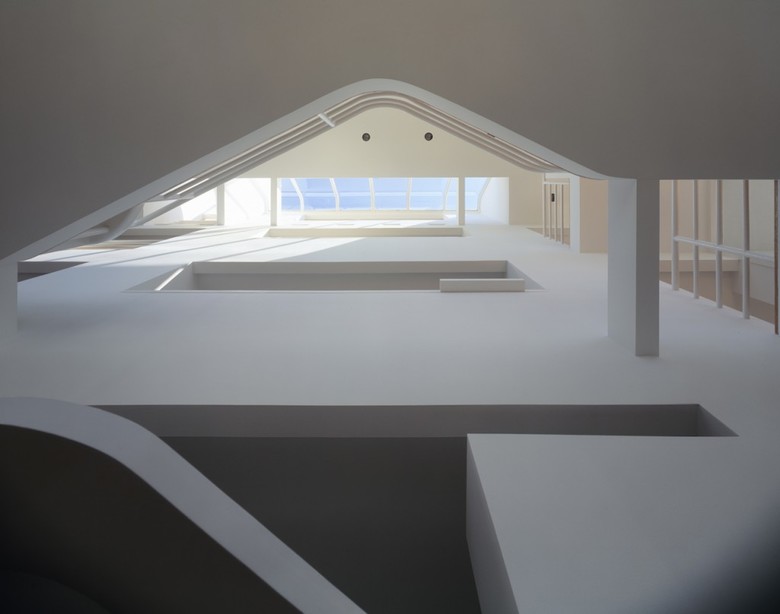 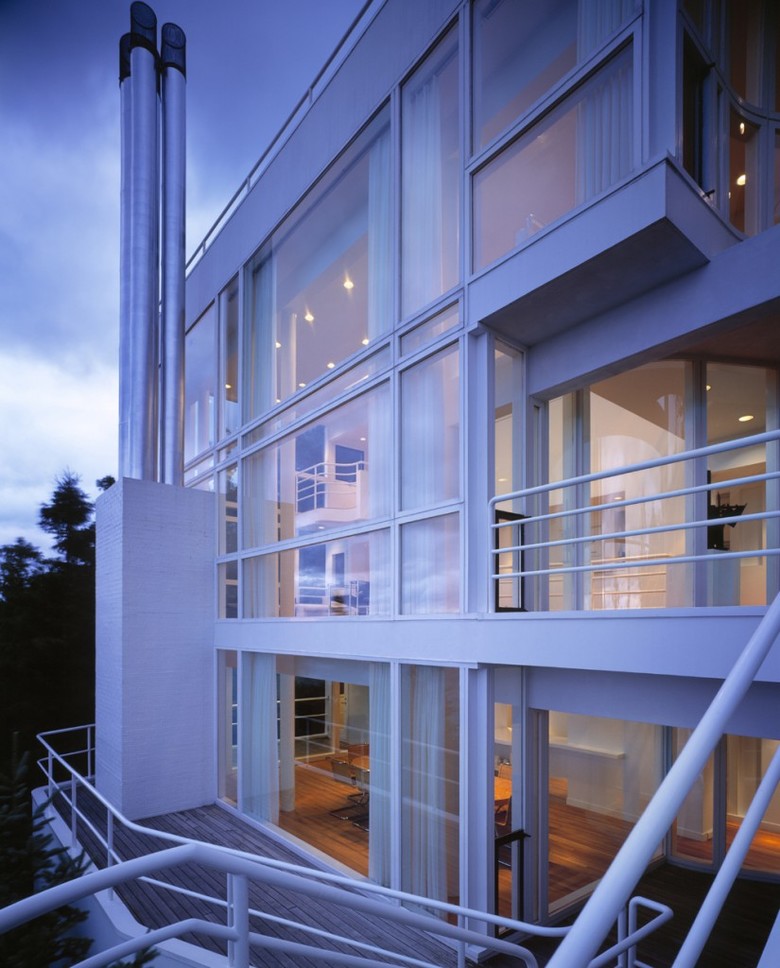 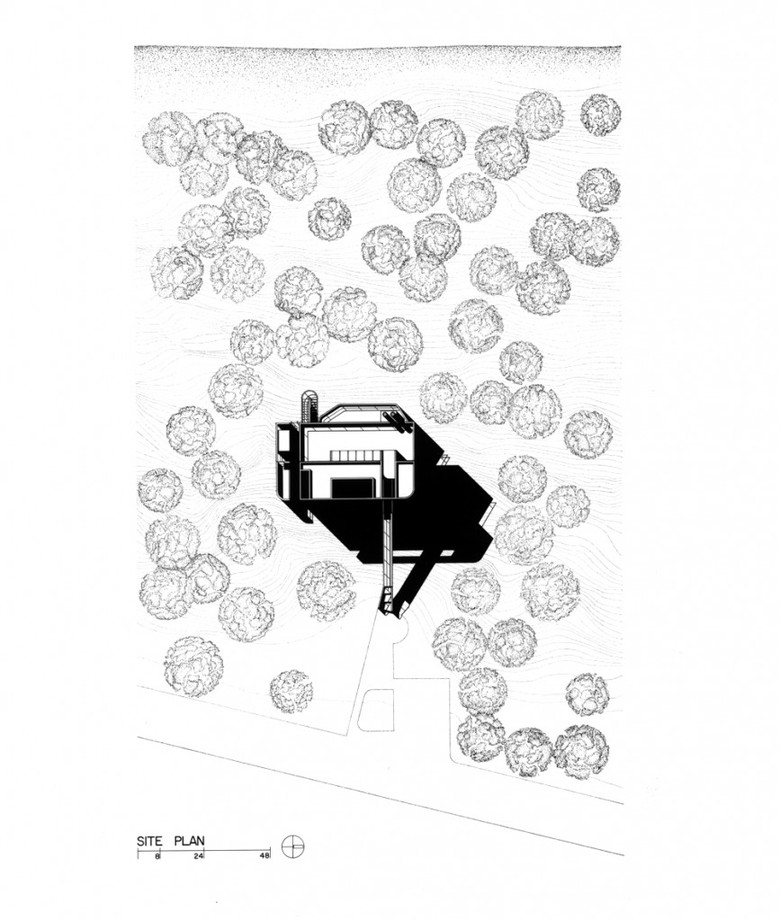 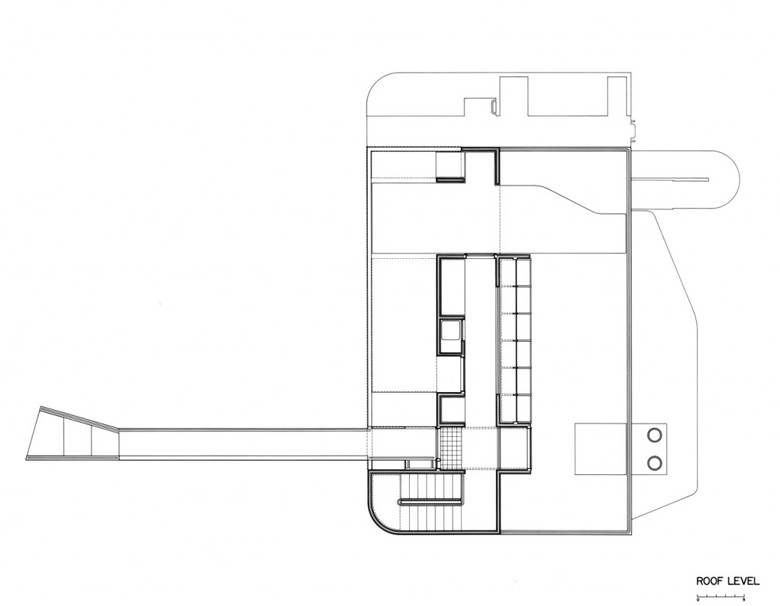 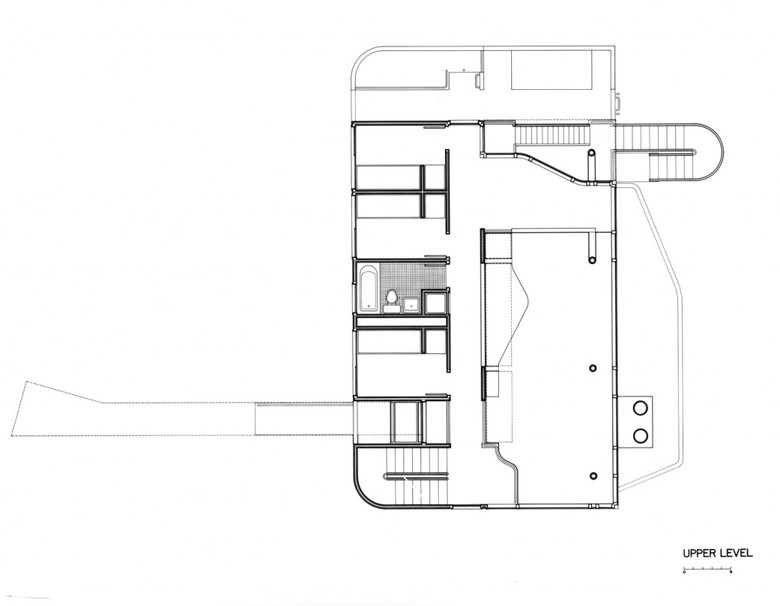 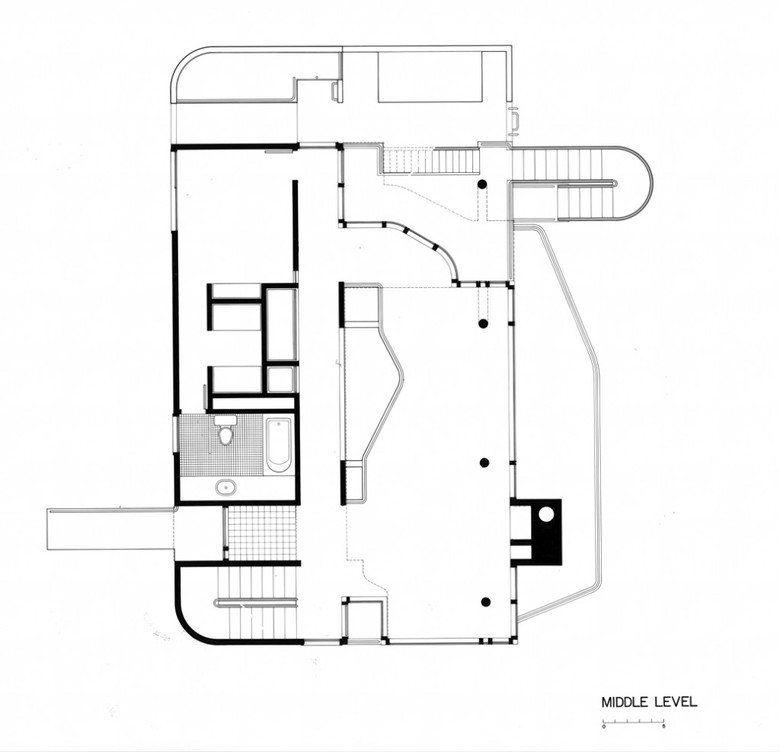 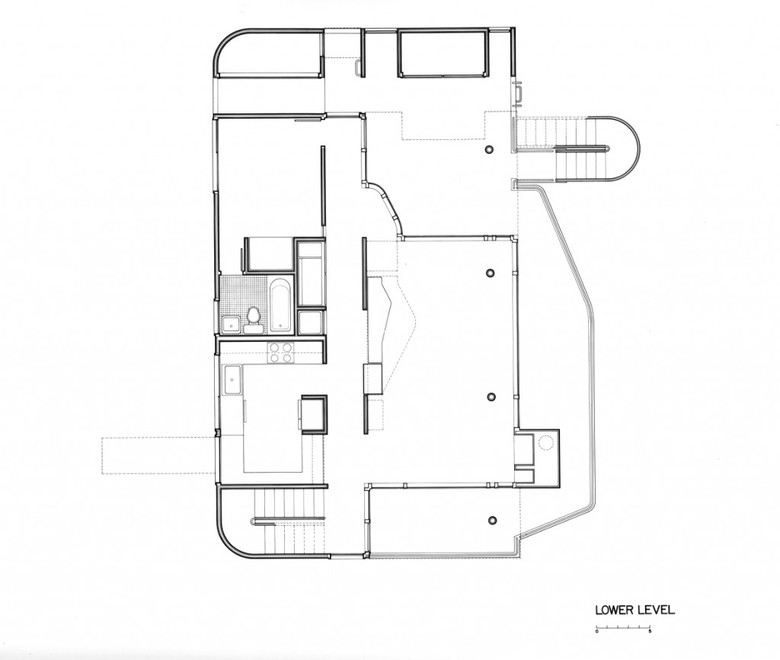 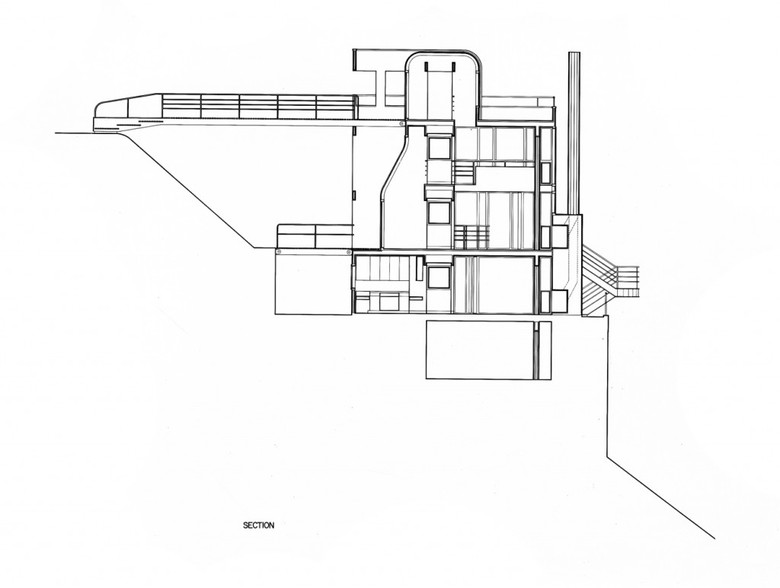 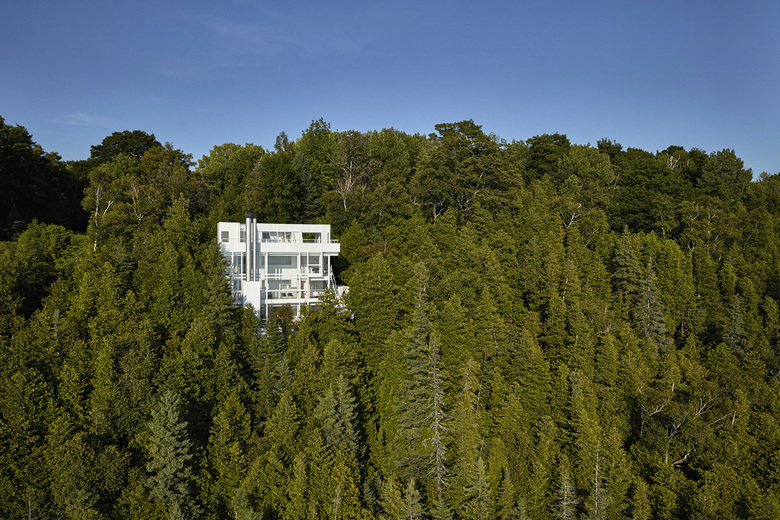 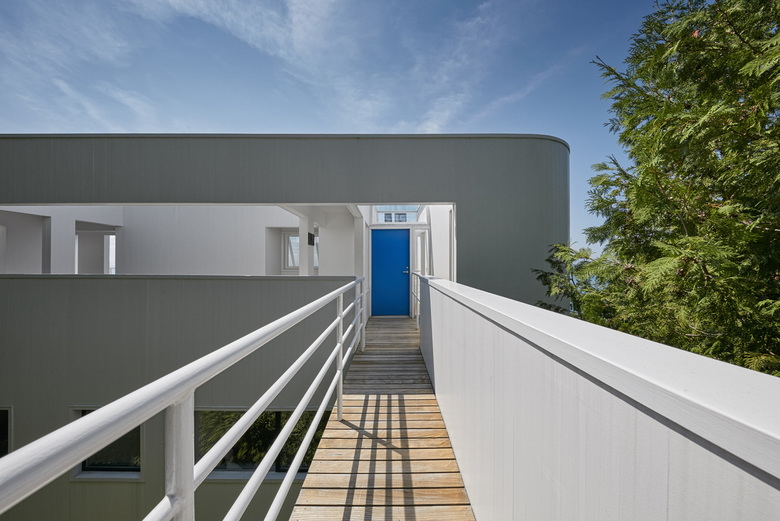 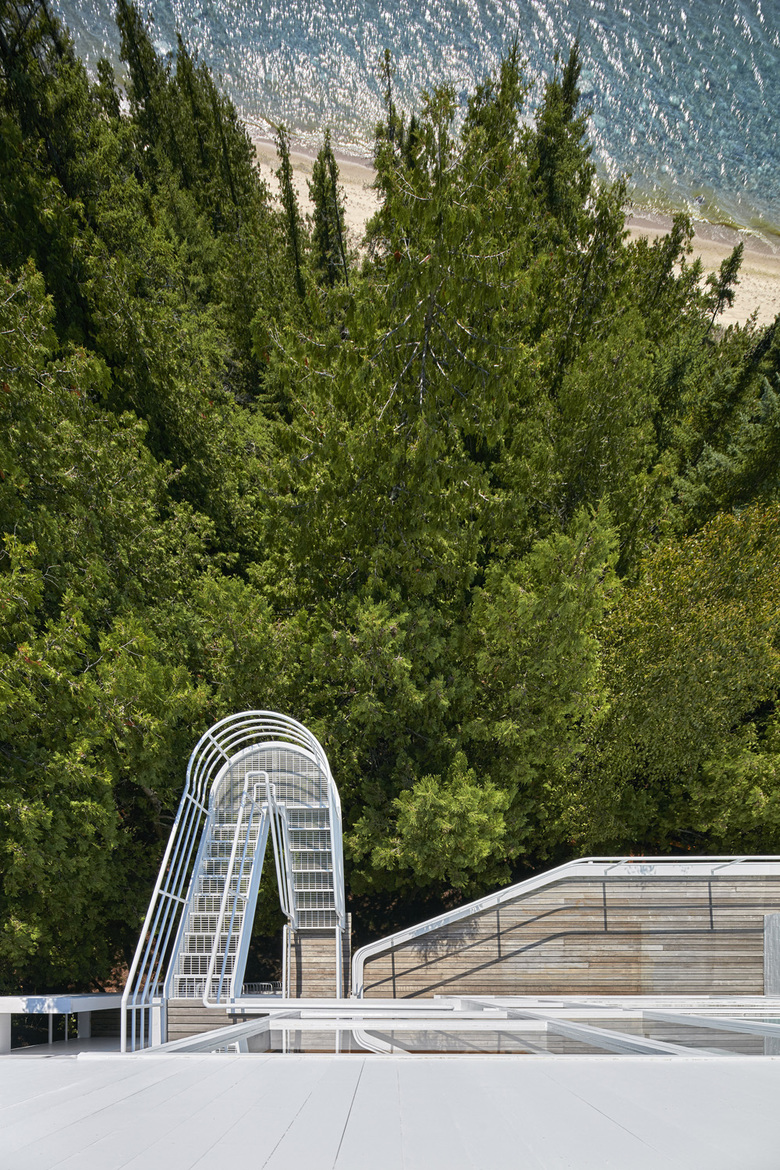 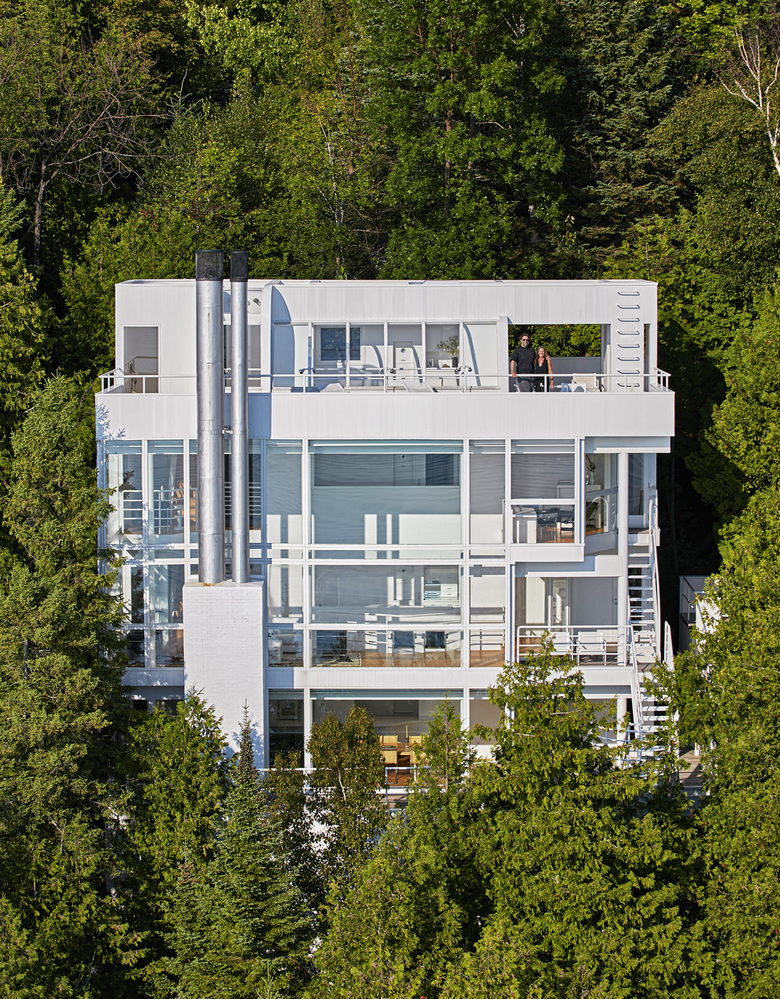 The Douglas House is dramatically situated on an isolated site that slopes down to Lake Michigan. So steep is the fall of the land from the road down to the water that the house appears to have been notched into the site, a machined object perched in a natural world. The entry to the house extends beyond the building envelope. Here, as the sharp downhill grade of the land requires the house to be entered at roof level, it takes the form of a flying bridge that seems to shear off the top of the frontal plane.

The east side, facing the road, is the private zone, protected by a taut white membrane pierced by square apertures and horizontal strip windows. The roof-level bridge accentuates the unimpeded flow of space between this wall and the hillside, and is experienced as an activated void that further seals the private zone from the road.

Once inside the entry vestibule, the views opens to the west, down to both the living and dining levels, and out to a large roof deck overlooking Lake Michigan. As in the Smith and Hoffman houses, the living-room fireplace is located directly opposite the entry, but in this case it is two stories below. At roof level, its stainless-steel smokestacks act as a foil to the entry and frame the view. Horizontal circulation moves along four open corridors, stacked one above the other behind a screen wall. Internal and external staircases provide vertical passage at the corners.

A skylight running nearly the full length of the roof-deck focuses sunlight into the living room, reinforcing the separation between the public and private sectors of the house. The living room virtually hovers in the landscape within three glass walls. The fireplace anchors the room, binding the floor to the lake’s horizon as if the water itself were cantilevered from the bricks. The house’s levels can be traced in the mullions of the glazing, which echo the dramatic horizontals of the lake’s surface, the horizon, and the shoreline. Vertical mullions fan out from the corners, carrying with them the lines of the great trees alongside the house. The unimpeded flow of space from inside out, so powerfully inscribed in the Smith House, is rendered more profound.