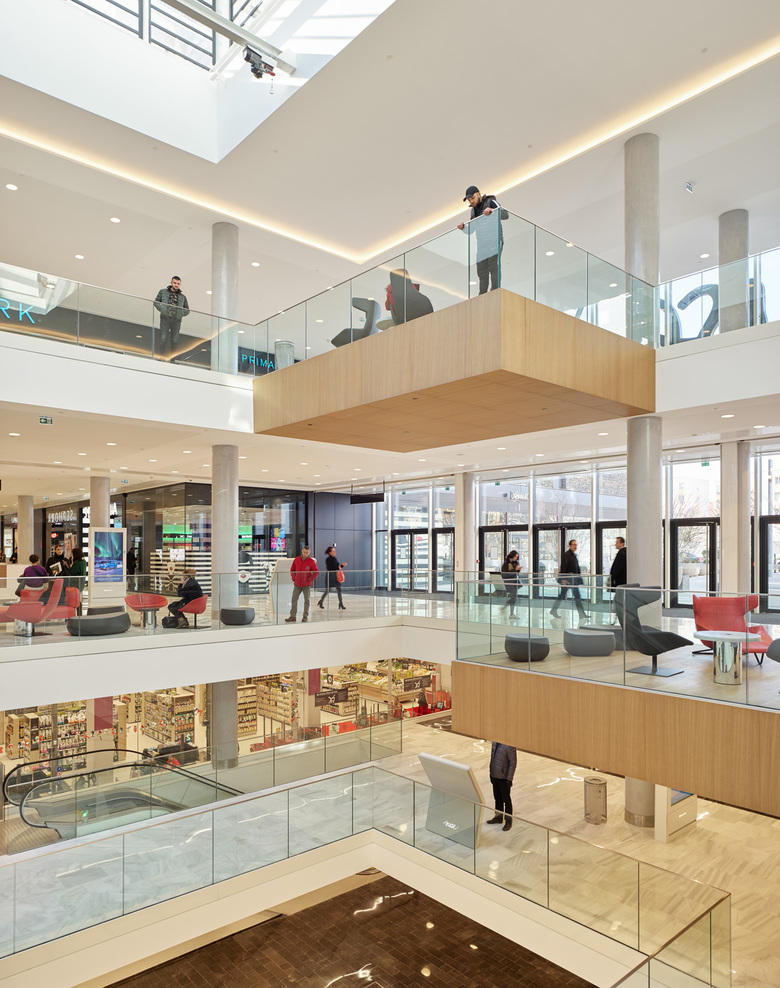 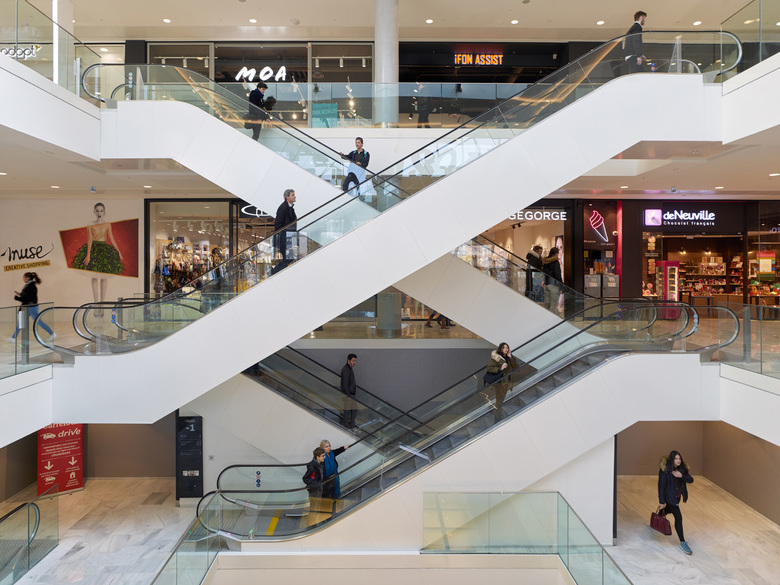 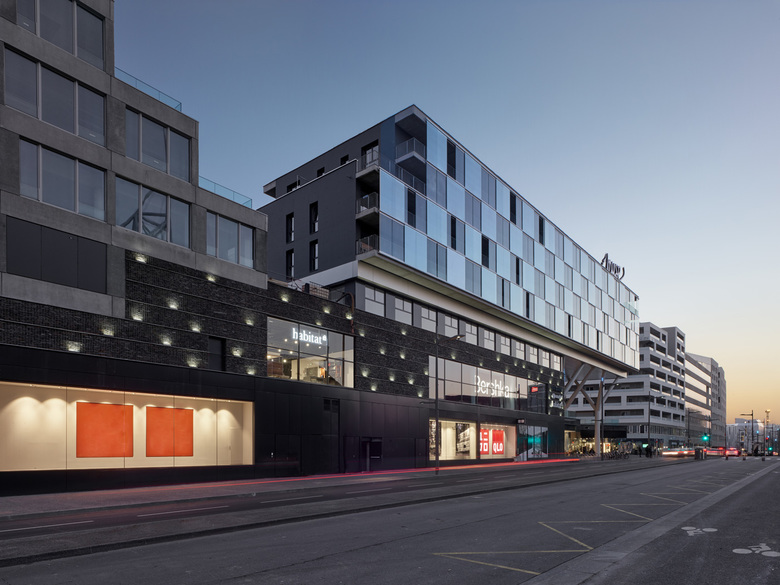 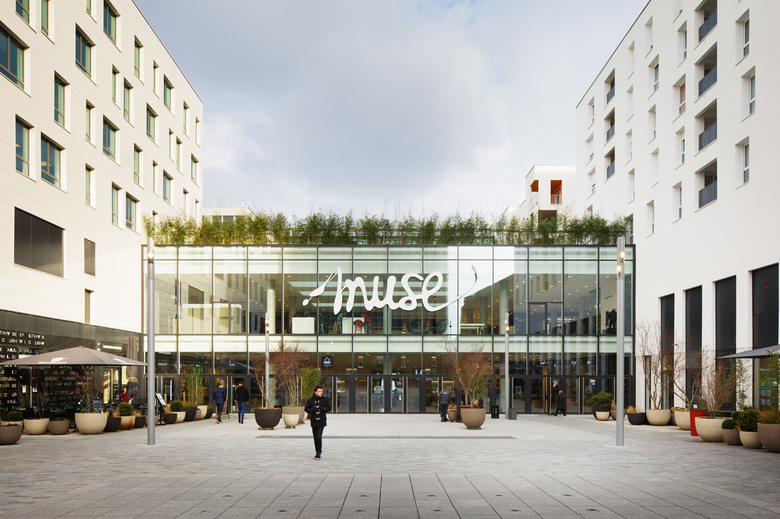 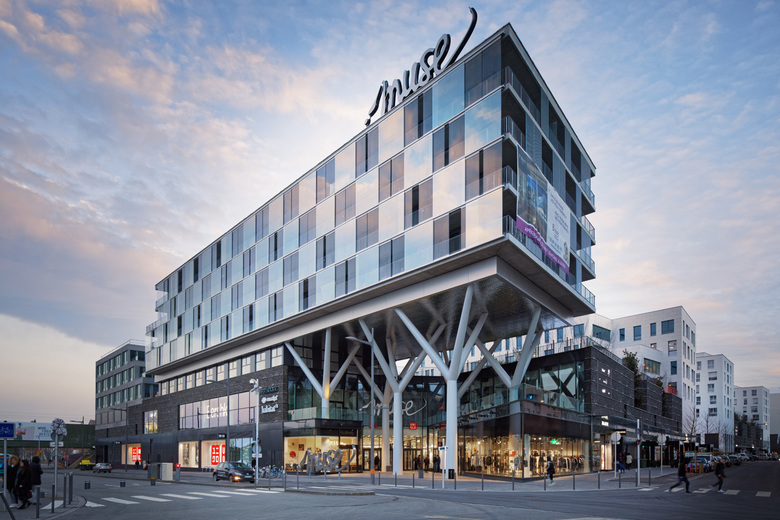 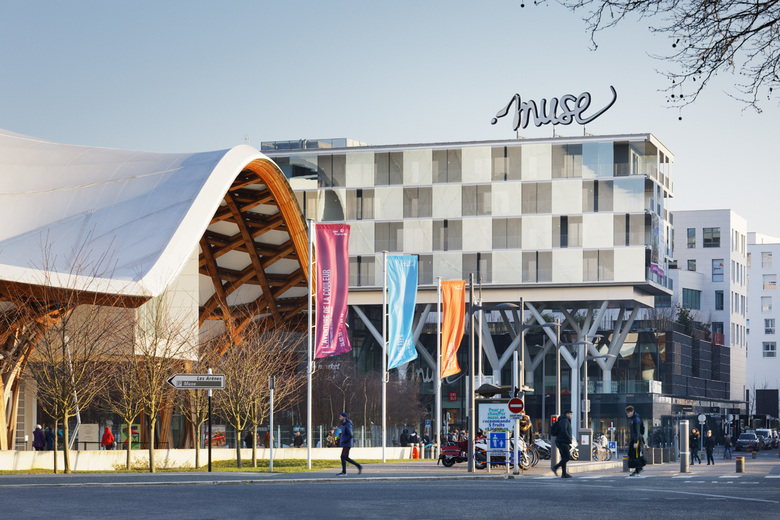 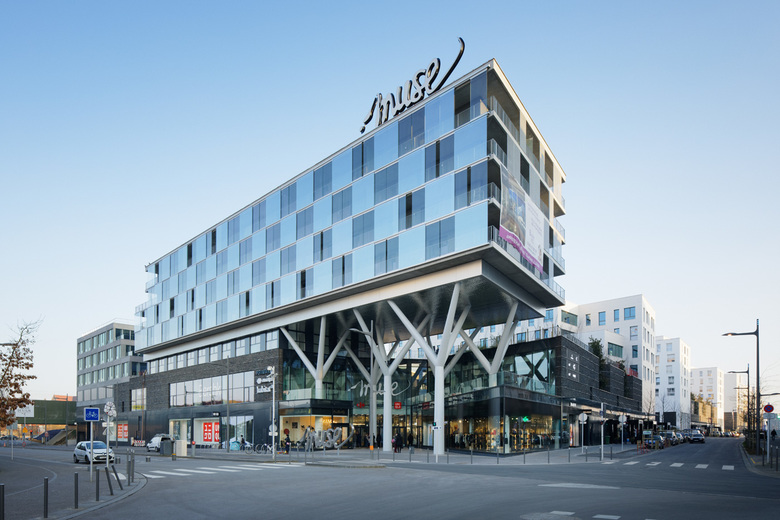 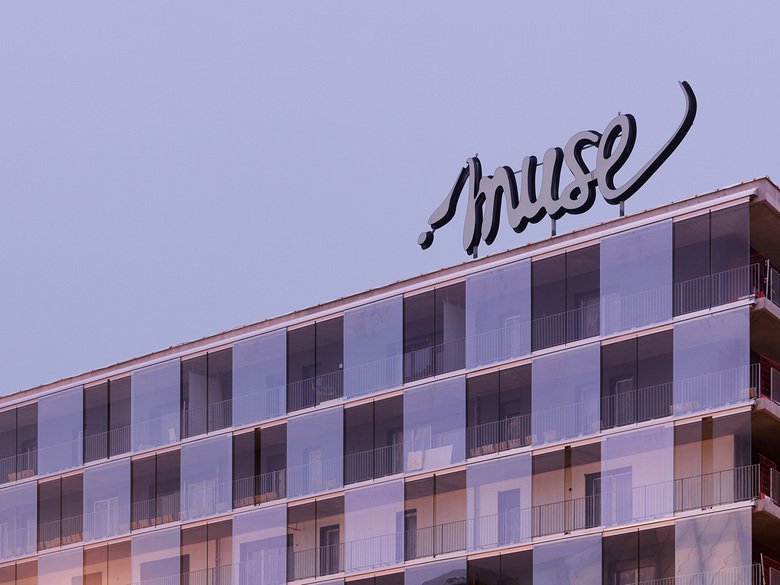 Laid out by the Centre Pompidou-Metz art museum, the new Amphithéâtre District in Metz, France, is linked to Paris in little more than an hour by the new high speed train.

The setting of the district reveals the town’s new organization and is guided by its mix of urban functions. It shows the coordination by Jean-Paul Viguier et Associés of 5 separate architectural practices and client bodies, in order to deliver in one development approximately 80,000 m2 of diverse programs, translating the urban lines of an existing master plan, and vertically composing the elements.

In addition to this orchestral role, Jean-Paul Viguier et Associés is responsible for the conception of the building, known as Muse, forming the base of this operation with its 40,000 m2 of retail space articulated around a mall and an extension of the exhibition space of the Centre Pompidou-Metz.

Jean-Paul Viguier et Associés are also the architects of two superimposed housing developments, embracing social, assisted and private units, as well as offices. With its interior design and landscape departments, Jean-Paul Viguier et Associés designed the gardens, the car park and the interior of all public spaces of the district, characterized by the porosity of its spaces and by the intermingling of public and private sectors.

Topographically, Muse extends along a covered street that opens out opposite the Centre Pompidou-Metz. The housing block on this square, whose façade is clad in a checkerboard pattern of glass panels, rises up to invite the public to enter the shopping space with cafés, exhibition places, library, co-working spaces and restaurants.

The route through Muse, pierced by light wells and glazed roofs, opens up onto two public squares offering relaxation areas and terraces.

A stroll through the building leads through to four works of art by Julio Le Parc, Lionel Estève, Chourouk Hriech and Romain Froquet. The works have been specifically created for the site and make the building a destination in its own right echoing with the Centre Pompidou-Metz art museum.

To the south and preceding the square where the second housing block is located, a large vertical circulation space connects the retail spaces to the car park level.

All these functions find their meaning in the relationship they have to one another and generate an open approach to the town.