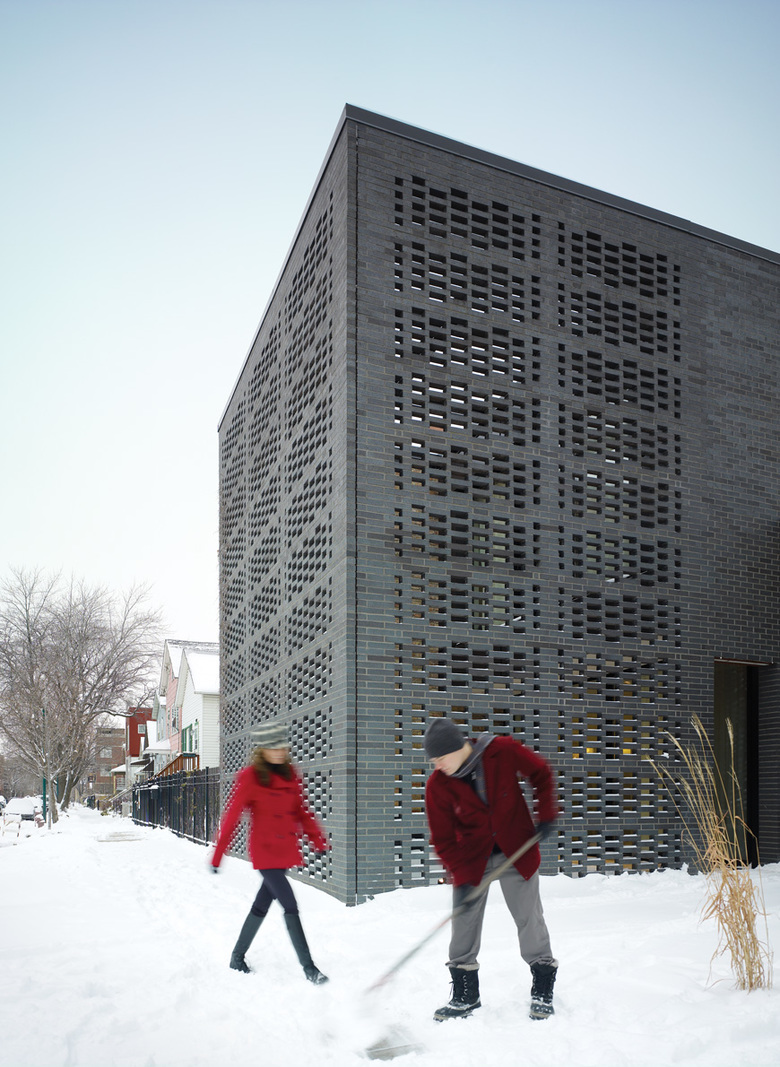 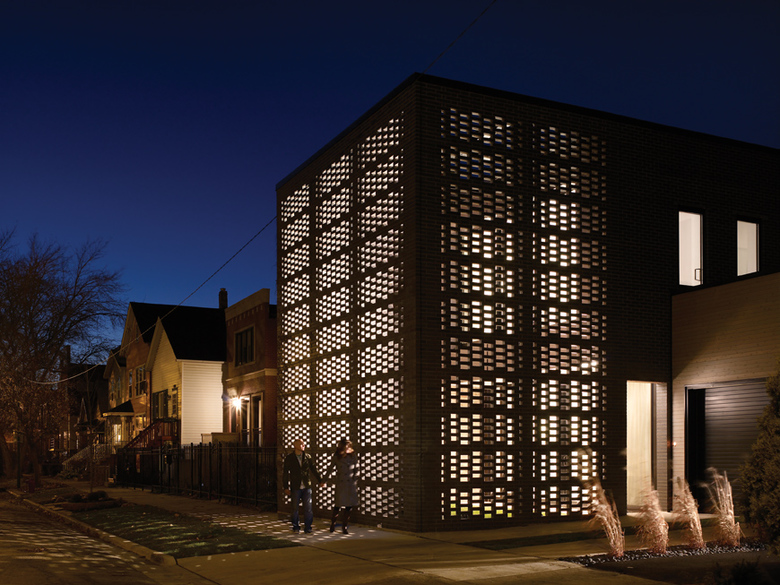 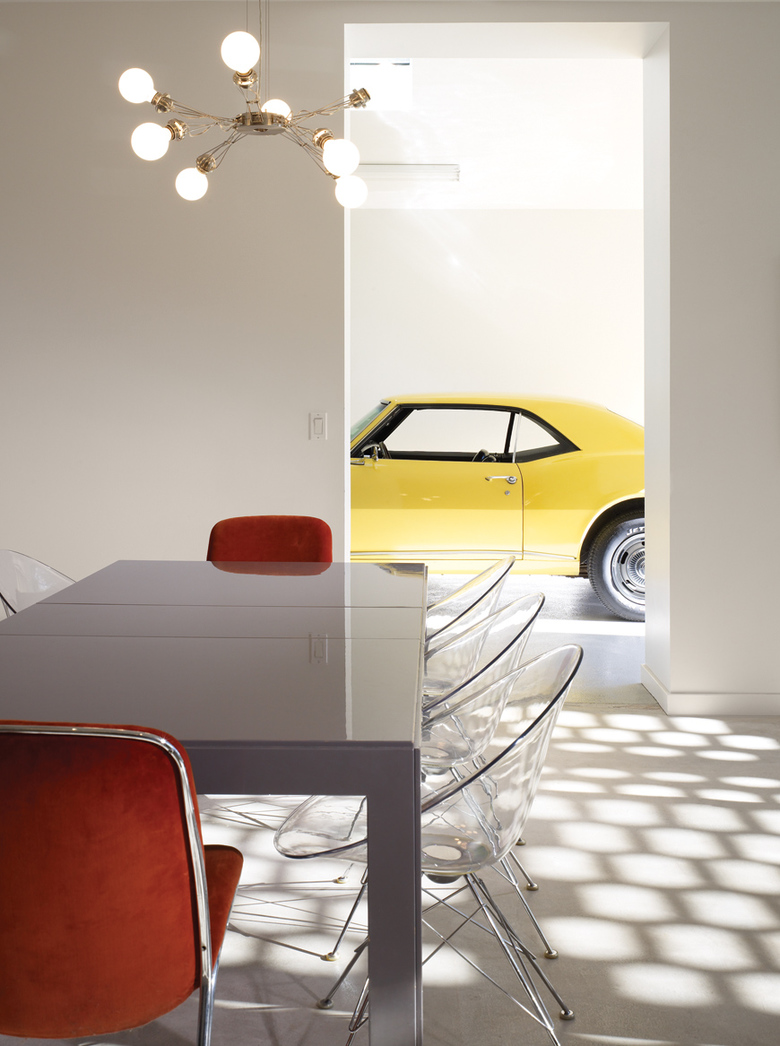 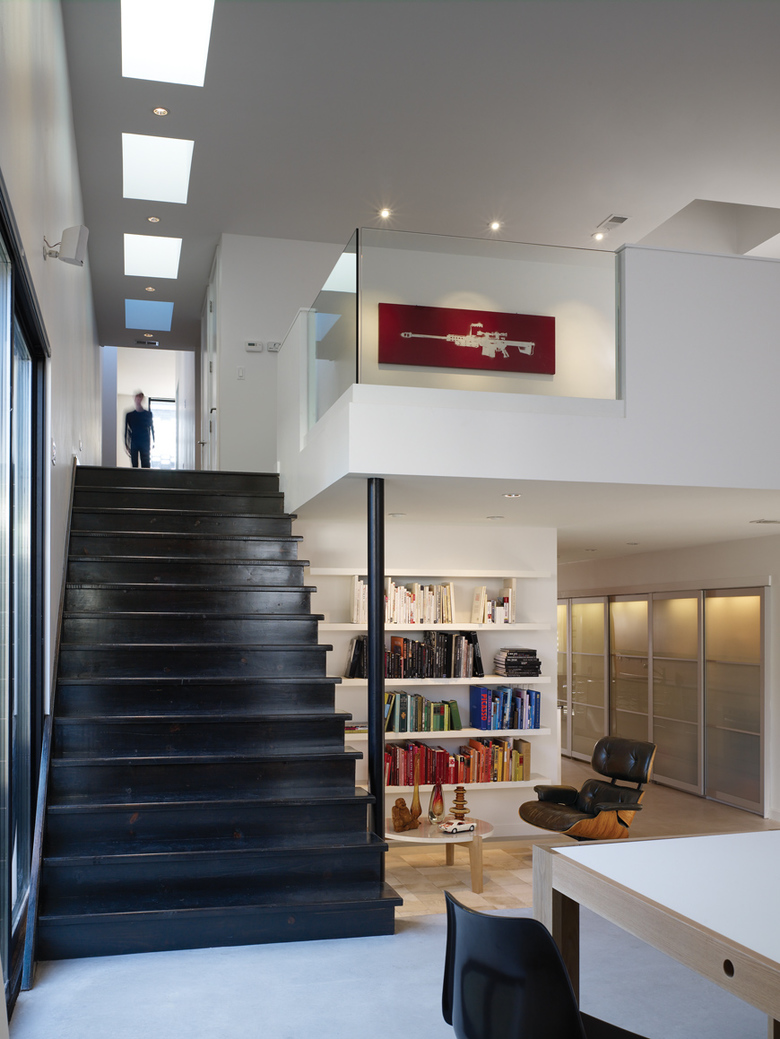 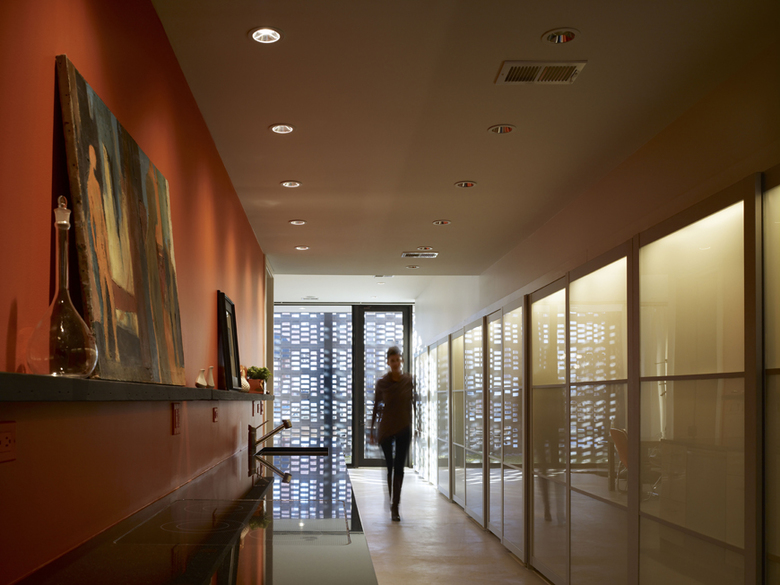 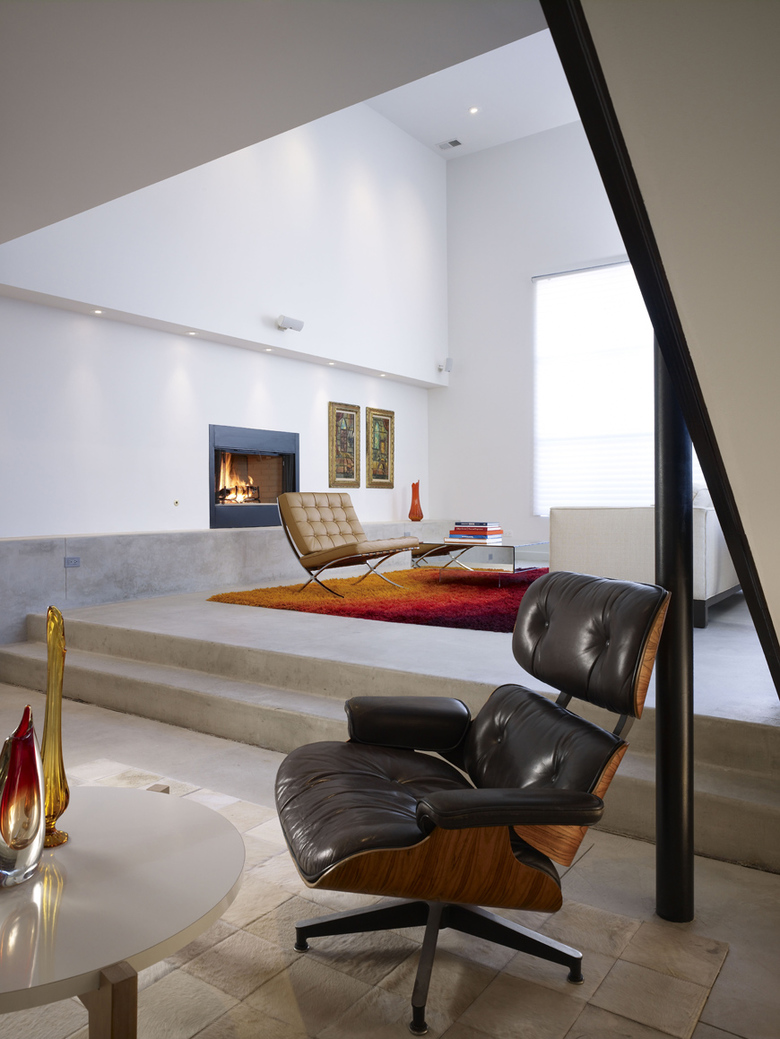 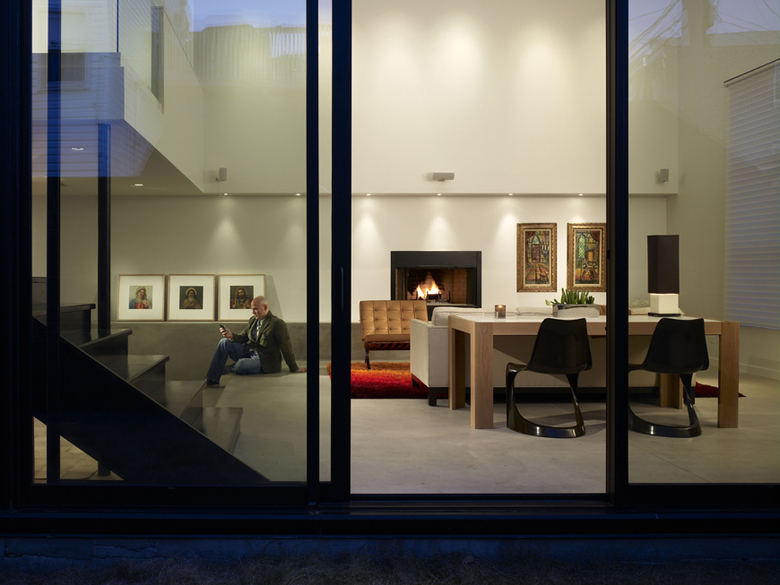 The Brick Weave House sits on the footprint of a century-old stable on an eclectic block of Chicago’s West Town neighborhood. Removing the original front walls and roof created a garden through subtraction, one which is surrounded by a porous, one-wythe-thick brick screen that both reveals and encloses the private courtyard and house beyond.

Variation in ceiling heights and floor levels weaves together the two-story garden at the front of the house with the single-story volume at the back through a cascading section. The screen animates the garden and interior with dappled sunlight, establishing a visual connection to and from the street. Rectangular voids in the screen throw hexagonal patterns of light inside. At night, the pattern reverses, and the screen becomes a lantern.