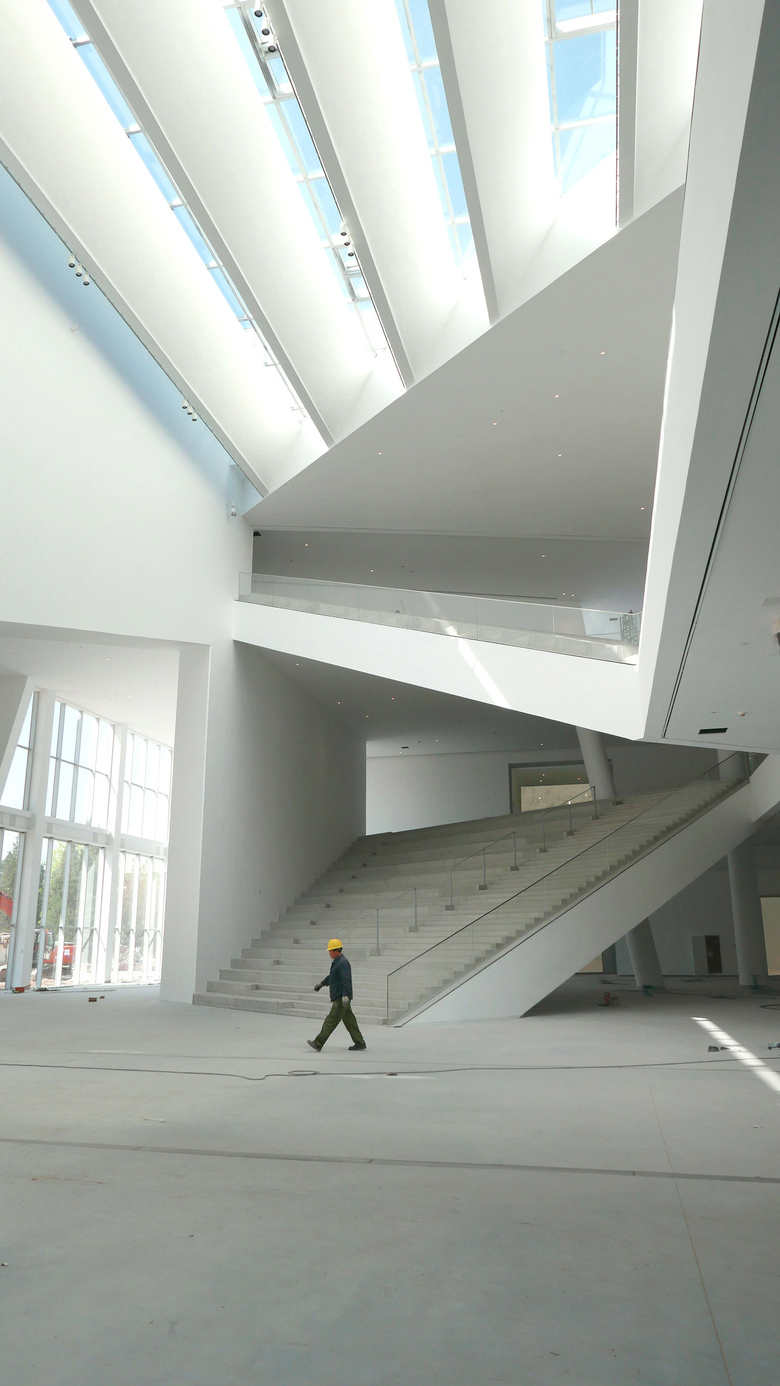 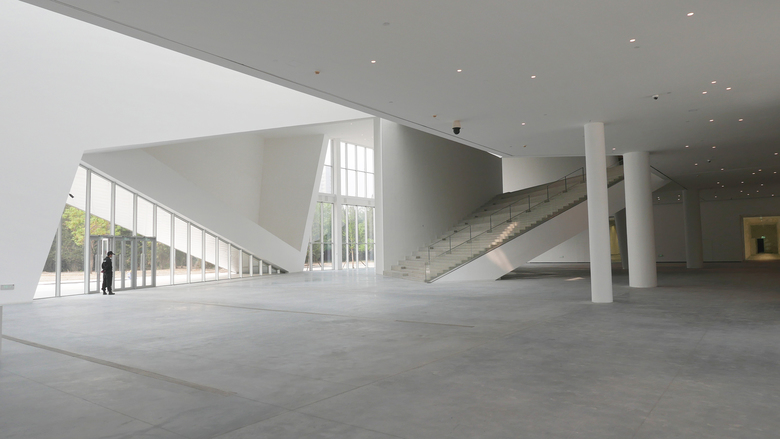 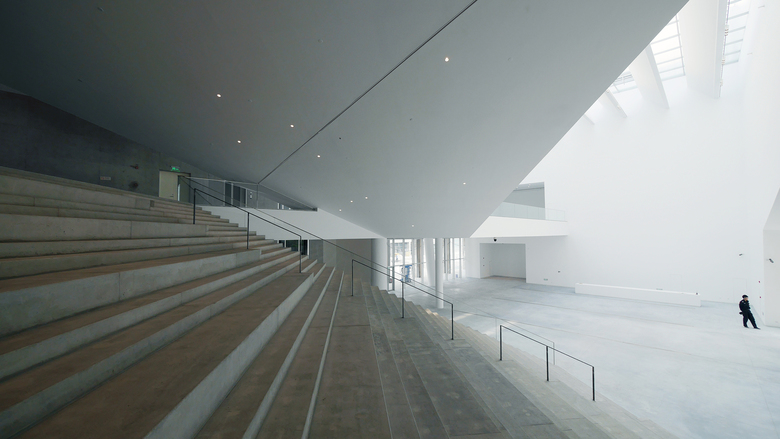 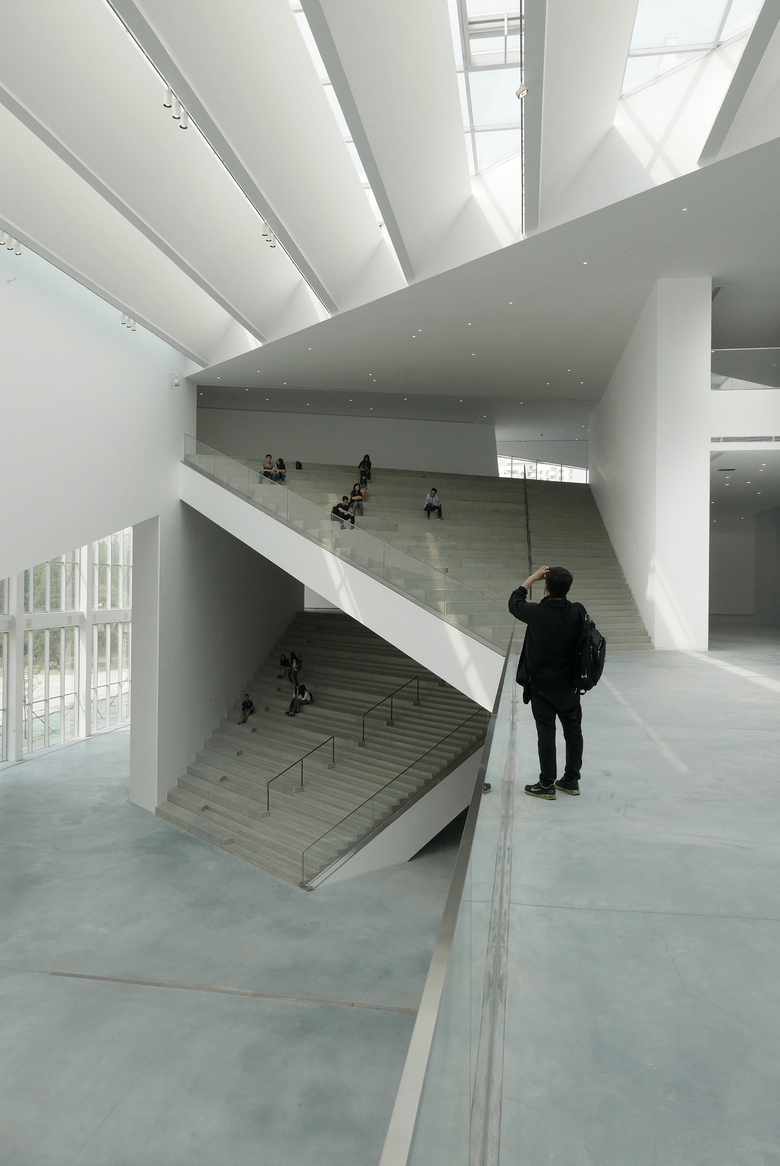 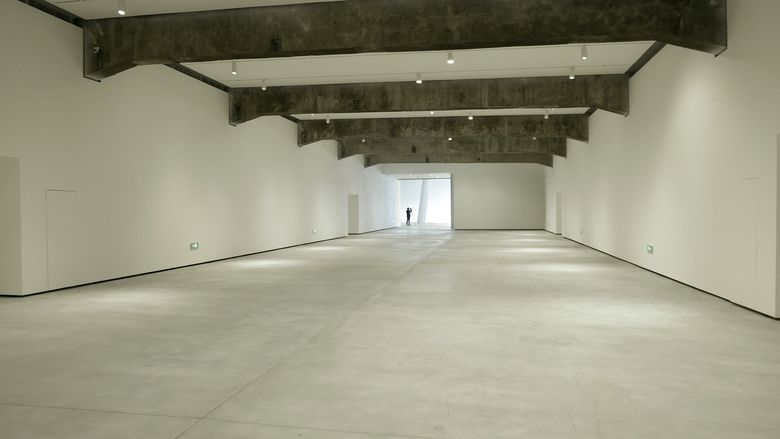 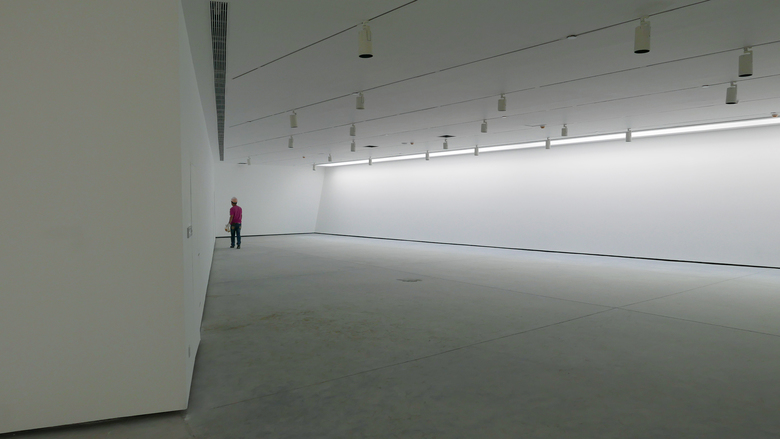 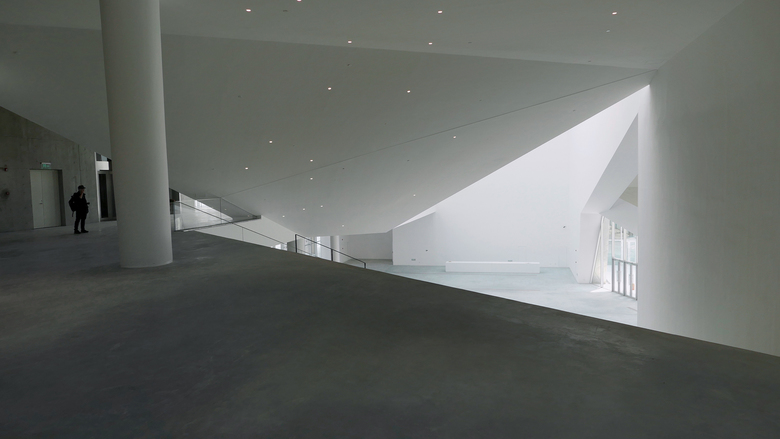 The construction of the Minsheng Museum of Modern Art in Beijing, the biggest private museum in China, was financed by the Minsheng Bank.

The museum building is a converted former Panasonic factory built in 1979. The project used the factory hall with its simple concrete skeleton structure and modular facade almost as found, adding only a few interventions to make the new use visible.

The museum design divides the building volume into different functions, which are supported by an external courtyard-like space, a roof terrace and a sculpture park.
The renovation preserved the industrial character of the building, contrasting this in occasional places with new materials. The strongest intervention was needed for a new lobby that signals the entrance from the outside. It consists of interlocking cubes that blend together to form a multi-storey space.

Generous conical stairways are illuminated by skylights, and encourage informal use. The three exhibition rooms , the courtyard and the book-store are accessed from the lobby. Additional functions, including the auditorium, media library, cafeteria and restaurant are accessed from a corridor along the courtyard.

During the renovation process, the architect kept many existing traces of use, thus lending the museum a rougher character. The modular facade glazing calls to mind the former industrial use.
This serial expression contrasts with the special treatment of the inserted cubes that form the lobby, which are clad with aluminum panels of only 0.5 millimeters thickness. Their striking velvety expression is further enhanced by the blurry reflections that layer over the diagonal grid pattern of the panels, reminiscent of textile qualities of traditional quilted silk jackets in the sun.