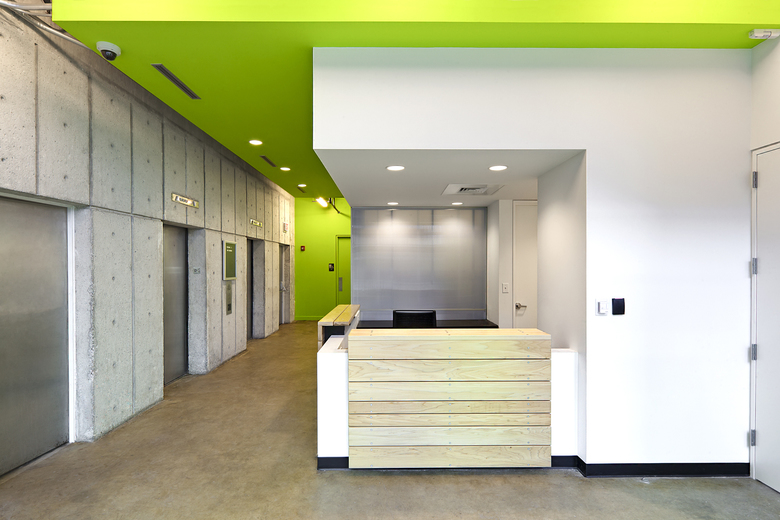 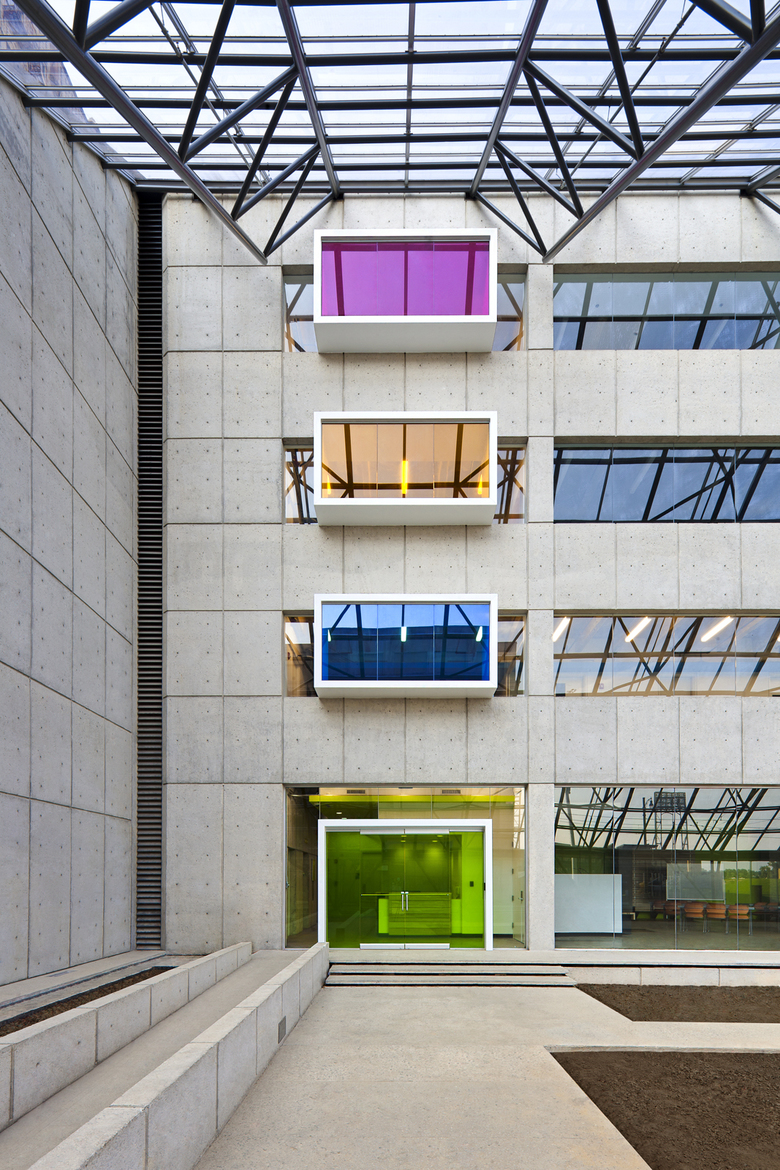 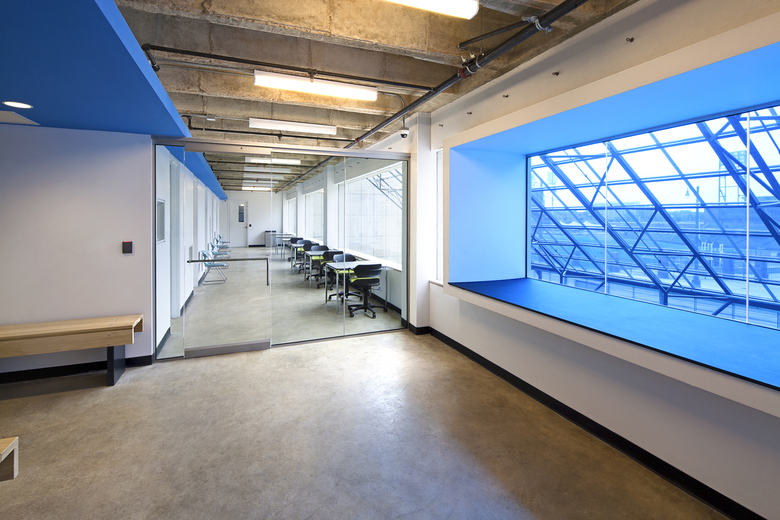 In downtown Memphis, a celebrated mid-century modern building was facing demolition. From 1974 to 1999 it had housed a progressive bank, but had been abandoned. A young music college was seeking a new home in an urban context. The music college wanted a look that was to be vibrant, fresh, and exciting for students and teachers, but the required functional spaces were quite different than that of the bank.

New mechanical, plumbing, and electrical systems absorbed most of the construction funds, leaving little for interior renovations. Fortunately, there was a desire to preserve the “bones” of the existing building by making minimal insertions into the concrete structure. The bank had wanted a building that would make a big impact – simple, but breathtaking. The new design pays homage to that philosophy. The new adaptive design centers around programmatic insertions into the structure that meet the needs of the college.

The original building has a modest four-story structure that serves as a backdrop for a dramatic landscaped, light-filled atrium entrance. The design respects the atrium with new window boxes that house personal practice spaces. The boxes allow the color palette of each floor to be expressed upon entry. Because the atrium was inside the original building envelope, it had been considered too expensive to maintain due to the atrium’s energy loads and he building had been slated to be demolished for a parking lot; so the new design places the atrium outside the envelope, reducing the energy load dramatically while creating a street level urban “park.”

The street level contains the entrance lobby and a performance space for 200, the Second Floor contains classroom spaces, the Third Floor contains practice rooms, and the Fourth Floor houses administrative offices. The college enrolls over 100 students, is on the downtown trolley line, and is a catalyst for a previously dormant part of the city.