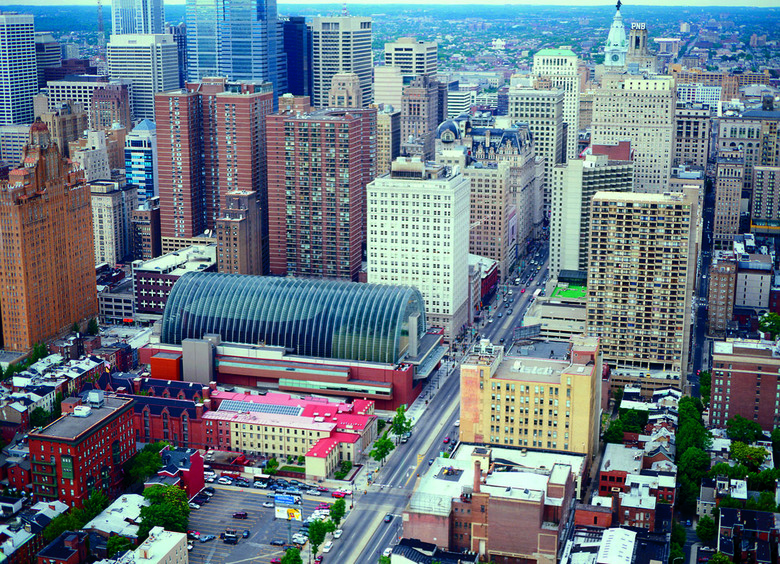 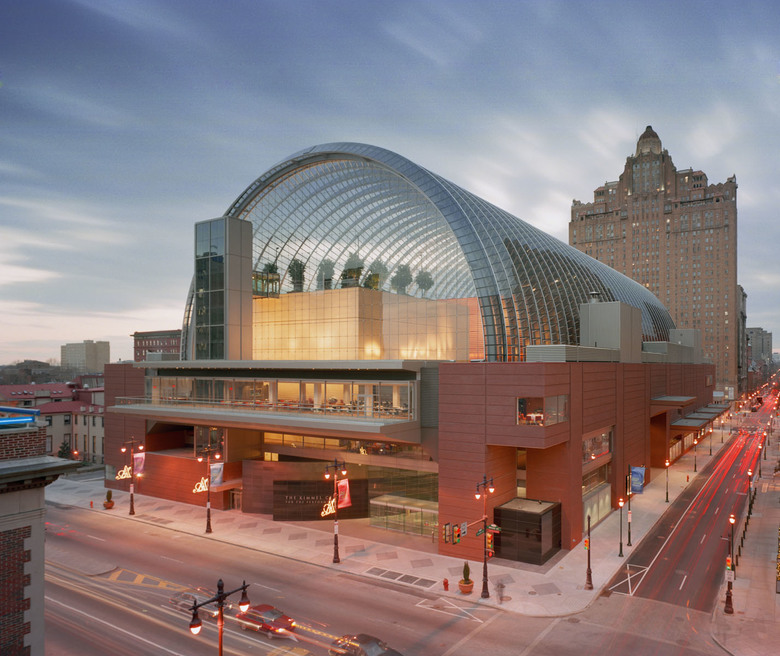 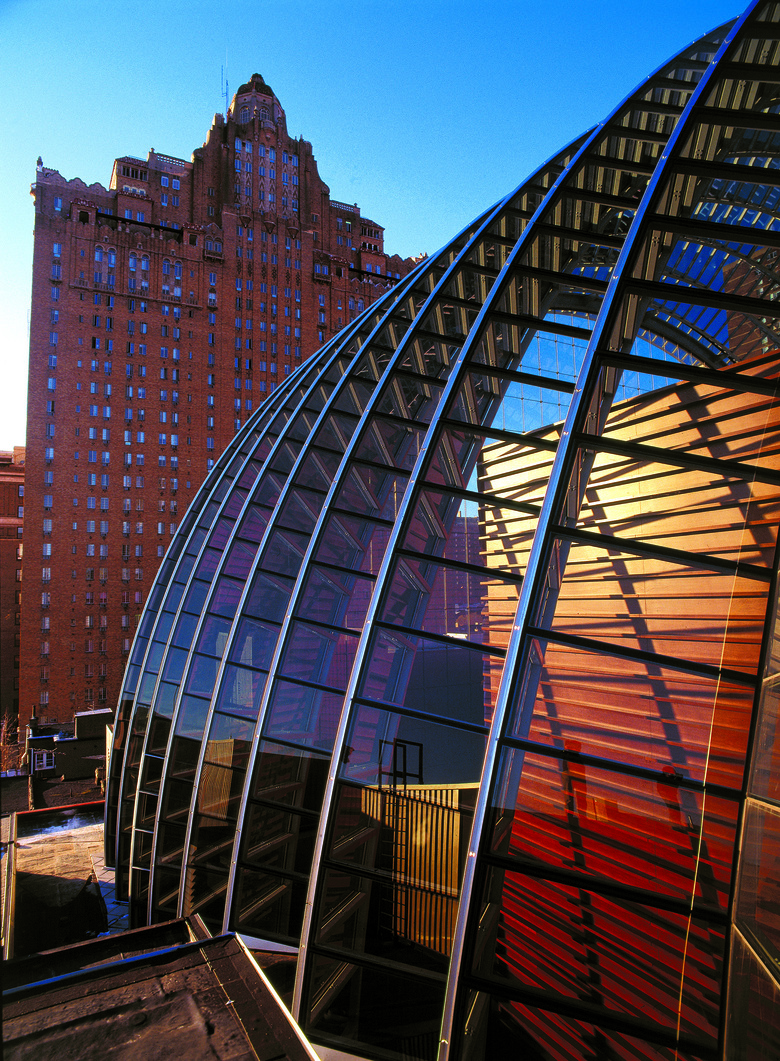 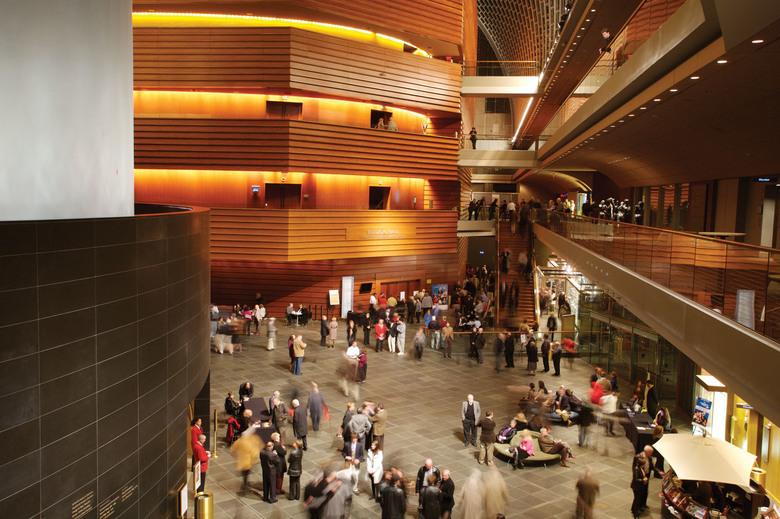 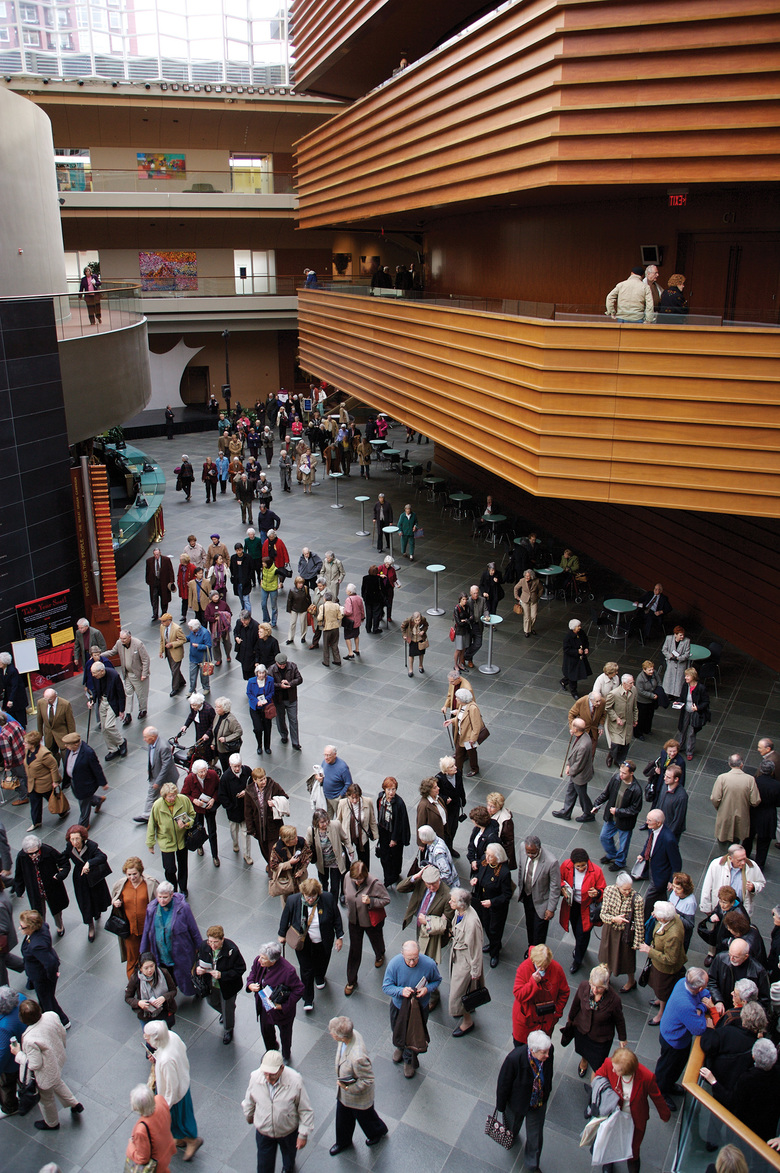 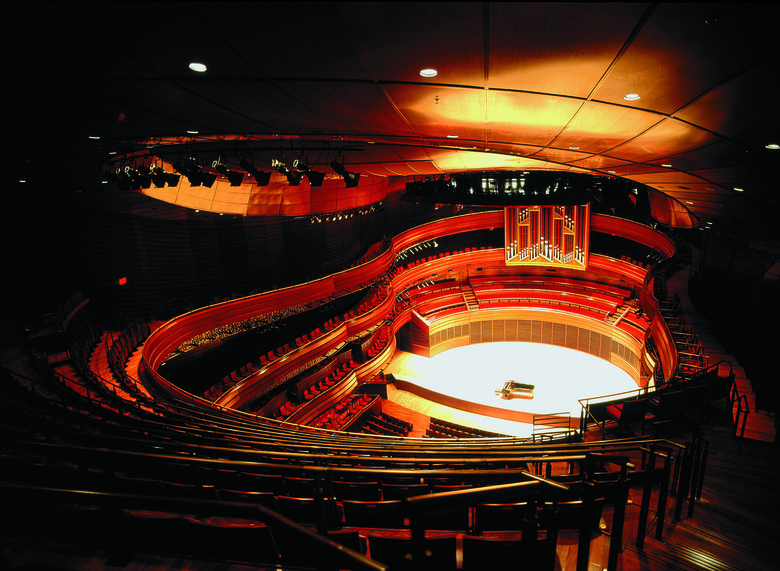 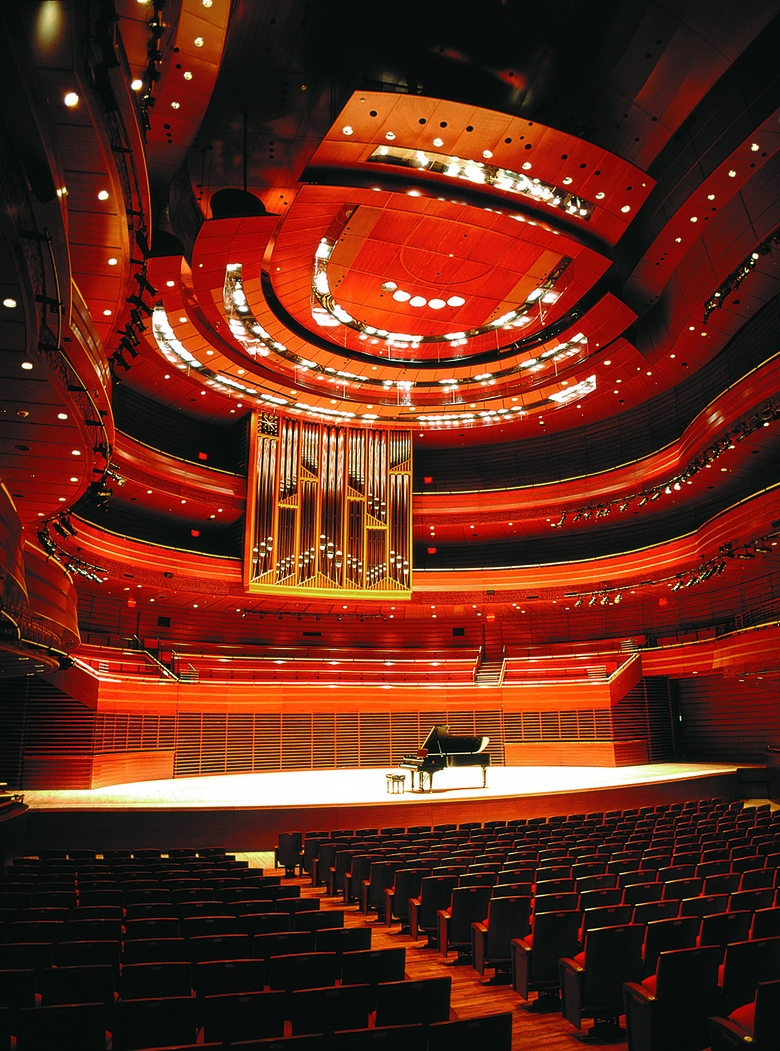 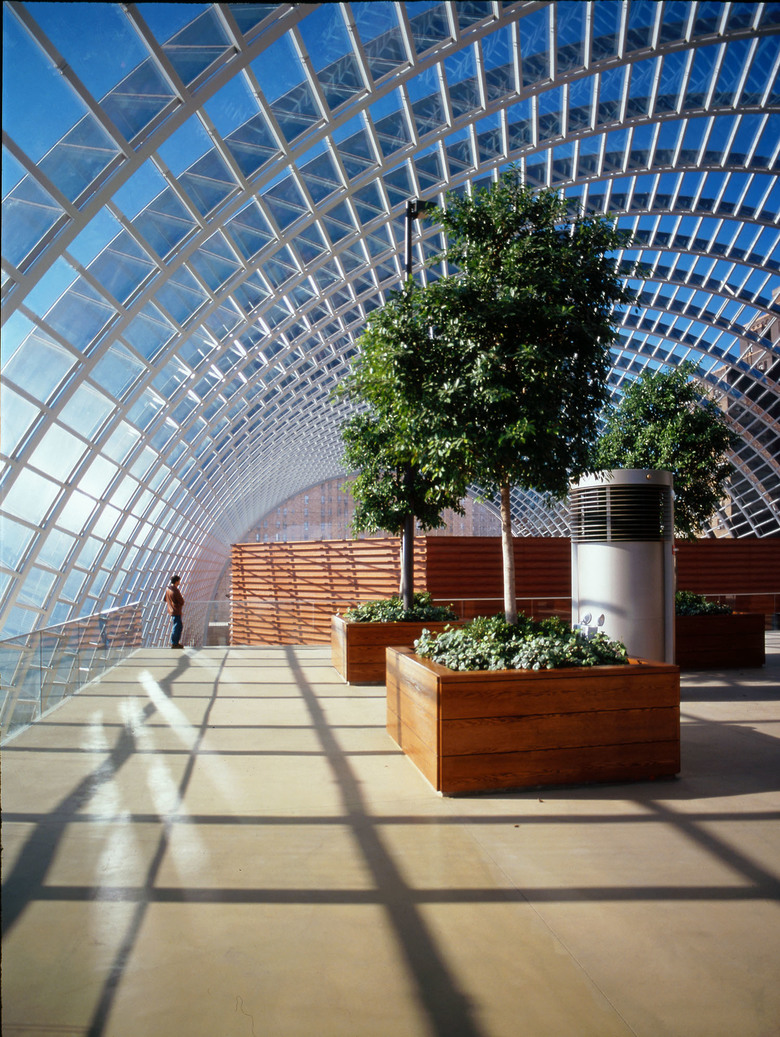 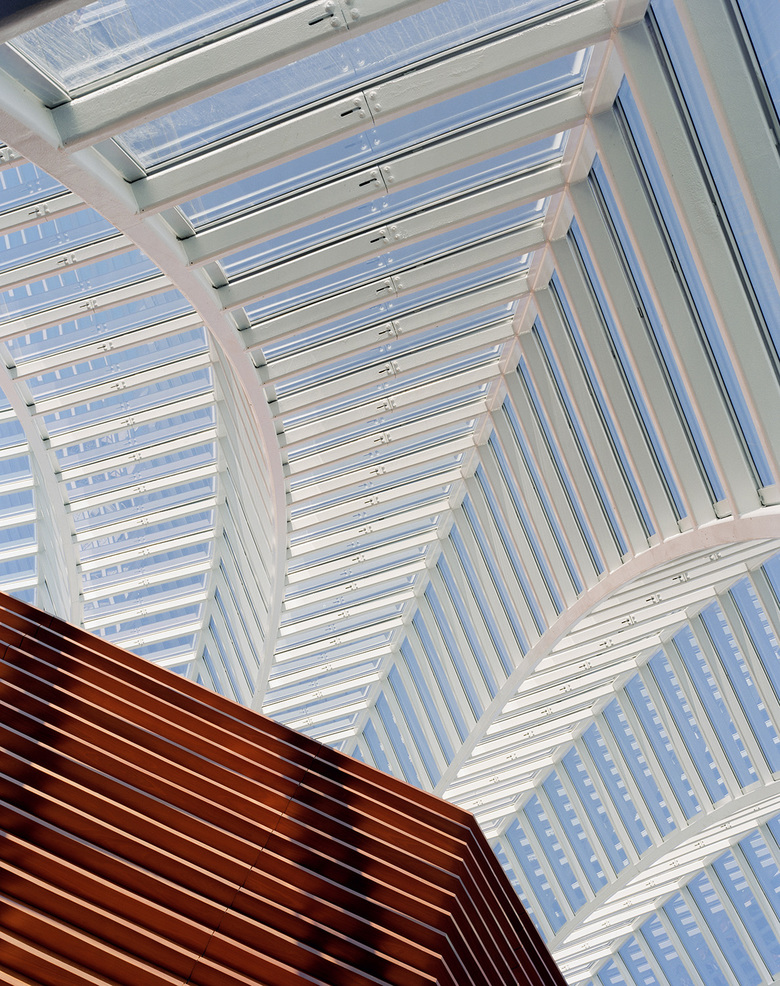 Kimmel Center for the Performing Arts

Rafael Viñoly Architects won the design for this project in a competition, after developing thirteen alternative schemes that explored variations in the placement of halls, lobbies, and event spaces. The firm was tasked with providing a state-of-the-art home for the Philadelphia Orchestra, a flexible theater for multiple types of performances, and a major new public space for the city of Philadelphia. Sited along the Avenue of the Arts cultural corridor on Broad Street, the Kimmel Center also furthers the revitalization of this primary north–south axis in the downtown area. The design treats the main program components as freestanding buildings on vast indoor Commonwealth Plaza, enclosed by a brick, steel, and concrete perimeter building and topped by a large steel-and-glass barrel vault roof that fills the interior with natural light.

The main symphony hall, the 2500-seat Verizon Hall, applies the acoustic principles of a cello on a vast scale, creating a mahogany-wrapped music space shaped like the body of the instrument. A series of operable doors augment the naturally resonant shape by allowing sound to flow into reverberation chambers that occupy the 16-foot-wide (4.88-meter) interstitial spaces between the Verizon Hall enclosure and its interior. A configurable acoustic canopy above the stage directs sound energy out to the audience while allowing the musicians to hear what they play clearly. “I used to play the cello, and there is a very direct connection between playing the instrument and creating a space like Verizon Hall,” says Rafael Viñoly.

The Perelman Theater, an intimate, flexible recital hall, can accommodate 650 for cultural performances and other events. Its turntable stage enables transformation from a conventional proscenium to a smaller stage with a concert shell and wraparound seating. A winter garden tops the theater and features striking views of the Kimmel Center interior and the city skyline.

Commonwealth Plaza, a sheltered extension of the sidewalk, encourages the fabric of the city to flow into the complex, where cafés, free performances, dramatic design, and the people who visit combine to create a dynamic civic experience.