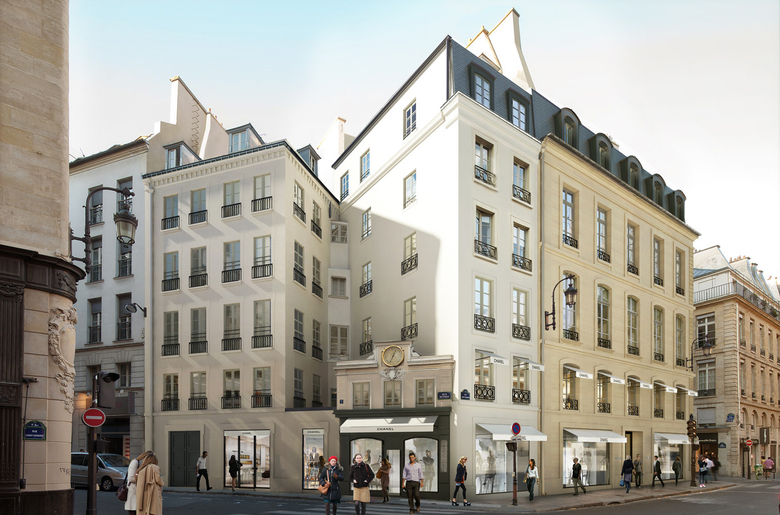 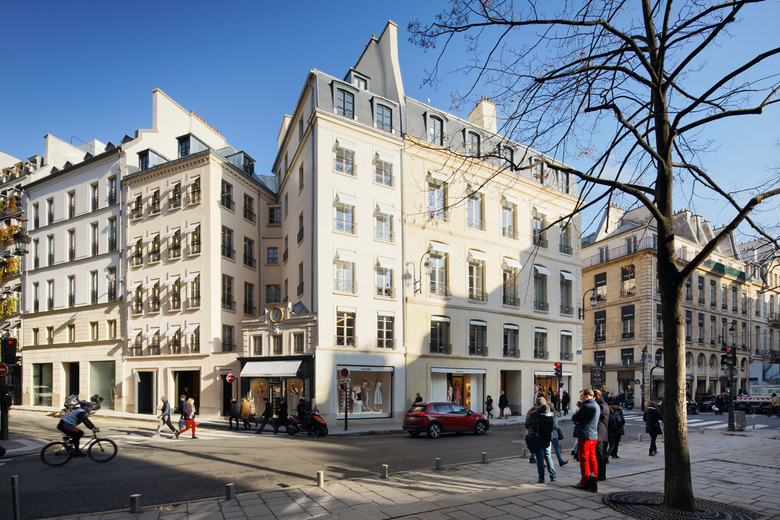 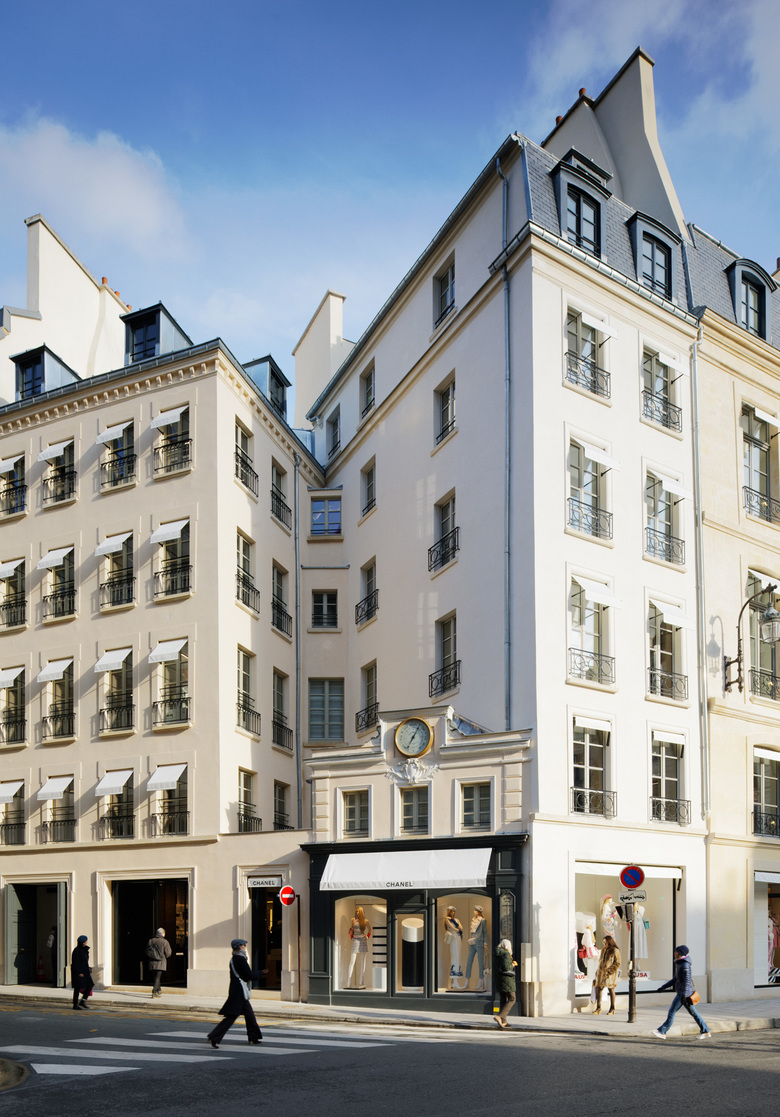 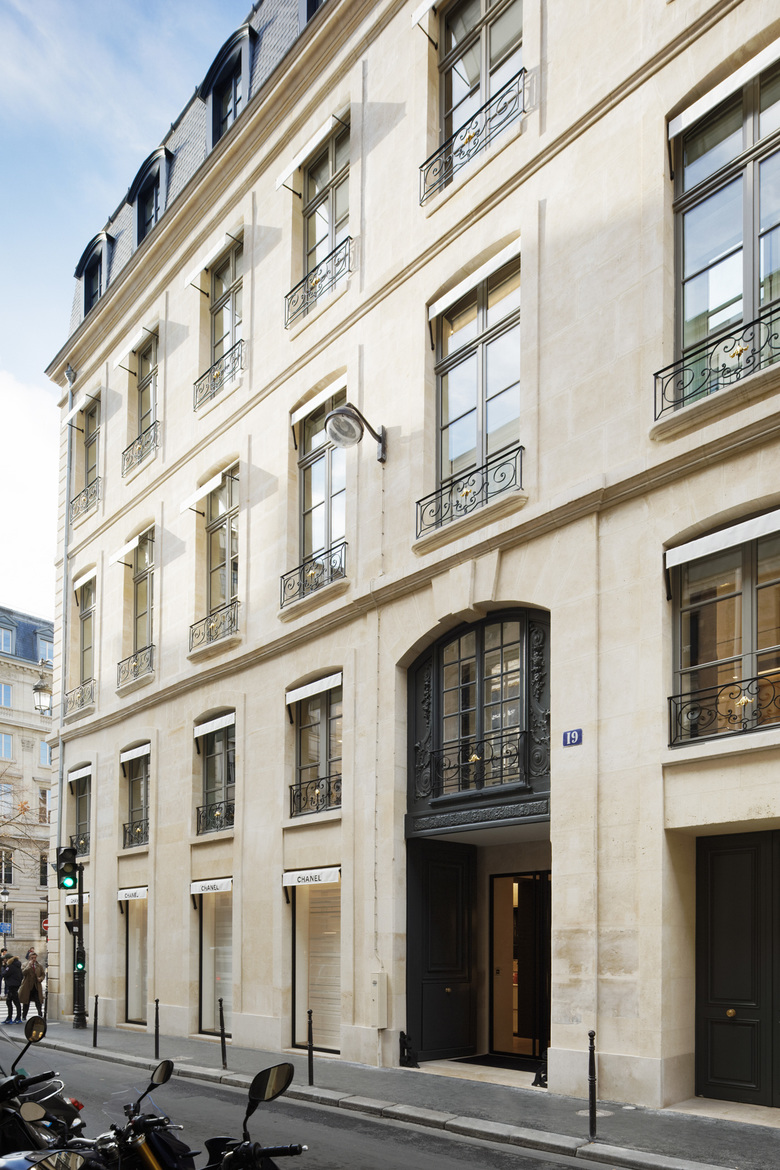 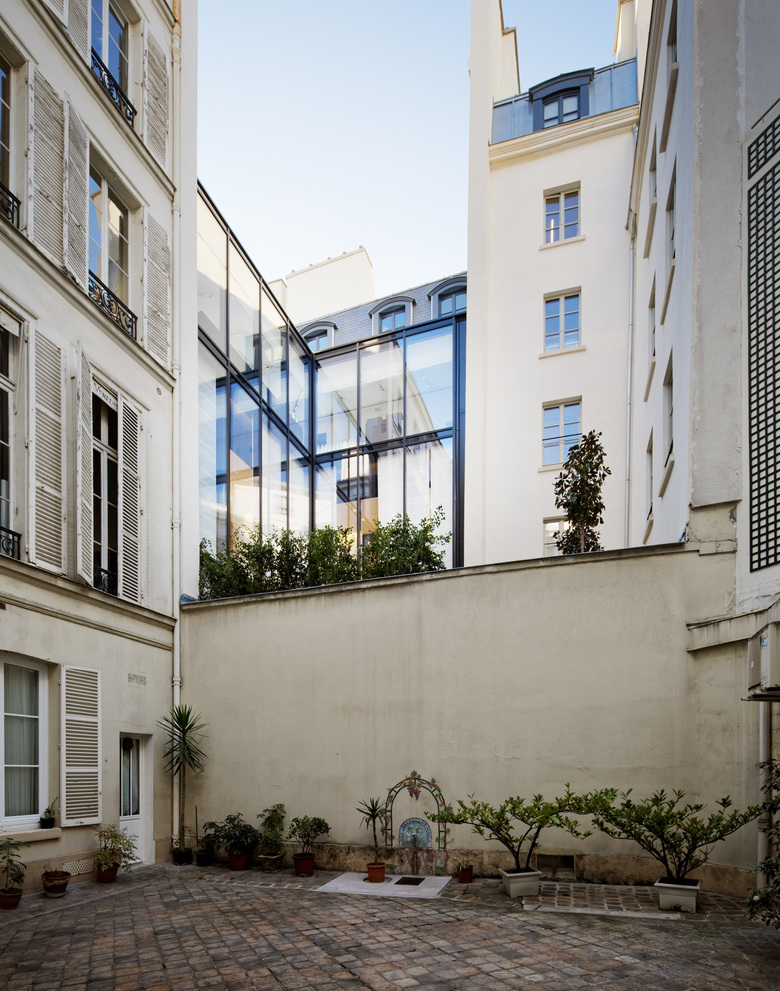 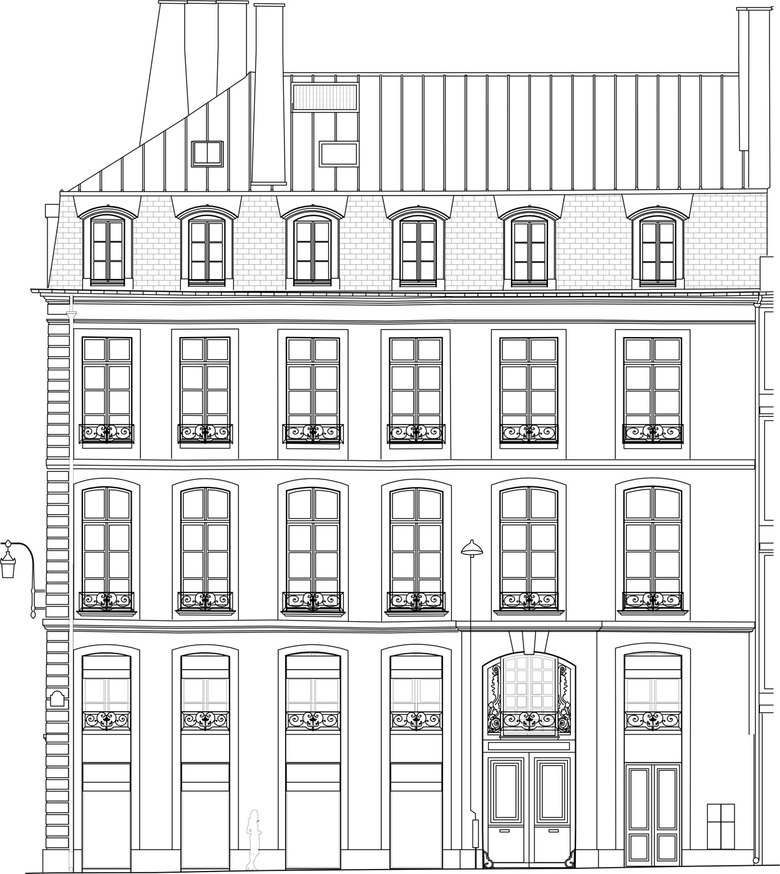 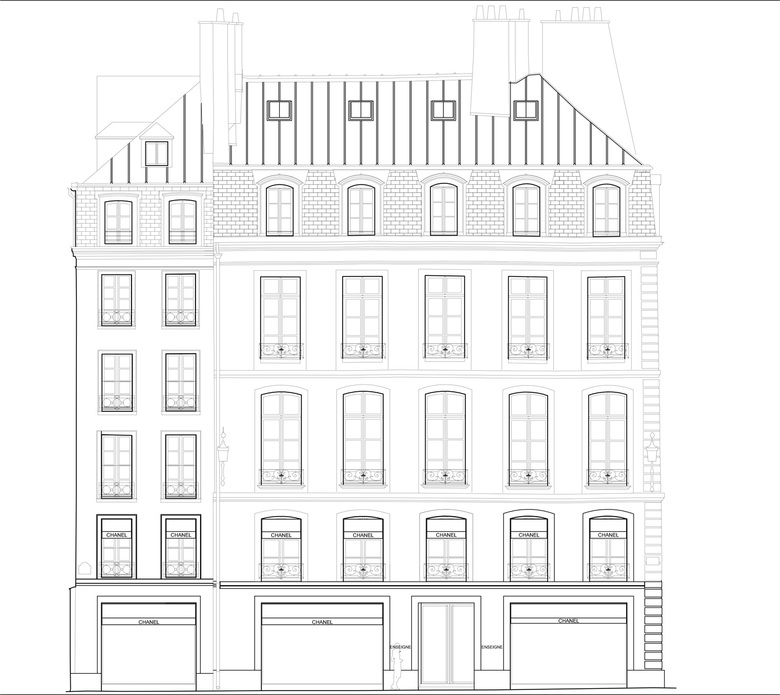 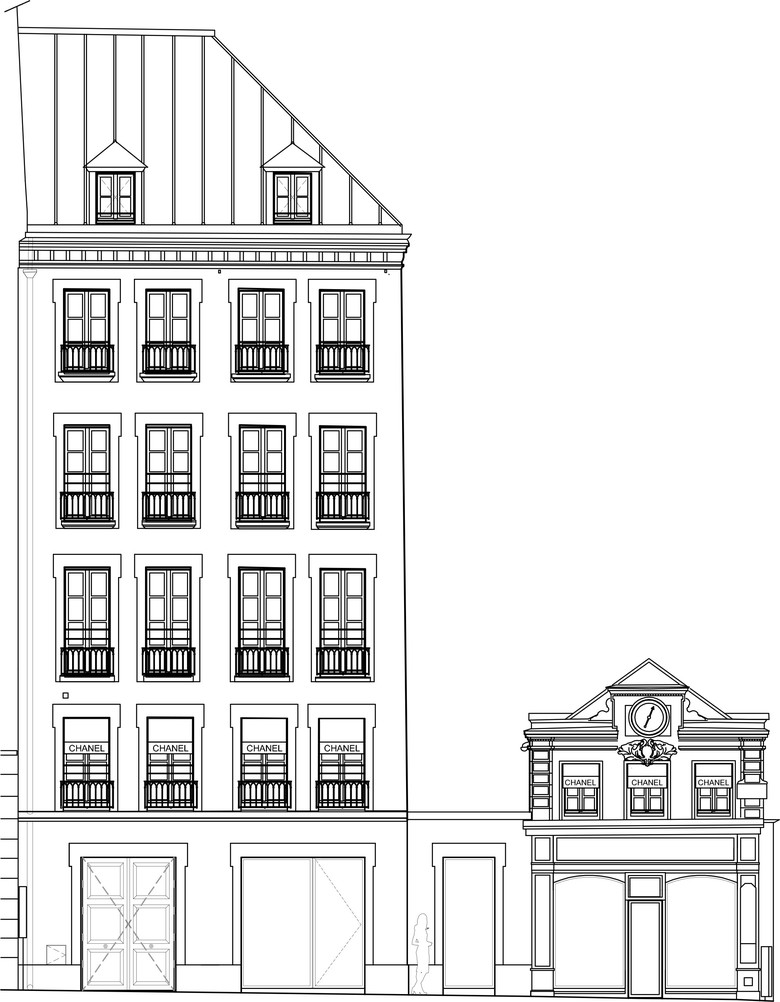 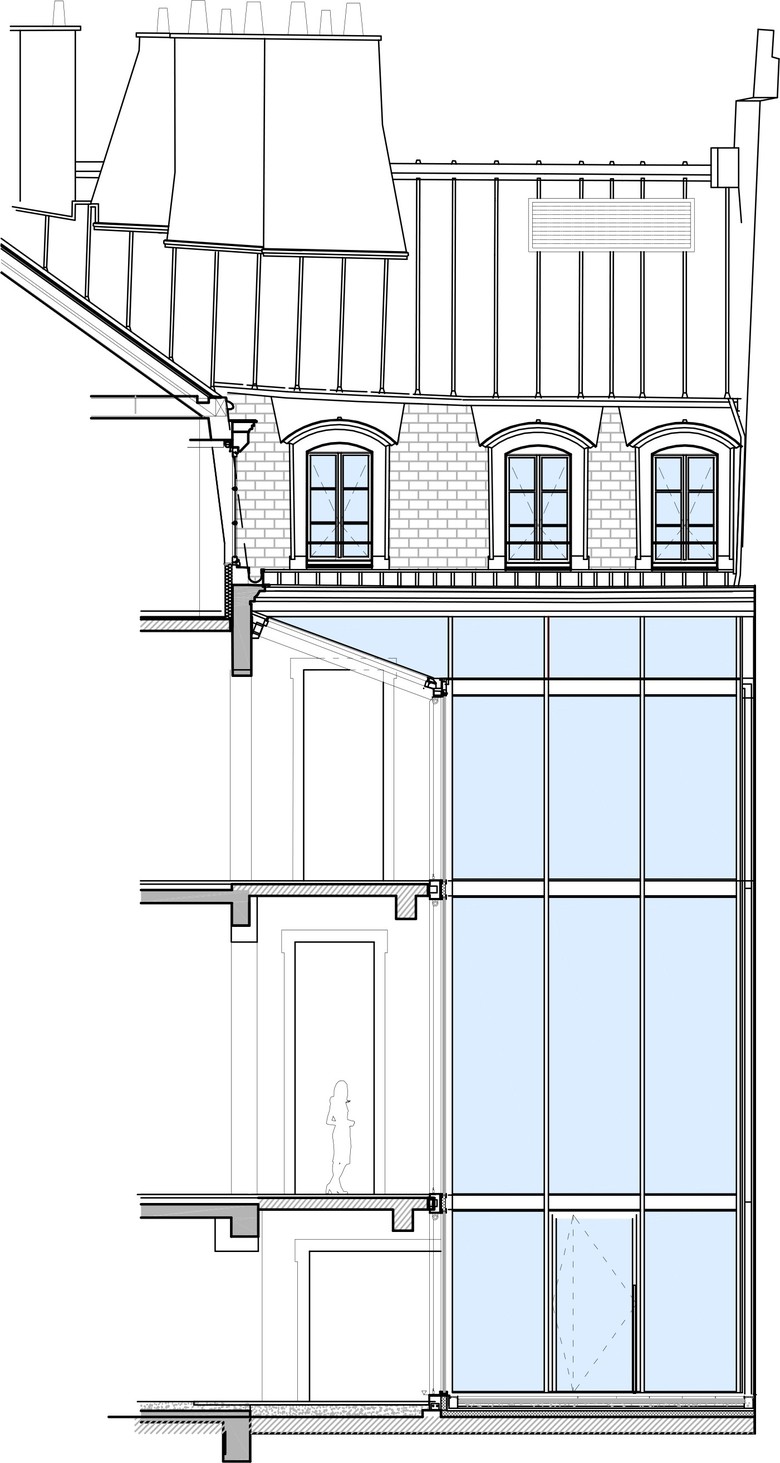 In Paris, the Rue Cambon is the very heart of French Haute Couture.
Jean-Paul Viguier et Associés revisits an inestimable architectural heritage for one of its most prestigious Houses.

At the number 19 of that very street, three independent houses come in succession, all of them protected by the Paris urban master plan. These historical houses were built respectively in the middle of the 17th, in the 18th and during the first third of the 19th centuries.

With this project, Jean-Paul Viguier et Associés’ main challenge was to combine the refurbishment and restructuration mandates with the preservation of each building’s own identity while creating a single address for the Couture House. The program focuses on one major principle: highlighting and reusing the most noteworthy elements of the original construction.

Part of the mandate was to reveal the historical stylistic pattern connecting the Rue Cambon, the Rue Saint-Honoré and the Rue Duphot. It results in the restitution of the original design of the facade from which the balustrades and the elegant porch on rue Cambon stand out. On the ground floor, the new store fronts are harmonized with the different stone shades which mark the respective dates of construction of the three buildings.

On the other side of the building, the 19th century glass wall has been remodelled so as to give it a contemporary character. The natural light coming through this 3-level monumental window gives shape to the interior.

Inside, the passage ways are inspired by that of the 18th and 19th centuries: flowing from one room into the other along the facade, with a parallel path at the heart of the building. The remarkable historical elements of the ensemble have been fully refurbished: the exceptional staircase from the 1800’s, the fireplaces, as well as the barometer-thermometers on the façade.

With the 19 Rue Cambon, Jean-Paul Viguier et Associés shares a part of its DNA by questioning the concept of architectural friction between heritage and contemporaneity. This enterprise has gathered many artistic talents and professions: stonemasons, carpenters, metalworkers… Their knowledge and expertise, similar to that of the Couture House, contributed to unveiling the hidden treasures of the place.

The project is a combination of an intense phase of research on the history of the original buildings, a close collaboration with the Paris Department of Heritage Architecture and a three-year long construction phase. The outcome is a majestic flagship honoring the name of the most prestigious French Couture House.