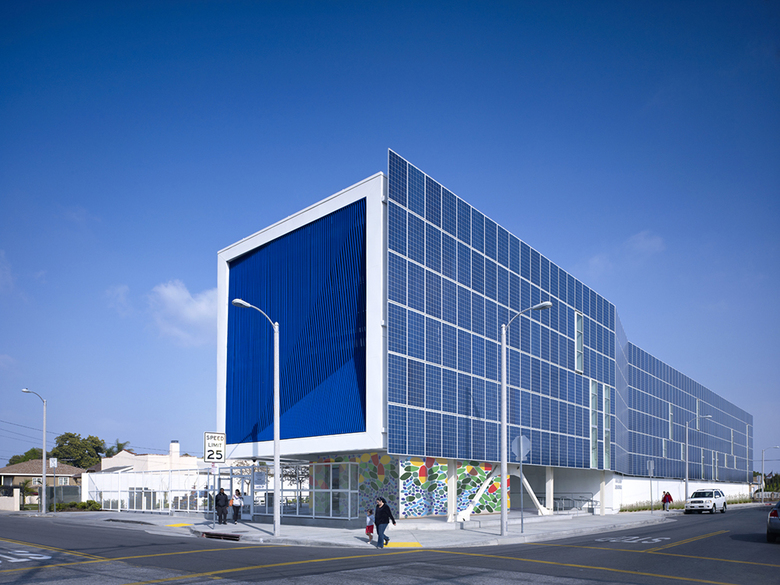 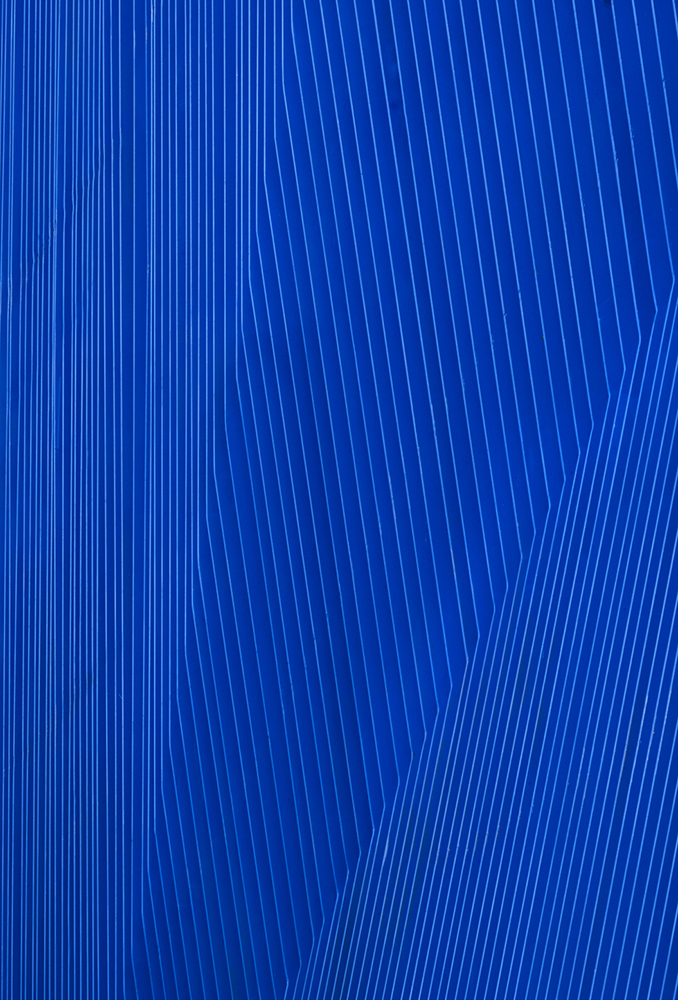 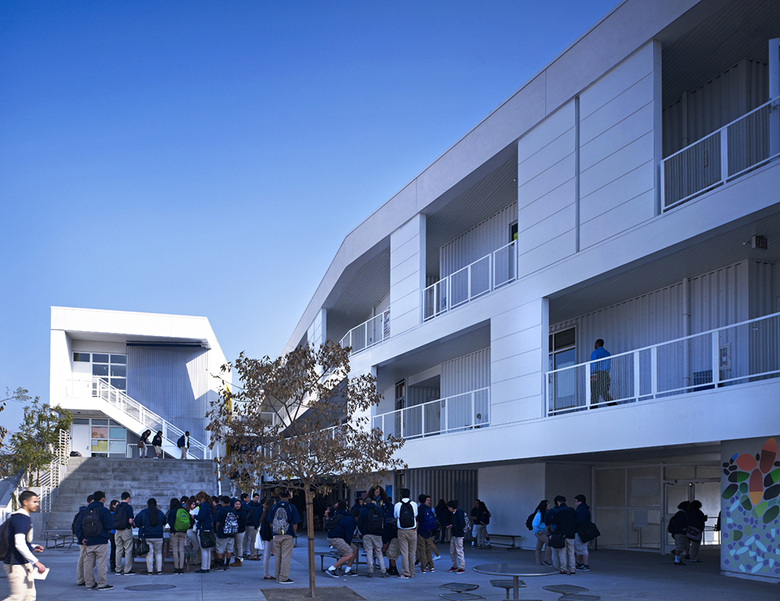 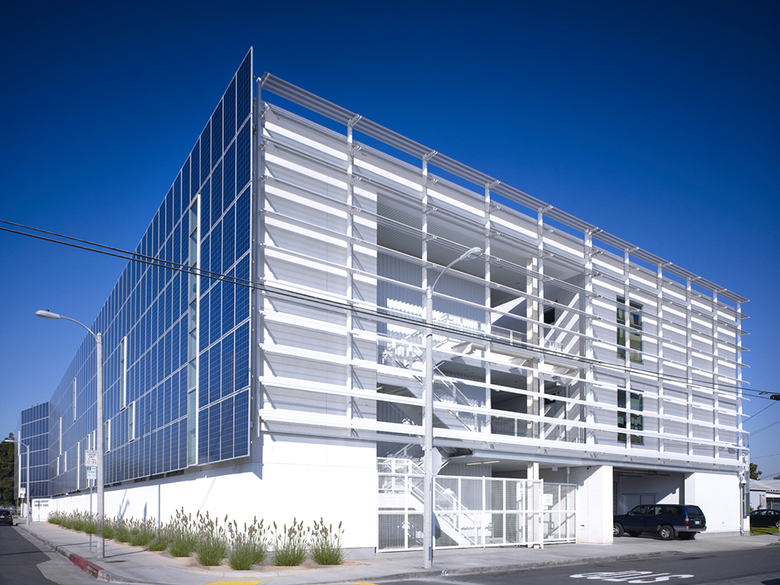 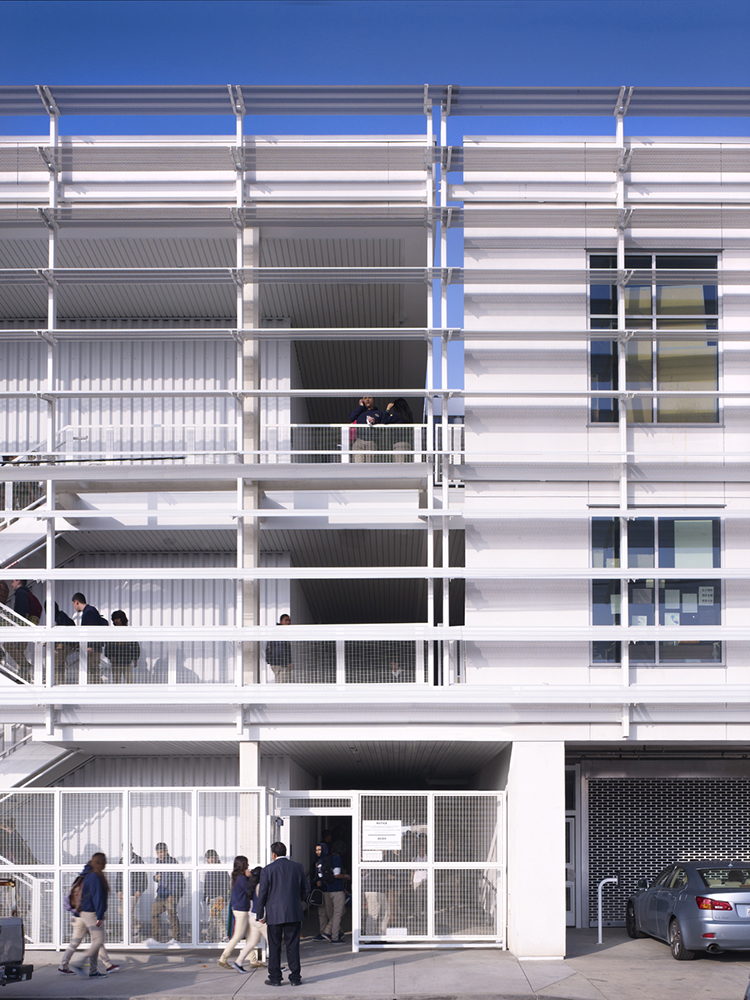 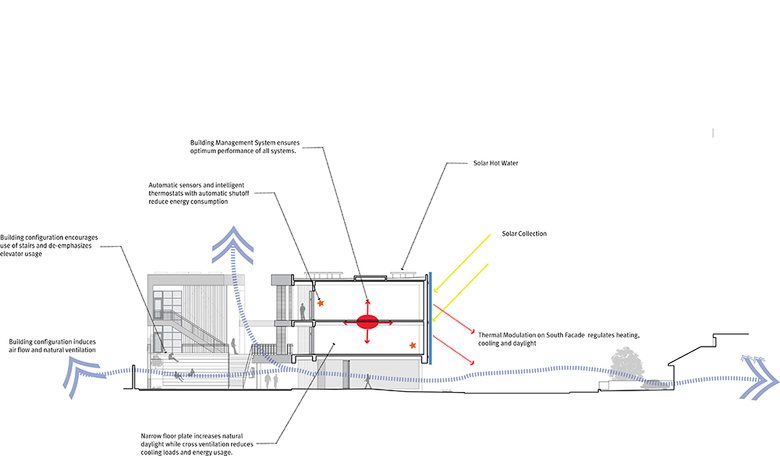 This new public school for 500 students is located in a tough South Los Angeles neighborhood almost directly under the flight path into LAX and adjacent to the very busy 105 Century freeway.  The design was influenced by the New Orleans architects Curtis and Davis who designed and built many schools in the early 1950s in Louisiana.  Their designs adapted to the harsh southern climate without using air conditioning, creating sustainable light filled and poetic spaces for kids to learn.

Similarly, this project is designed to enhance passive sustainable strategies.  It allows for abundant natural light, ventilation and view, while shading itself and inducing airflow.  The south facade is clad with 650 solar panels that shade the building and provides 75% of the energy needs for the school. Implementing these strategies will reduce carbon emissions by over 3 million pounds.

Certified by the Collaborative for High Performance Schools, aesthetics, sustainability, and cost-effectiveness were considered in every design decision. Taking full advantage of the region’s temperate climate, the designers eschewed the fully contained “big box” idiom of conventional schools on the primary use site. Instead, a landscaped courtyard with multifunctional “bleacher” terracing flows into the open-air covered lobby and the multilayered paseo, lending the school the appeal of a collegiate campus and offering significant environmental benefits—improving daylighting and access to fresh air both inside and out—while providing substantial cost savings by limiting artificial lighting and thermal conditioning to the smaller enclosed spaces.

Step Up on Fifth