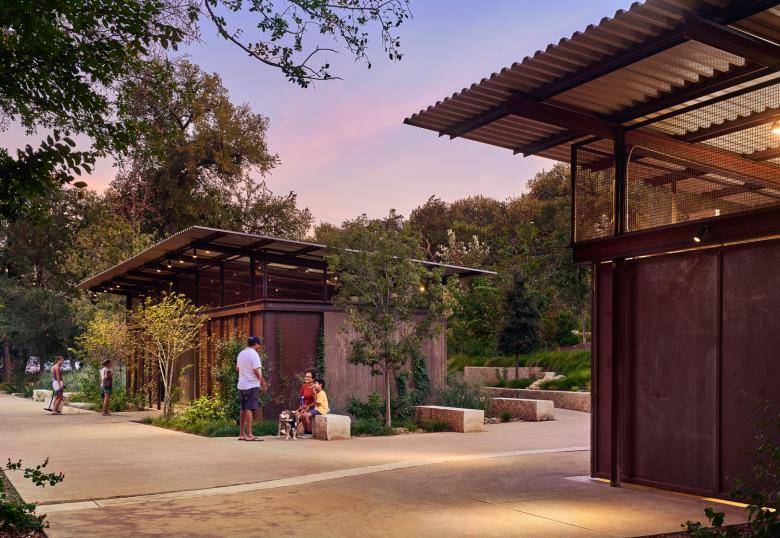 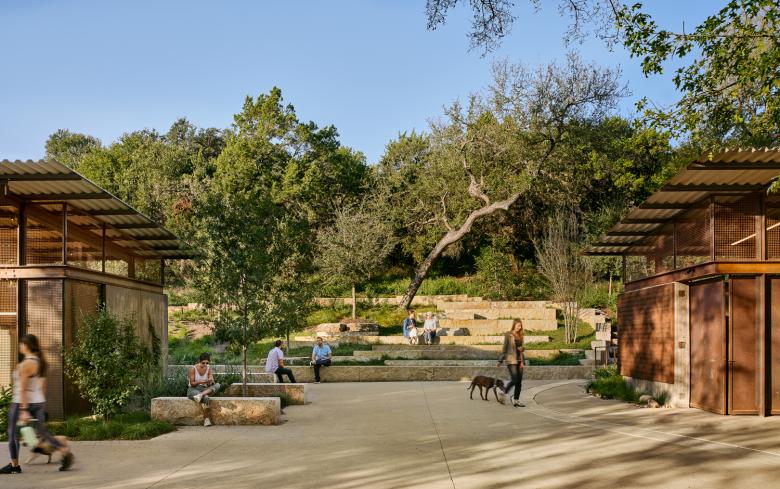 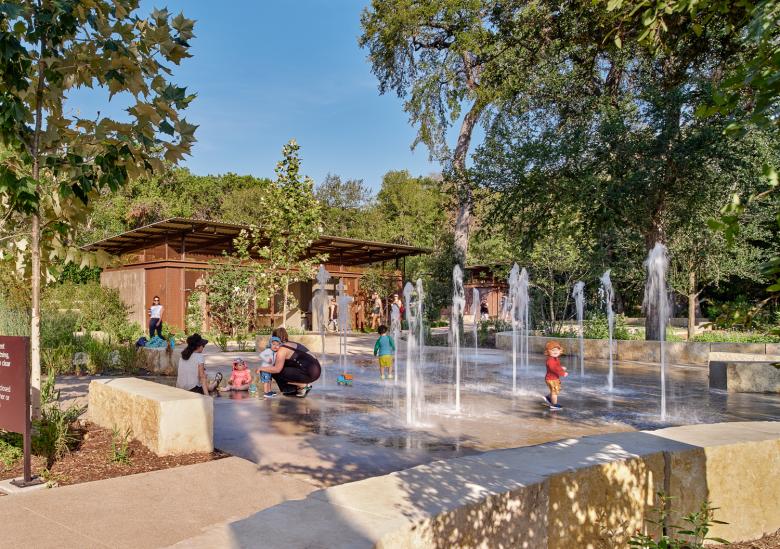 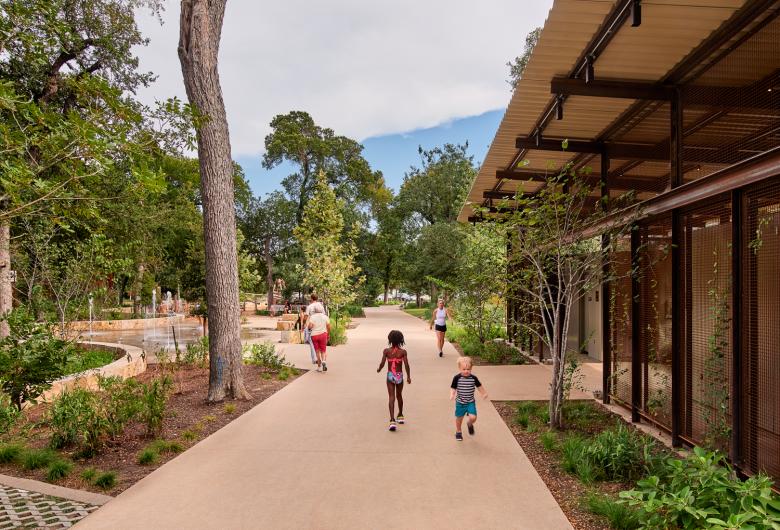 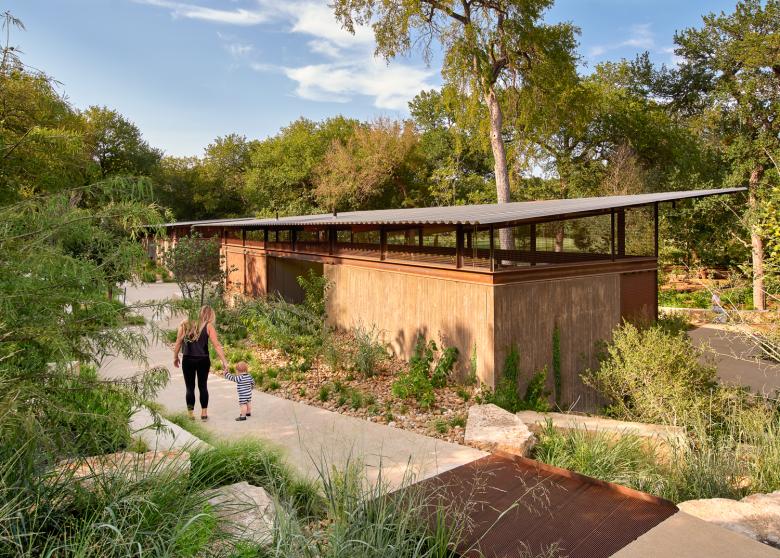 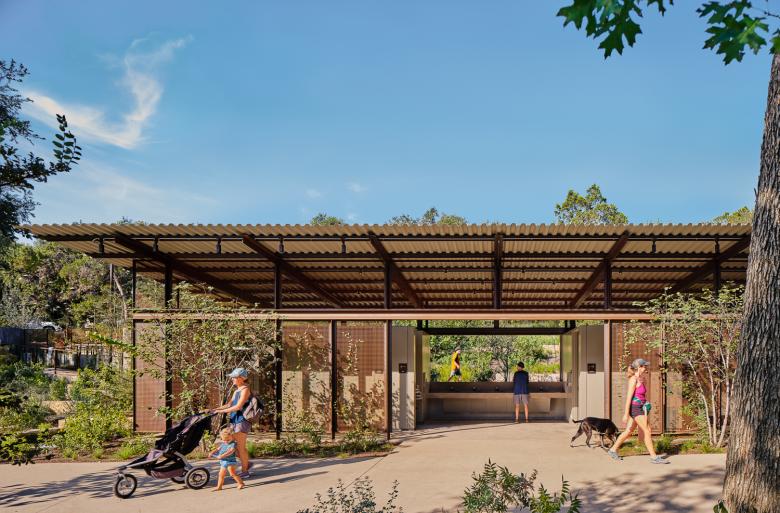 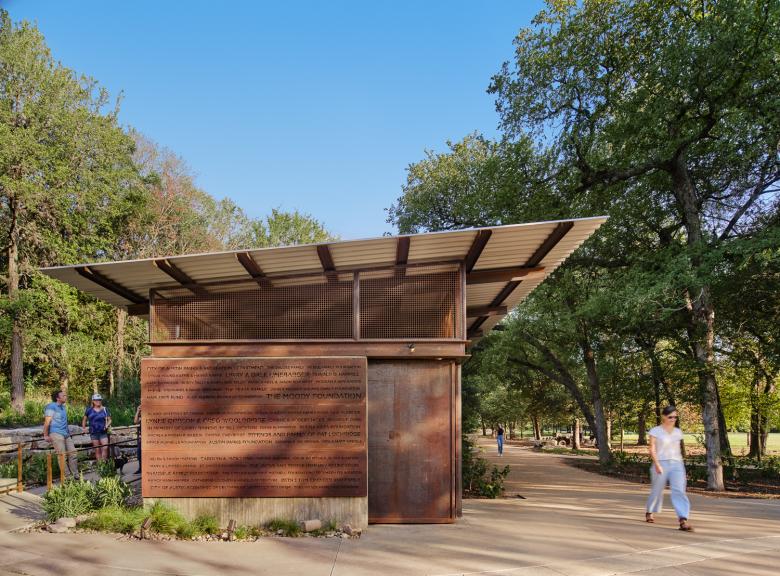 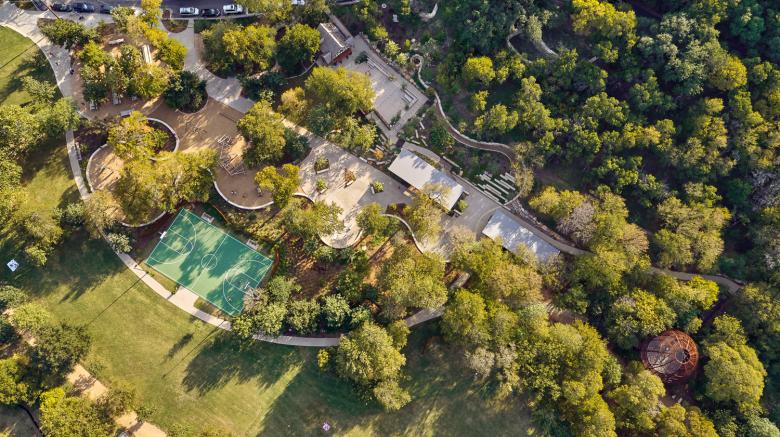 Known as Austin’s first park, this 84-acre public green space has a rich history spanning from ancestral native civilizations to the city’s founding mothers and fathers; its popularity endures with Austinites today. The first phase of the park’s rehabilitation, preservation, and enhancement, completed in collaboration with Ten Eyck Landscape Architects and Mell Lawrence Architects, affects the park’s southernmost tip, affectionately referred to as its “recreational heart and cultural soul” and is the first phase to be implemented from the Master Plan.

Built in the 1920s, the Tudor Cottage is one of the earliest park facility buildings constructed in Austin and sits on a bluff overlooking the southern end of the park. Originally built as a restroom, the cottage was transformed into an ideally-situated event space given its close proximity to park activities. Interior walls were removed to open the space up into a single room, and a new roof structure allows a vaulted ceiling to create a more expansive sense of space while maintaining its original structure. A north-facing glazed opening connects the interior to a large terrace overlooking the park.

Located on the park’s western edge near the cottage, two new buildings serve to support the park. With walls of steel mesh for ivy to overgrow, the buildings tuck into the slope of the hill and gently recede into the background. The tree-covered hillside inspired the buildings’ muted material palette of vertical board formed concrete and weathering steel, where the patina will develop with time. A restroom building is organized like a classic dog-trot, with the vanities in the breezeway, looking through the building into the woods beyond. The storage building opens up to a new courtyard connecting the two buildings, where park goers and volunteers can congregate. With amphitheater-like seating built into the hillside, this space is the perfect spot to organize park volunteer workdays or just rest in the shade.