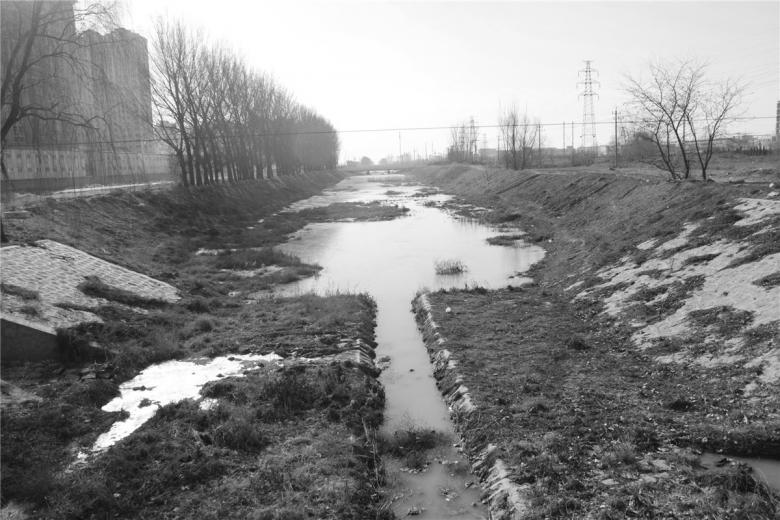 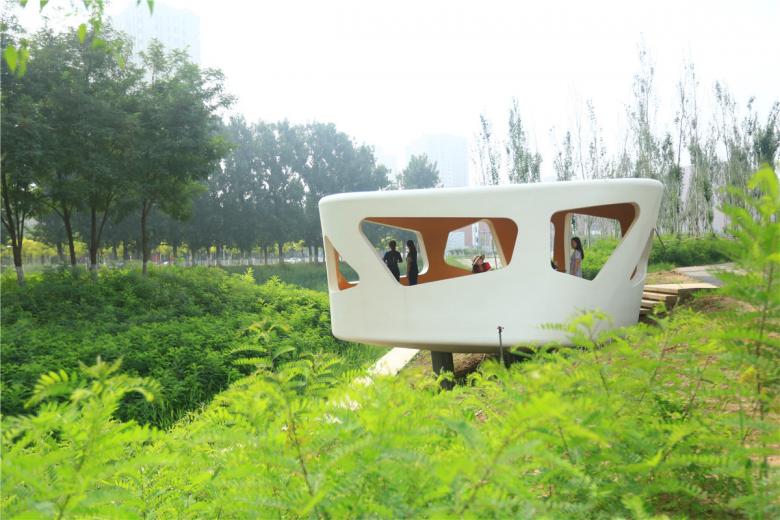 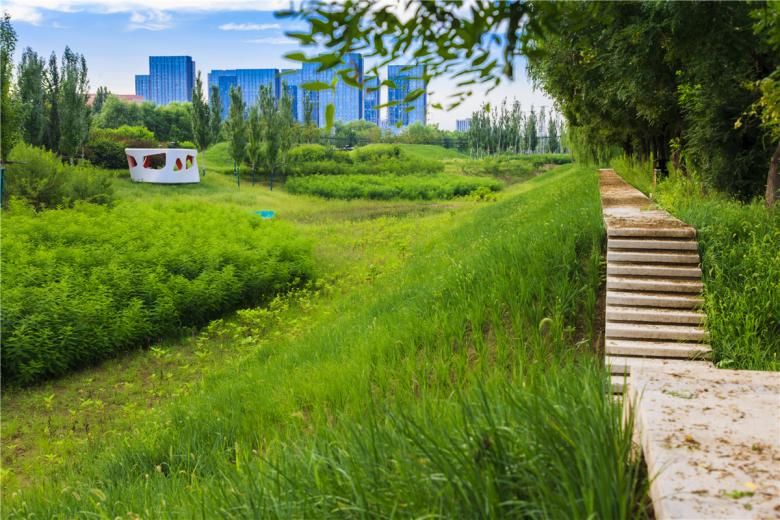 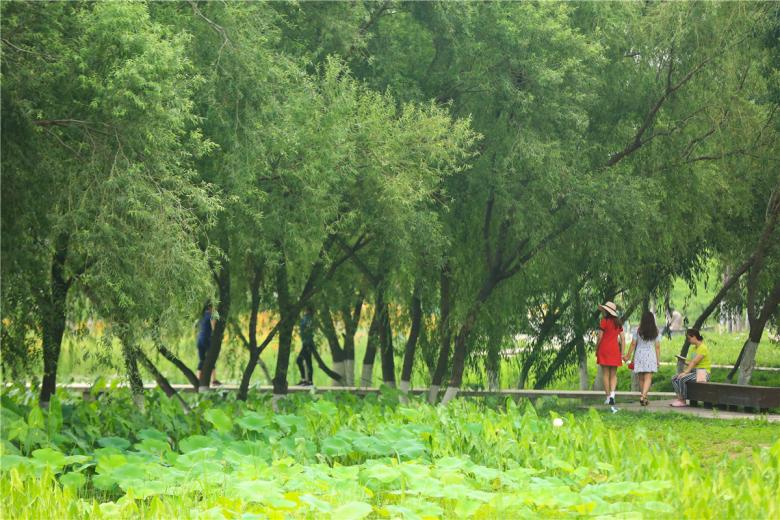 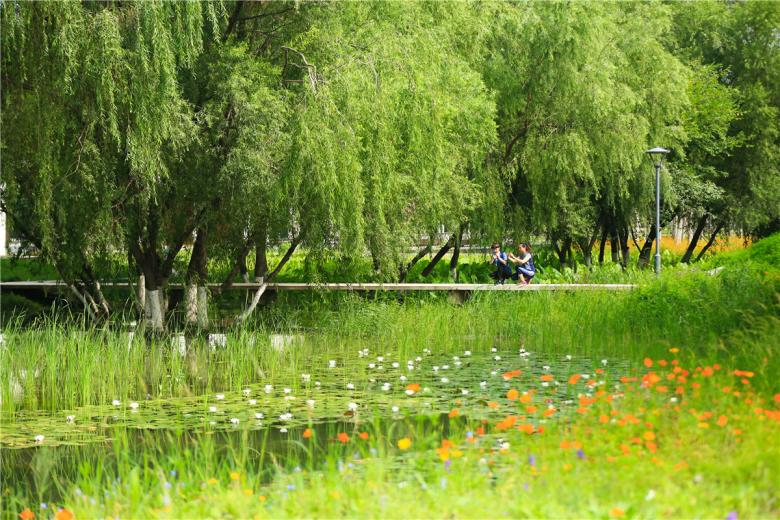 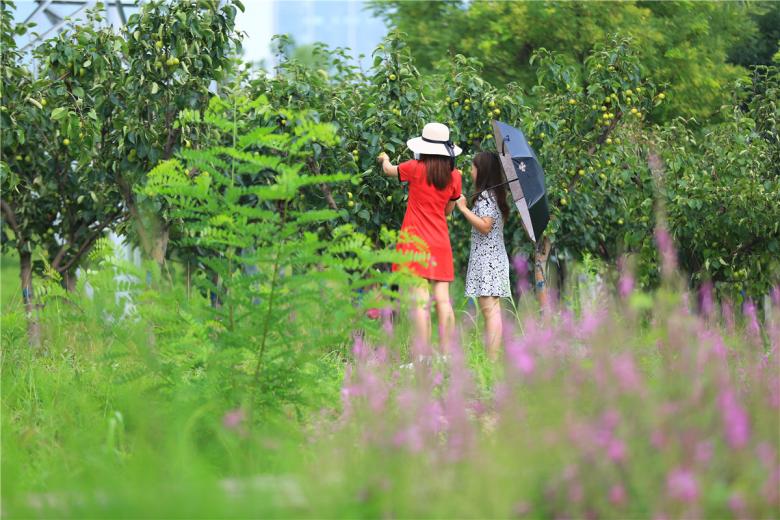 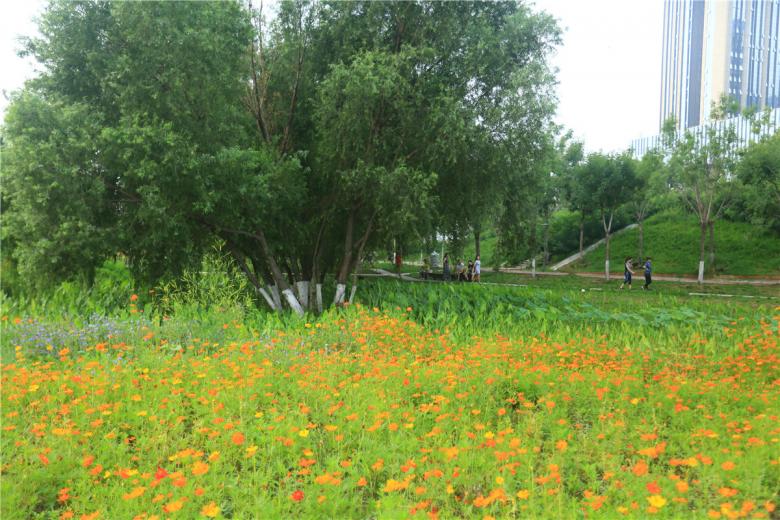 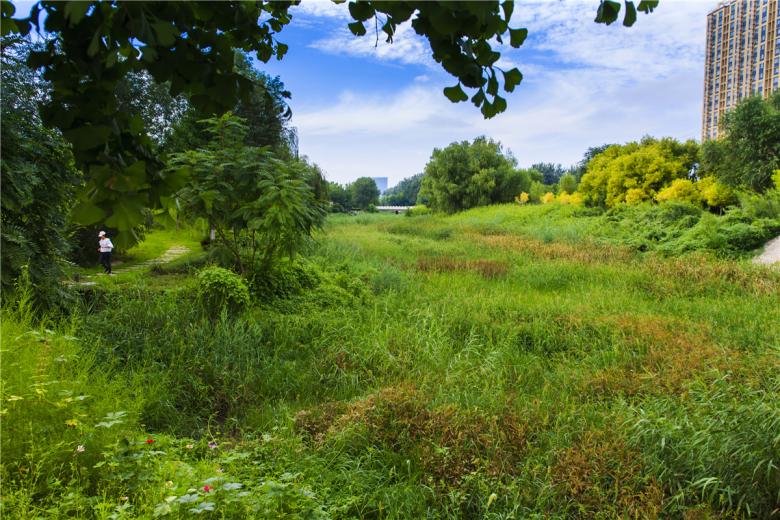 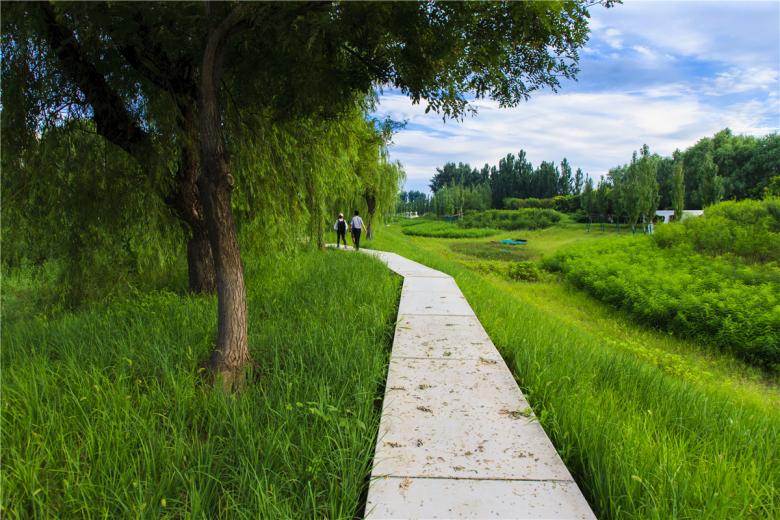 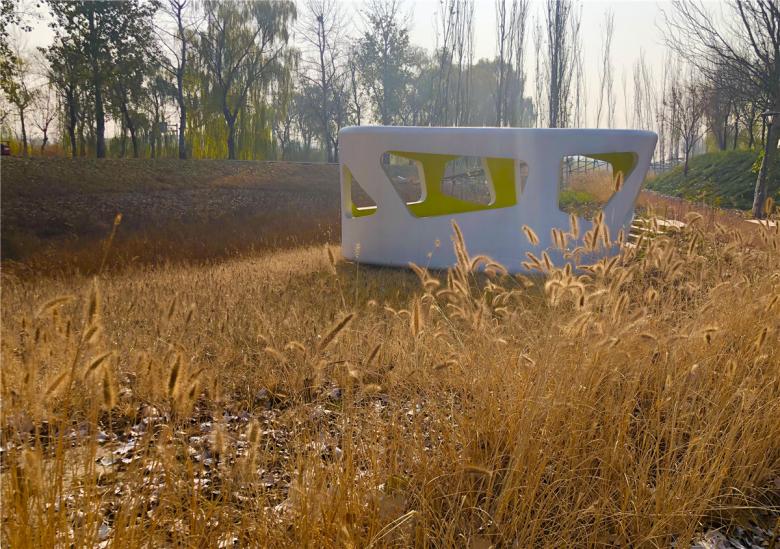 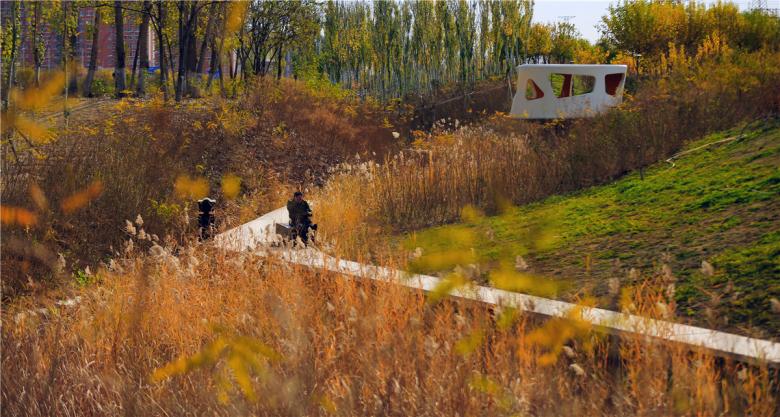 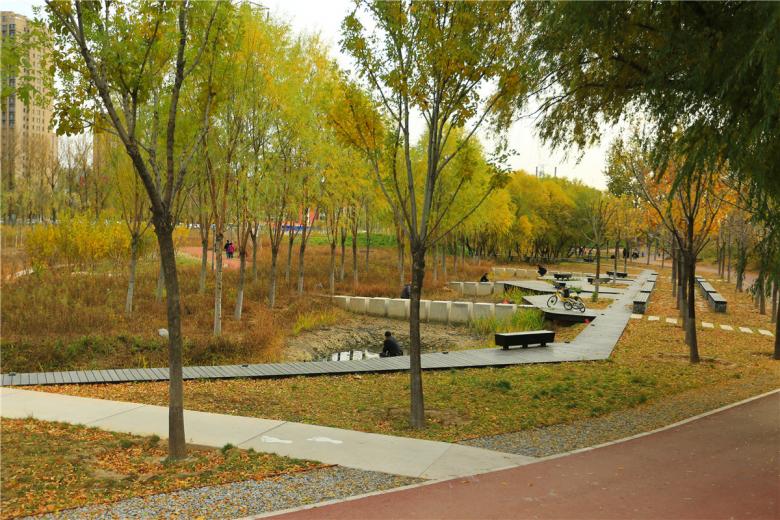 Conneting the new Beijing Daxing Capital Airport at its north end, Yongxing River, originally named Tiantanghe River (The Paradise River) is a main drainage of stormwater for an area of 300 plus catchment area, and 37 kilometers long. It had channelized since 1960s and then continually being dredged and lined with concrete. Some section of the river bank are lined with willow and popular trees. It is a seasonal river and is dry most of the time in the year and become the polluted with sewage from factories and settlements along it, and flooded during the monsoon season. The expansion of the built up area and increase of impermeable surface along the river make it necessary for the river to increase capacity of flood retention, meanwhile, the new communities along the river has a eager demand for a clean river and more green space for recreation. It is lucky that the land use planning has set aside about 100 meters at the west side of the river as public green space so that the drainage may have enough space to be expended. It was planned that the drainage reconstruction project covers the upper reach 17 kilometers of Yongxing River with a total area of 150 hectares.

The challenges are multi-faceted:

(1) How to break through the conventional hydro engineering solution of widening the channel and making it lined with concrete meanwhile cut the pre-existing trees on the decades’ old riverbank, and instead create an ecologically sound constructed drainage;

(2) How to make the new seasonal drainage be water resilient and able to accommodate 100 years flood during the monsoon season, meanwhile create a pleasant public space to fulfill the recreation demand of the local communities year round;

(3) How to make the construction process economically inexpensive and technically easy at such a massive scale landscape and be low maintenance for the long term. For these challenges, the landscape architect was called upon make use of the urgency of drainage reconstruction to develop a holistic design combining storm water management, habitat restoration, as well as public green space together as a green infrastructure.

To turn this initially flood control project into a green infrastructure that provide holistic ecosystems services, the following major strategies are taken:

(1) Preserve the existing trees All existing trees were preserved and integrated into the site plan. They are mainly distributed on the former channel bank.

(2) Cut and Fill to create sponge riparian corridor: Instead of separate water from the land, a porous landform is created to resolve the boundary between water and land. Through cut and fill on site, land forms of pits and mounds on the land, isles in the main drainage, and shallow area along the drainage shore are created; Concrete lined along the channel is removed and materials recycled on site to build the base of isles and mounds. A series of bio-swales are constructed along the edge of the linear green space to catch and filtrate the urban runoffs from the streets.

(3) Native and productive vegetation: various types of vegetation are introduced according to different habitats determined by the terrain and water condition. The slope of the drainage is covered with willow seedlings and false indigo bush that replace the concrete to keep the soil from erosion; The wetland plants of various kind are planted covering the drainage and the bio-swales; The mound are covered with dry resistant fruit trees including Kaki, Crab Apple and Hawthorn, which are widely grown in Beijing area; The ground is universally covered with self-reproductive meadows. Canopy trees are planted along the pedestrian paths and people places.

(4) People places and pedestrian network: A skywalk is designed to connect all sections of the greenway that otherwise segregated by crossing motorways; A network of pedestrian paths provide accesses in among the diverse habitats created in the sponge green; children’s playground, sports ground and plazas of various sizes are integrated into the greenway; Pavilions made of fiber glass and in the same form but with subtle variation in color are strategically placed in the landscape matrix to allow visitors to experience the landscape and become the highlighted focuses in green matrix.

In about three years, we designed 17 kilometers of Yongxing River and built 4 kilometers of it with a comparatively low budget 170 million RMB, the reconstructed urban drainage is a flood ready resilient sponge corridor. The native vegetation takes over the former concrete gray slope. The contaminated urban runoffs has been filtrated and water become cleansed through the bio-swales system; The productive fruit trees on the mounds inject seasonal excitement to the urbanized community with abundant flowers in the spring and fruits in the Fall. Over 13.5 kilometers of pedestrian paths are built that are used by local communities for jogging every day; Bicycle path is built along the greenway; Children’s playgrounds and exercises places are popular places for the local residents to hang out in crowds; Five pavilions are installed as resting places as well as art installations in the landscape that attract people to meet and chat and enjoy the views. It is now one of most popular public space in the city and constantly covered in the local news.