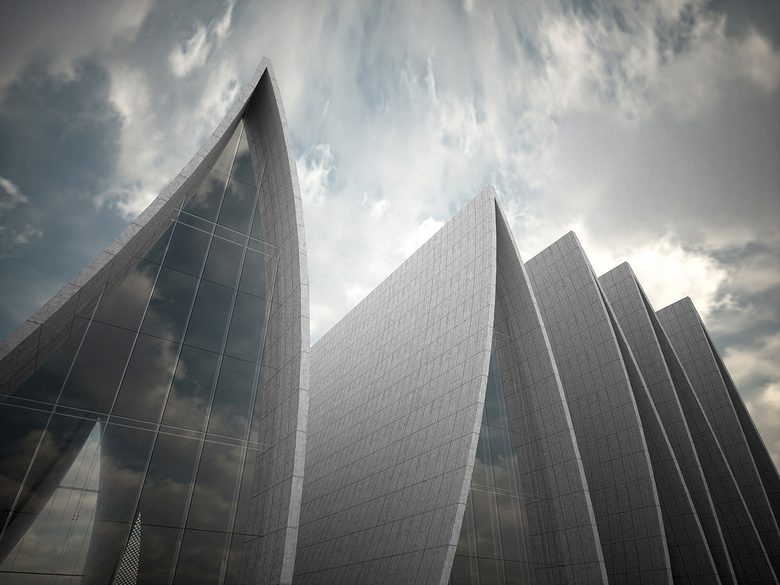 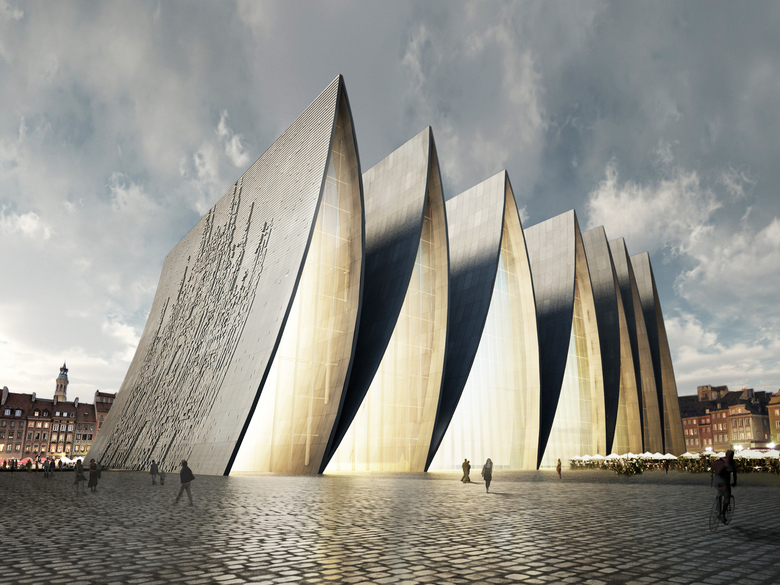 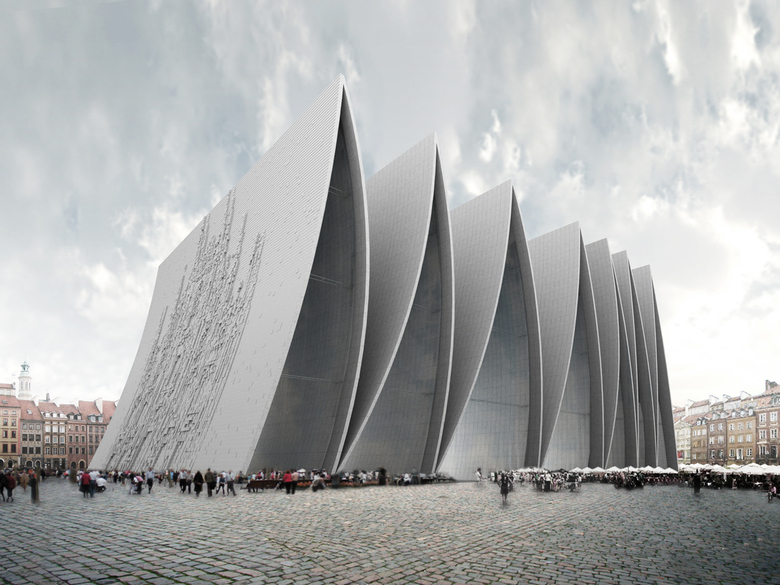 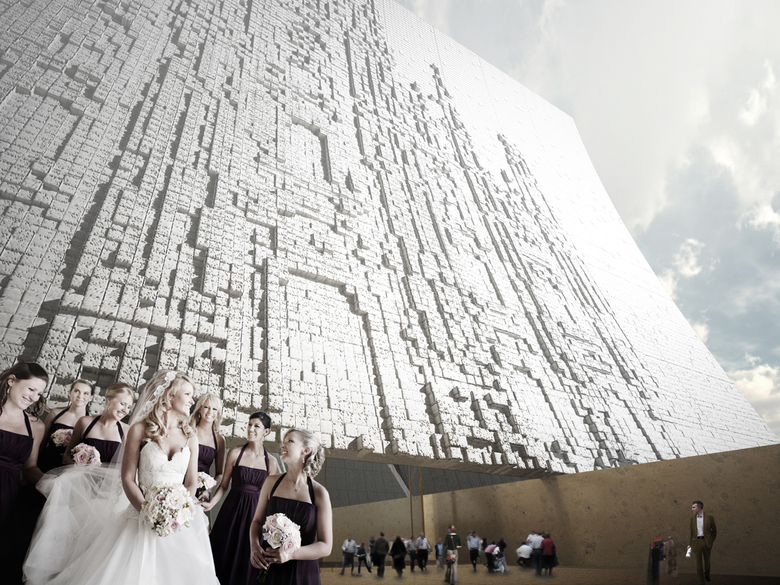 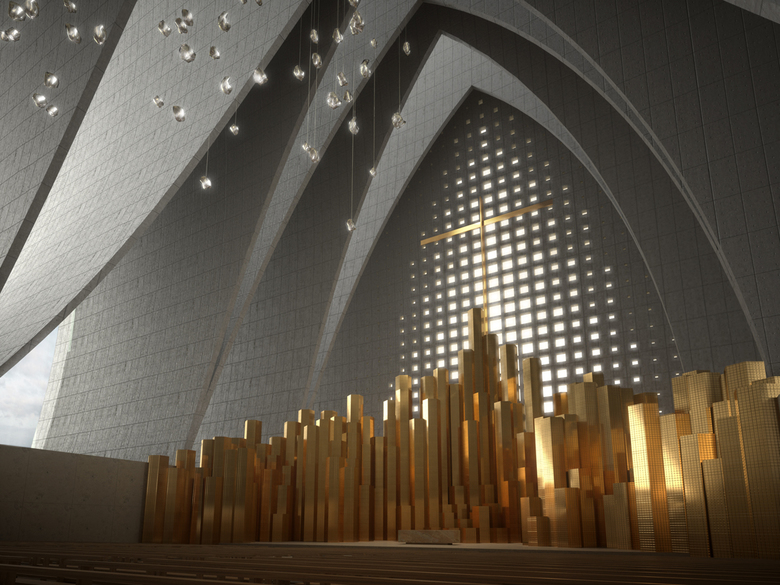 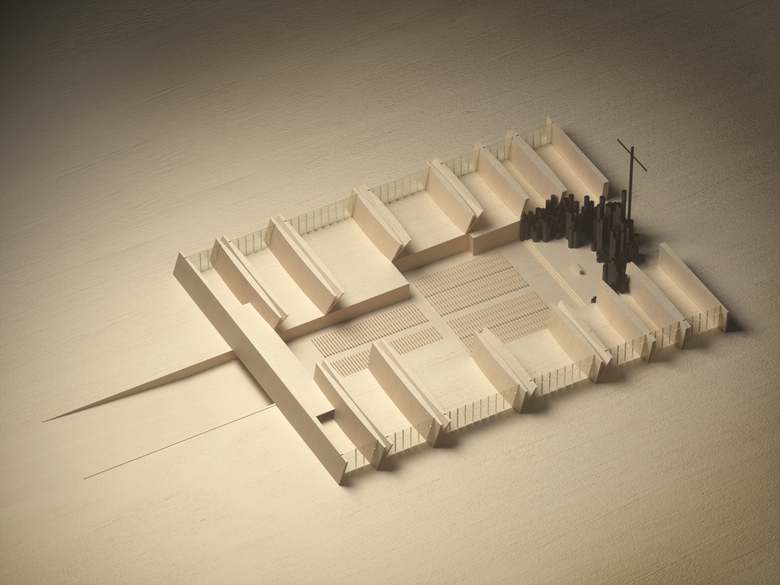 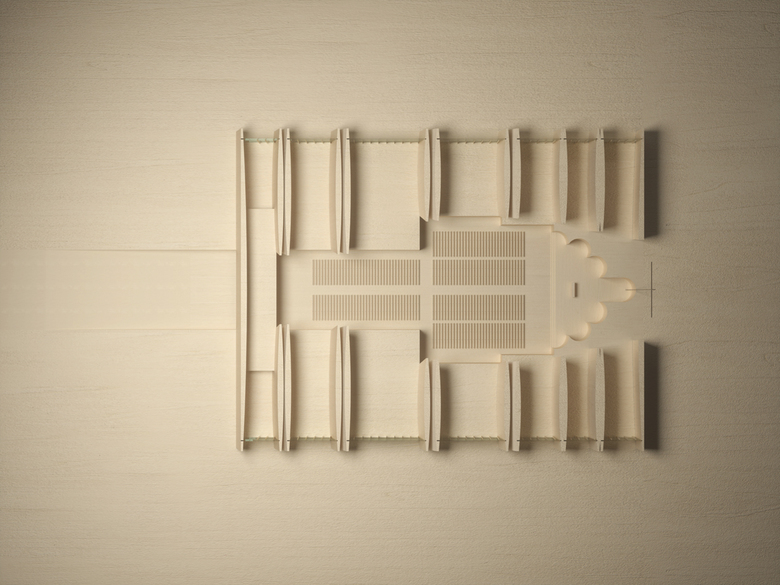 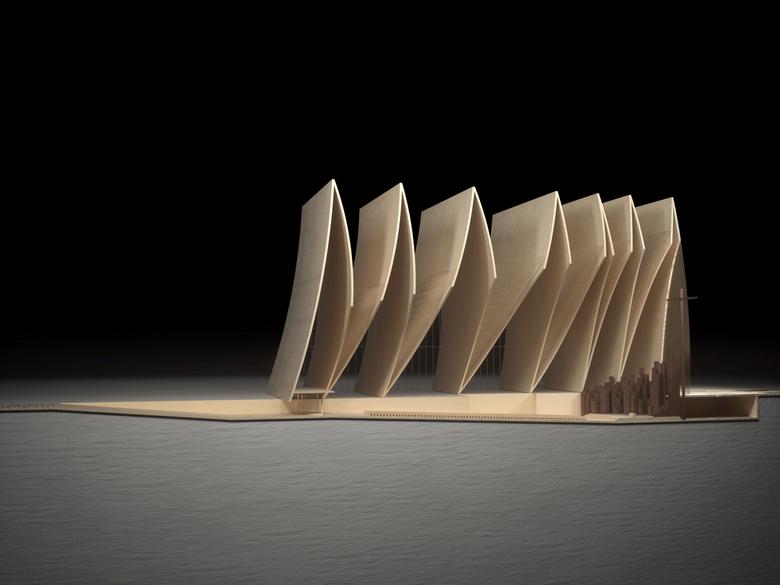 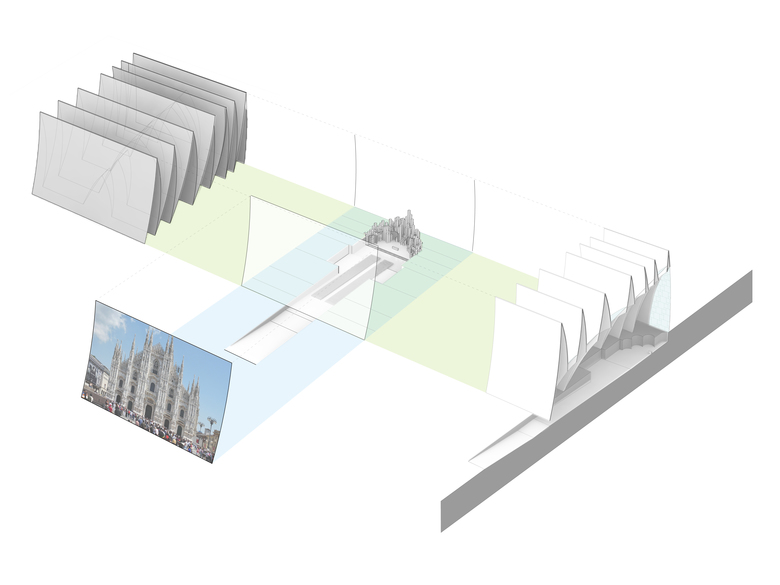 For the faithful, the centuries-old foundation of the world’s great religions is a powerful symbol. Staying vibrant, however, means also viewing that ancient tradition through a contemporary prism. That was the aim of Axis Mundi’s proposal for a new cathedral in Strasbourg, France. The foundation, submerged below ground, represents the  Latin cross plan of historic cathedrals: a long nave intercepted by a transept. The façade also evokes Gothic cathedrals with a digitized bas relief depicting abstracted arches, towers and tracery that become more visible as the sun casts shadows on its limestone surface. Behind that façade, however, the familiar arches and groin vaults are replaced with a progression of slanted accordion folds conceived on the soaring scale of Europe’s famously inspiring basilicas. Glass walls between the folds invite in floods of glorious light, which come to rest on a dramatically minimalist altar and pulpit inspired by the basalt columns of Giants Causeway in Northern Ireland. Rising from it is a pure, unadorned bronze interpretation of Christianity’s most enduring emblem: the cross.